Paul and Delanie Trusty did not start farming until they were in their 50s, but it was the fulfillment of a long-standing aspiration.

The Trustys farm near Hillsboro, in east central Missouri, raising meat chickens and layers as well as produce. They call it Oak Grove Valley Farm and sell what they grow at local farmers markets, along with some direct- to-consumer sales. Their experience was one many beginning farmers face, dealing with the questions of how to fund their venture.

“Farming, it’s so capital-intensive,” Delanie says. “How are you going to afford this?”

The Trustys started small and slowly grew their operation, taking advantage of resources and education available for beginning farmers.

Also, having a diversified operation has helped them succeed.

“We raise meat chickens, we raise Cornish cross,” Paul says. “We also have layers, and we raise turkeys for Thanksgiving.”

They have also worked to find ways to add value to their products, for example, partnering with a processor to produce flavored bratwursts.

The Trustys attended a University of Missouri Extension beginning farmer program, taught by local Extension agent Debi Kelly, which helped them learn more about the business side of farming, resources available for farmers and also how to grow good crops and livestock.

“The class was really cool because you were in that class with other couples who had farming dreams,” Delanie says.

They worked with an FCS lender to help them get started, buying their 87-acre farm in 2012. Paul says they were able to secure a USDA Environmental Quality Incentive Program grant to build a high tunnel to grow vegetables to sell. Delanie says with the variations in Missouri weather, having vegetables growing under a roof is very beneficial.

The Trustys are both 63 now. Paul retired from his off-farm job two years ago, and jokes he’s never worked as hard as he does now, and Delanie still works as chief financial officer for a nonprofit, providing some off-farm income.

Paul says their vision started out as simply having some land and growing food they would eat. He was inspired by family members who had farmed and grown a lot of their own food. But soon enough they started selling a little of the extra they produced, and quickly realized neighbors and people in their community had interest in buying food grown locally.

“We found out, ‘wow, people like it and they want this,’” Paul says. “We’ve tried to gradually meet demand as demand has increased.”

Delanie says they discuss how things are going on the farm and what they want to do next. She says they have winter planning meetings every year to strategize.

“We talk about what worked, what didn’t work, what do we want to grow next year, what type of equipment do we need to make it easier,” she says.

They are currently working to grow the chicken part of their operation, recently adding a “prairie schooner” chicken house that can be moved around, providing chickens with access to pastures while also fertilizing the land. Delanie says they are also looking into building a barn.

The Trustys say they continue to have a passion for farming and raising quality food for people.

“I just enjoy growing things,” Paul says. “I also enjoy building stuff and working with stuff. I’m in my element out here.”

His background is in construction, and he likes working outdoors.

“I enjoy being my own boss,” Paul says. “I love being outside.”

Delanie enjoys growing quality food for people, saying “Food can be like medicine.” She appreciates the process and interacting with customers.

“There’s just something about working in the soil with your hands,” she says. “It’s like therapy to me. And what’s really cool is when the consumers come and tell us how much they love our product. That feedback keeps the farmers going.” 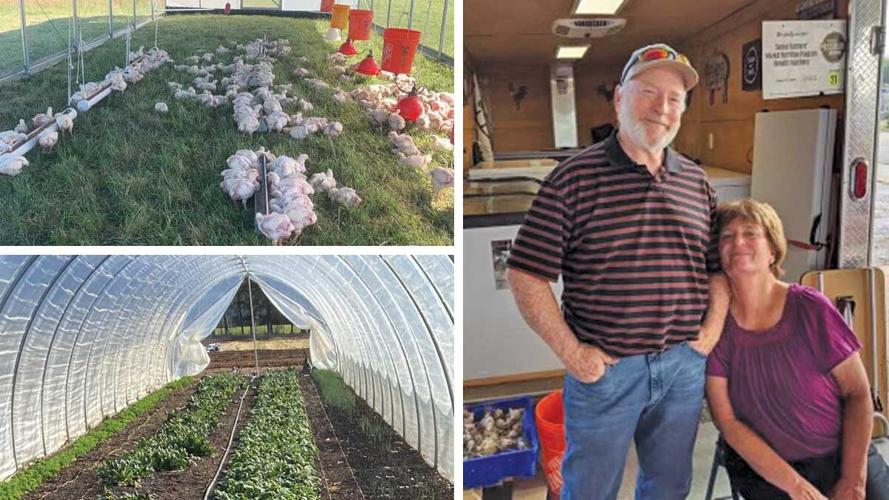 Paul and Delanie Trusty farm in Jefferson County, south of St. Louis. They sell chicken, turkey, eggs and vegetables at farmers markets and with direct-to-consumer sales. They say beginning farmer programs and resources helped them get started. 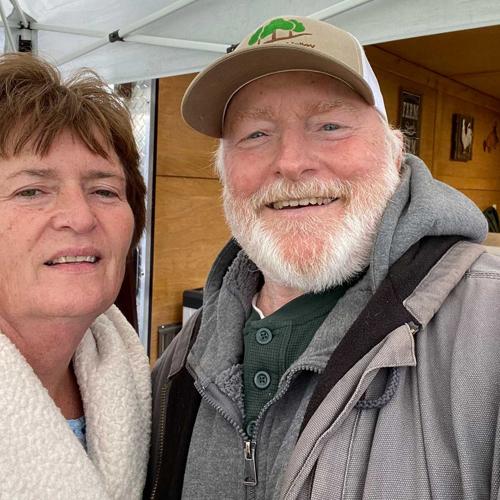