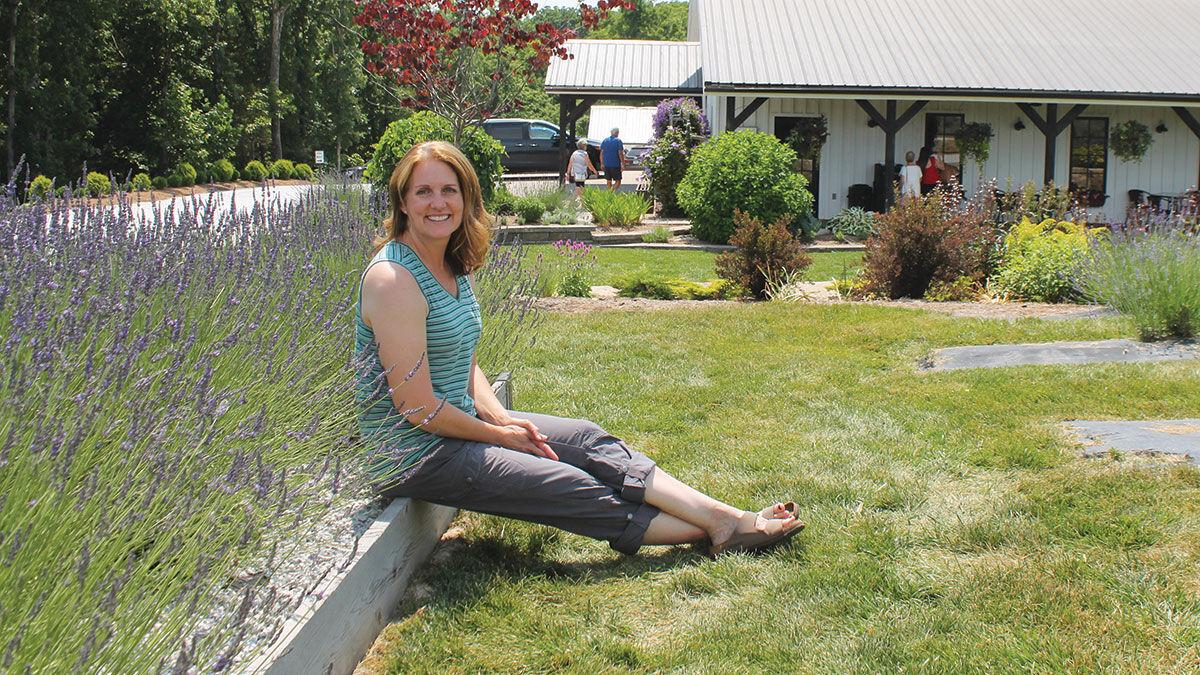 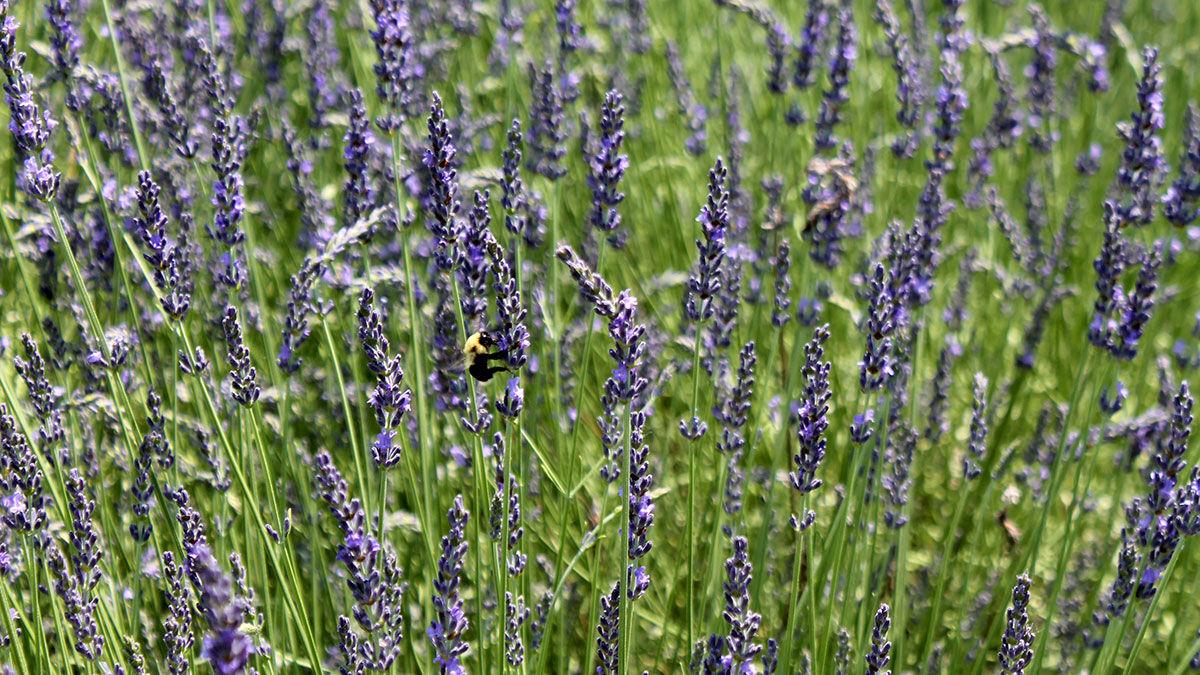 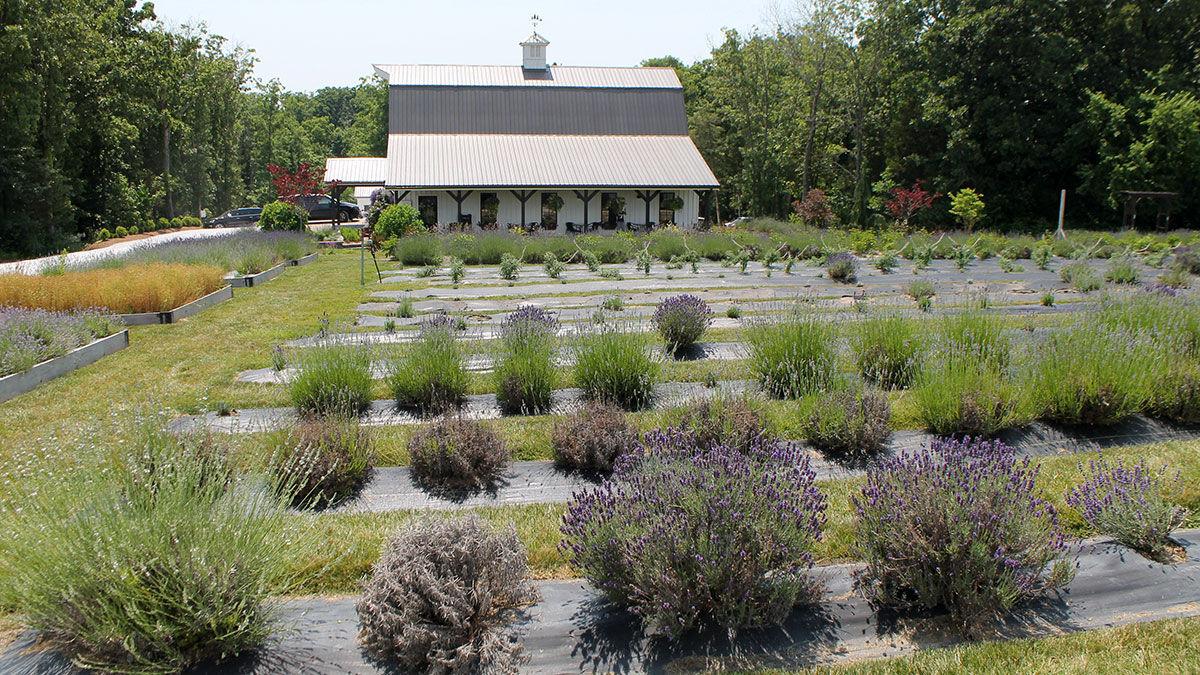 WRIGHT CITY, Mo. — On a warm, humid day in eastern Missouri, visitors milled about the Long Row Lavender farm, sitting in shaded areas, walking out among the colorful rows of lavender, and perusing the gift shop and cafe inside the farm’s barn.

Tracy Smith, who owns the farm with her family, says they first planted lavender in 2009, although they didn’t open the farm to the public until 2016, while they developed their operation.

“We were just learning about the plant, going to farmers markets,” she says.

As customers became more interested in their product and seeing how they grew it, the Smiths built a barn on the farm and started welcoming guests, selling lavender products and other gifts.

Long Row Lavender is located south of Wright City, in Warren County, near the St. Louis metro area. Smith says guests would come out from the city and enjoy the farm, but they would often ask where they could get something to eat.

“We had people who didn’t want to leave the farm, but they were hungry,” she says.

So in 2019 they added on to their barn and opened a cafe with some basic, fresh options.

Smith says the idea started from a desire to be out working in gardens and fields with her kids.

“We wanted a chance to be outside, we wanted them to be working with us,” she says.

The family initially planted vegetables, but Smith says wildlife would eat them. She says she was doing some reading and learned about growing lavender, which had one key difference.

“Lavender is deer and raccoon resistant. They won’t eat it,” Smith says.

The family grows about a thousand lavender plants each year, and also works with another local lavender growing operation to market more products.

Smith says the lavender growing began as more of a hobby, but then as the kids grew up and the family became less busy with sports and activities, the lavender business seemed to grow and grow, and they had more time for it.

“None of this would’ve been feasible 11 years ago,” Smith says. “The timing was right.”

The family has had success growing lavender, but Smith says it has its challenges.

She says well-drained soil is key, along with the plants getting at least six to eight hours of sunlight per day. The farm has different varieties of lavender, as well as several other plants grown alongside the lavender, giving the farm a variety of things in bloom throughout the year for visitors to view.

Speaking on June 17, Smith says the start of their lavender harvest was a couple of days away.

She says there was also a “huge learning curve” to opening a cafe and hiring workers. But she says that side of things has worked out well.

The goal isn’t to provide a full-service restaurant, but to give people what they need and “provide a place for them to stay and linger,” she says.

The farm is open from 10 a.m. to 4 p.m. Wednesday through Saturday, from March through mid-December.

She enjoys getting to host visitors and show them around the farm, but also one of her favorite things is the quiet evenings on the farm, when the sun settles lower and things cool off a little.

“I love the fields in the evening,” Smith says. “… It’s quiet out here, peaceful.”

The peace of the farm is something visitors seem to enjoy, and she says last year people seemed eager to find a place to get outside and relax. The farm was closed briefly during the COVID-related shutdowns, but Smith says when it reopened people came back.

“People came out because we were a farm,” she says. “As the state opened more and more, we just got busier and busier.”

Smith appreciates being able to share what they do on the farm with visitors, many of whom come from nearby St. Louis, while some come from farther away, such as Kansas City or Columbia. She says a lot of people pair the visit to Long Row Lavender with a trip to a nearby winery, making a day of it. Smith likes sharing the peace and relaxation of the farm with others.

“I love when people come and they’re happy,” she says.