HILLSBORO, Mo. — On a chilly January morning, Michael Huskey was at work feeding cattle, continuing the work on the farm that his family has been doing for over 200 years.

The black Angus cattle came bounding up to eat, enjoying the winter morning in the bottom ground along Belews Creek, in Jefferson County. That creek is the main feature of the farm, which includes cattle and some row crops.

His family has a long history in that creek bottom, located near Hillsboro.

We came from the Gatlinburg and Pigeon Forge (Tennessee) area.”

In 1804, Peter Huskey and his family settled in the area and started farming. It was a journey into a wild and sparsely populated country. Michael Huskey says the family crossed the Mississippi River while it was frozen.

“I can’t imagine them coming from Tennessee in two-wheel ox carts,” he says.

The U.S. had only the year before acquired the massive Louisiana Purchase from France, opening up the possibility of westward expansion. Of course, the land already had inhabitants.

“(The Huskey family) stopped over around Sandy Creek and the Indians chased them off,” Huskey says. “So they came over to Belews Creek.”

They settled on the current family farm in 1804, the same time the Lewis and Clark expedition took off from nearby St. Louis. The Huskey family ran the farm when it was in the District of Louisiana, then the Louisiana Territory, then the Missouri Territory. In 1821, after the family had been there for 17 years, it became the state of Missouri.

Peter Huskey’s son, John Huskey Sr., made the first entry for a land title with the U.S. government in 1805, although the grant wasn’t formally given until 1826, with more grants received through the years. The family still has their original seven land grants signed by different U.S. presidents.

Michael Huskey is proud to keep the family farm going, to play his part.

“I’m the seventh generation to own part of it,” he says. “My kids, they’ve agreed to pretty well hold it together.”

On that January morning, some of the eighth and ninth generations were on the farm as well, including Huskey’s son Jarrod Huskey and his wife, Kathy. Jarrod and Kathy’s three kids, Jacob, Lucas and Madelynn, were tromping around in the mud as well. The family lives just down the road on another farm. Jarrod says he likes working on the farm in the quiet valley.

“It’s enjoyable,” he says. “It’s peaceful on the tractor.”

Michael Huskey’s parents ran a dairy on the farm for several years, and he operated it as well, although now the farm is just beef cattle and row crops. But the farm still keeps him plenty busy.

“You’ve always got something to do,” he says.

There are challenges of course, like rising property taxes and the continued sprawl of the St. Louis metro area.

Still, the family is determined to keep the farm going, continue to build on over 200 years of farming along that creek. Huskey says it’s a way of life for his family. 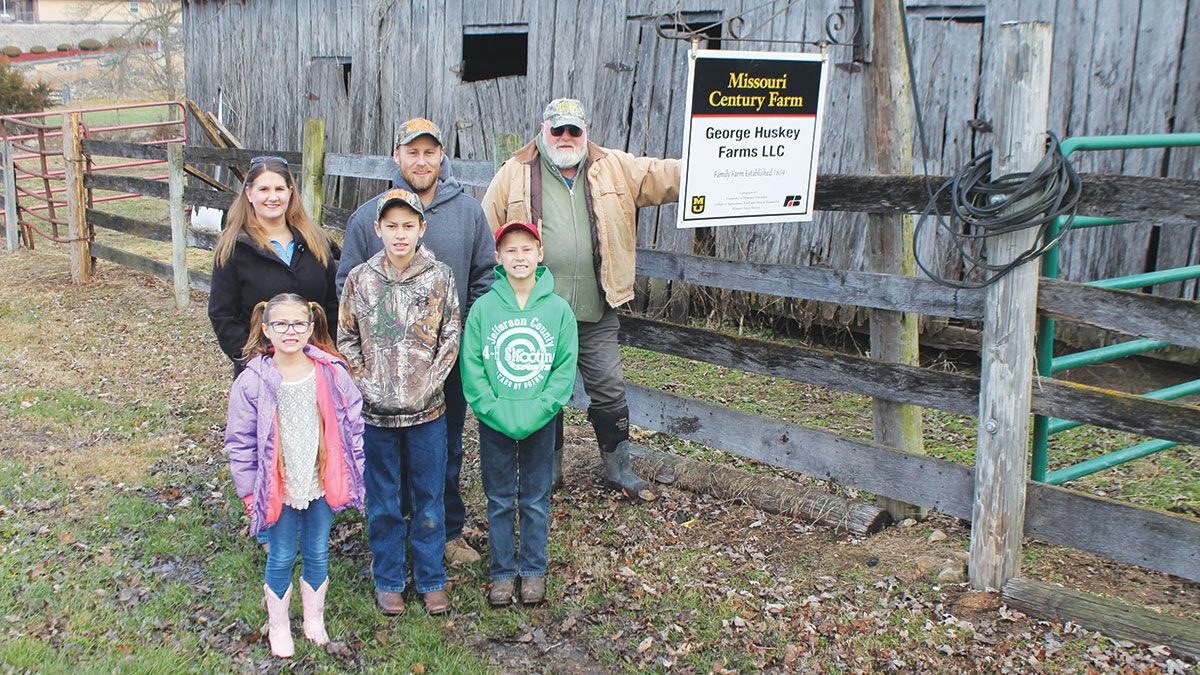 The Huskey family farm has been in the family since 1804. Back row from left are Kathy, Jarrod and George Michael Huskey. In the front row are Kathy and Jarrod’s kids, Madelynn, Jacob and Lucas. 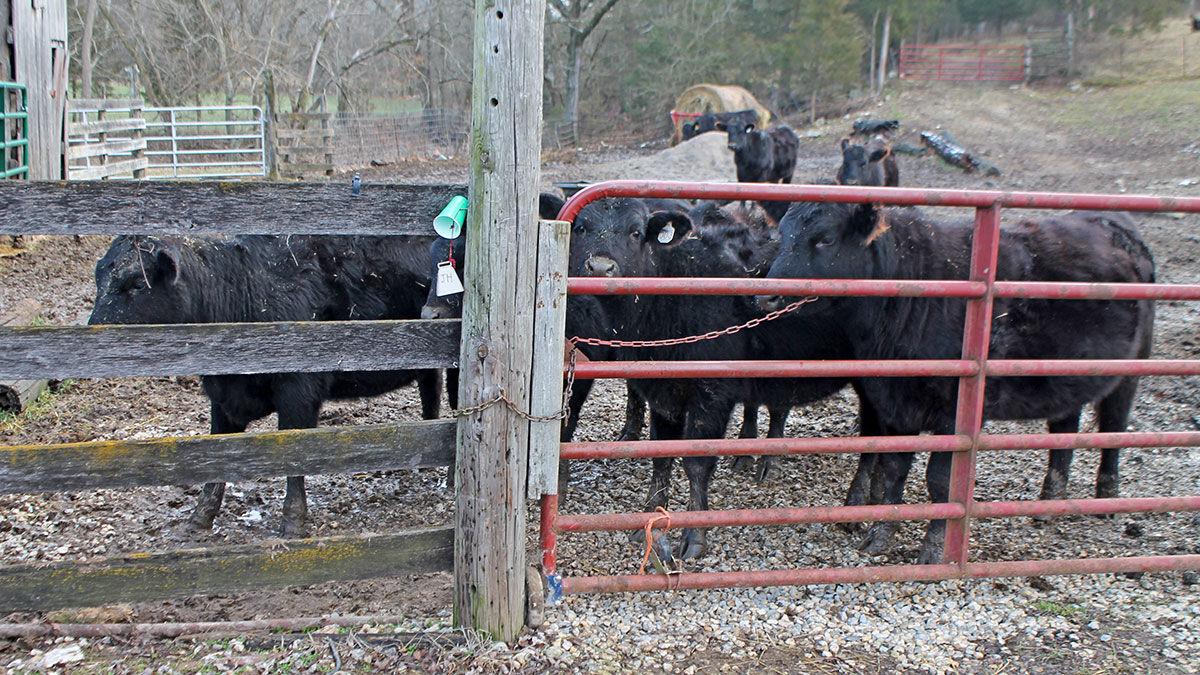 Although now the farm is just beef cattle and row crops, Michael Huskey’s parents ran a dairy on the farm for several years.