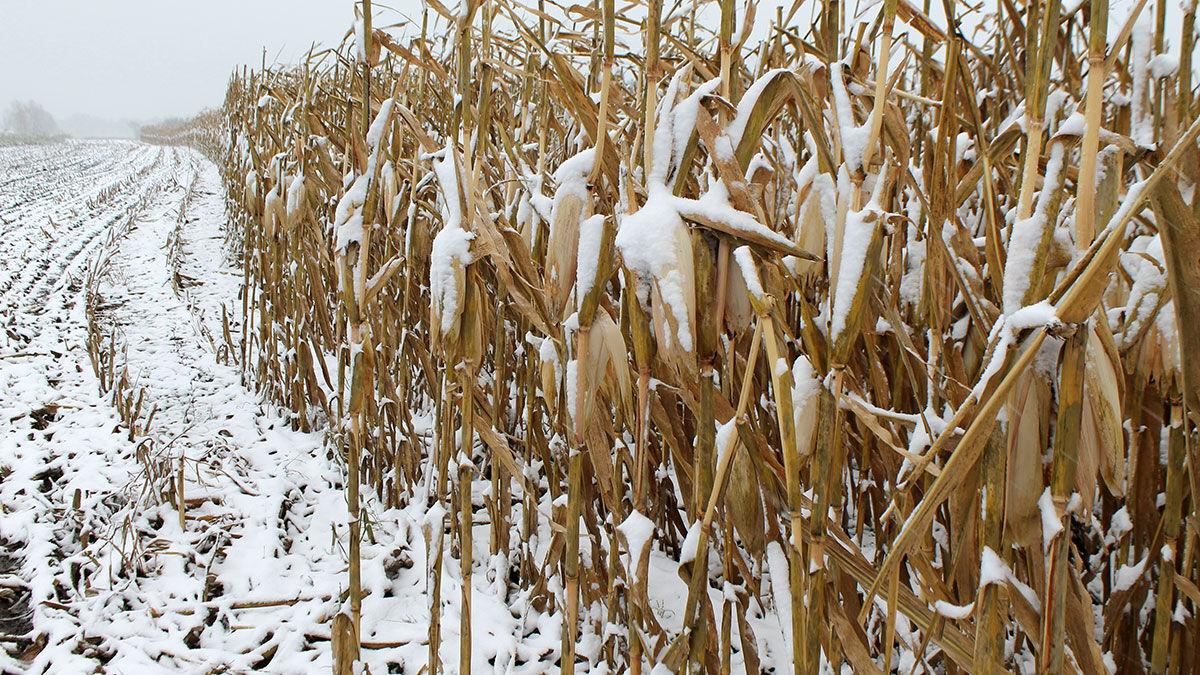 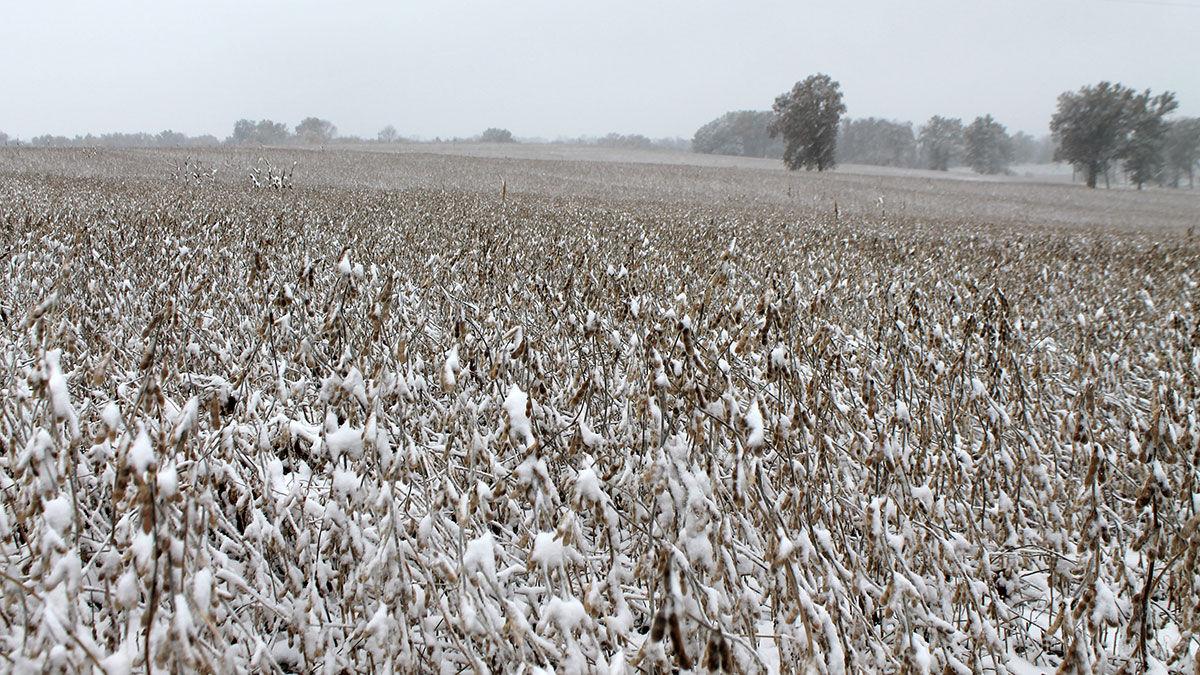 Snow falls on a soybean field in Boone County, Missouri. Despite the delays caused by the weather, harvest was making decent progress.

Snow falls on a soybean field in Boone County, Missouri. Despite the delays caused by the weather, harvest was making decent progress.

Much of northern and central Missouri received snow the last week of October, marking three straight years when at least some part of the state has seen measurable snowfall in October.

The snowfall amounts ranged from a trace to a few inches. It was the first time in Kansas City’s recorded weather history the city has had measurable snow in three straight Octobers.

University of Missouri state climatologist Pat Guinan says October snow is rare, but it does happen, with 2019 seeing Missouri snow the last week of October, and 2018 seeing over an inch of snow in parts of northwest Missouri on Oct. 15, one of the earliest snows the state has seen.

“One of note in recent history was a major snow event on Oct. 22 and 23, 1996, when portions of northwestern and west central Missouri reported 3 to 9 inches of snow,” he says. “Heavy, wet snow fell on trees that were in leaf, leading to numerous downed branches and power lines. The Kansas City area reported 130,000 residences without power and $1.5 million in property damage due to the storm.”

Missouri’s October single-day snowfall record is a tie. Rolla, in Phelps County, had 11.5 inches of snow on Oct. 27, 1913. Fairfax, in northwest Missouri’s Atchison County, also received 11.5 inches, with that staggering snowfall coming on Oct. 23, 1996, as part of that famous snowstorm.

This year’s snow came after some rainy days and slowed harvest progress, although many farmers said moisture was welcome. Conditions had been getting very dry due to weeks without significant rainfall.

Charles Hurburgh, an agricultural and biosystems engineering professor with Iowa State University, says snow can cause problems and delays during harvest. But October and early November snows usually melt away fairly soon.

“Chances are, if we get snow this time of year, it won’t be around long,” he says.

Despite the delays caused by the cool, wet weather in late October, Missouri’s harvest was making decent progress. According to the USDA Missouri Crop Progress and Condition report released Oct. 26, the state’s corn harvest was 72% complete, compared to 61% at the same point last year and 81% for the five-year average.

Missouri’s soybean harvest was 50% complete, compared to 38% at this point last year and 53% for the five-year average.

Missouri’s cotton harvest was running a little slower than normal, at 31% complete according to the USDA report. This compared to 46% at the same point last year and 68% for the five-year average.