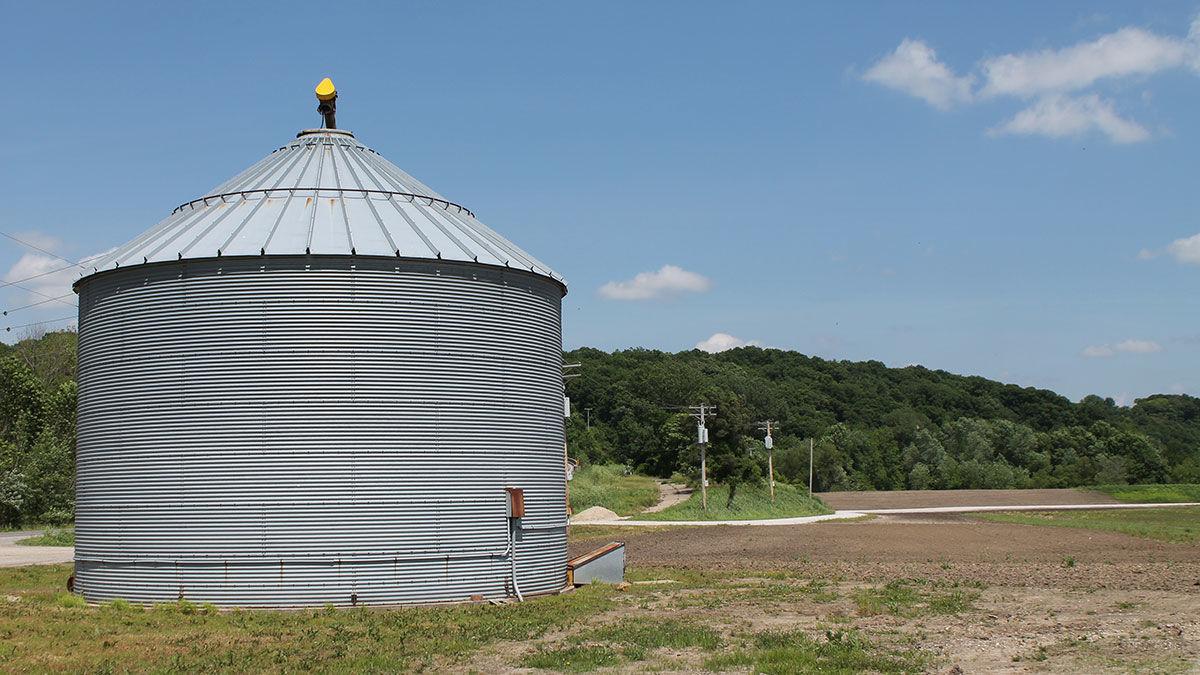 A grain bin sits on the Missouri River bottom in Howard County. GSI’s Karl Guetter says after last year’s flood damage, affected grain bins have been a mixture of repairs, replacements and abandonments. 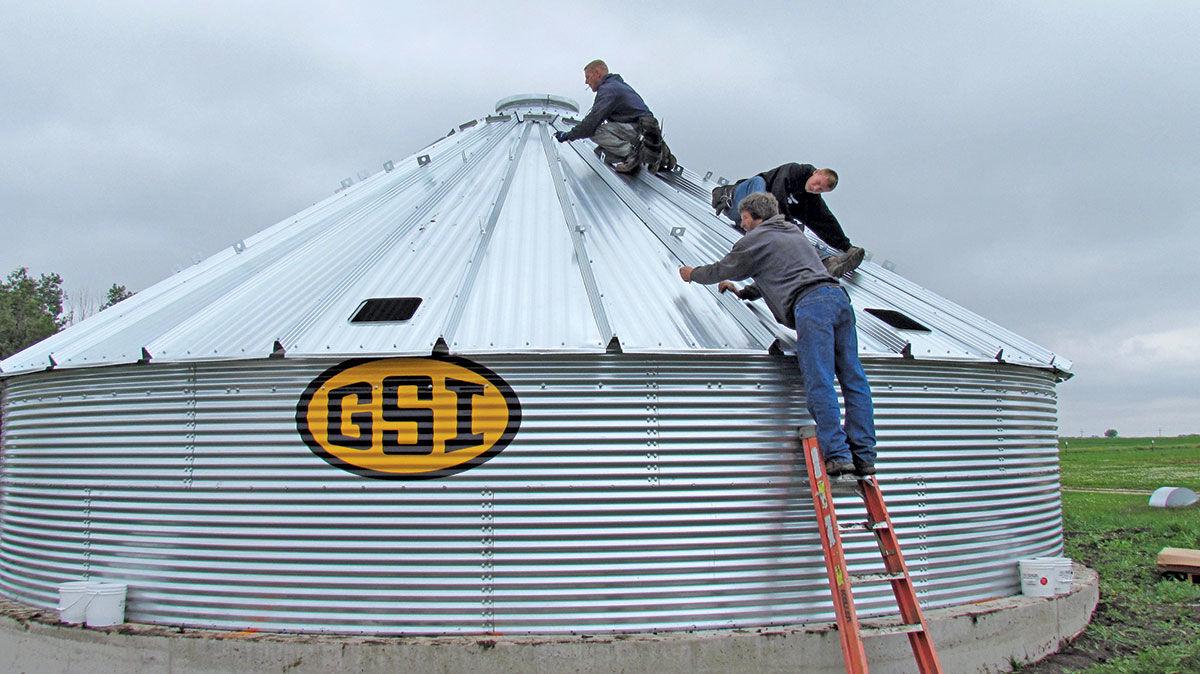 A grain bin sits on the Missouri River bottom in Howard County. GSI’s Karl Guetter says after last year’s flood damage, affected grain bins have been a mixture of repairs, replacements and abandonments.

When the historic flooding of 2019 swept through the river bottoms of the Midwest, grain bins were among the items damaged or destroyed. The rebuilding has been gradual.

“I would say it’s been fairly slow getting them replaced, due to a number of things,” Karl Guetter, GSI director of farm sales-grain, says. “It’s been a mixture of repairs, replacements and abandonments, and a slow process.”

He says some farmers have opted to rebuild bins in different locations, at higher elevations where they are not at risk of flooding. In other cases, damaged bins are on land that farmers rent from landlords, who are less likely to be interested in rebuilding.

“In most of those cases, they’re just not going to replace them,” Guetter says.

Wayne Flanary, University of Missouri Extension agronomist based in northwest Missouri, says he has seen farmers looking elsewhere for places to rebuild bins damaged on the bottom ground.

“In my travels in the Missouri River bottom, most growers are not rebuilding any bins in the flood plain,” he says.

Some farmers have already repaired or replaced damaged bins.

“Some of the repairs after the flooding include fans to dry out and concrete work to stabilize under them,” Guetter says.

Another factor causing delays getting grain bins replaced is the large amount of things needing replaced and repaired after the flooding, from fixing damaged fields to addressing flooded homes.

“Some farmers put grain bins on the back burner till they got their other assets cleaned up,” Guetter says.

Jim Crawford is an ag engineer for MU Extension and the superintendent of MU’s Graves-Chapple Research Center, located on the Missouri River bottom near Rock Port. He says the amount of storage on the river bottom will be significantly reduced this year.

“From what I have seen driving around, there have been no new bins built on the river bottoms,” he says. “I am aware of a couple being built off the bottoms but not nearly enough to replace all those bins. Many of the bins on the bottoms were damaged or destroyed by the floods, especially the ones that had grain in them at the time of the flood.”

Crawford says the location of bins in the river bottom is nice during harvest, although farmers are wary of storing grain there now.

“Not sure how many producers intend to use the undamaged or salvageable bins but I am sure many will,” he says. “These bins are close to the fields which helps speed up harvest. There are also many acres that will not be farmed this year so there are many bins that will not be needed. There are lots of variables at play, including the mood of each producer as well as the condition of the levees with many open holes still existing.”

Crawford says he expects the bins still in place to be used, but strategies and logistics might change going forward.

“I can see many of the remaining bins being used again but I think it will only be for temporary storage at harvest and these will be the first bins emptied over the winter so they do not lose grain again if the river floods,” he says.

The price of grain is always a big factor for farmers considering building a new bin, although other factors can play a role as well.

“The price is one part of the equation that a farmer considers,” Guetter says. “Last year, the grain came out wetter than normal. There was a ton of talk in the industry about dryers. This spring, some growers got the crop in early, and this spring with falling prices that has changed the focus from conditioning to storage.”

Volatility can also make farmers hesitant to take on new projects, he says.

“If the grain markets are flat, farmers who have a long-term plan for their grain storage and handling system will usually continue to build,” Guetter says.

When conditions are fluctuating more rapidly, as has been the case in 2020, farmers are less likely to commit to a big project.

Guetter says a farmer’s marketing plan helps determine how much storage they need, although the impact of the coronavirus outbreak on oil markets and the ethanol industry has caused some farmers to rethink how much grain storage they might need.

Capacity and marketing plans work together to determine storage needs, he says.

He says interest rates also play a role in deciding when to build a new bin, and right now rates are historically low.

Guetter says last year’s flooding was a major event that will cause farmers to rethink longterm grain storage options, and it will take time to recover.

“The numbers of bins that were damaged were definitely significant,” he says. “…A fair number of them, they just completely abandoned the site. On the farmer side, I’m seeing more and more people have a long-term solution to their grain storage needs. You’ll see that build out over several years.”