After a $29 million renovation, the Harry S. Truman Presidential Library in Independence, Mo., is open to the public again. The library’s deputy director, Kelly Anders, says it now has new exhibits and videos to help tell the story of the man who went from being a Missouri farmer to president of the United States.

“From the moment you step through the front door, everything is new,” she says.

After years of intermittent closures and openings with limited visitors due to COVID precautions and the renovation work, the new-look library had a soft opening in July 2021, and then earlier this year opened to full capacity.

Anders says the library takes visitors through the stages of Truman’s life, with several short videos narrated by several familiar voices in politics and media. It also includes a variety of displays, including one featuring Truman’s vehicles.

“The actual exhibit is more linear in presentation,” she says.

The library tells the story of Truman, including some formative years spent working on the family farm at nearby Grandview. Starting when he was 22, Truman worked on the diversified farm full time, raising crops and livestock.

Truman’s father passed away in 1914, and Truman continued running the farm. Anders says those years on the farm helped him develop skills that would support him in his political career.

“He had a wealth of experience on what was then a 600-acre farm,” she says. “… The quiet work that it takes, the repetitive getting up at the crack of dawn, doing what needed to be done, planting seeds and having faith they’ll grow, water issues, all those issues were things he dealt with as president.”

“His mom said he planted the straightest row of corn she’d ever seen, and his mother did not seem like she gave a lot of compliments,” Anders says.

After serving in World War I, developing leadership skills, Truman got involved in politics, eventually becoming a U.S. Senator and then vice president for President Franklin D. Roosevelt’s fourth term. When Roosevelt passed away shortly into that term, Truman became president as World War II continued and the monumental task of rebuilding Europe lay ahead.

“I felt like the moon, the stars, and all of the planets had fallen on me,” Truman famously said.

The library tells about the role Truman played in the end of the war, the Cold War, his storied upset win in the 1948 presidential election, the Korean War, his decision to recognize the new nation of Israel, and numerous domestic issues he dealt with. Anders says many visitors see parallels between the issues of Truman’s day and current events.

Anders says she appreciates getting to work at the library and to help tell the story of Truman, who happens to share a birthday with her.

“I’m truly honored to serve in this capacity,” she says. “I learn something every day.”

People can go to www.trumanlibrary.gov for more information on the library and to purchase tickets in advance. The Truman Presidential Library is open from 9 a.m. to 5 p.m. Monday through Friday, and from noon to 5 p.m. on Saturdays and Sundays.

Presidential libraries in the Midwest. 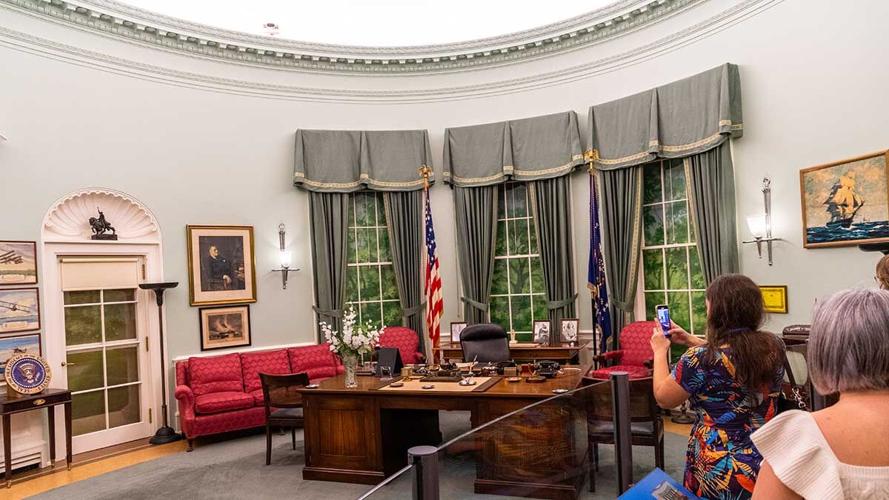 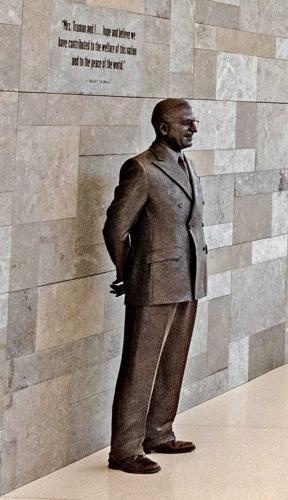 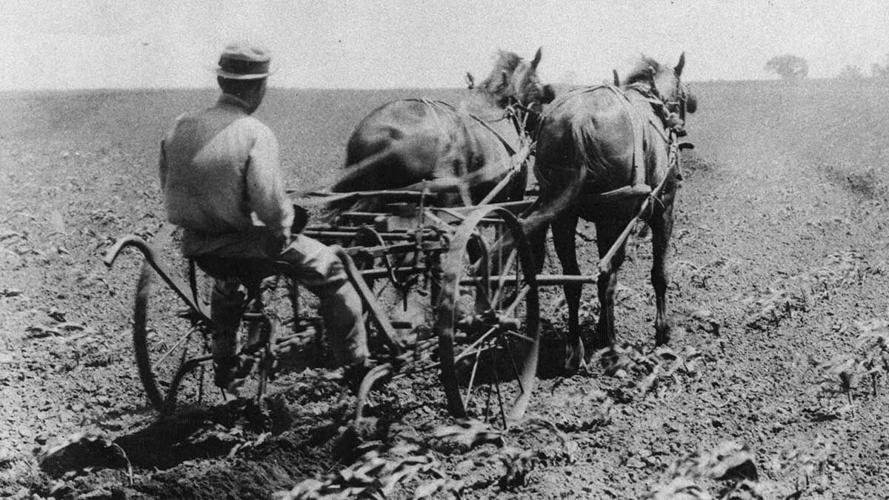 Harry Truman works on his family farm at Grandview. Truman Library deputy director Kelly Anders says his experience as a farmer shaped how he approached many issues later on in his political career. 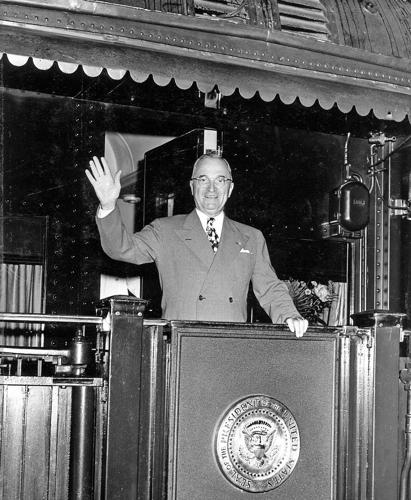 President Truman waves from his train in June 1948 during his whistlestop campaign that led to him winning the election that fall.