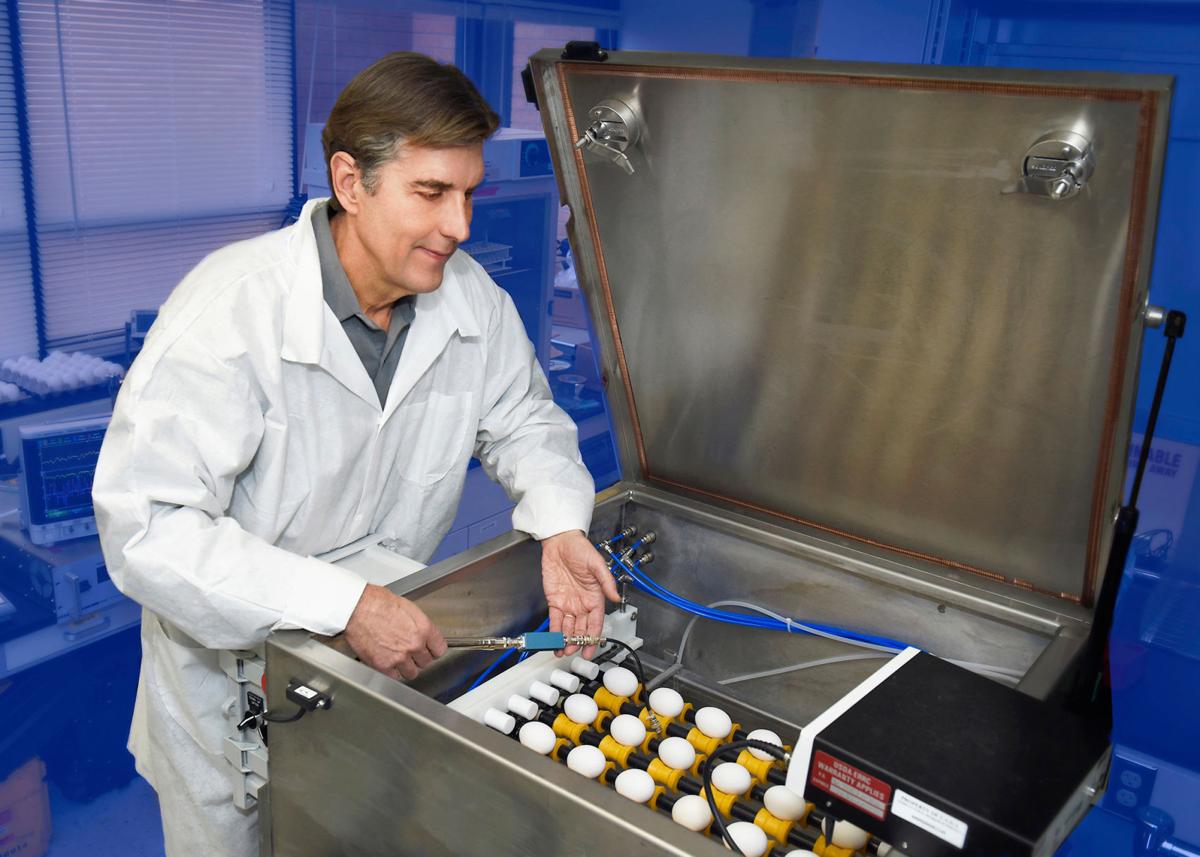 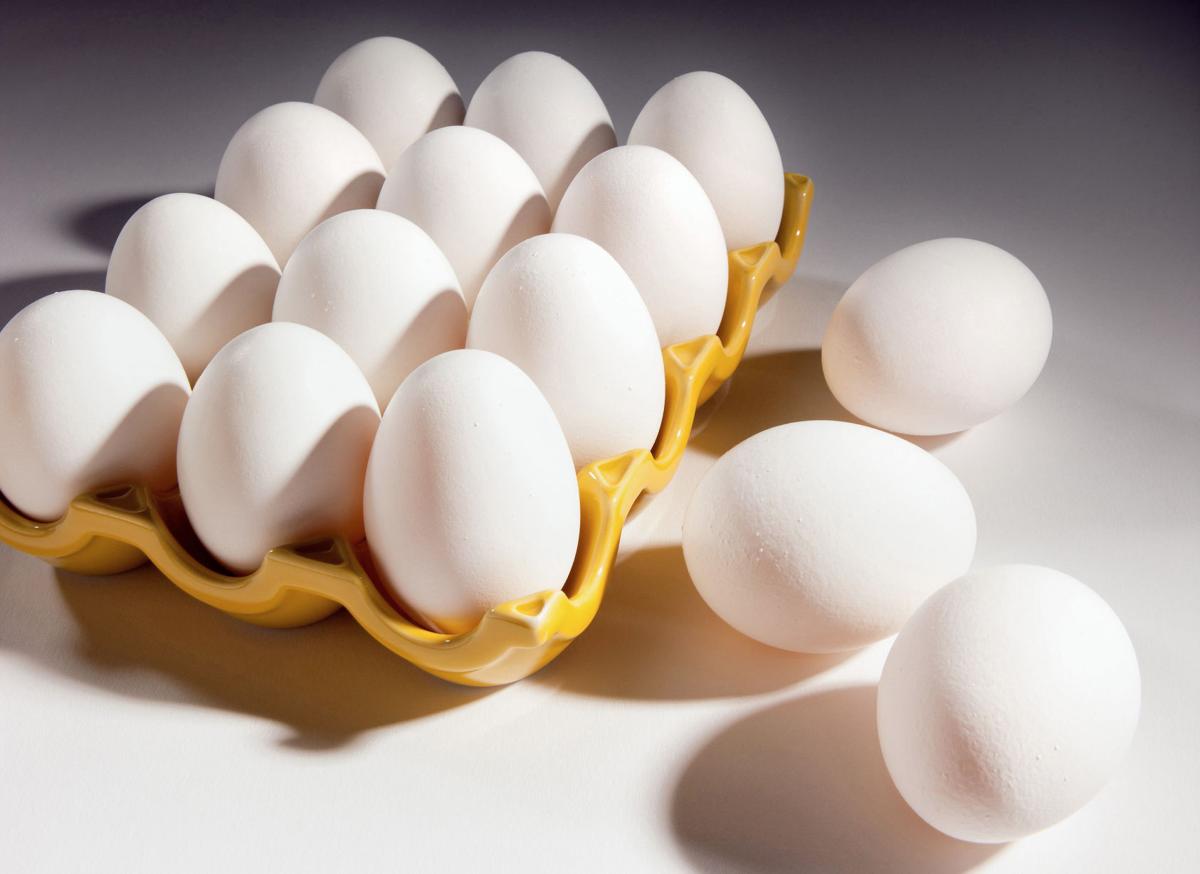 A U.S. Department of Agriculture Agricultural Research Service scientist in Pennsylvania and his colleagues have developed a technology that rapidly pasteurizes eggs and could sharply reduce the number of illnesses caused each year by egg-borne Salmonella bacteria.

The device invented by David Geveke, a chemical engineer at the Agricultural Research Service’s Food Safety and Intervention Technologies Research Unit in Wyndmoor, uses radio-frequency waves to heat eggs and kill Salmonella without damaging delicate egg whites. Christopher Brunkhorst, an electrical engineer from the Princeton Plasma Physics Laboratory in Princeton, New Jersey, is a partner in the research.

Salmonella is associated with eating undercooked eggs or the raw eggs used in Caesar salad, eggnog, and Béarnaise and hollandaise sauces. Salmonellosis, as the infection is known, can cause diarrhea, stomach cramps and fever, and can sometimes be fatal. Infants, preschoolers, pregnant women and the elderly are more susceptible – and pasteurized eggs are often marketed to nursing homes and other institutional kitchens. But less than 3 percent of the 74 billion fresh eggs produced in the United States each year are pasteurized.

The USDA estimates that pasteurizing all U.S.-produced shell eggs could reduce the number of egg-borne Salmonella illnesses by up to 85 percent, or more than 110,000 cases a year.

“If pasteurized eggs become less expensive and more abundant, more people are likely to choose them – and fewer people will get sick,” Geveke said.

Eggs are currently pasteurized by immersing them in hot water at 130 to 140 degrees Fahrenheit. But the process takes about an hour and adds about $1.50 to the retail price of a dozen eggs. It can also cause proteins in the heat-sensitive egg whites to denature and coagulate. That happens because the heat needs to go through the egg white, or albumen, before it reaches the more heat-tolerant nutrient-rich yolk, where Salmonella bacteria like to grow.

The patented radio-frequency process ensures that the yolk receives more heat than the albumen. The process is also faster and should lower the cost of pasteurization – and the price of pasteurized eggs on store shelves. Radio-frequency technology is already used to reduce pathogens in almonds, spices, wheat flour and other food products.

Geveke and his colleagues connected electrodes to eggs, immersed them in warm water and heated them with radiofrequency for 3.5 minutes. They rotated the eggs every minute or so to prevent hot spots from forming inside the eggs. They then placed the eggs in a hot bath to give the yolks some additional time to finish pasteurizing.

The results, published in 2016 in the “Journal of Food Engineering,” showed the radio-frequency treatment reduced pathogen levels by 99.999 percent, which is comparable to eggs pasteurized in hot water. The entire process took about 23 minutes, making it almost three times faster than using hot water. Because the process was so rapid, the egg whites were not degraded.

Geveke is working with a commercial partner on plans to market the technology to egg processors.