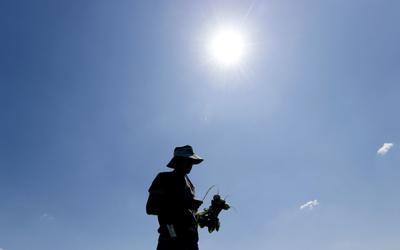 When President Donald Trump's administration announced a $12 billion aid package for farmers struggling under the financial strain of his trade dispute with China, the payments were capped.

But many large farming operations have had no trouble finding legal ways around them, records provided to The Associated Press under the Freedom of Information Act show.

The U.S. Department of Agriculture (USDA) announced the first Market Facilitation Program (MFP) in July 2018 to help agricultural producers who may have suffered due to recent trade disruptions with China.

USDA estimated Chinese retaliatory tariffs enacted last year caused roughly $11 billion in damages to U.S. farmers. The government provided up to $12 billion – mainly in the form of direct payments to farmers -- to offset those impacts from October 1, 2018 to May 31, 2019.

Recently, a second round of funding was announced, authorizing USDA to provide up to $16 billion in additional offsets, much of which will also be direct payments to farmers affected by the trade war.

Critics say it's the latest example of how loopholes in federal farm subsidy programs allow large farms to collect far more than the supposed caps on that aid.

Although many farmers received significantly more than the stated maximum payments, the program set payment caps per person or legal entity in three categories:

Explore this database to find out how the subsidies were distributed.

Use this search to find out how much went to your state, and which commodities received the most aid. You can also search business farms that received overpayments -- more than the maximum payout that was supposed to be allowed.