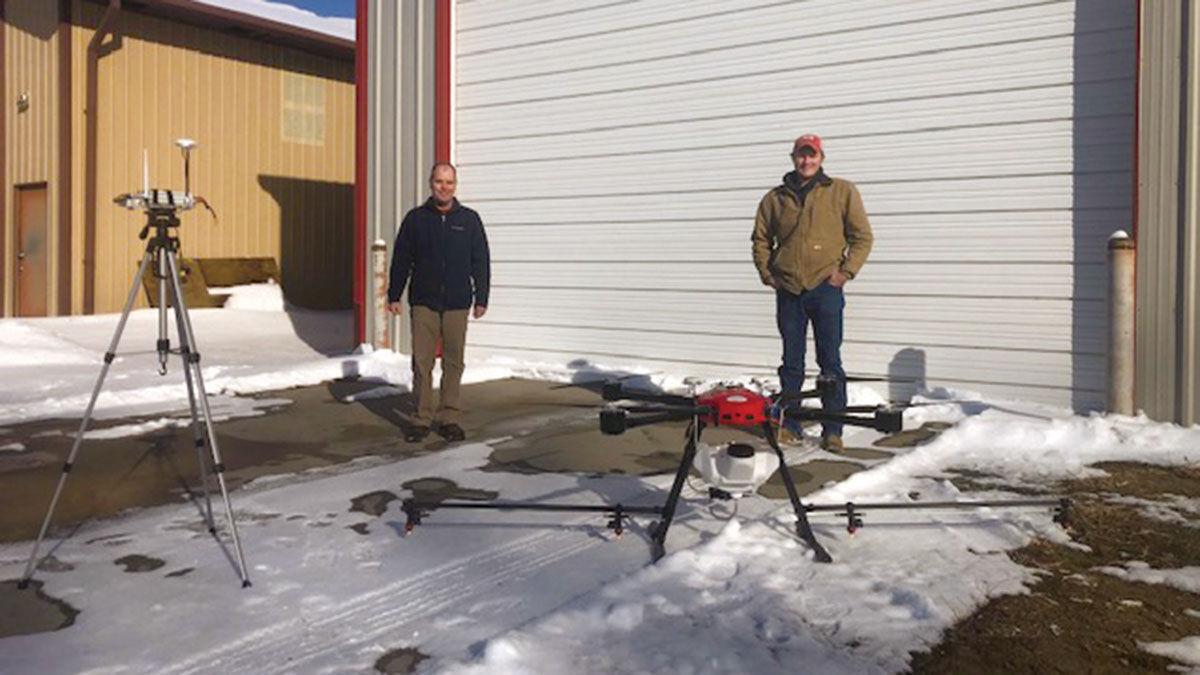 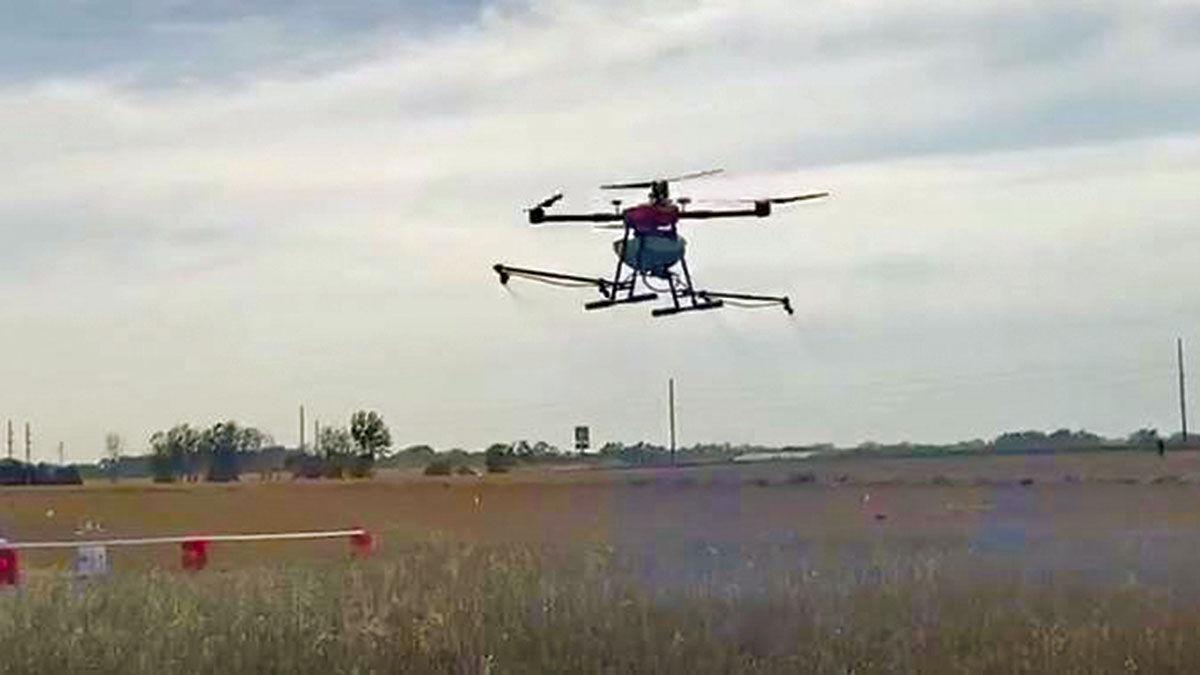 NORTH PLATTE, Neb. — Imagine seeing a drone moving slowly in the air over a corn field, spot spraying weeds. Or out in the middle of the Platte River, a drone is spraying invasive plants on a sandbar. Further down the road, one of the little flying machines is applying fungicides to rows of grapes in a vineyard.

When that becomes a reality, researchers like Trenton Houston will be thanked.

Houston grew up in Mondamin, Iowa, and received a Bachelor of Science degree in agronomy from Iowa State University. He started his work at WCREC in May 2019. Now Houston works under the direction of Jeff Golus, research coordinator at the center.

So far, Houston’s unmanned aircraft sprays only water. It will take a lot of data to convince the U.S. Federal Aviation Administration that a UAS can apply pesticides safely and accurately.

Researchers will also need to convince the U.S. Environmental Protection Agency, which must approve all pesticide labeling and application procedures.

Golus said global positioning technology is critical to their research. While in flight, a UAS not only communicates with GPS satellites, but also receives signals from a nearby base station on the ground. The coordinated system is called real time kinematics, and amounts to “fine tuning on the go,” giving inch-level accuracy.

When the protocols are developed and put into practice, an operator will typically fly a UAS with a camera over a field area to generate a map, Golus said. The map, showing areas to be sprayed, will then be read by the UAS carrying the spray solution.

When it comes to spraying pesticides, knowledge lags “far behind the (GPS) technology,” Houston said. He and Golus are trying different nozzles, comparing the output at different spray pressures, and operating the UAS at different heights and under different wind speeds and temperature conditions.

A UAS carries only 3.5 to 4 gallons of spray solution, limited by the size of the machine and weight limits imposed by the FAA. Typical application rates are 1 to 3 gallons of spray per acre, and spray droplets are very small. Conditions need to be right to prevent rapid evaporation and drift of pesticide particles.

Even the number of rotors (propeller blades) on the UAS, and the way they are configured, can make a difference, Houston said. He is working with two UAS models — one has four rotors and the other has six.

“This season we hope to learn the (air field) patterns of each,” he said.

Houston and Golus use the UAS software to establish flight lines with beginning and end points. They place cards that are 1.5-by-3 inches in size, half a meter (about 19.5 inches) apart, in a line perpendicular to the flight pattern. After spraying over the cards, they use a scanner and reader to calculate percent spray coverage.

Houston’s data will be combined with research results from University of California-Davis, North Carolina State University and the U.S. Department of Agriculture in College Station, Texas. There is also limited data from China, where commercial UAS pesticide applications are already taking place. However, their production practices are different than ours, Houston said, and so is their regulatory system, so the applicability is limited.

Houston said he plans to complete his master’s degree work and publish a paper by the end of this year. However, the research process will not end there. It is common for one student to start a project and another to pick it up, Golus said.

Eventually, though, residents may be driving down the road and notice a UAS applying a herbicide to scattered cedar trees in a pasture, or see another application underway in a different setting.