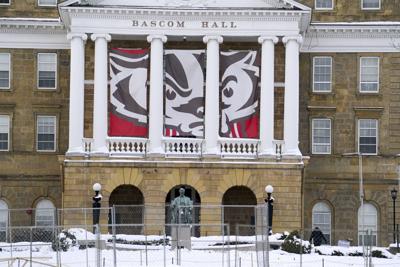 So what should we make of a new Pew Research Center report that says that about two-thirds of U.S. adults (65%) say “people being too easily offended” is a major problem in the country today?

That’s sort of unthinkable — it’s a number that troubles people of color. It implies that for two-thirds of the country, our real struggles with both casual, everyday racism and issues of big systemic racism can boil down to being perceived as too thin-skinned.

At first, when you look at the political leanings of people who say that being too easily offended by what others say is a major problem, it’s 84% of Republicans and Republican-leaning independents. No big surprises there.

But — whomp-whomp-whomp — half of Democrats and Democratic leaners say the same.

And when you break it down, at least half of Americans across all racial and ethnic groups said that being too easily offended is a major problem. But by and large, it’s white people who are most concerned about this issue.

Look, if this sounds callous to you, know that the white people are definitely not alone. Nearly two-thirds of Hispanic adults (62%) said the same: Some people just get too easily offended. Over half (53%) of Black adults and 50% of Asian adults believed the same.

My friends: We are all racist in some way, yet we also hold the capacity to change and grow.

Today we have learned that, yes, people saying very offensive things is perceived as a problem — a sociological puzzle important enough to study — and also being “too sensitive” and “easily offended” makes all races and ethnicities annoyed.

These national data points are really no surprise, yet they tell only part of the tale. Let me change your perception, perhaps just a little, with some numbers about Madison.

According to a new study “Is Discrimination Widespread? Testing Assumptions About Bias on a University Campus,” the UW-Madison campus isn’t nearly as bad as you might think.

“In 4 large-scale surveys, students from marginalized groups reported that they generally felt welcome and respected on campus (albeit less so than nonmarginalized students) and that a numerical minority of their peers (around 20%) engage in subtle or explicit forms of discrimination,” wrote co-authors Mitchell R. Campbell and Markus Brauer of UW-Madison’s Department of Psychology.

Brauer explained to me how in five different field experiments with eight different samples, he and Campbell manipulated the social group membership of trained “confederates” and measured the behaviors of naïve bystanders.

The results showed that between 5% and 20% of the participants treated the confederates belonging to marginalized groups more negatively than non-marginalized confederates.

“What we believe we’re seeing is that discrimination is largely perpetrated by a highly biased numerical minority of individuals,” Brauer told me at a cafe in one of the engineering buildings, where I felt verrrrrry dark-skinned compared to the white young people who made up the bulk of the students grabbing a coffee.

Esther J. Cepeda: Help women and children in the wake of Waukesha atrocity

But Brauer made a compelling case for things being a bit better on campus than I had thought. And that means that bigger changes in society are afoot as those young people take their openness and kindness out into the larger world.

My perception has changed.

I understand now that a very few jerks can make any “group” seem bigger and stronger than it really is. And that “most” people — at least on our beloved UW – aren’t going around being jerks to people of color.

Maybe things are looking up? Let’s make it so.

Like so many friends, spouses and other loved ones who aren’t enthralled by the Marvel Cinematic Universe, I went to see “Spider-Man: No Way H…

COVID has divided people. Some of us take the virus as a serious health risk. Others believe it is, at best, a federal overreaction to a mild …