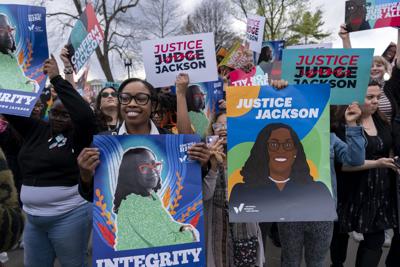 We didn’t make enough of a deal about Ketanji Brown Jackson.

She was confirmed to the U.S. Supreme Court in a final Senate vote of 53 to 47 on April 7. That date already seems like a long way off in the past, further pushing the sense that we, collectively, didn’t stop to savor the moment. We didn’t talk about what Jackson’s assent to the highest court in the land means not just for black women, but what it means for us all.

We can’t consider “what it means,” though, if we didn’t really hear much about it happening at all.

I have a creeping suspicion that the media didn’t give Jackson’s historic moment its due.

It is almost never right to make comparisons pitting people of color against each other. But it seemed to me that back in 2009 — when Sonia Sotomayor’s senatorial inquisition veered into the thorny territory about whether a jurist should bring the full weight of their cultural, gender-based background to the job or be “impartial” — it got a lot of traction.

This time around, a war in eastern Europe and a million other things are crowding out news coverage. Sure, there was some fuss about the types of questions Jackson was asked and what they revealed about the askers instead of the Supreme Court candidate. But the historic nature of her ascent to the most important judgeship in our country felt muted to me.

After all the fighting over who can nominate Supreme Court justices, and the rancor that marked the mishandling of Merrick Garland’s nomination by then-President Barack Obama, I expected more.

I wasn’t the only one who noticed. Some chalked it up to the lack of partisan drama accompanying Jackson’s road to confirmation. Politico’s political newsletter, Playbook, noted that the war in Ukraine was at center stage for most publishers, describing the media’s gaze as being “mostly elsewhere” and the hearings as “below-the-fold news … . With her confirmation all but assured and the balance of the court not in play, the likelihood of major surprises is pretty low.”

Writing in the Columbia Journalism Review, Jon Allsop, the organization’s “The Media Today” newsletter writer, said that when media sites focus on fringe aspects of a big news story — like Hawley suggesting Jackson’s judicial record “endangers our children” — instead of the merits of Brown’s work experience, we all lose.

Esther J. Cepeda: Forget the slap and salute the sisters

“Whether Jackson has the votes to get on the court is ... consequential, but a lack of suspense as to the answer doesn’t make her confirmation process unimportant,” Allsop wrote. “Indeed, the notion that the political stakes of this week’s hearing are low seems discordant with the fact that, to my eye at least, the buzziest stories around it have concerned disingenuous Republican attacks that are transparently designed to score political points. It’s important to debunk and contextualize claims like Hawley’s. But doing so also risks letting them set the broader media agenda.”

Sadly, the broader media agenda telegraphed to me that when exceptional people of color are brought before the media, it’s almost always a firing squad situation. Some “feel good” coverage has come from all the usual places, but did Jackson’s historic confirmation really pierce your thick veil of media clutter?

Esther J. Cepeda: People of color are still the 'other' in Madison

Yes, Brown will be the first black woman to wear the Supreme judicial robes, but that only describes her race and her level of education.

She will also be the first Supreme Court justice to have worked as a public defender — a jaw dropping factoid that puts Brown’s experience square in the middle of the concerns and struggles of society’s most vulnerable people, as opposed to the lofty intellectualist wing of the court.

Jackson is also young. Fifty-one, to be exact — quite young to have risen to such professional heights, but also still, like so many in this country, in the thick of raising children and navigating the same seas of uncertainty as other parents of those who have been most acutely impacted by pandemic school closures: Young adults.

“It has taken 230 years and 115 prior appointments for a black woman to be confirmed to serve on the Supreme Court of the United States,” Jackson told guests and reporters on the White House South Lawn, the day after the final vote. “But we’ve made it. We’ve made it, all of us, and our children are telling me that they see now more than ever that here, in America, anything is possible.”

Jackson made it. She demonstrated that, though life in the United States is measurably and objectively harder for people of color, the promise still stands: Anything really is possible in our America — perhaps even, someday, justice itself.

Esther J. Cepeda: Yes it does matter how you feel about a math problem

In 2010, most school districts began to recognize the need to adopt the Common Core Curriculum standards — the hotly debated idea of whether o…

It’s fair to say I live my life under the protective wing of white allies.

Esther J. Cepeda: 3 tips for Madison as I say goodbye

I’m not going to mince words about it, folks: I’m leaving town. 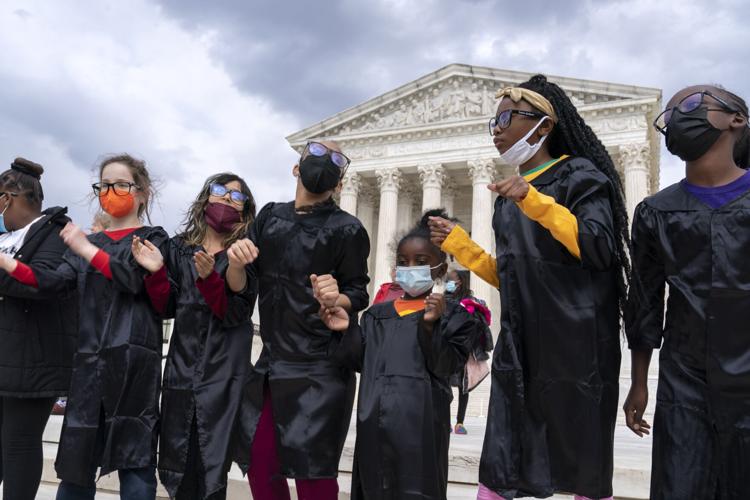 Though many celebrated the confirmation of Judge Ketanji Brown Jackson, the first Black woman to reach the Supreme Court, her nomination didn't get as much media attention as it deserved. 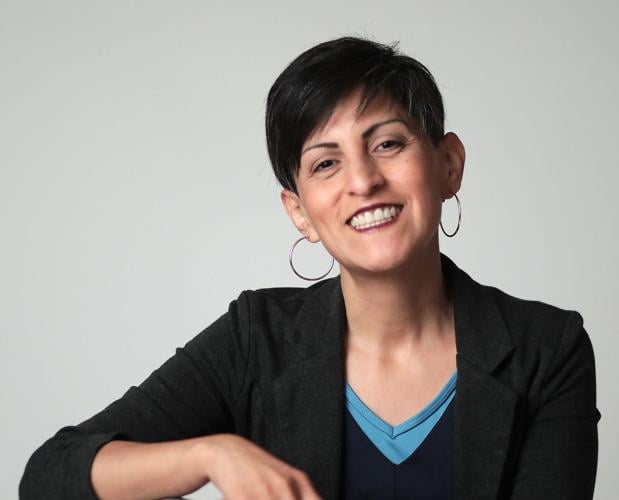 Pontiac cars or parts, I need