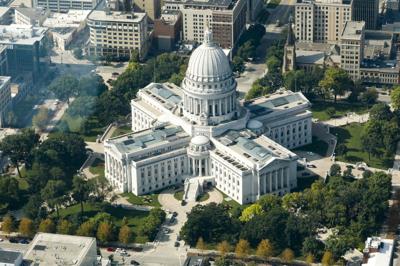 Lots of troubling evidence shows the need for better civics education in Wisconsin.

Unruly crowds have shouted down school board members in Kenosha, Burlington and Madison, and sometimes hounded public officials outside their homes. What happened to civility?

The state Senate has failed to act on more than 100 of the governor’s appointees, some for nearly three years. How about some advice and consent from our senators, as the Constitution prescribes?

Judicial elections have become increasingly partisan, with many voters demanding loyalty to one political party or the other. But the judicial branch is supposed to be independent and nonpartisan.

The lack of knowledge about our American system of government — its separation of powers, our individual freedoms, the rule of law — demands attention. Barely half of adults in a nationwide poll last month could name the three branches of government. And barely a third knew how long the terms of office are for members of Congress, according to the survey by the Annenberg Public Policy Center.

That’s why the Legislature should approve a civics requirement for all Wisconsin high school students. Wisconsin is one of just nine states without a civics requirement, according to the Fordham Institute. The institute recently gave Wisconsin an “F” for the content, rigor, organization and clarity of its civics education efforts. Even the Madison School District, in the seat of state government, fails to require a high school civics class.

That needs to change.

Wisconsin gets an F in civics, US history -- Michael J. Petrilli and David Griffith

Republicans led by Assembly Speaker Robin Vos, R-Rochester, have embraced the cause. They recently introduced Assembly Bill 563, which would require a semester of civics to graduate from a Wisconsin high school.

We’re not fans of the state piling mandates on local schools. But insisting that civics is taught in a meaningful way to younger generations it too important not to require. It helps build a better informed and more engaged citizenry. Civics encourages critical thinking, respectful debate and an appreciation for the freedoms and responsibilities we all share in our democracy.

“Of course I want to work with our Legislature to change our laws to require credits in civics for students to graduate from a Wisconsin high school,” she said Thursday.

Unfortunately, politics has infected the cause. Underly was upset she wasn’t consulted about Vos’ bill, which she registered against. She also faults the speaker for rushing the proposal.

She has a point. Vos introduced his bill Sept. 15 and held a public hearing the next day. That provided little chance for the public to have its say.

Vos has scheduled an Assembly vote for Tuesday — less than two weeks after introducing it. The Senate should be more deliberative as it considers the bill.

AB 563 would require Underly’s state Department of Public Instruction to draft a model curriculum to guide school districts. So she’ll have lots of say in shaping suggested lessons.

Rep. Don Vruwink, D-Milton, a retired teacher, wants to ensure local schools districts have flexibility in how they teach civics. That makes sense, given Wisconsin’s long and strong tradition of respecting local control of public education.

Rep. Dave Considine, D-Baraboo, is worried his Republican colleagues will try to politicize DPI’s model curriculum if a legislative rules committee is allowed to nitpick the department’s guidance.

Tell your state senator and representative to support a civics requirement for all Wisconsin high school students. Find contact information for your leaders here:

We sympathize with Considine’s concern, given Republican Sen. Steve Nass’ recent attempt to micromanage masking rules at University of Wisconsin System schools. At the same time, Underly needs to play it straight when she develops her recommendations.

Lawmakers shouldn’t let the broad goal of better civics education devolve into a narrow political fight. This is about the future of our nation, not scoring political points for the next election.

The State Journal editorial board has advocated for a state civics requirement going back two decades. The Wisconsin Newspaper Association, which sponsors the Wisconsin Civics Games for students, is supportive. So is the Wisconsin Association of School Boards.

Every school district must teach the basics of our American system of government so that democracy and freedom continue to flourish.

Dear candidates for governor: What will you do for the homeless?