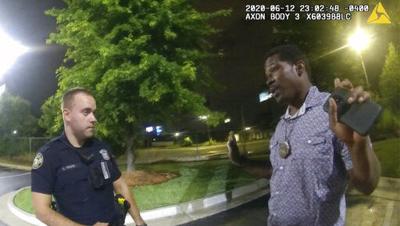 But the body-worn devices will make local police more transparent and accountable to the public. That’s significant, given growing distrust of law enforcement, particularly among Black Americans.

The Madison City Council should finally give cop cameras a try.

Uniform cameras can objectively show what happens when police interactions with the public turn violent, such as the unjustified and horrific killing of George Floyd in Minneapolis. A bystander May 25 captured cellphone video of Minneapolis police officer Derek Chauvin pinning his knee to Floyd’s neck for nearly 8 minutes until Floyd fell unconscious. That triggered weeks of national outrage, protests and looting. Floyd was an unarmed black man accused of passing a counterfeit $20 bill.

Surveillance video from a nearby store where Floyd was handcuffed and taken to the ground did not support initial police claims that Floyd had resisted arrest. And after viewing footage from body-worn cameras on the officers involved in Floyd’s death, prosecutors charged Chauvin with murder just four days after Floyd died. Three other officers are charged with aiding and abetting.

The power of video images to provide objective views of controversial interactions has led to sweeping calls in Congress and across the country to encourage and enhance body-camera technology on police. That includes growing support for body cameras in Madison, which has fallen behind other departments.

Ruben Anthony, president and CEO of the Urban League of Greater Madison, is strongly advocating for uniform cameras on Madison officers, and an online petition demanding cameras on Madison cops has collected nearly 5,000 signatures.

The cameras can be turned on and off automatically, based on the type of call an officer responds to. Claims that cop cameras could lead to deportations lack evidence. Moreover, the state recently clarified when video from cop cameras will become public.

Adopting body-worn cameras in Madison will help build trust in the city’s professional and improving police department. It also will help ensure justice for bad behavior.

Madison and Wisconsin have a long way to go to improve society for all. But assaults and destruction will only slow progress.