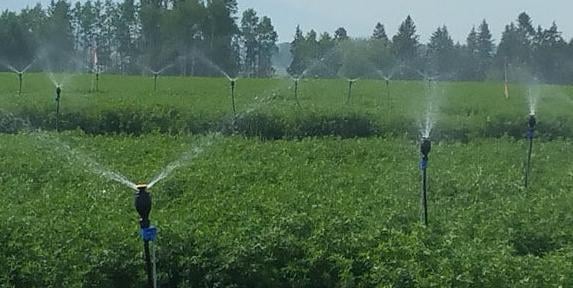 Alfalfa varieties are being irrigated at different percentages. MSU researchers have discovered that the growing season seems to be extending in the fall, which could lead to opportunities to plant alfalfa with less fall dormancy. 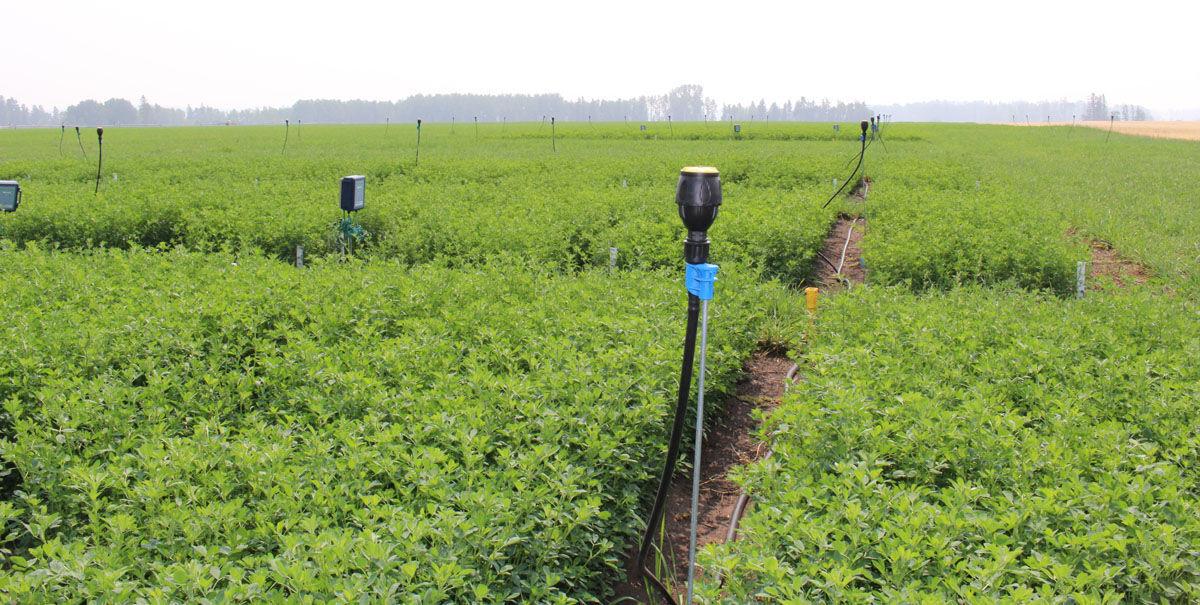 Over the last three years, MSU-NWARC has been growing less dormant alfalfa as part of their alfalfa trials with the more dormant varieties.

“Alfalfa is a very important forage for Montana, a preferred forage as it gives high yield,” said Jessica Torrion, associate professor in crop physiology and superintendent at NWARC, who is conducting the trials with Eeusha Nafi, postdoctoral researcher at NWARC. “Over the past three years, we have been trying less dormant alfalfa in the valley.”

One of the reasons she said they are growing the “less dormant alfalfa variety” is the discovery by MSU faculty that the ag growing season seems to be extending in the fall.

“The evidence is showing our fall has been extending a little. There might be opportunities to plant alfalfa with less fall dormancy compared to more dormant alfalfa varieties we normally plant,” she said.

“It is important for us to test fall dormancy number six because this is outside of our usual choice for alfalfa genetics,” Torrion said. “We want to document the performance of more dormant to less dormant genetics under water and nutrient levels, as well as persistence of these genetics.”

“We heard Arizona farmers want to try fall dormancy three to have more quality over yield. Yield is not so much a hindrance there under irrigation,” she said.

“You’d be surprised how similar Montana was, with fall dormancy six having slightly higher yields than number three, especially in the second year,” Torrion said.

Accumulated biomass is due to extension of different tissues like leaves and stems.

There was fall regrowth some 319 days after planting in Montana. Yields were lower in Montana than Arizona.

In the establishment year of 2018, irrigation was scheduled with three moisture regimes: one, all rain-fed; two, 100 percent evapotranspiration (ET) irrigated at 10 inches, or irrigation where the plants don’t feel stress; and three, 50 percent ET where it was the 100 percent irrigation schedule cut in half at 5 inches.

“Even though there were not significant differences in the first year of establishment, fall dormancy six is in the higher range, numerically speaking, and is consistent across moisture regimes,” Torrion said.

“Our results are showing the fall dormancy six has the best yield overall,” Torrion said.

They also found that irrigating more was not necessarily advantageous.

In 2019, fall dormancy number six, Cisco II, was beginning to show an advantage.

“Cisco II was beginning to show an advantage, especially under irrigation,” Torrion said. “It is also important to note that the 50 ET productivity is .6 ton per inch, with only 6.4 inches applied this year.”

However, the 100 ET only had .4 ton per inch yield response, even if the total irrigation was increased up to 12.7 inches.

“The deficit irrigation is definitely advantageous in terms of water and energy savings,” she added.

“Hi Gest alfalfa, a fall dormancy six with low lignin content, was consistently lower in yield, probably because the variety was developed for quality,” Torrion said.

“This was a large study at Creston with three cuttings, so I have to thank the staff for all their hard work on it,” Torrion said.

In the first year, there were lower yields and no significant impact from the fertilizer rates.

In 2020, fall dormancy six had the highest yields.

The takeaways from the study are as follows:

This year will be the last year of the study.

At field days this summer, Torrion talked about the alfalfa trials and the implications for Montana producers.

Montana’s Gallatin Valley has become one of the state’s most sought-after places, but the valley has more to offer than just stunning views. I…

Alfalfa varieties are being irrigated at different percentages. MSU researchers have discovered that the growing season seems to be extending in the fall, which could lead to opportunities to plant alfalfa with less fall dormancy.

Over the last three years, MSU-NWARC has been growing less dormant alfalfa as part of their alfalfa trials with the more dormant varieties.