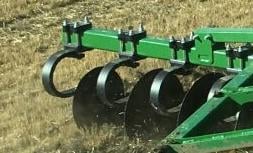 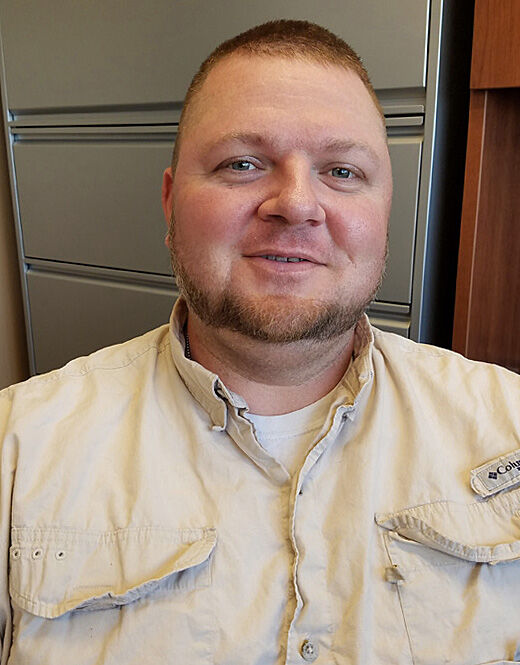 Add to that supply chain problems and higher costs for new equipment, those involved in agriculture will be paying close attention to the farm economy as we get closer to spring.

“Next year may be a year where soil testing is as important as it has ever been,” Parman said. “Obviously, with fertilizer and nutrient prices being as high as they are, it is imperative that we do not apply any more than we absolutely have to.”

“If these (input) costs persist, we are probably looking at a reduced year next year compared to 2020-21 with the production costs we are facing across the board,” he said.

In 2021, Parman said the USDA predicts that net farm income nationally will turn out to have been the highest in seven years.

Many regions of the country had good yields and there were good commodity prices overall, but the cost of production, rising in nearly every input area, will impact 2022 farm income.

“As farmers approach the new year, fertilizer costs, for one, are rapidly increasing,” Parman said.

He pointed out that (as of Nov. 8) retail potash started the year at $360 per ton and had doubled by November.

“We started 2021 with relatively lower fertilizer and nutrient prices, along with higher commodity prices,” he said. “Looking into next year, there will be sticker shock for producers when they buy inputs to achieve the same yields as they have had previously.”

Other inputs are rapidly growing, as well.

Farm machinery costs in January 2021 were the same as in 2018. Now they are increasing dramatically, along with used equipment prices.

“New equipment is on a sharp march upward,” he said.

In addition, long distance trucking and freight costs have seen a big increase, and a steep climb upward.

“The only one that has not marched upward (in some areas) is cash rents, but we will see in the spring,” he said.

“The drought impacted hay prices, which are higher, and feed, supplements, and concentrates are up – but not sharply up – since a year ago,” he said.

Consumer food prices at home and in restaurants are rising and will likely be higher in 2022.

Will input costs come down when producers need to purchase them as we get closer to spring?

Since some fertilizer is imported from other countries, Parman doesn’t think that will happen. China’s manufacturing facilities have shut down and many products are imported from there.

Supply chain problems to obtain products have impacted the cost of production, as well.

Parman pointed out that Northern Plains states are one of the later-planting states.

By the time producers need to apply fertilizer and do side-dressings, other states (in the south, such as Texas, Nebraska, and Iowa) have already purchased products first.

“I do know some co-ops are not allowing the pricing of spring fertilizer at any cost because they are not sure of how much product they will have. They may have to ration products,” he said.

“When something like a global pandemic happens, it can illustrate how important crop insurance and government payments are to the ag economy. And in a year where we had a lot of prevent plant, those crop insurance payments help, as well,” he said.

In 2020, the amount of money borrowed and principle paid were about even.

“It was the first time, except for 2014-17, that the amount of money borrowed stayed the same or declined slightly,” Parman said.

There were surveys taken on what farmers did with leftover CPAP and MFP payments, and the number one response was to “pay down debt.”

“Purchasing new farmland was low on the survey, but also higher on the list was replacing equipment because there was not enough cash flow (in other years) generated to replace depreciated equipment,” he said.

When trade disputes impacted farming, MFP programs became something farmers were entitled to.

Ad-hoc programs became the biggest farm program payments across the nation. Yet, they are basically “one-off” programs and no one is sure how much the payments will be.

Parman explained these ad-hoc programs payments aren’t known until after the fact, putting a wrench in farm business planning for both farmers and ag lenders.

With the regular Farm Bill programs, farmers can look to the future and there is an instruction set on when and how much these payments will be.

Parman said land values and cash rents are another major part of farm wealth and the ag economy.

Cash rents for cropland and pastureland have stayed relatively flat across the region for the past six years, on average, although there are more fluctuations in pastureland.

“The moral of this story over the past six years is there just hasn’t been much movement in average land values,” he said.

Higher quality land tends to hold its value over time, and it is not as vulnerable to commodity price increases or decreases.

Regions that are able to take advantage of improved technologies, such as areas raising corn and soybeans, have seen higher land values.

In summary, Parman does not see land values increasing by large amounts, and that is good news for producers.

If there is an increase in land prices, the increase will probably not be a double-digit increase. It would essentially be an inflation correction.

SIDNEY, Mont. — The Sidney Sugars Inc., factory is busy slicing sugarbeets, with plans to wrap up the sugarbeet campaign in the Yellowstone Va…