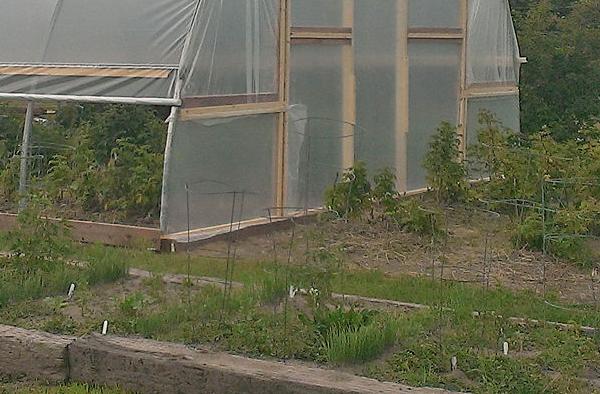 Here is the high tunnel at NDSU WREC. Vegetables were grown outside and compared to the vegetables grown inside. 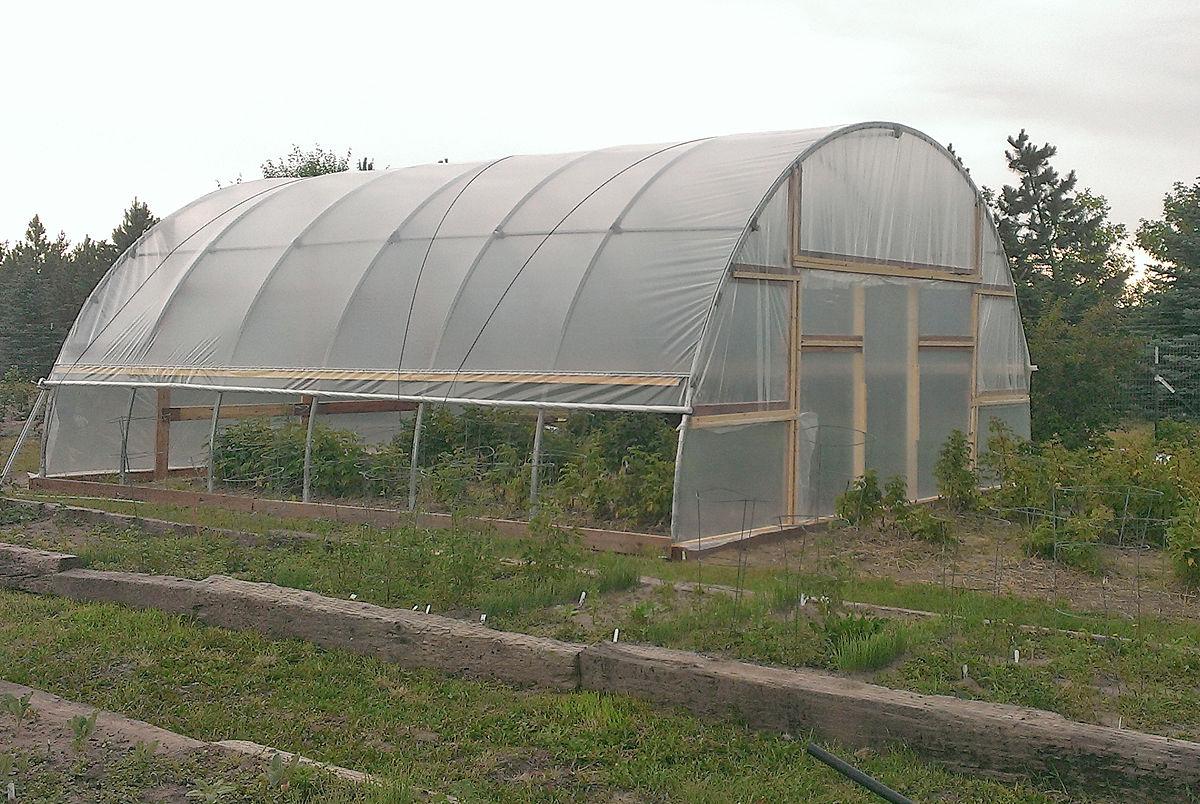 The high tunnel at NDSU WREC is an example of what home gardeners can build for themselves. There are smaller kits available from companies.

Here is the high tunnel at NDSU WREC. Vegetables were grown outside and compared to the vegetables grown inside.

The high tunnel at NDSU WREC is an example of what home gardeners can build for themselves. There are smaller kits available from companies.

Many farmers and ranchers and their families would like to have fresh vegetables growing earlier and longer in the year – either to sell at a farmers market or to have for their own dinners at home.

But should you build a greenhouse or a high tunnel?

The WREC Nesson high tunnel is 96 feet long and 26 feet wide, and there is another slightly larger NDSU high tunnel that was built near Absaraka, north of Fargo.

“High tunnels can expand the growing season, allowing vegetable and flowers to be planted early and harvested later,” Splichal said.

Splichal believes a high tunnel can be an easier and less expensive way to go than a greenhouse.

It is also less permanent and gives someone a chance to experience more vegetables, fruits and flowers longer before they commit to a greenhouse.

“A high tunnel is often called a hoop house because of its shape,” Splichal said.

Typically, a high tunnel has no electricity and it is not usually heated. It is an inexpensive, non-permanent structure with a poly covering of one or two layers.

The high tunnel has ventilation by sidewalls and endwalls and it is usually drip irrigated.

“You can plant directly into the ground or in boxes,” she said.

A greenhouse is different because it is a permanent structure with a concrete foundation like a house.

The greenhouse is a “more sophisticated means” of heating, wiring, and insulation. It is mechanically vented.

A greenhouse is more expensive than a high tunnel, constructed of rigid plastic material, usually glazed.

At the research center in Sidney, Mont., there is a greenhouse that producers can look at to see which they would want to build to extend the vegetable and flower-growing season.

High tunnels have their own advantages and disadvantages.

“They are solar-heated, which saves on electricity,” Splichal said. “In the [Northern Plains], high tunnels make sense because they are cheaper than a greenhouse and they extend our growing season. It is a faster return on investment.”

High quality crops can be grown in a high tunnel because they exclude bad weather. They also keep out pests and inclement weather.

Spring and fall weather can change drastically, so having vegetables in a high tunnel can help start and extend the season.

“If you are selling your vegetables at a farmers market, you can get your product earlier to market with a high tunnel,” she said.

In the spring, vegetables and flowers can be planted earlier.

“A high tunnel season is more predictable compared to vegetables grown outside in the field,” Splichal said.

Disadvantages to having a high tunnel include: frequent monitoring required; high humidity early and late can cause diseases; protected environment attracts insects and pests; snow loads and wind can cause problems and soil health and microbiology needs to be considered as it is intensively cropped.

“Nearly every vegetable, along with some fruits and flowers can be grown in a high tunnel,” she said.

That is also true of a greenhouse.

Splichal grew nine varieties of slicing tomatoes, pickling cucumbers, and bell peppers on one side of the high tunnel.

They also grew several varieties of flowers, including delphiniums, snapdragons, lisianthus, and dahlias.

When they cut the flowers, they took measurements such as stem diameter, bud size, etc.

Each trial was replicated four times for a total of 36 plants each, both outside and inside the tunnel.

With the tomatoes, they conducted a randomized complete block design with four repetitions and nine cultivars such as Arbason, Trust, Bigdena, Cobra, Pink Berkeley Tie Dye and Pink Wonder.

Best Boy and New Girl were industry standards so they chose those two, as well.

“We found New Girl was very marketable. Tomimaru Muchoo was the top tomato yielder, but it also had sun scald,” Splichal said. “Heirloom tomatoes need to be treated differently (so check with garden standard guidelines).

Pink Wonder had “a lot of cracking” and Arbason had a nice appearance.

“We tested our tomatoes for viruses and they had several mosaic viruses,” she said. The site had been a switchgrass trial previously.

Bell peppers were found to be more uniform.

Ace and King Arthur were good productive varieties that were early, and Islander was a good variety, colored violet to red.

“Islander was the top yielder and produced the highest number of fruits and best flavor,” Splichal said. The number two yielders were Ace, followed by King Arthur.

Bell peppers also expressed viruses but did not come back positive for viruses.

“They were also inundated with aphids, and we used some broad-based chemicals,” Splichal said.

The cucumbers they used included Amiga, Diva and Katrina, a high tunnel variety. Excelsior and Harmonie were picklers. Socrates was bred for cold weather. Iznik is a special high tunnel cucumber.

“Corinto was a top yielder in weight and Socrates did well,” she said. “We had cucumbers coming out of our ears.”

The following year, the cucumbers had some cucumber damage early.

“We did see fungal disease and then spider mites attacked the cucumbers. Early scouting was one lesson we learned,” Splichal said. “At the end, we found we had higher quality in the high tunnel vegetables than we did with the field vegetables.”

The planting beds were tilled and planted with transplants. Landscape fabric was put down between the rows.

The tomatoes, cucumbers and peppers were held up on wire mesh fencing, or suspended from the roof with twine or by using the Florida weave system.

Coffee cans protected small transplants to keep out rodents. They used hooks and clips and tape to hold the plants in place to the fencing or twine.

An identical trial was set up outside in the field under field conditions so “we could look at what was going on in the high tunnel versus the outside.”

When the veggies were finished and the flowers cut, they looked back and summarized:

-        Significance found within cultivar trials of each tomato, pepper and cucumber.

-        Higher quality and quantity of produce in the high tunnel compared to outside in the field.

“Season extension was achieved due to protection from early fall frost,” Splichal added.