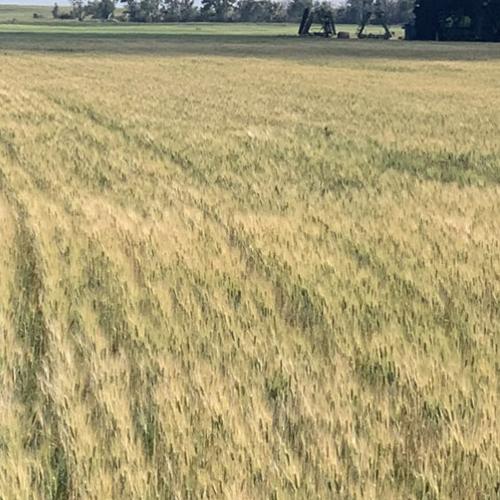 Durum and other small grains can be infected with vomitoxin during outbreaks of FHB, but scientists have found a mycovirus that disables the ability of FHB to make vomitoxin. 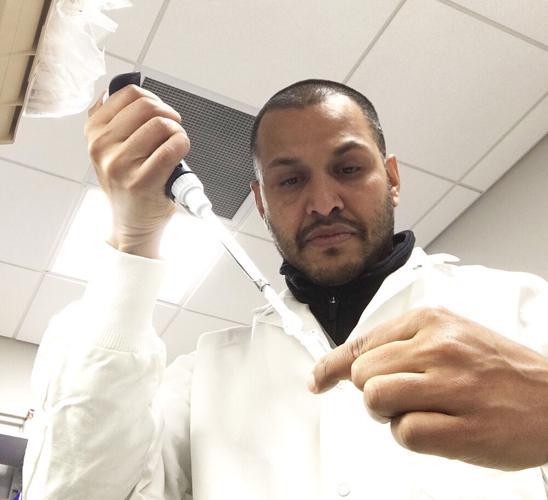 Bimal Paudel, researcher at SDSU’s Department of Biology and Microbiology, said the virus was discovered while their lab was working on the mycovirus species Fusarium graminearum Vg1.

A few years ago, northwestern North Dakota and Canadian farmers harvested a large durum crop, but much of it was infected with vomitoxin, a toxin that can be released as a result of Fusarium head blight (FHB) during wet, humid conditions.

Some farmers sold their durum at a discount at local elevators that year, while others bought grain cleaners to try and clean the vomitoxin out.

Elevators can’t take durum with vomitoxin levels above 2 parts per million unless it can be blended with other grain, because many export markets have bans against high levels of vomitoxin.

But could a naturally occurring virus change that outcome for farmers in the future and keep the fungus that causes FHB in check?

Scientists with the ARS Application Technology Research Unit in Wooster, Ohio, and South Dakota State University (SDSU) in Brookings, S.D., recently discovered a mycovirus that disables the ability of FHB to make vomitoxin.

Bimal Paudel, researcher at SDSU’s Department of Biology and Microbiology, said the virus was discovered while their lab was working on the mycovirus species Fusarium graminearum Vg1. That is the species that infects the FHB fungus, causing it to replicate and spread.

“We discovered that a new mycovirus strain, F. graminearum Vg1-SD4, actually stopped that FHB fungus from making vomitoxin,” Paudel said. “Overall, I think this is a very interesting finding and I hope the scientific community, including various companies, takes notice of this finding and possibly takes it a step further where it could be an important future biocontrol agent to mitigate FHB and vomitoxin.”

The virus might be able to be sprayed on cereal crops to keep vomitoxin in check.

However, the biggest roadblock to that is mycoviruses are difficult to produce as separate viral particles outside of their host to spray on wheat crops.

“I believe it’s possible to overcome this technical hurdle and produce the viral particles in sufficient quality/quantity that can initiate infection in the host fungus when applied extracellularly,” Paudel said. “However, it will take a lot of scientific work and optimization to reach that level of expertise.”

If it could stop vomitoxin, it could save farmers economically.

Paudel explained how the finding came about. The scientists had the fungus strain Fusarium graminearum in their lab that they were maintaining and working on for several years.

“The fungus stock we were maintaining was becoming less pathogenic to the wheat plants that we were testing in separate experiments,” he said. “That was puzzling.”

The scientists sent the fungal strain to sequence its genomic makeup to find out if there were any viral sequences present in it. The results showed slight differences from its parent species, FgVg1, which had been maintained in a live culture of the scab fungus and known to science for about a decade.

“After this sequencing and data analysis, we found it was indeed a virus – known as Fusarium graminearum virus 1 – that might have been making this fungus less pathogenic,” he said.

“Plants infected with Fusarium that had the mycovirus did not have any detectable vomitoxin, whereas the other two groupshad a significant amount of vomitoxin in their seeds,” Paudel said. “I was very surprised by the results. I was expecting less pathogenicity and lower vomitoxin level in the study group having the virus. However, having no vomitoxin at all detected in the group was a very pleasant surprise.”

Paudel has not come across any other biocontrol agents that showed elimination of vomitoxin. Even with the agent, fungicides and varieties with resistance to FHB would still be needed to manage the crop.

Paudel feels the discovery could help farmers down the road.

“Vomitoxin is a very big economic burden on farmers. I hope this work can be substantiated further to make a product using this virus that farmers could use in the future,” Paudel said.

The scientists involved in the study, however, have new assignments, so no one is currently working on the project.

“I understand that there is still a lot of work that needs to be done, especially for large-scale production that can be applied in fields,” he concluded.

New Big Buds to be custom built for farmers

FORT BENTON, Mont. – The MAGIE show is where farmers go every year in January, and that’s why Triangle Ag Services of Fort Benton will be ther…

Durum and other small grains can be infected with vomitoxin during outbreaks of FHB, but scientists have found a mycovirus that disables the ability of FHB to make vomitoxin.

Bimal Paudel, researcher at SDSU’s Department of Biology and Microbiology, said the virus was discovered while their lab was working on the mycovirus species Fusarium graminearum Vg1.

Wanted Any Loader or Tillage T