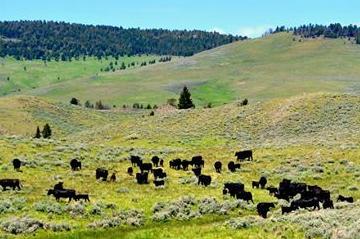 The Voldseth Ranch near Martinsdale, Mont. 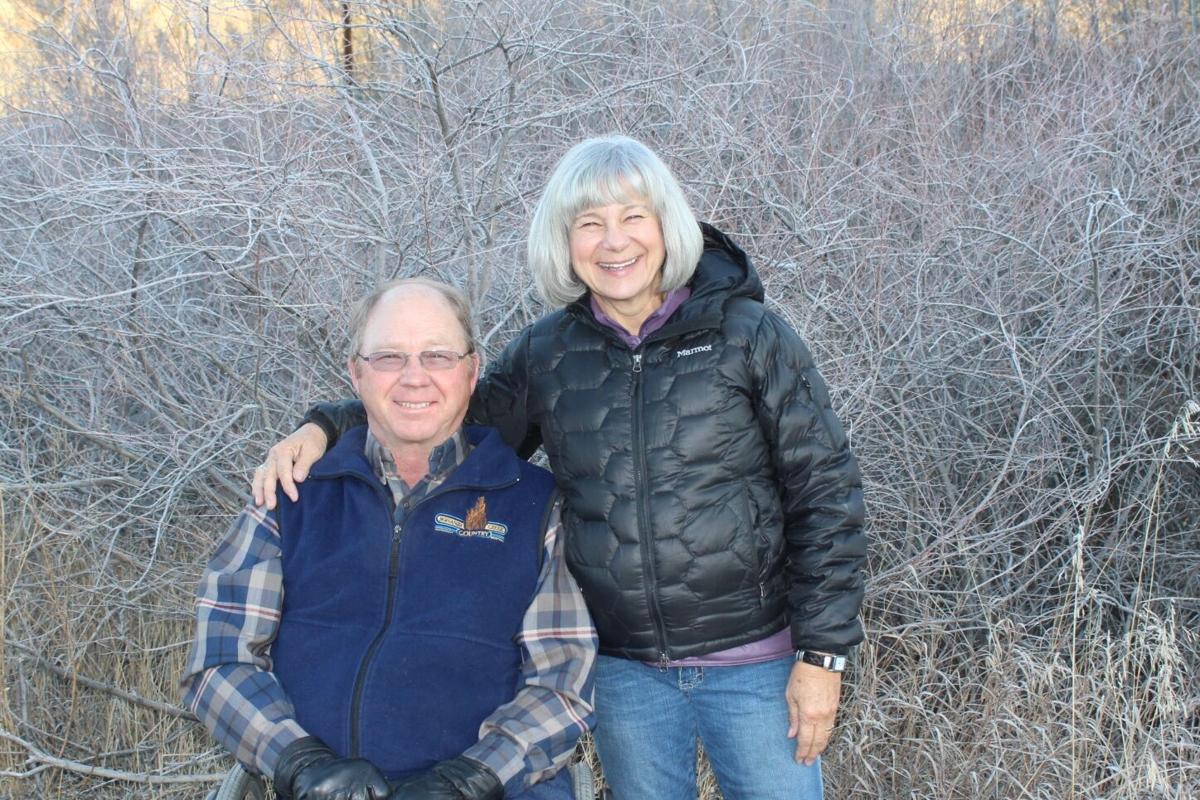 The Voldseth Ranch near Martinsdale, Mont.

In the foothills of the towering snow-capped Crazy and Castle Mountains, David and June Voldseth, fifth-generation on the ranch, operate Voldseth Ranch, a commercial Black Angus influenced cow/calf operation.

Their son, Vance, who lives on the ranch with his wife, Kim, has taken over the ranch day-to-day operations as David is mostly retired.

Besides Vance, the Voldseths have two daughters: Sonia (Grant) McDonald and Laura (Chris) Hunter both live and work with their husbands in New Zealand, and several grandchildren from all their children.

The Montana Stockgrowers Association has chosen Voldseth Ranch for the 2020 Environmental Stewardship award.

The ranch is an historic, beautiful ranch in Montana, with shelterbelts and trees throughout the hillsides and mountains in the distance. Some 1,500 cattle graze on native prairie grasses in the summer and hay from the hay fields in the winter, and there are many water, soil and other conservation improvements on the ranch.

“We move our cattle frequently in the summer in our grazing program on horseback, with a philosophy of ‘take half, leave half,’ so the grasses continue to be in good condition for hardy, healthy cattle and for future generations,” David said.

Established in the late 1877, Voldseth Ranch has been in one family since its beginnings. In July 2002, the ranch celebrated its 125th anniversary.

The history of the ranch is vast, beginning with Martin Grande, who emigrated to the U.S. (Minnesota) from Norway with his brother in 1866.

“Martin was my great grandfather, and he went by the name MT Grande,” David said. “Several people came from Norway to work on the ranch; some stayed and some went back.”

Martin headed west and married Karen, and they homesteaded land near White Sulpher Springs, raising sheep and livestock. They registered the livestock brand of TG Livestock in 1882.

Martin and Karen’s daughter, Mina, married Nels E. Voldseth, who immigrated from Norway, in 1911. The Voldseths homesteaded near Gildford in Hill County in 1911 and lived and ranched there until 1917.

The Voldseths later inherited half of the Grande ranch in 1932, along with sheep and cattle. They later changed to an all-cattle ranch.

After the long, 1930s drought, there were many environmental improvements made on the ranch.

The Voldseth’s eldest son, George, returned to the ranch after attending Montana State University. George married Karen Grande in 1938, and they had five children: Gary, Kenneth, Ronald, David, and Susan.

In 1972, David married June Wilson, from Thermopolis, Wyo., and they purchased the Bonanza Ranch and later, took over the family ranch, with David’s uncle, Norman, as well.

The 1990s brought the beginnings of another long-standing drought. David pointed out that water conservation improvements have been the biggest environmental improvement on the ranch.

“During my grandfather and father’s tenure on the ranch, a big reservoir was built on the ranch,” David said.

In 1947, the ranch began an extensive program of land leveling.

“Hay meadows were leveled for more efficient use of water,” he said. “After that, we installed four center pivot irrigation water systems.”

Hay, either alfalfa or an alfalfa/hay mix or hay barley, is grown under the pivots, so there are plenty of hay bales that are stacked for winter use wherever they feed around the ranch.

It helps the soil when cattle feed out on the pastures.

They use both regular fertilizer and manure to fertilize the soil for the hay fields.

They aren’t able to grow other crops due to the fact they only receive 12-13 inches of rain during the year, including snow, and they absolutely need hay for a lot of cattle and a few horses.

“We installed three center pivots, and the ranch is designed that the pivots are all gravity fed. We don’t have to have electricity to run the water through them,” David said.

In the summer grazing program, they have many acres of their own pastures, and rotate cattle often, as much as every three to four weeks.

“We get better utilization of the grass this way,” he said.

When they hay in the summer, they take breaks and go move cattle.

They have grazing permits in the Lewis and Clark National Forest for half their herd, where they have had to run pipelines from creeks for the cattle.

“On our own place, we are fortunate to have a lot of natural springs for the cattle,” he said.

They lease other acres in order to keep cows off pastures close to the home ranch in the summer and save those pastures for winter grazing.

“We winter graze as much as we can,” he said.

Last year, they had very deep snow that didn’t melt off, with some 3 feet of snow staying around in pastures, so they weren’t able to winter graze.

From March 1-15, the Voldseths calve the heifers and young cows. They do have barns in the pastures if the snow gets too deep during calving.

“In decent weather, the older cows do a fine job of calving by themselves,” David said.

In addition, they have miles and miles of fencing and cross-fencing, and the upkeep can be extensive, especially after a deep-snow winter.

In 1993, the Voldseths decided to add a value-added ag business to their ranch, and built Bonanza Creek Country Guest Ranch as a working guest dude ranch with four cabins and a lodge.

“June operates the ranch and guest house all summer long. People come from all over world, many from Europe and Australia,” he said. “They ride horses and enjoy themselves.”

Over the years, they have made life-long friends with the guests, and still keep in touch. Some come back to the ranch every year.

Part of the summer treat for the guests is to move cattle by horseback. They work a small herd on horseback, with June leading the way.

June has taken training with “healing with horses,” and teaches a Cowgirl Retreat every year.

For five generations, the Voldseths have been members of the Montana Stockgrowers Association.

The Voldseths will be honored at the upcoming MSGA annual convention. Their ranch will be submitted to the regional level, along with other state winners in this region.