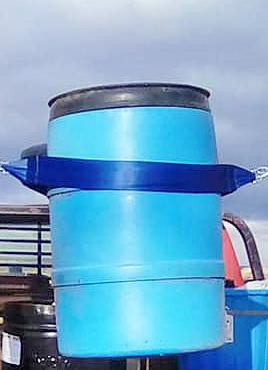 Here is how the mineral tub lifter looks on the bale bed on the back of a pickup. 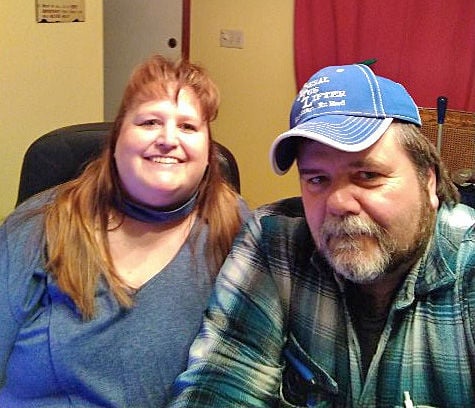 Here is how the mineral tub lifter looks on the bale bed on the back of a pickup.

MALTA, Mont. – Taking out mineral in heavy tubs is something that has to be done every time the cowherd moves in the summer to another pasture.

Mineral tubs are heavy – some weighing 250 pounds or more – according to Shyla Jones. Shyla and her brother, Jason, operate a farm near Malta.

With Jason and his older brother getting older, it was becoming more difficult to reload mineral tubs and lift them onto the truck to move to another pasture.

“We started Mineral Tub Lifter three years ago when my brother, Jason, needed our other brother to come help every time he had to fill and lift mineral tubs on the back of his truck. Since we have small pastures, that happened often in the summer,” Shyla said.

One day, Jason thought about trying to use the hydraulics on the bale bed to load the tubs.

Jason knew a hay bale bed would pick up a heavy hay bale with hydraulics and move the bale to a different location. So why not tubs?

He began trying out different straps and rivets to try to connect the strap to his hay bale bed and lift a tub.

“Jason thought the same system would work to lift mineral tubs if he had the right attachment to connect around the tub,” Shyla said.

The strap he was using really did not work very well, so Shyla tried using a nylon strap about 4 inches wide and chains to connect it to the bale bed lifter. That worked perfectly.

“We found one person could lift a mineral tub successfully using a bale bed and then unload it in the field,” Shyla said. “But you do need a bale bed to make it work.”

At the end of 2017, the two started sewing and manufacturing the nylon straps. They started selling them with chains to ranchers all over the region.

“Now we are selling to ranchers in all the 48 lower states,” she said.

Recently, Shyla has discovered she is selling the majority of the Mineral Tub Lifters to single women with a herd of cows or older men who don’t have as strong a back as they used to.

“We have seen a lot of demand from those two groups,” she added.

In addition to carrying mineral tubs out to the cows, Shyla found the lifter also worked with 55-gallon oil drums or 30 gallons of chemical or spray or any circular-type plastic or metal bucket filled with product.

“It is a big help around the farm or ranch,” she said.

Surprisingly, Shyla and Jason do all the sewing themselves.

“I moved out my dining table and we installed an industrial sewing machine there,” she said.

Shyla has been keeping her promise to buyers to have the product in the mail within 24 hours of ordering.

So far, she has about 500 Mineral Tub Lifters on hand at the farm. Her only worry is running out due to demand, but she is waiting to have the funds to hire another sewer.

“With the Mineral Tub Lifter, our hope is that you will save on medical expenses for back injuries, broken feet or toes, crushed fingers, dislocated shoulders and many other bumps and bruises that go along with loading or unloading mineral tubs, 30 and 50-gallon drums, large propane bottles, and many other circular objects,” she said.

Shyla will be at the upcoming MATE to show her Mineral Tub Lifter. Stop and see a video of how it actually works, or check out her website to order at https://www.mineraltublifter.com.