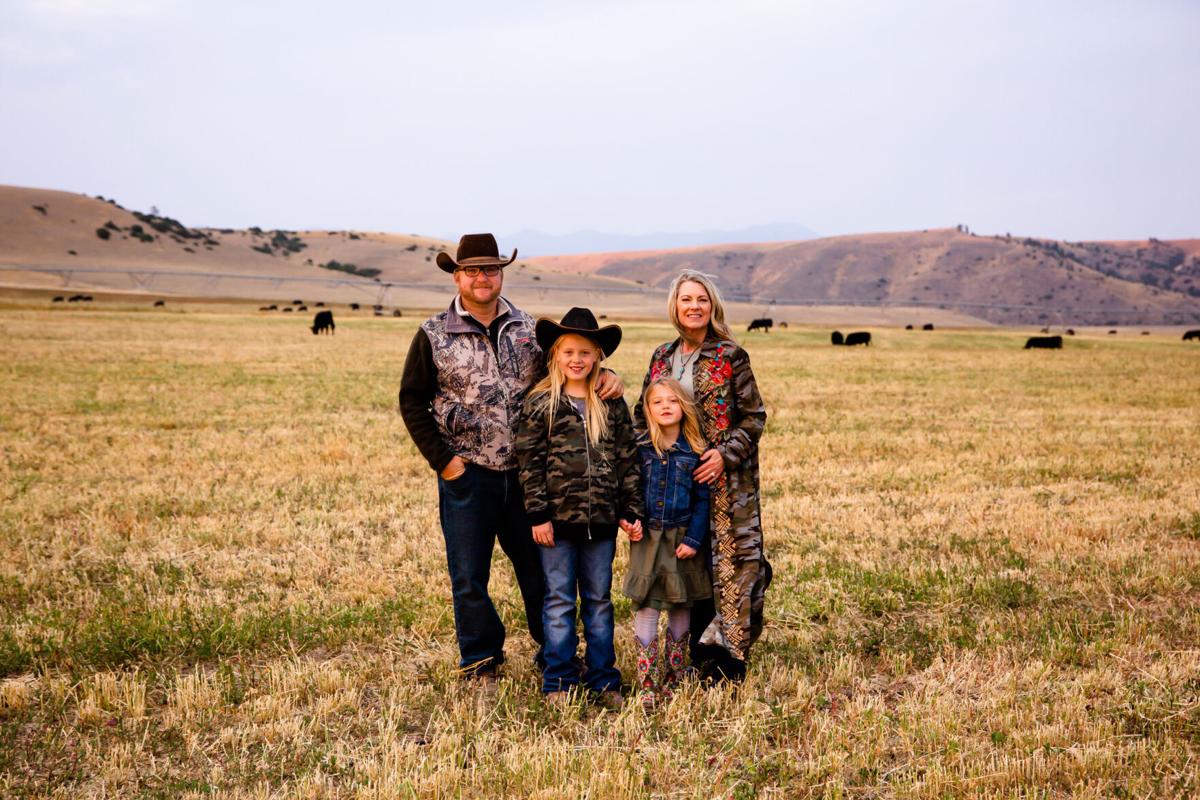 Jim and Susie Felton with their daughters, Sydni and Quincy. 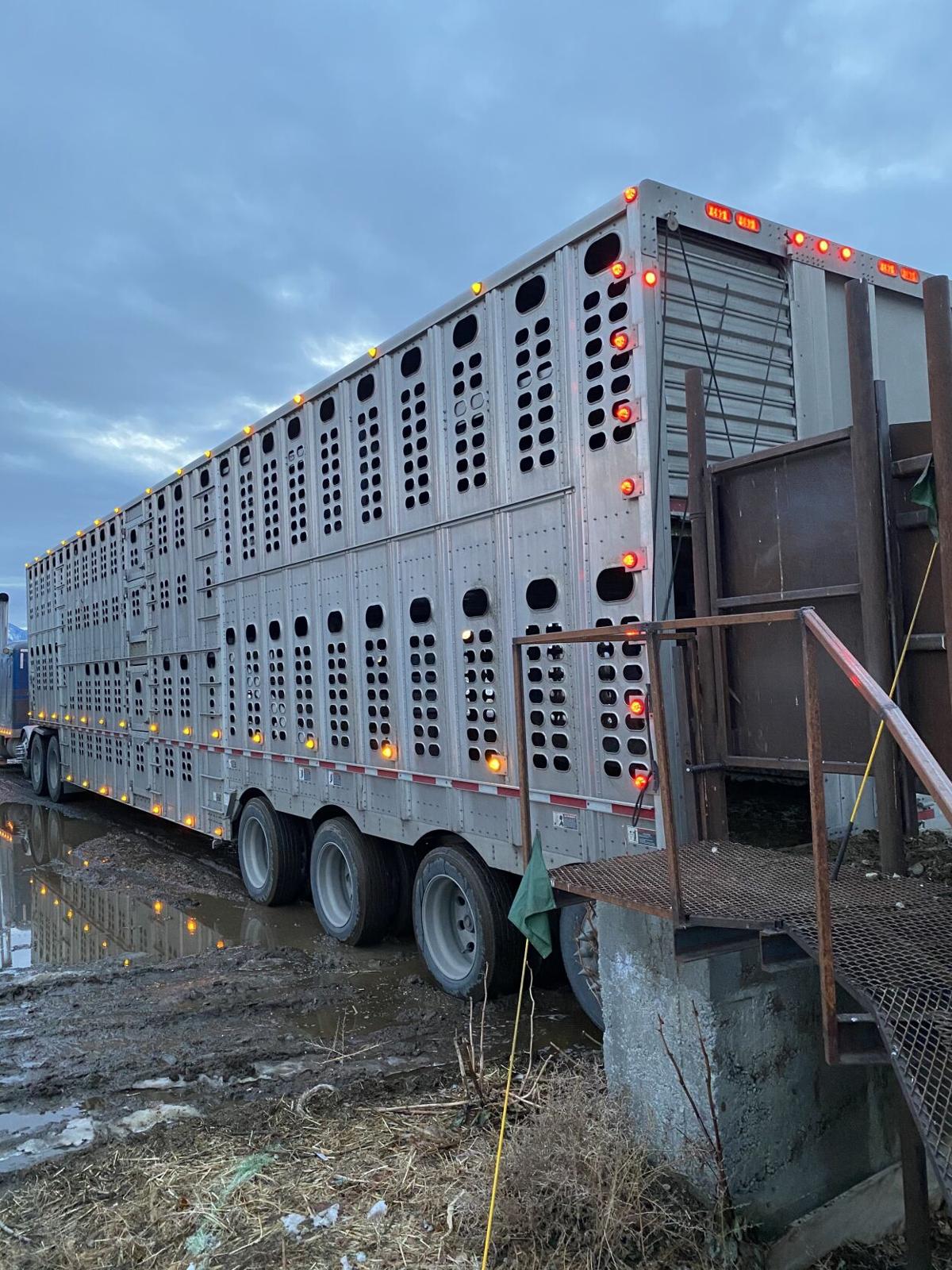 A semi filled with Felton sired calves out of Jordan, Mont., prepares to unload at the Felton Ranch feedlot in Springdale, Mont.

Jim and Susie Felton with their daughters, Sydni and Quincy.

A semi filled with Felton sired calves out of Jordan, Mont., prepares to unload at the Felton Ranch feedlot in Springdale, Mont.

SPRINGDALE, Mont. – As a generational seedstock operation, it is fair to say the Felton family knows cattle – Black Angus cattle to be specific. The family began raising registered Black Angus cattle in 1952, and in 1972, they moved out of western Montana, settling just to the east of the Continental Divide.

Third-generation rancher Jim Felton and his family now reside at the ranch in Springdale where they are committed to raising and developing quality Black Angus bulls that will stand up for the commercial man.

Felton Angus Ranch’s bulls are ran and developed on the ranch outside of Springdale, while the majority of their mother cows are run along the Tongue River on their ranch outside of Ashland. The diverse landscapes provided by both ranches means their cattle are bred to be tough and able to perform in a variety of environments. It also means Jim is very familiar with both the east and the westbound lanes of I-90.

“We do a lot of cow trucking,” Jim said with a chuckle.

Felton Angus Ranch will be hosting their 48th annual bull sale on Monday, Feb. 8, 2021, where they will sell two-year-old bulls, 16-month bulls, and bred heifers. A total of 400 head will run through the ring that day.

After so many years in the bull breeding business, the Feltons have honed in on exactly the kind of product they want to be able to offer. Felton bulls are known to be lengthy and they sire calves with a lot of growth. Most all, Jim says the goal has always been to raise and sell quality, hardy bulls that are worth their investment.

“I believe if a customer is going to pay $4,000 for a bull that they ought to be able to get four or five years out of them at least,” Jim expressed.

Three years ago, Jim’s wife, Susie, had the idea to take Felton Angus Ranch one step further by offering branded beef. All beef sold through the program are exclusively Felton sired and this venture allows Jim to buy back calves from customers and gain valuable carcass data at the same time.

“Not only are we selling beef, but I’m getting vital information back on what our bulls are siring,” Jim said.

So far the data has shown that Felton genetics are in fact carrying desirable carcass traits. On average, 90 percent of the Felton Beef is grading choice or prime and they have yet to have anything with a yield grade of 5 and very few at yield grade of 4.

All the calves are fed out at the Springdale operation and therefore are under Jim’s care. He explains the margins on feeding out cattle can be tough, but thankfully the Feltons grow and harvest just about everything they need for their feeding rations.

“If you are having to buy every stick of feed, it can be a little tough to pencil that out in these markets. We are fortunate enough to be able to raise all our own silage and hay and corn, so I can keep my cost of gain pretty cheap,” he explained.

When it comes to labor duties on Felton Angus Ranch, Jim says they are just like any other operation, everyone involved wears multiple hats. Susie primarily spearheads the Felton Branded Beef, and Jim’s job depends on whatever the day entails.

“I don’t really have a title. I could be the feed truck driver, the pen rider, the irrigator or the 2 a.m. hay baler,” Jim added.

Late fall is traditionally a very busy time for Montana ranches and Felton Angus is no exception. Jim is starting to fill his feed yard with calves he has bought, so there are a lot of cattle pots rolling in and out. Felton Angus bull prospects are also arriving at Jim’s house and are getting started on feed.

Calves and bulls coming into the yards have to go through an admittance regime, which entails deworming, getting base weights, replacing ear tags and other general processing tasks. As if processing calves isn’t time consuming enough, there has also been hay to haul and grind.

“We’re a typical ranch. We plan the day for what we want to get done and about 50 percent of it doesn’t get done, so we have to do it the next day,” Jim joked.

Despite his busy and unpredictable schedule, Jim is an avid hunter who enjoys spending his falls big game hunting. This year he was fortunate to draw some out of state tags, so in between unloading trucks and processing calves, Jim is looking forward to making some trips around the west.