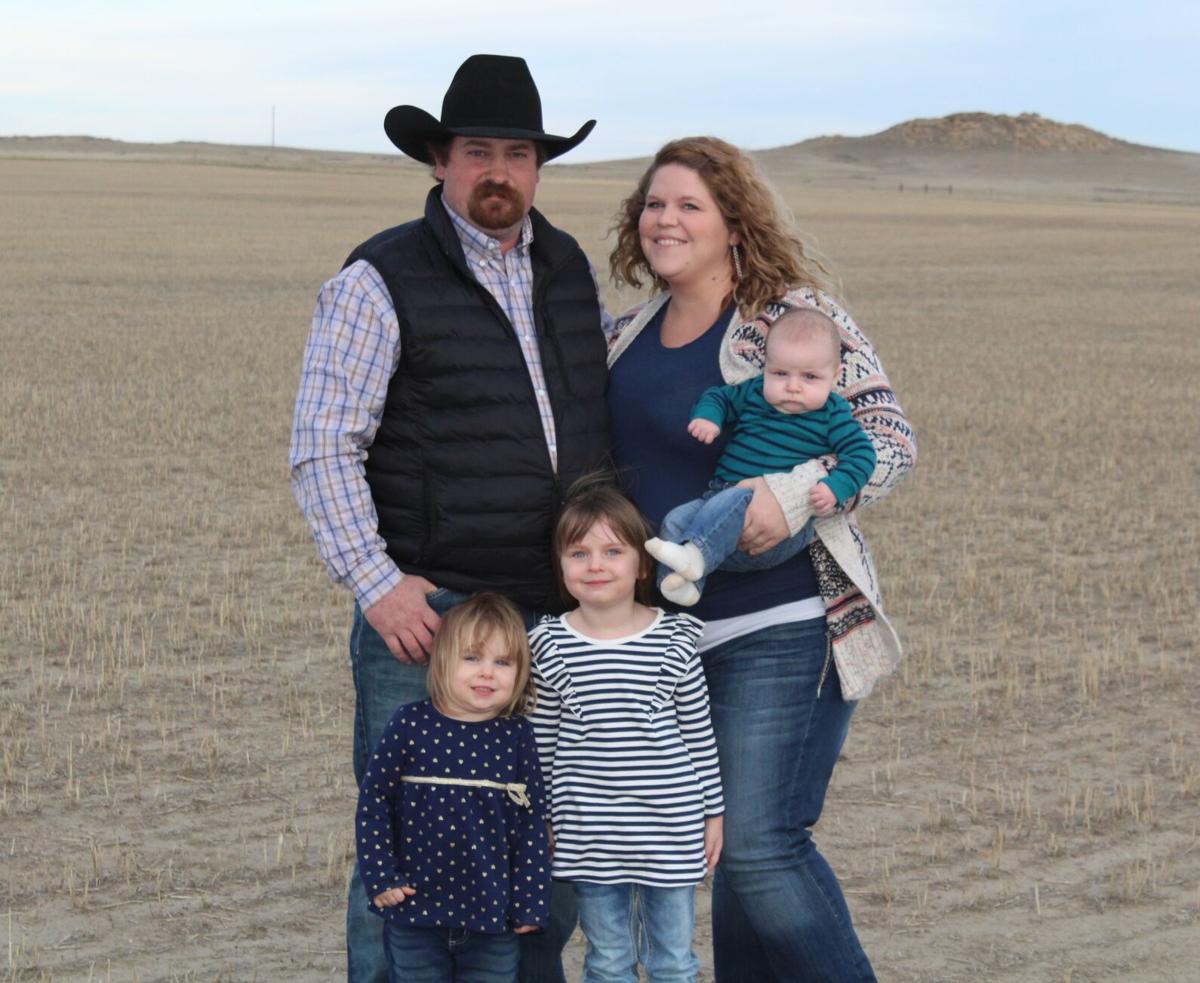 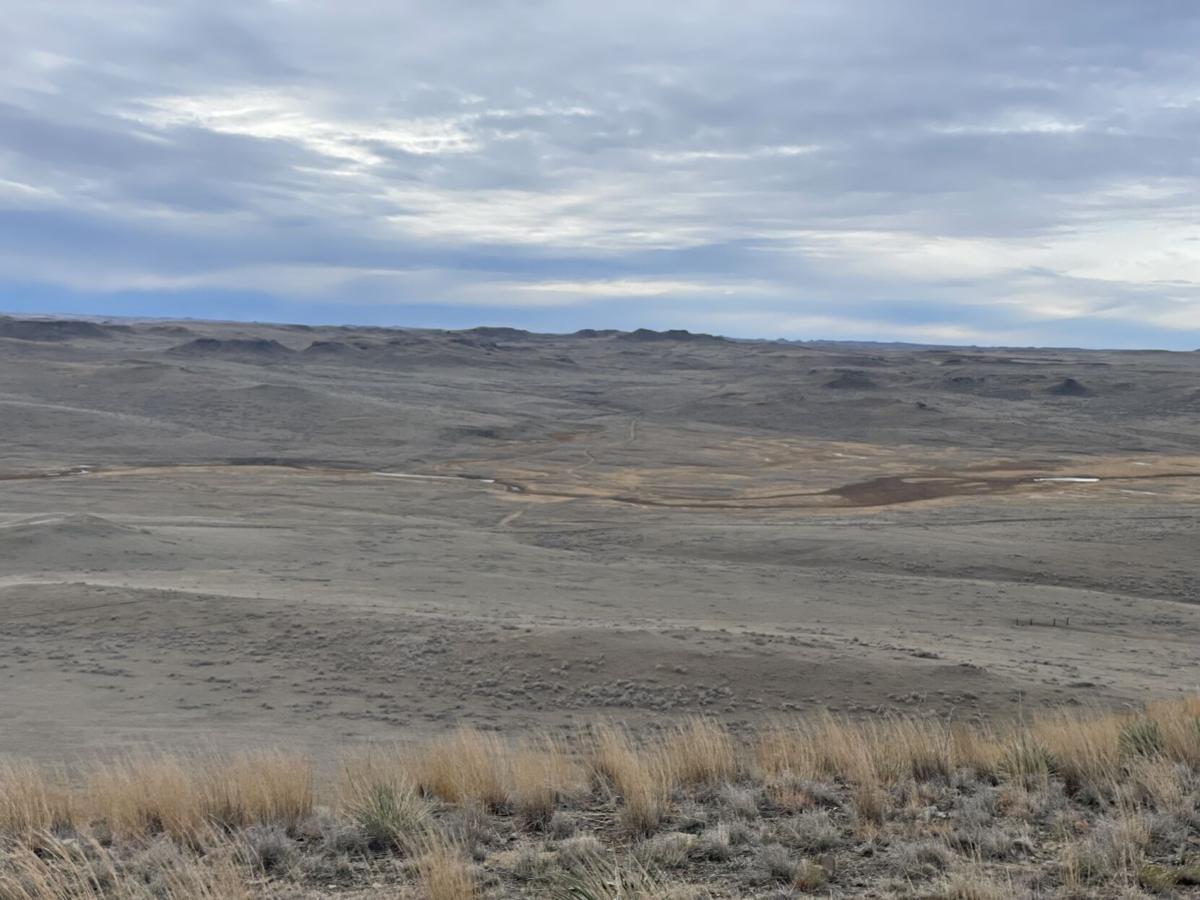 The short grass country of Garfield County is both impressive and rugged.

COHAGEN, Mont. – Traveling north out of Miles City on Highway 59 into the heart of Montana’s short grass country, the landscape is a visionary wonder to take in. It’s not quite wide open prairie and it is not quite the Badlands, but rather a combination of the two. The landscape is a mixture of rock outcroppings and rolling hill country that seems to “break away” from the banks of the Missouri River.

This is the heart of Montana’s iconic Missouri River Breaks country. A place where the crops, animals, and humans have learned to adapt and flourish in a country not known for its forgiveness. And it is here where Lane Green was raised and it is the land he chose to come back to.

The Missouri River Breaks is great grass country, but it lacks water. Historically, it was horses and sheep that did best on the landscape because they are a livestock that can survive on limited water supplies, unlike cattle. Lane’s family, like many in the area, ran sheep in addition to their cattle and farming operations.

“Sheep can survive on a little mud puddle, unlike a cow. Sheep will also make water last longer because they won’t stand in it. When they drink, they won’t put their feet in the water,” Lane explained.

Predators were hard on the sheep, so Lane’s family was forced to ultimately liquidate the sheep portion of the operation. Lane admits, he always enjoyed the sheep and he felt a tinge of sadness when the family sold out. So when he graduated from college and had the opportunity to buy some ewes, Lane jumped at it.

“I went to college in Miles City for three years and came back home in 2014 and my aunt sold me her bunch of ewes – about 200 of them,” Lane said as he recounted his beginnings in agriculture.

Nowadays, Lane runs a couple hundred head of commercial Targhee and Targhee cross ewes, in addition to also having a registered seedstock component to his operation. He also ranches alongside his father, raising about 400 head of mother cows and farming about 1,000 acres. Lane’s wife, Krysta, and their young children, Bexlee, 4, Whitlee, 2, and Rhett, 4 months, are also an integral part of the operation.

Cohagen is an extremely remote little berg that is about 56 miles north of Miles City and about 25 miles south of Jordan. Ranching in such a rural setting means Lane must be a self-sufficient jack of all trades.

“It takes a special person to live out here. And what is starting to get on us financially is freight because everything is just so far away from us,” he added.

Although there are challenges associated with ranching in Montana’s arguably most open county, Lane admits he wouldn’t have it any other way.

“If it’s what you are used to, you don’t know any better,” he said with a chuckle.

As of the first part of November, Lane and his family were winding down their fall works. The calves were weaned in October, coming off the cow at their average weight, so Lane was tickled. This year has been one for the record books and it is the little wins, like weaning average calves, that can give a person hope.

After weaning the calves, the ewes were brought in to be vaccinated and wormed. Additionally, Lane sheared the wool from around the ewes’ eyes and between their hind legs – a task known as “tagging.” The practices prevent wool blindness and help maintain wool quality.

Currently on the docket is getting the cattle preg-checked. So far, Lane has been pleasantly surprised at his breed-up. A tough grass and water year usually leads to poor breed-up, but proper range and herd management has allowed the Greens to achieve a breed-up that is quite well, considering the circumstances.

With fall works nearing an end, there is a bit of a lull before the repetitive task of feeding cattle begins.

The Prairie Star would like to thank the Green family for allowing our readers to follow along with their operation over the coming months. We wish them the best of success!

CUSTER, Mont. – When hearing the term “cowboy” it is easy to conjure up images of John Wayne, Tom Selleck, and Sam Elliott – men who brought t…

The short grass country of Garfield County is both impressive and rugged.