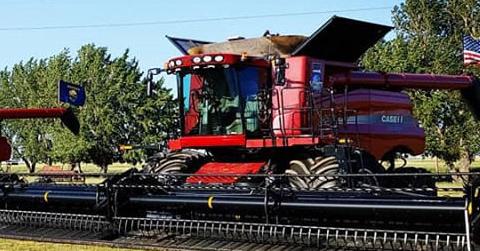 Welker Farms is ready for harvest. 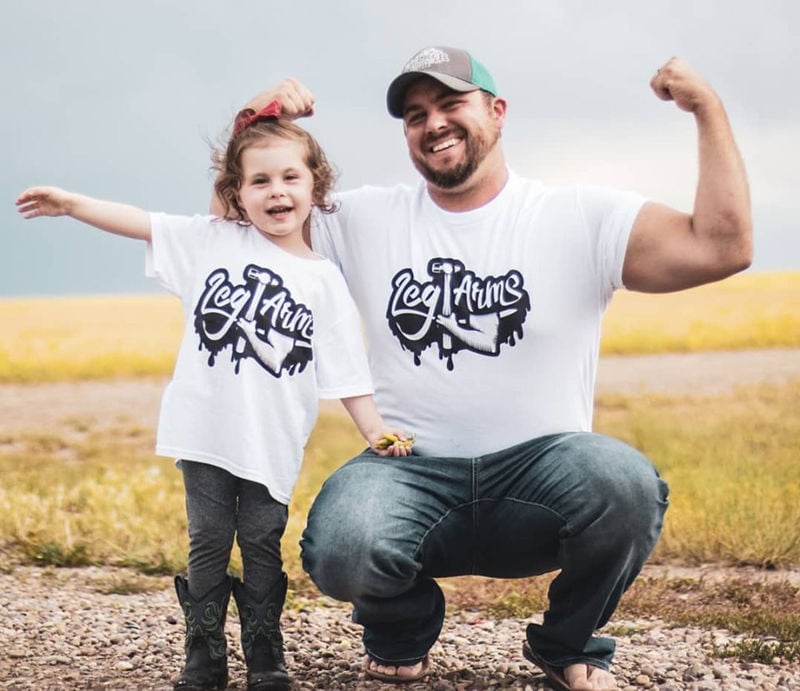 Scott Welker with his daughter, Taryn, wearing the T-shirts that sport Scott's nickname on their YouTube channel. Merchandise can be purchased at 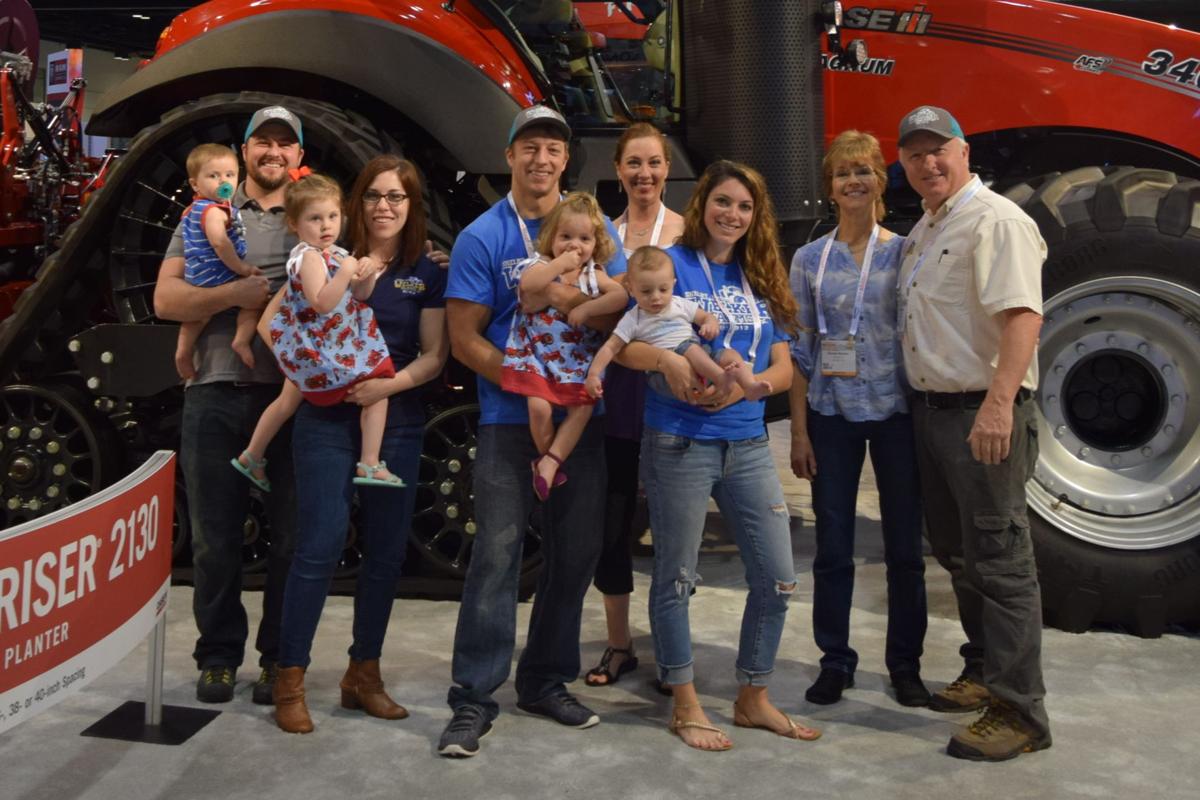 All the Welker farm families gather for the Commodity Classic.

Welker Farms is ready for harvest.

Scott Welker with his daughter, Taryn, wearing the T-shirts that sport Scott's nickname on their YouTube channel. Merchandise can be purchased at

All the Welker farm families gather for the Commodity Classic.

SHELBY, Mont. – Golden peas sparkled from the rays of the hot midday sun as the Welkers operated their two Case IH 8230 red combines in the fields.

Lowered nearly to the ground, the combine headers cut and gently tumbled the peas into the grain tank in back of the combine cab, as harvest 2019 got under way the end of July.

“We’ve started harvest with the peas being cut first,” said Bob Welker, who farms with his two sons, Nick and Scott, on Welker Farms. “We need to cut the peas carefully so they don’t shatter, because that will bring a discount.”

It’s one of the busiest times of year - but also one of the best - as farmers throughout the north central region of the state see a year’s worth of work come to fruition.

Bob, Nick and Scott take their turn at operating one of the farm’s two Case IH Axial-Flow 8230 combines, both with 45-foot MacDon draper headers, as they roll through the golden pea fields.

‘Old Glory” was briskly waving from the end of the auger of one of the combines, while the blue Montana state flag was flying high from the other one.

It is the first harvest that these two combines have been in the fields. Earlier, they made the decision, never an easy one, to trade in their older combines for the two at Torgerson’s LLC, their Case IH dealer.

“It wirelessly uplinks current engine, field and crop harvesting data to anywhere in the world we want to send it to,” Bob said. The system is cutting-edge technology and will help with management decisions on the farm. “We’re excited to have it for harvest.”

The guys are using their beautifully-restored 1986 International 9370 semi truck, that they painted to its original color, as well as another semi, for moving grain from the field to the bins.

When the tank in his combine was full of grain, Bob pulled up next to the trailer, extended the auger with the state flag flapping, and slowly emptied the tank. The auger was carefully moved back and forth as the yellow peas flowed into the compartments on the trailer.

Their helper during harvest, Brad, waited at the end of the golden field, and drove the semi back to the bins. There, he augers the grain into an aerated bins.

The Welker guys turned the Big Brute, their huge renovated sprayer that resembles a Big Bud, into a water truck. Having a water truck is a safety feature that most farms utilize in case of any sparks while combining in dry conditions. The combines, of course, also carry fire extinguishers.

While the two red combines look exactly like each other in the field, there is a slight difference between the two, other than the fact one has a larger tank on it.

“We received LSW tires for both the front and rear of one of our Case IH 8230 combines from Titan International,” Bob said. “The LSWs are the largest ag production tires made today. Engineered to compete with the increasing rubber track market, the tires have a very large tread footprint to minimize compaction at a third the cost of track tires.”

On one of their Welker Farms YouTube channel videos, Scott, Nick and Bob installed the huge tires, a pretty big job, considering the large front tires were taller than any of the guys.

“The first day of that video installing the tires had over 135,000 viewers, which was our biggest viewing for a day, and we also had the most comments. People loved it,” Bob said.

In fact, one fan liked how the combine with the LSW tires performed in the field, and named it ‘Beastbine,’ so Nick is going with that nickname. The fans also voted to name the other combine Clifford. Making harvest and farming fun and entertaining are what the Welkers like to do for their faithful fans on YouTube, Facebook and other social media.

Everyone continues to work together as a family on the Welker farm, so harvest will go off without too many hitches. Their wives work with the social media and the clothing purchases, and take time every morning to prepare their husbands with lunches and snacks, along with plenty of water.

The family amazingly continues to share agriculture with the world, even during a super busy harvest. They know that from now until the finish, the days will be long, hot, and often tiring.

Just before harvest started on the third full week in July, the farm received a rain shower, which was appreciated. So far, the weather has been mostly dry, hot and windy, with temperatures in the high 80s, along with a couple mid-90s, for the first week in August.

Earlier on the home front, Bob said they redid the farm playground for Nick and Scott’s children. They added sand to the play area, lined it with old tires, and are planning to install more playground items in the future.

“I love the interaction we have with the grandkids on the swings and in our above ground pool,” Bob said.

Meanwhile, back on the farm, the trio plans to move into cutting winter wheat when the peas are finished. The wheat is maturing and turning color quickly in the fields.

After winter wheat, there will be spring wheat to cut, with few breaks expected throughout August.

Harvest on the farm is definitely thrilling and blessings abound.

As Bob has said many times before, their story of agriculture is truly “a story of faith, farming, family and filming.”