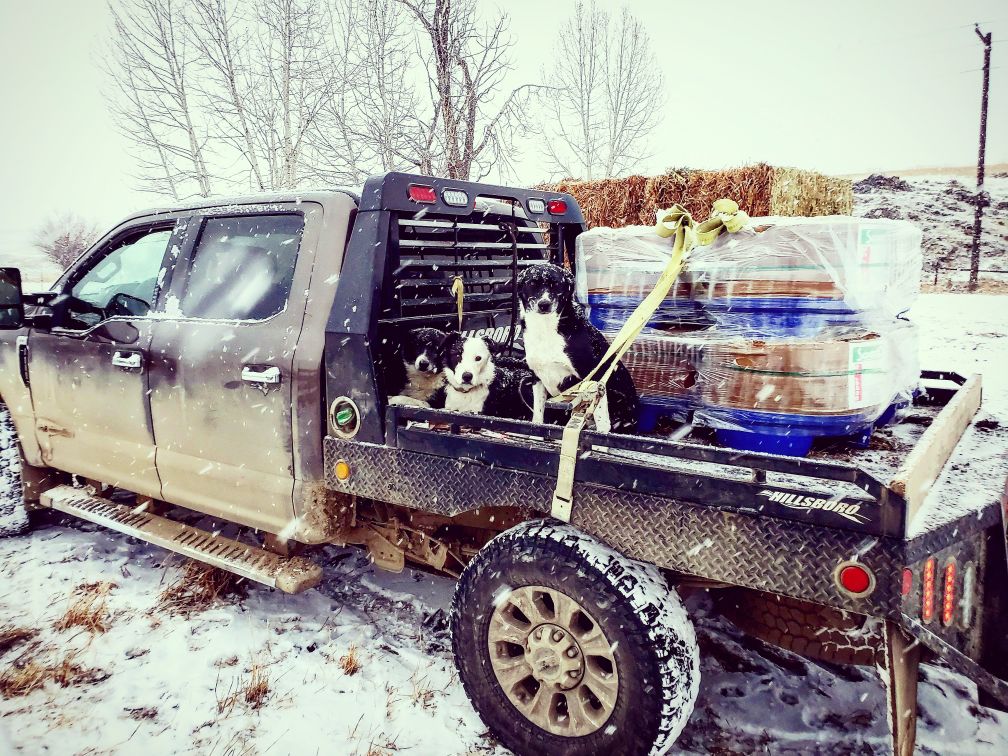 Jena and the dogs take protein tubs out to the cows 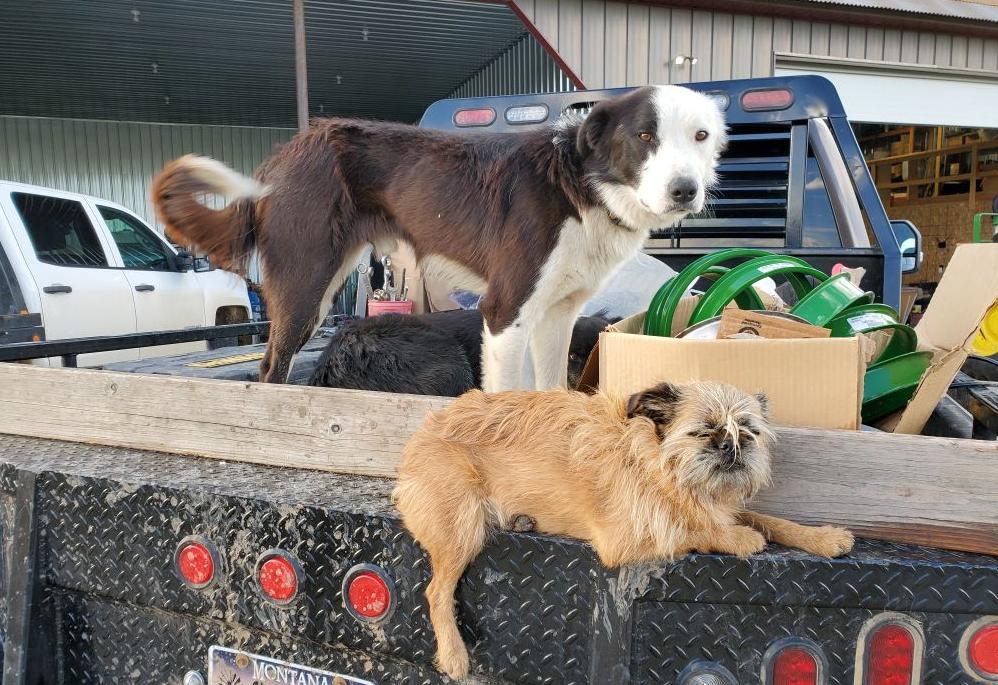 It could be argued this is Edie’s world, Chris and Jena Madrid are just lucky enough to be in it.

Jena and the dogs take protein tubs out to the cows

It could be argued this is Edie’s world, Chris and Jena Madrid are just lucky enough to be in it.

HARRISON, Mont. – Like many households across America, January means the start of spring cleaning for the Madrids. On Jan. 6, Jena was busy in the shop, organizing tools and cleaning.

“Chris is more of a big picture kind of guy, and I pay more attention to the details,” Jena says.

Chris is still busy hauling hay into Idaho every day, so Jena continues to hold down the fort and tackle the day-to-day tasks on the ranch. In addition to feeding the animals, Jena has been busy organizing paperwork in preparation for tax season.

As of now, the Madrid’s main cow herd is receiving some supplemental feed. They aren’t quite on a full ration yet, as there is still some grass for them to pick. So far, the winter has been relatively mild and open.

“I’m feeding four bales a day to about 400 cows, so they are getting like 13 or 14 pounds of feed per head,” Jena explained.

The Madrid cattle are entering their third trimester of pregnancy, so Jena is really keeping a close eye on them nutritionally. Jena and Chris firmly believe they are taking care of a fetus just as much as they are taking care of a cow. They want their calves to hit the ground healthy and vigorous, so the Madrids are diligent about supplementing their mamma cows. Jena makes it a point to never have their cows run out of mineral or protein tubs.

Although Chris and Jena divide and conquer a lot of the daily ranch tasks, they are never really alone. Jena in particular can always be seen with her three cowdogs, Roger, Moose and Angus in tow. Additionally, she never goes anywhere without Edie, who is a Brussels Griffon.

Although a Brussels Griffon is not the breed typically pictured when imagining a cowdog, Jena attests that Edie does in fact work cows.

“I’ll tell her to ‘get ’em up’ and she’ll run up to the cows. If I’ve got a calf in the warming jug, I can tell Edie to go lick on them to stimulate them,” she said.

In a lot of ways, the Madrids are traditionalists. Yes, they have tractors to feed and hay with and Santa brought them a new bale buster for Christmas, but for the most part, the Madrids still work their cattle on horseback, much in the same manner that cattle have been worked for generations. They also depend heavily on help from their dogs, Edie included.

“Me and the dogs, we go everywhere together,” Jena added.

Chris and Jena had hoped to be able to sneak down to Denver to spend Christmas with Jena’s family, but a snow storm blew in Christmas Eve day and dumped seven inches of fresh snow in the valley around Harrison, so the Madrids didn’t feel comfortable leaving.

“We are thinking now we may go down to the Denver Stock Show,” she said.

As a young girl, Jena grew up going to the Denver Stock Show and she loved it. Even back then, she knew her heart really belonged on the back of a horse somewhere in the middle of Montana, not in the city doing some desk job.

Life, as it turns out, has a great way of taking people exactly where they need to go.

Looking ahead, the Madrid heifer calves are due to be trailed closer to home. Once the heifers are situated, the entire Madrid herd will be ready to hunker down and ride out what remains of winter.