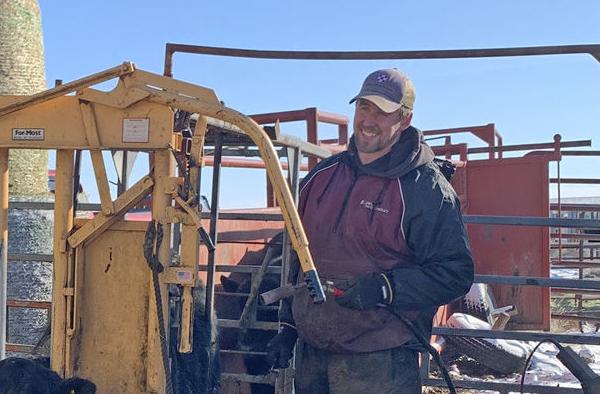 A nice day to trim bulls 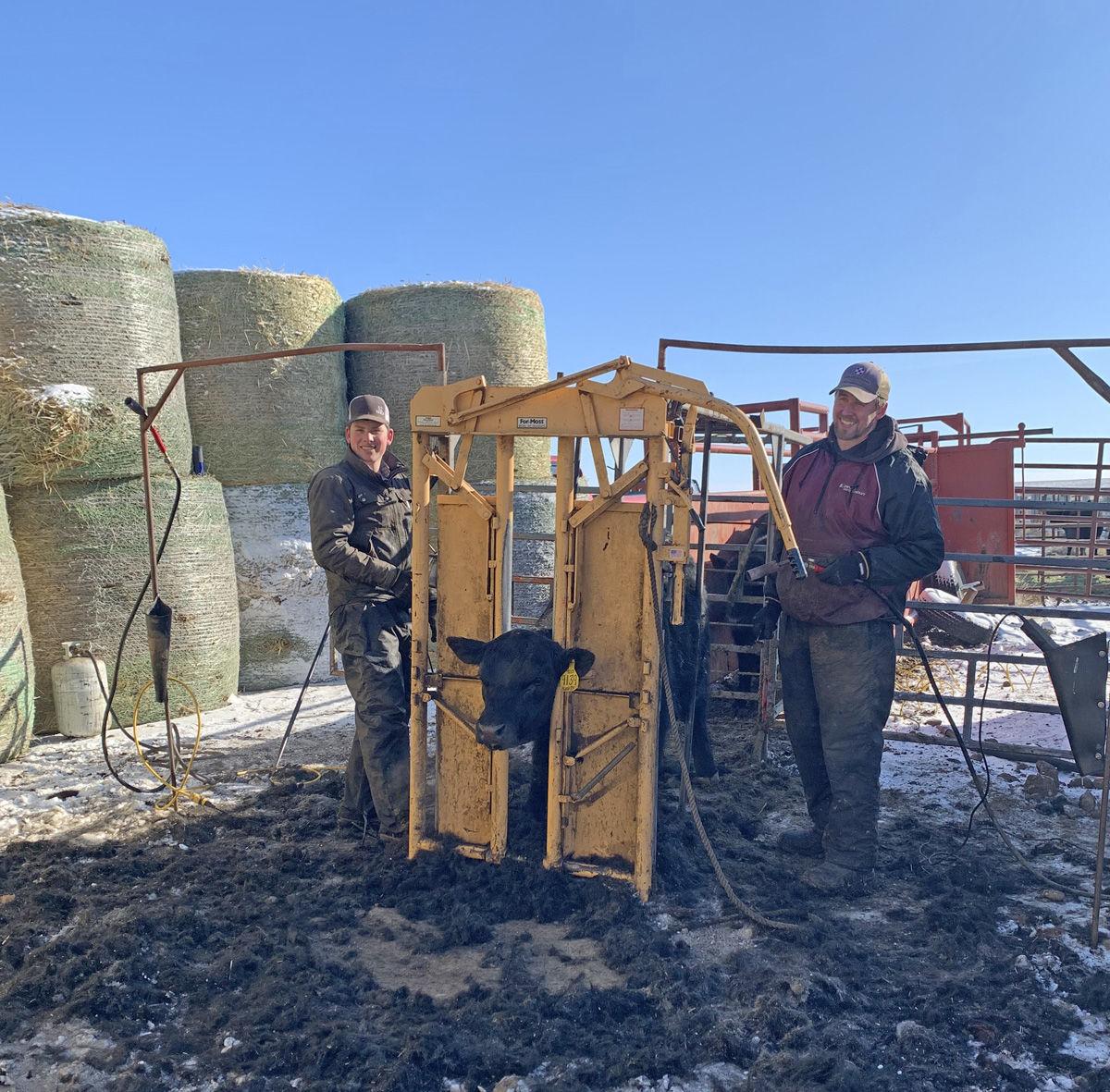 At PGC, cow/calf pairs are out on pasture with shelters for calves and lots of room to move after calving.

A nice day to trim bulls

At PGC, cow/calf pairs are out on pasture with shelters for calves and lots of room to move after calving.

HAVRE, Mont. – It feels like an early spring at Peterson Grain & Cattle (PGC), a seedstock Angus operation in the north central region.

“The weather has been beautiful the last two weeks,” said Andee Peterson, who operates PGC with her parents, Kim and Nola, brother, Ben, and sister, Casey. “We got a skiff of snow and a little bit of rain, but it didn’t amount to much. Temperatures have been in the 30s to the high 40s, and it is suppose to be around 55 degrees today,” Andee said.

Calving has been going well, but is slowing down at the ranch.

“We have not had any more twins, and we are two-thirds of the way done calving both the heifers and the cows,” she said. “It has been a great calving season.”

Casey, a veterinarian, also operates Milk River Reproduction, was so pleased with the heifers when they were calving, she wrote this on their Facebook page:

“We are nearly to the end of the first cycle calving the first and second calf heifers, and as I was putting a newborn and it’s first calf momma into a jug last night, I was looking for the word that would adequately express my admiration for this young set of cows, clockwork. They have calved without trouble, like clockwork. They have mothered their calves without fail, like clockwork. They pair up and take their calf from our barn, to our lot, to our pasture, like clockwork,” Casey wrote. “Dad keeps asking my favorite sire group, but honestly I can’t say I have one this group of young cows have been like clockwork (sire groups represented are PGC Long George, Motive, Paycheck, Capitalist 028, Traction, Reload, Power Tool, PGC Matrix 5172, and BDAR Confidence B492).

PGC is one of the seedstock Angus bull of the 14th annual Montana’s Northern Premier Angus Sale on Thursday, April 9, with lunch at noon and the sale at 1 p.m. (MT) at Bear Paw Livestock in Chinook.

The others seedstock operations in the sale are Top Notch Angus, Whistling Winds Angus and Kel McC Angus.

There will be a pre-social on April 8, and the bulls can be viewed the day before the sale and the day of the sale.

Austin Buzanowski and Joe Lewis brought their trimming chute to PGC to trim the seedstock Black Angus bulls ahead of the sale.

“They are wonderful to be around and are great with the bulls,” Andee said.

The Petersons rent a crowding tub from CHS in Chinook for the guys to load the bulls, and they bring their own trimming chute.

“They trimmed every bull in the feedlot – that is 188 bulls plus seven heifers of ours that will also sell at the Northern Premier sale,” she said.

In addition, photos were taken of all the bulls in the sale for the catalog.

PGC uses a special pen that has been set aside for taking photos and videoing the bulls. It is smaller, which helps make it easier to maneuver the bulls.

“Andrea Branger from Annie O Photos was here and photographed all of the bulls last Friday, and all weekend,” Andee said on Feb. 28. “She did a great job.”

Branger posted a photo on the Annie O Photos Facebook page of a wind tunnel that went through when they were photographing the bulls.

Patty Nissen from Top Notch Angus was also at the ranch, helping with all of the bulls.

“Patty is an expert at getting the bulls to position correctly,” she said. “We really appreciated her help.”

On March 1, PGC will be videoing bulls with Bo Bevis from Northern Livestock Video Auction.

“After that is done, we will work on finishing up the catalog with some footnotes on each bull,” she said. “We hope to send the catalog to the printer on March 6.”

Ben picked up more corn this week from Schroeders in Harlem.

“He has also replenished the pea supply and today he is loading the hay grinder as Roy Weikum is here for our monthly hay grinding day,” Andee said.

Kim and Marvin Cross went to the Skinner Ranch today for their annual sale.

“Skinner’s purchased our Lot 1 bull, PGC Forge 8075 in the 2019 sale and Dad sent pictures of him this morning,” she said. “He is doing really well and has been collected a second time for semen so we can continue A-I’ing to him.”