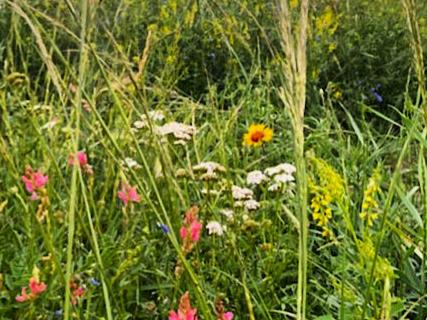 The pollinator strips at Vilicus Farms have a diversity of plants, some of which are flowering for the native bees. The farm worked hard to become “Better Bee Certified.” 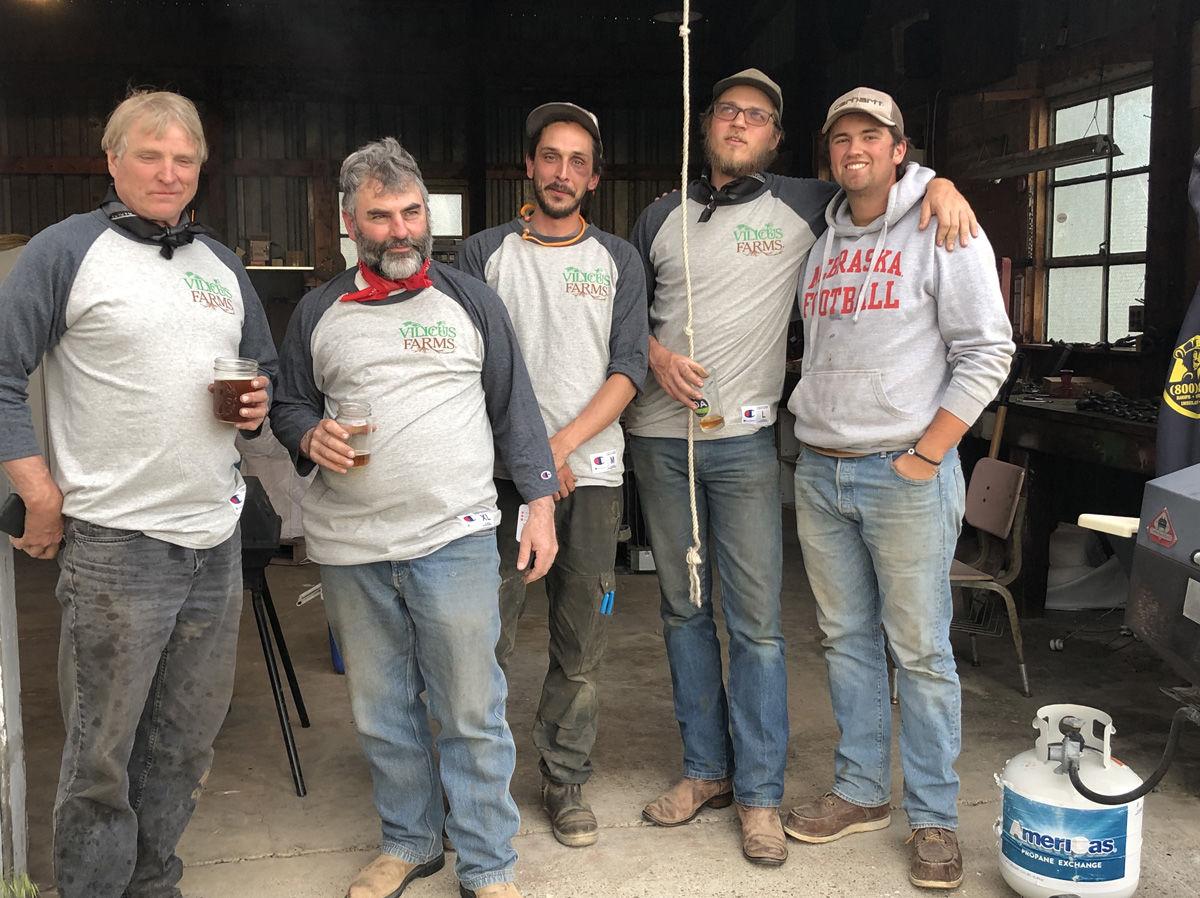 The crew enjoyed a cookout recently. From L-R: Jim, Doug, Ben, Paul, and Sam. Anna was taking the photo. Mark, a fellow crew member, was unable to make it to the cookout.

The pollinator strips at Vilicus Farms have a diversity of plants, some of which are flowering for the native bees. The farm worked hard to become “Better Bee Certified.”

The crew enjoyed a cookout recently. From L-R: Jim, Doug, Ben, Paul, and Sam. Anna was taking the photo. Mark, a fellow crew member, was unable to make it to the cookout.

HAVRE, Mont. – With good subsoil moisture to seed into, the crops and cattle at Vilicus Farms are thriving under partly sunny skies as spring turns to summer.

“The weather over the past week (June 14-20) has been a mix between beautiful sunny days with highs approaching the 80s and days of clouds and scattered rain showers with temperatures around 60 degrees. There wasn’t much moisture accumulation, with some fields receiving one-third of an inch and others receiving a half-inch,” said Paul Neubauer, farm foreman at Vilicus Farms.

On Friday, June 19, with the sun was blazing in the sky, Paul was glad the crops were growing well from good subsoil moisture and good water infiltration from their soil health program.

“All the crops look very good. They are developing well and there is a lot of nice grass, as well,” Paul said.

Out in the fields, the last of the buckwheat has been planted, with the earliest-seeded coming up.

In the pollinator strips, grasses are thriving and plants are flowering.

“Last year, we became Bee Better certified, which was the culmination of years of effort in establishing permanent, perennial conservation areas on our farm,” said Anna Jones-Crabtree, who owns the farm with her husband Doug. “To become certified as pollinator friendly, we partnered with NRCS to prepare and seed several mixes that included native grasses and flowering species that support the lifecycle of our native pollinator species.”

The organic yellow peas are just on the cusp of flowering.

“Peas put nitrogen in the soil. At the very least, you don’t need to use as much nitrogen if you were to plant wheat in the same field the following year,” he said.

The crew, along with Doug and Anna, have been scouting and reporting back with what they have found.

“The crops so far are looking good. We have had very good germination in all of our small grain crops, and it has us feeling optimistic about the season. Even our flax strips are looking better than they have before, and flax can be challenging since it is not very competitive,” said Ben Clark, farm agrarian at Vilicus Farms.

Doug and Anna scouted the fields on their “Hi-Line” unit, and the average rating they gave the crops at this stage was a 7 out of 10.

“Some strips are looking even better. Our winter rye is headed out and will soon start to fill. Harvest is only weeks away for the rye,” Ben said.

Ben pointed out that winter rye grows very well in the climate of north central Montana.

“It does amazing in our harsh climate, surviving our 40 degree below zero winters in dormancy, and then busting out ready to take advantage of the spring rain and temperatures before we can even get other seed into the soil,” Ben said.

Meanwhile, Paul has been custom grazing the cow/calf pairs. The pairs are grazing strips of yellow sweet clover.

“With our John Deere air seeder, we no-till seeded clover strips next to a cash crop last year,” he said.

Seeding this way helps to avoid runoff, keeping the moisture in the seed beds. It also keeps down weeds, which can be a problem on an organic farm.

The first year, the sweet clover was small, so it didn’t outcompete the cash crop.

They harvested the cash crop and the clover strips remained, growing out this spring.

“The sweet clover overwintered and came up this spring. It helps us cut down on labor, fuel and equipment use in the spring when crops overwinter,” Paul said.

After grazing the sweet clover strips, Paul plans to move the cow/calf pairs to some barley and forage cover crops.

“We have at least three different cover crops that the cattle can graze,” he said.

The farm crews hauled manure to the crop strips, where it sat for a year, which helped it break down. Then, it was spread on the green manure cover crop strips.

“While our crop rotation is designed to make certain kinds of plant nutrients available, such as legumes for nitrogen fixation, our manure helps us keep our phosphorus levels up,” Paul said.

With the crop and pollinator strips and the numerous organic crops, plus the cattle, there is increasing diversity on the farm.

“We like diversity in our cropping system and on the farm. It causes us to be more resilient,” Paul said.