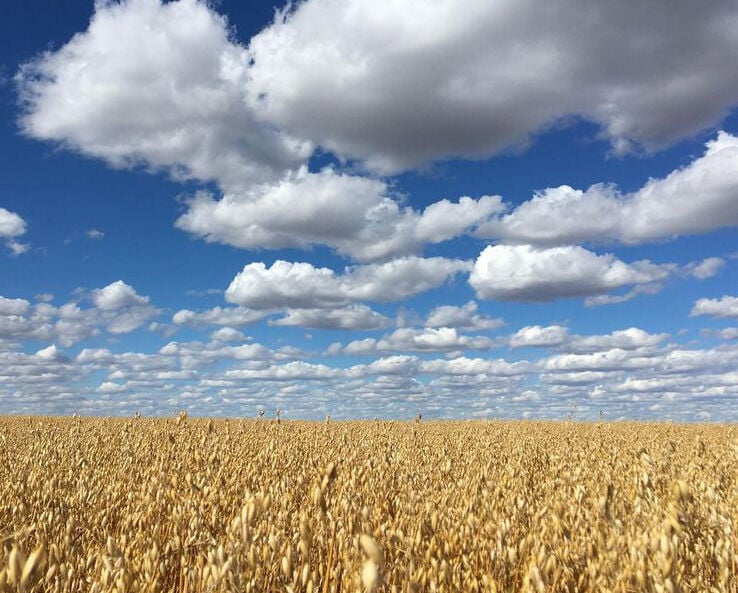 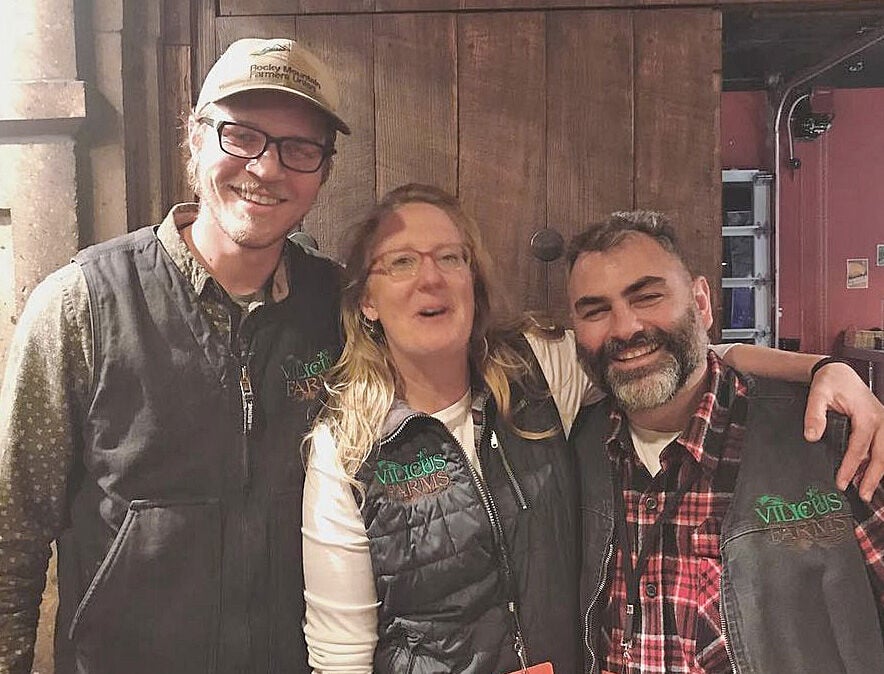 HAVRE, Mont. – At Vilicus Farms, owners and operators Anna Jones-Crabtree and Doug Crabtree, are happy the finish line is drawing near for the end of the harvesting/planting season.

“Everything is going well at the farm. We have recently finished seeding all our fall-seeded crops, including spelt, hard red winter wheat, winter rye and a nice trial of hulless spelt,” said Paul Neubauer, farm foreman at Vilicus Farms and the lead on the new custom cattle grazing operation at the farm.

The temperatures around the farm are growing cooler – a sign that fall is definitely here – but there are still some warm daytime temps that help with completing the rest of fall work.

“The equinox has come and gone and you can feel it in the air. Looks like nighttime lows in the mid-30s all week long, but no hard freeze in the forecast yet,” Paul said. “The days are still dry and sunny. It is truly a relief to have all the smoke and haze gone for awhile and to see the sun and the blue sky again.”

A recent rain is giving a boost to the newly seeded crops before the snow flies.

“We were able to seed into very good soil moisture and we got some nice rain once the seed was in the ground, so I am optimistic about our prospects going into winter,” he added.

Paul is already out scouting the winter crops, and reporting that some of the winter wheat has germinated and emerged.

“Hopefully the grasshoppers will leave it (the seeds) alone. I have been doing a little scouting on the wheat that has emerged and I have seen little evidence of grasshopper damage yet,” he said. “With these cooler nights, they are not quite as active, but I know they are still around, waiting for the sun to get them warmed up and moving.”

The wheat and the majority of the spring crops have been harvested.

“There’s only flax and buckwheat left. We are winding down on harvest,” Paul said.

With the flax, Vilicus Farm crews have seeded the oilseed in the past, but they’ve found their spring management needed fine-tuning.

“We learned more about seedbed preparation and timing in the spring, especially from our failures. On some fields this year, we are seeing good results and we’re excited about it,” he said.

Paul is hoping they can take what they’ve learned and apply it to next year to put flax into a permanent rotation of the farm.

“Hopefully, we can take those skills we’ve learned into next year and make it a permanent and profitable part of our farm rotation,” he said.

Buckwheat is grown for seed on the farm.

“We primarily use it as a warm-season cover crop. That is one way in which we try to get some extra value out of the ground we are transitioning into organic production,” Paul said.

With the custom cattle grazing, Paul said the cow/calf pairs are grazing a warm-season cover crop mix, which at this point is mostly millet and sorghum-sudan grasses.

Eventually, the Crabtrees hope to own their own cow/calf herd, knowing that hoof action and manure are keys to soil health – along with diversity, crop rotations, and more – on the north central farm.

“The cow/calf pairs are doing well on the cover crop mix and the recent rains have given a big boost to the forage. However, these cool nights have basically put a halt to the growth of those grasses, and I am keeping my eye out for heavy frost, as the sorghum-sudan grass produces toxic prussic acid when it freezes,” he said.

Fortunately, the cattle are in an area that is just a short distance from where they are currently grazing.

“If that happens, we have some native range pasture that is a short move away. About a week to 10 days after a hard frost, the prussic acid has gone out of the sorghum-sudan, so at that point they could go back to grazing that crop,” he added.

Regarding marketing of the spring crops, Vilicus Farm crews recently moved some yellow peas out of the bin and hauled the peas to the processor.

“It looks like we will be doing more of that in the coming weeks,” Paul said.

In the meantime, crews are starting to do some crop cleaning to try and limit dockage for weeds and miscellaneous particles, “trying to maximize the value of every truck that leaves the farm loaded,” he added.

Paul pointed out that most crops could benefit from some form of cleaning.

Crews are also doing maintenance on equipment and storing it away.

“As we wrap up fieldwork for the season, the team will transition into winter preparations – doing equipment repair and service, winterizing where needed, and finally storing until next time,” Paul said. “It is a good feeling to have something completed and a crop in the bin.”

Paul sat back and reflected on the season.

“As Doug (Crabtree) and I discussed the other day, there is a sense of melancholy that comes with the end of harvest,” he said. “For us, it’s the most fun we can have all year, to see all our hard work through the growing season come to fruition in the fall. For that fun to end is somewhat bittersweet.”

Paul said he would be staying at Vilicus Farms.

“I hope that my role on the cropping side of things will slowly diminish and specialize as my ranching and grazing business grows to a size to support my livelihood,” Paul said. “The future of the farm is wide open, and there is a world of opportunity here in northern Hill County, if we can join together with the right people to take advantage of it. We will continue to diversify in our crop production and our income streams, and we will always keep good land stewardship at the heart of what we do!

The Prairie Star would like to sincerely thank the Crabtrees for allowing us to follow along with them on their organic farm journey this season and for providing us with some very nice photos. We especially wish to thank Paul Neubauer, who has spent many hours reporting on the farm to us. We wish all of you at the farm the best of luck in your future endeavors!

HELENA, Mont. – Founded as a gold camp in the 1860s, Helena is a city rich with Montana history. It became the territorial and eventual state …

LEDGER, Mont. – Growing up on a family farm in the heart of Montana’s Golden Triangle, Cassie Andrews learned to do it all right alongside of …