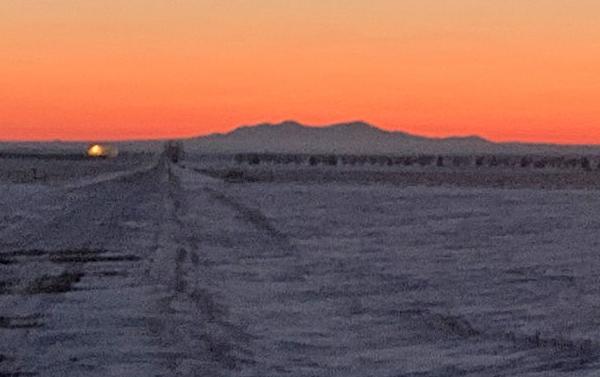 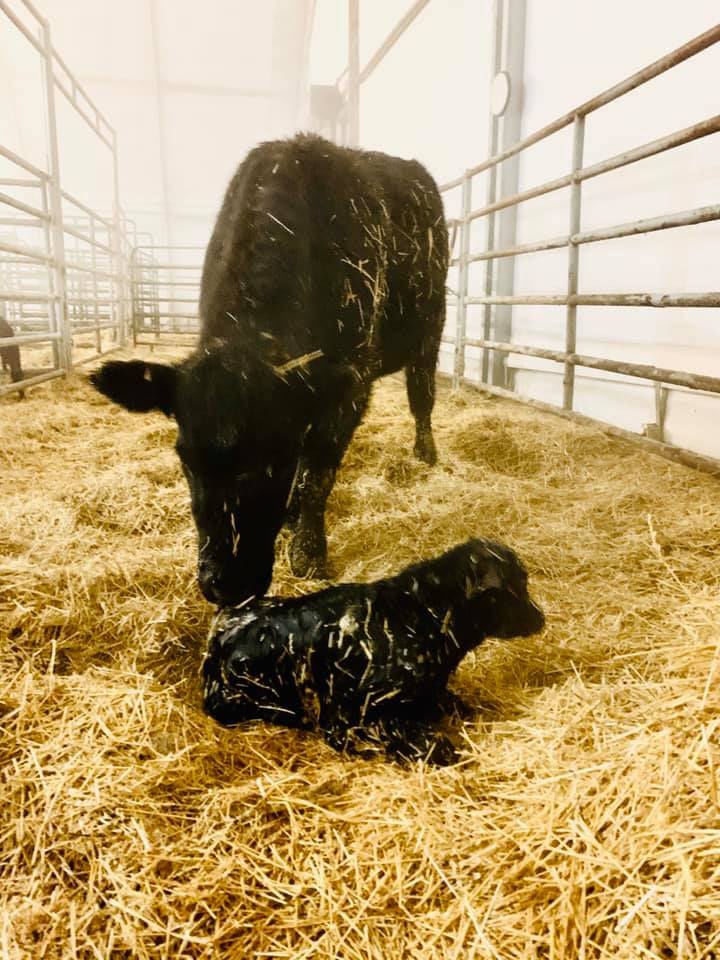 Andee Peterson captured this photo of a new mom and her calf in the calving barn. 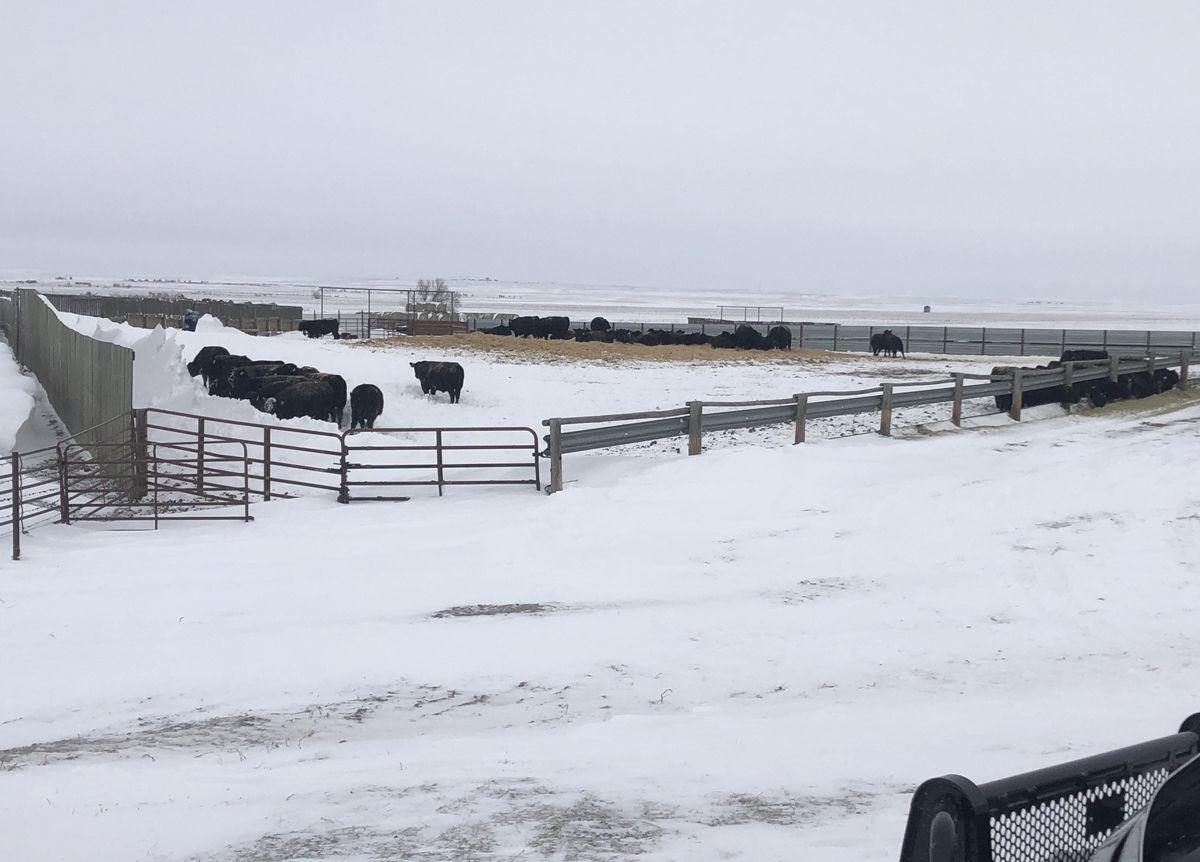 The Petersons had to move snow before they could feed cows in mid-March.

Andee Peterson captured this photo of a new mom and her calf in the calving barn.

The Petersons had to move snow before they could feed cows in mid-March.

HAVRE, Mont. – Spring storms are more typical than not in north central Montana, but storms always significantly add to the work of livestock producers.

“We had a three-day blizzard with steady 20 mph winds and gusts that were higher than that - along with below freezing temperatures,” said Andee Peterson, who operates Peterson Grain & Cattle (PGC) with her parents, Kim and Nola, brother, Ben, and sister, Casey. “It’s hard to tell how much snow we got but I would say it was over 12 inches - lots of big drifts everywhere.”

Fortunately, Peterson Grain & Cattle is a family operation, and everyone barreled through the chores together, moving snow, putting down straw and feeding.

“We had to plow a lot of snow yesterday to get the cows fed,” Andee said. They plowed out the roads along the feedlot, as well, to feed the seedstock Black Angus bulls.

Kim made sure all the new calves stayed comfortable.

“Our calves did well through the storm because Dad bedded all of the calf huts and placed straw along the windbreaks. Not only that, but Dad re-bedded every day in the blizzard,” she said.

During the storm, the Petersons used the calving barn, putting the cows that were calving during the blizzard into the barn every night.

“Calving is going well. We are finishing up – there are only 30 cows left to calve,” Andee said.

The Petersons are in the final stages of preparing for their annual bull sale.

“Videoing went really well! Everything will be posted on Northern Livestock Video Auction soon,” she said.

The 14th annual Montana’s Northern Premier Angus Sale will be on Thursday, April 9, with the sale at 1 p.m. (MT) at Bear Paw Livestock in Chinook.

“Everyone is invited. We have a great set of bulls this year,” Andee said.

The others seedstock operations in the sale are Top Notch Angus, Whistling Winds Angus and Kel McC Angus.

“We will have a pre-social on April 8, and the bulls can be viewed the day before the sale and the day of the sale,” she added.

The Northern Premiere catalog is going to print this week so “hopefully, it will be out by this weekend.”

Those who want to view the Northern Premier Angus Sale catalog, see http://www.petersongrainandcattle.com. There is a box on the site with “view catalog.” Click on that to see the 2020 catalog.

“Bulls will go to Bear Paw Livestock on April 8; then we have a social from 4 p.m. to 7 p.m. there, so people can view the bulls the day before the sale if they like,” Andee said.

“As always, anyone is welcome to come see them at the feedlot before then,” Andee said.