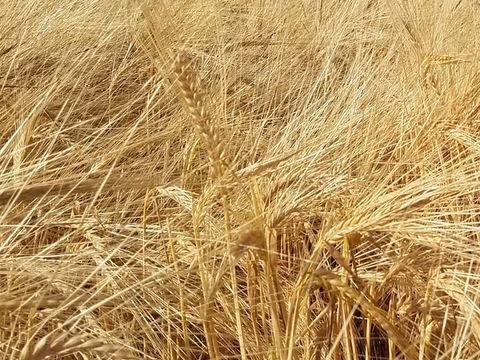 At Arrow K Farms, the Kessels check out one of their new barley varieties this summer. Photo courtesy of Arrow K Farms. 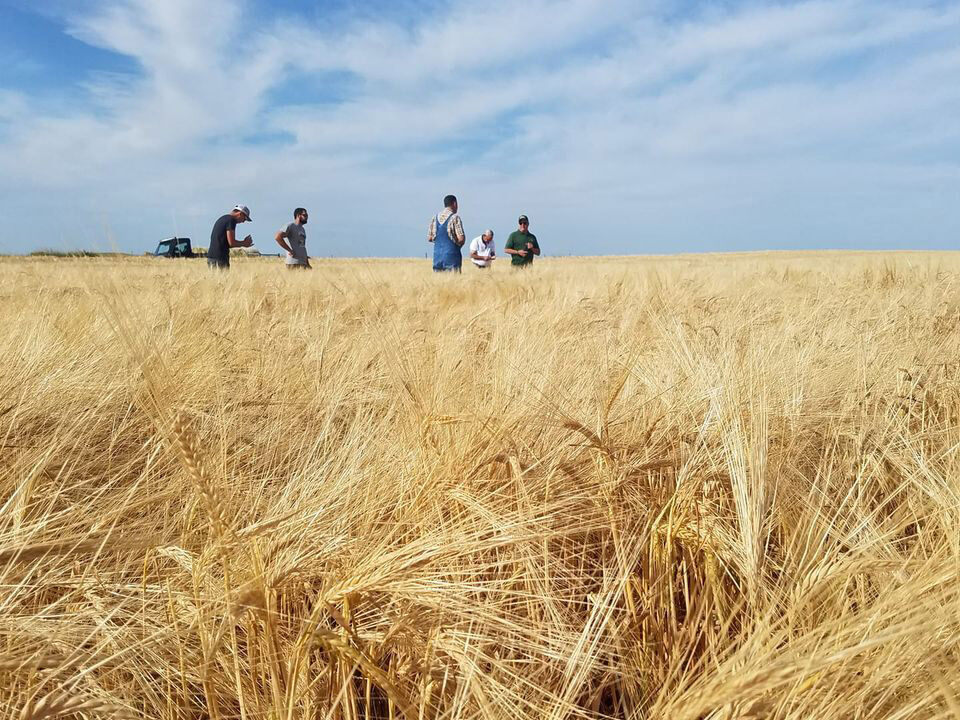 Vilicus Farm crew member Marcus took this beautiful photo of sunset and loading compartments in the semi of grain taken off farm fields.

At Arrow K Farms, the Kessels check out one of their new barley varieties this summer. Photo courtesy of Arrow K Farms.

Vilicus Farm crew member Marcus took this beautiful photo of sunset and loading compartments in the semi of grain taken off farm fields.

Greg Kessel, chairman of the North Dakota Barley Council board of directors, and a seed grower in the southwestern region of the state at Arrow K Farms, says he is encouraged to see more funds for barley research.

Barley has been good for his farm – and for the farms of many producers in the state.

“Barley has been good to us. Now we (western region producers) can raise more than just wheat. We got better at raising barley and the two-row varieties helped us make malt,” Kessel said.

While the six-row barleys fit the eastern regions of the state better due to being able to handle moisture, with shorter and stronger straw, the western areas are able to grow the two-row barleys well.

“Barley benefits our farm in different ways,” he said. “For one, it is great for those areas of extra salt and water. Barley can handle salts better than some other crops.”

“This was a really good export market for us to send into Japan and other countries. But with COVID-19, things are a little slow right now,” he said. “We’re hoping it picks up.”

Steve Edwardson, North Dakota Barley Council executive administrator, said there is a small but growing market in Japan, Korea, and Taiwan that focuses on using hulless barley as a food ingredient.

“These countries use barley as a rice extender to enhance the nutritional profile. This is a very small market that has solid growth potential,” Edwardson said.

Kessel has grown barley for feed, which can be blended with peas for more protein. Ranchers can feed it straight or blend it with peas for higher protein.

“A lot of growers and ranchers like barley for feed because of its great tonnage, wide leaves and high Relative Feed Value (RFV). It is also ‘beardless,’ so doesn’t harm the mouths of livestock,” he said.

The North Dakota Barley Council has developed an alliance with Anheuser-Busch to support research at the NDSU model farm.

“Through support of this research, both the North Dakota Barley Council and the Anheuser-Busch Foundation are showing their prioritization of sustainability and smart agriculture, and we’re grateful for that support.”

The research evaluates the contribution of barley to soil health and crop rotations.

“Barley is well known for its contribution to sunflower and sugarbeet rotations,” Kessel said.

Edwardson pointed out that nationally, barley has undergone a shift from a commodity crop produced mostly for livestock feed to a specialty crop that is now produced under contract as an ingredient for the malting and brewing industry, as well as the pet food industry.

“Maintaining agronomic viability and economic profitability for barley production continues to be a challenge in North Dakota and other barley producing states,” Edwardson said.

Barley generates approximately $660 million in economic activity to North Dakota, and research is important for barley profitability and sustainability.

According to Edwardson, the Barley Council supports research on developing new barley varieties at NDSU, under the direction of Rich Horsley, NDSU barley breeder, Department of Plant Sciences.

“The craft brewing industry accounts for approximately 30-35 percent of U.S. malt consumption, with the large volume brewers accounting for the remainder,” Edwardson said.

“These are long-term commitments to making certain that barley is agronomically viable for growers,” he concluded.