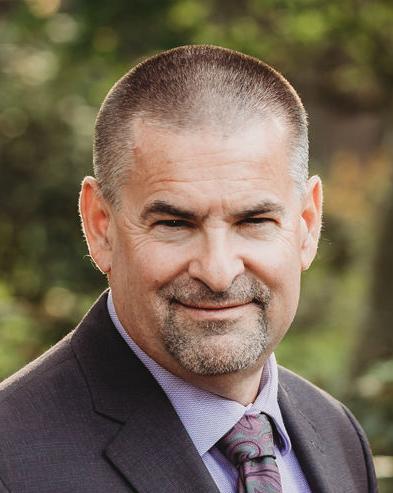 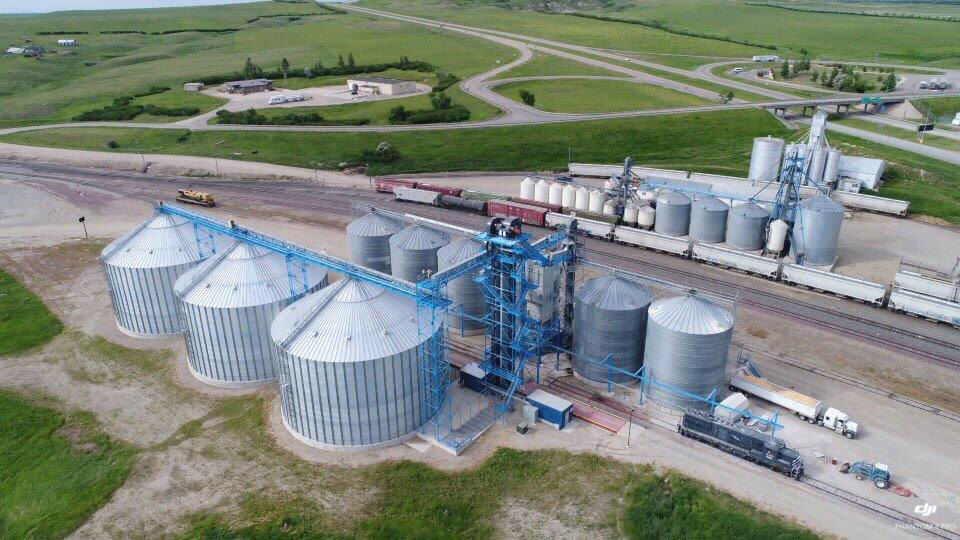 “Plentywood was about a year late getting done, but we got it commissioned and operating fully now, so our capacity to clean, bag and ship has increased dramatically – good timing,” said Jeff VanPevenage, CEO and president of Columbia Grain.

By SUE ROESLER, The Prairie Star

Packages of dry pulses – peas, lentils and chickpeas – have been disappearing off store shelves as consumers search for shelf-stable foods in light of COVID-19.

At Columbia Grain International (CGI),a worldwide grain and pulse supplier,farmers and others are working to ramp up production and meet demand.

CGI has located pulse elevators and processing ag companies in Montana and North Dakota – where the highest number of pulses in the country are grown.

CGI president and CEO Jeff VanPevenage said there was no “guidebook” on how the company should handle a worldwide pandemic where food demands were high.

“No, there wasn’t necessarily (a plan) – it is just what we do at CGI. This is about solving problems and allocating resources. As we could feel it coming, we were lucky about two things,” VanPevenage said.

Those two “lucky” events for CGI were first, the completion of the new pulse receiving and processing facility in Plentywood, Mont., and second, the large stock of pulses in storage still on farms around the region.

“Plentywood was about a year late getting done, but we got it commissioned and operating fully now, so our capacity to clean, bag and ship has increased dramatically – good timing,” he said.

CGI had been expecting to open its new Plentywood facility to reduced acres of pulse crops a couple of months ago.

The USDA planting intentions report released in March indicated Montana would plant slightly more lentils in 2020, 315,000 acres, while North Dakota plans to seed more lentils than last year, 85,000 acres, and way down from 185,000 in 2018.

Pulse growers may not be growing as many pulses this year due to the large amount of product still in the bin and low prices.

“There are pretty good stocks of both lentils and chickpeas in the U.S. Farmers have been holding them in bins on the farm for the last two or three years because they’re not encouraged by the prices,” VanPevenage said.

Prices going back to November through January were on the lower end of where they were over the last 7-8 years.

“To some degree, producers were getting disenfranchised with lentils, peas, and certainly chickpeas,” he said.

Going back five years, not many farmers were growing chickpeas.

“There was a complete world shortage of chickpeas, and farmers do what they do, they adapt and change,” VanPevenage said. “The world’s farmers grew chickpeas three or so years ago and we’re still chewing through that.”

Prices then dropped for chickpeas.

“We were able to find markets for chickpeas, like animal feed and pet food, and replacements for other products because they were cheap,” he said.

With the low prices, farmers stopped growing chickpeas, unless there was a specific market for it.

There have also been problems with lentils.

“We were also growing a lot of lentils in the U.S.,” he said. “Farmers here like to grow medium Richlea chickpeas because they have it in their bin – they have the seed,” he said.

However, VanPevenage pointed out the market demand was there for the extra-small Eston-style green lentils or the extra-large lentil like Laird, which is what is grown in Canada. There are only a few markets left for mediums, and he hopes farmers will switch to the extra small or extra large lentils so they can be marketed easier and farmers can be paid.

“My job is to communicate this to farmers and tell them what the world wants. Canada grows these extra-small lentils because that is what Mexico wants. Mexico is a huge user of extra small lentils and we have mostly Richleas. So Canada sells these lentils and ships them over and through the U.S. to Mexico,” he said.

VanPevenage offers farmers contracts based on what his customers are asking for. In the case of green peas, there is the snack food market.

“We have been dealing with several snack food companies who have needed green peas for the last 20 years or so,” he said.

Those snack food buyers will give VanPevenage an idea of what they expect the demand will be for a certain snack food for the next year, so he knows what contracts to offer his farmer network.

“We’re then able to say to our growers, ‘We can contract you this much for this price. Are you interested?’” he said.

In September, CGI is shipping the pulses these companies need for the September to August timeframe.

“In November and December, we’ll start talking to them about what their next year’s needs are,” he said.

They won’t always give CGI a price, especially if they think prices will go lower.

“We are in discussions year-round with these end-users for what they want, what price they will pay and what we can offer them,” he said

If the customer didn’t need the peas, lentils, and chickpeas that farmers had in storage for their products, the pulses would stay in the bin. That is why there is a lot of stock in bins right now.

“We couldn’t buy the product because we could not sell the product,” he added.

If CGI had purchased the product without a market for it, they would not have been able to move it out in a timely fashion, which is required of food products.

VanPevenage explained that the companies CGI deals with in this type of business typically don’t have a lot of space in their warehouses.

For all these reasons, there were lentils, chickpeas and some peas available in bins on farms in pulse country.

“There was a lot of product available when this pandemic came knocking on the door,” VanPevenage said.

As a result of products being emptied out early and quickly at stores, CGI needs more products and prices have gone up. VanPevenage is contracting with his farmer network of 8,000 to grow more. That March planting intentions report will more than likely change this season.

Prices will go up for all pulses while demand is high.

“We still have guys saying, ‘We need shipment in May’ and we’re already into August right now,” he said. “We have a lot of processing capacity, but we are so busy right now.”

The real challenge right now, according to VanPevenage, is logistics.

“It is not just a matter of farmers growing more pulses and CGI processing more pulses. Can demand really be met given transportation the way it has been with the pandemic?” he said.

VanPevenage is even running into bottlenecks at the ports. There have been numerous problems with container availability, and other problems, such as the transloader availability to shift loads from a rail car into a container.

Because of the pandemic, some delivery companies are refusing to ship – even documents.

“For instance, we have containers sitting right now in Nepal. Our buyers can’t get those containers because the documents are sitting in Dubai in an office and it won’t deliver right now because of COVID,” he said. “Not only that, but the company won’t go into the office to get the documents and return them to me so that I can send them a different way.”

Transportation has increased its prices, as well, but VanPevenage said the response from farmers and workers at CGI have been “phenomenal.”

“I really take my hat off to our farmers who have been delivering product as we’ve needed it,” he said. “I really take off my hat to our workers who have been coming to work every day through this and doing what we have asked them to do to stay safe and stay clear of potential contractions to the virus because we don’t want to have to shut down.”

As of May 7, CGI has not had any positive COVID tests throughout the entire company.

“Two months ago, we went to a lockdown,” he said. “We didn’t even let farmers get out of their cars during delivery.”

In the Portland CGI headquarters location, where VanPevenage has his office, there have been only a few people coming to work.

“Everyone else works at home. Our IT workers have done a tremendous job so people can work from home,” he said. “We have a lot of Zoom calls and it takes a lot of that to keep the engines running.”

CGI utilizes a new system so farmers can look at prices, delivery times, other needs, and their tickets from home – before they leave to take product in.

“We’ve been contracting since last fall for next year,” he said. “We don’t contract a full production all at once, but as soon as we know what we need, CGI starts building in more purchases.”

“The food supply chain is essential at this time, so it’s absolutely necessary to keep our people safe and healthy so we can operate our facilities and keep food flowing to nourish the world,” he concluded.

“Plentywood was about a year late getting done, but we got it commissioned and operating fully now, so our capacity to clean, bag and ship has increased dramatically – good timing,” said Jeff VanPevenage, CEO and president of Columbia Grain.