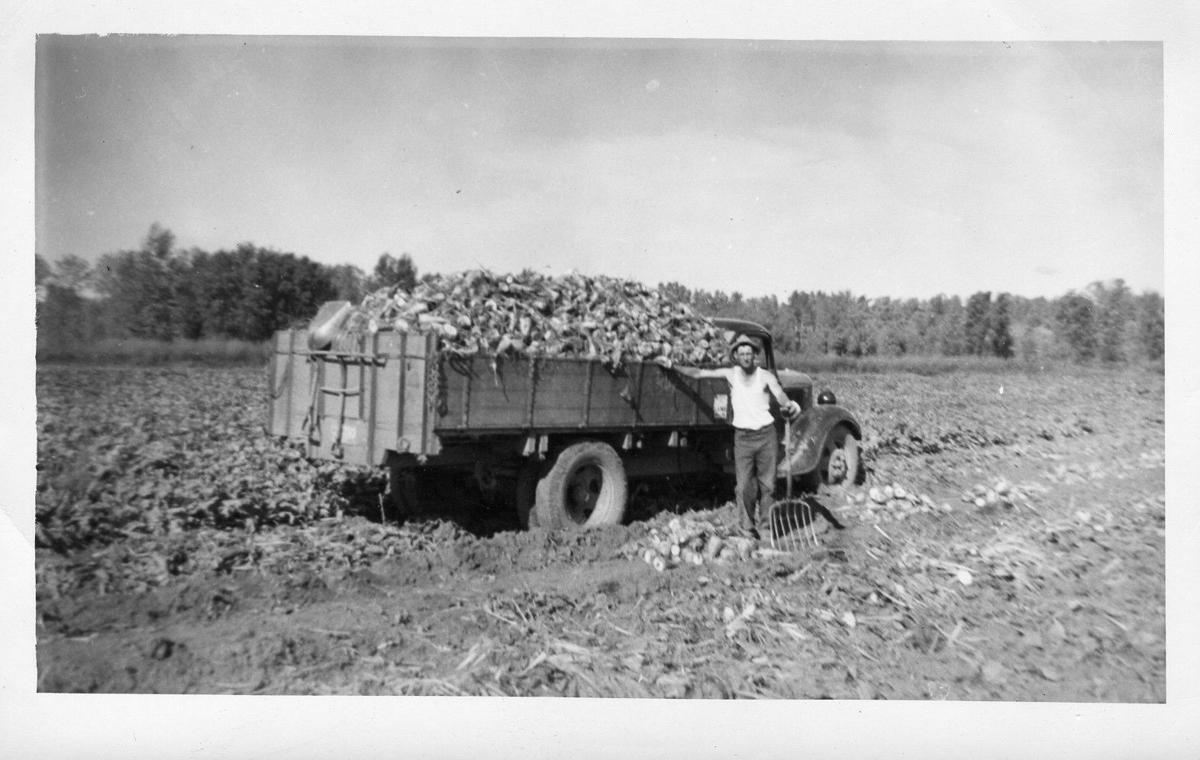 Henry Gabel, Leroy’s grandfather, poses with a truck load of sugarbeets he harvested by hand. Photo taken circa 1940. 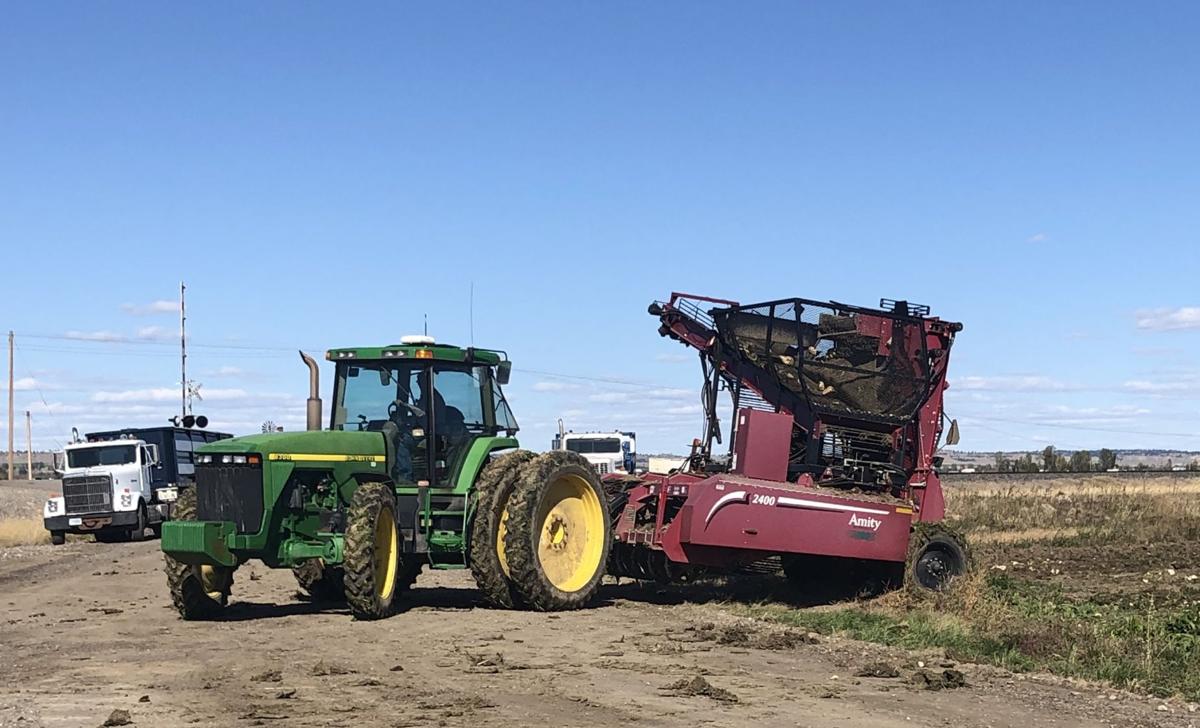 Leroy Gabel still grows sugarbeets like his forefathers, but he much enjoys the six-row digger he can use during harvest. Photo taken in 2019.

Henry Gabel, Leroy’s grandfather, poses with a truck load of sugarbeets he harvested by hand. Photo taken circa 1940.

Leroy Gabel still grows sugarbeets like his forefathers, but he much enjoys the six-row digger he can use during harvest. Photo taken in 2019.

Leroy Gabel and his wife, Sydney, know agriculture. While Leroy’s passion is farming, Sydney’s passion is genealogy. She has spent countless hours tracing the Gabel family history and it turns out farming, and more specifically, farming sugarbeets has been a family affair for the Gabels ranging back over several generations.

The Gabel family has a very unique history. The family is German, but due to political tensions, the cultural group they affiliated with felt alienated in their own country. Promised a land of milk and honey by Russia’s Catherine the Great, this group started immigrating to Russia in the latter half of the 18th century.

Known as “Germans from Russia,” these farmers had hoped to find success raising sugarbeets on the Russian Steppe, but ultimately they never did. After years of hardship, these people, the Gabel family included, started trickling to the United States in the hopes of finding prosperity in sugarbeets.

“Leroy’s great-grandfather came to Lincoln, Neb., in 1907, probably to work for the sugar companies. He moved to the Yellowstone Valley sometime between 1910 and 1913,” Sydney explained.

Western Sugar opened a sugar factory in Billings in 1907, so the Yellowstone valley became a sugarbeet hotspot. Leroy’s great-grandfather and grandfather, Henry, spent their lives traveling around eastern Montana, renting farm land or laboring for other growers. The location may have changed, but the crop always remained the same.

In 1946, Leroy’s father began renting farmland on the Huntley Project, finally saving up enough money to purchase his own farm in the 1950s. Leroy first began raising sugarbeets himself as an FFA project while in high school, but never really imagined taking it any further.

“When I left high school and went to MSU, I vowed I’d never come back to the farm,” Leroy reflected.

It turns out, however, if your last name is Gabel, sugarbeets are in your blood. In 1976, instinct took over and Leroy and Sydney leased 40 acres of farmland from Leroy’s father, exchanging their labor for the use of his machinery. The couple kept their nose to the grindstone and were eventually able to purchase their own equipment.

Looking back over his 48-year tenure as a sugarbeet farmer, Leroy notes mechanization has had a huge impact on the industry. Leroy’s forefathers in Russia would have harvested the root crop by hand using a beet knife. His great-grandfather and grandfather would have seen the first wave of technology as horse-drawn equipment lessened some of the work. Single-row diggers made harvesting easier for Leroy’s father and Leroy is thankful for the six-row digger he has gotten to use.

Leroy and Sydney both believe in advocating for their industry. Leroy has served on several boards over the years and currently sits on the Yellowstone County Soil Conservation District Board. The couple have been huge supporters of 4-H and FFA throughout the years, as well.

They have experienced agriculture hardships, just like the generations before them have, as well. Raising sugarbeets isn’t always such a sweet deal, but still, the Gabels continue to persevere.

“There is opportunity, even in the bad times. Hard work will always prevail,” Leroy says.

Those words rang true when the Gabels left the old Country and they still ring true today, especially during these unprecedented times.