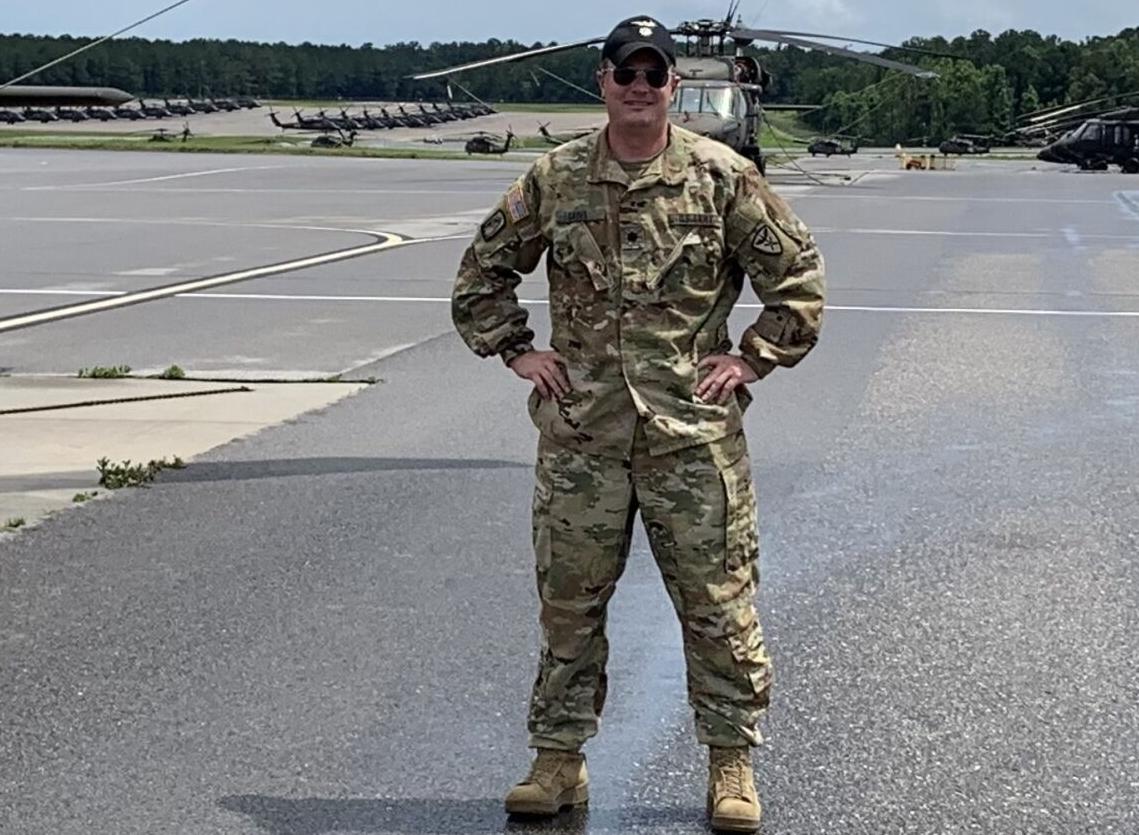 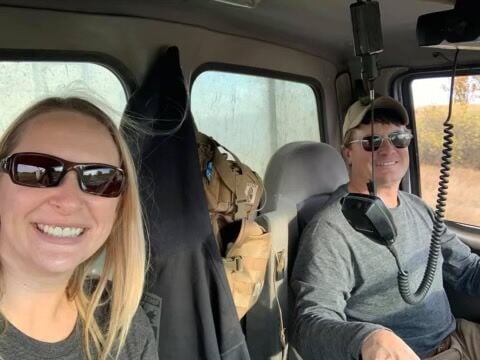 Greg Gabel and his wife, Ellen, enjoying time in the sugarbeet truck.

Lieutenant Colonel Greg Gabel had a childhood much like any other Montana farm kid. Born and raised in Huntley, Mont., Gabel was involved in 4-H and FFA and he spent his weekends and summers helping his family with all aspects of the farm.

Although Gabel was born a generational agriculturalist, at 18 years old he had slightly different plans for his life. His years of involvement in 4-H and FFA and given him a taste for leadership and the tight-knit feel of his rural hometown had given him a strong passion for community. The big-hearted farmer’s son also wanted to give back. Combining all those ideas, Gabel decided to leave Huntley and attend college in Manhattan, Kans., at Kansas State University, enrolling in the ROTC program and majoring in Political Science.

“I always knew I wanted to help my community. That was always my thing. I wanted to make the world a better place. When I started looking at going into the Army, I saw where I could be a part of an organization, which really appealed to me,” he said.

The small town farm boy from Montana thrived in the ROTC program at KSU, and as a result, he went on to find great career success in the U.S. Army as a Black Hawk helicopter pilot. He served two yearlong tours in Iraq and one yearlong tour in Afghanistan in addition to serving with a joint task force as a liaison to the Department of Homeland Security in Arizona. Gabel’s Army career found him stationed across the U.S. and he also spent two 3-year assignments in Germany.

Gabel had traveled the world and served his country in the ultimate way. When his military career was drawing to a close, he began looking towards the next stage in his life and there was really no question about what he wanted to do. You can take the man out of the farm, but you can’t take the farm out of the man. Gabel wanted to head home to Huntley and raise his son on the farm that raised him.

“I began to realize that being a part of agriculture and a rural community was really where I wanted my family to be and I wanted to raise my son in that kind of a climate,” Gabel said.

So in August of 2021, Gabel took his last flight in a Black Hawk helicopter, packed up his family, and drove from Alabama to Montana – arriving back home with just enough time to prepare for sugarbeet harvest.

Sitting behind the wheel of a John Deere tractor and working his family land, Gabel says, was like riding a bike, picking up right where he left off at 18 years of age. The business side of agriculture, he admits however, has presented to be a steep learning curve.

“I could jump right into the tractor, but there is so much more to farming than just driving a tractor. There are so many little things that I just don’t know,” he said.

Gabel is glad he gets to farm right alongside his father, Leroy – leaning on him frequently for sage advice. Gabel is quick to point out that learning the “why” behind farming agronomic and business practices has been one of his favorite parts of being back on the family operation.

“I love the challenge. That is probably why I have been so happy being outside of the military. The great thing about the Army is you are challenged every day, and now, it’s the same thing. I’ve got a new challenge every day,” he said.

Before coming home to the farm, Gabel took advantage of some special financing and support options offered exclusively to military veterans and beginning farmers. He has pursued financing through the USDA New Farmer Program and VA Loan Program. He has also found great support and marketing help through the Farmer Veteran Coalition and the Veterans Business Outreach Center. Gabel is thankful these sort of programs exist and he says they have been a great resource.

Gabel couldn’t be more content with where his life is. There is something special about getting to return to the beginning, and Gabel certainly appreciates that fact. Instead of spending his days in a helicopter seeing the land from above, Gabel now spends his days tilling the soil with his family and the world is a better place because of it.

Duckworth Clothing Co. provides quality wool garments made in the US

For generations, the Helle family has raised sheep in the mountains and valleys of southwestern Montana. Raising Rambouillet sheep, their oper…

BILLINGS, Mont. – Agriculturalists from around the state convened in the Magic City on Nov. 8-11 for the annual Montana Farm Bureau Federation…

By definition, an agriculture education teacher is an individual responsible for the education of agriculture, food science, and natural resou…

In keeping with their dedication to climate and environmental policy protection, the Biden Administration in mid-October announced proposals t…

Beekeeping a family business for the Larsons

Generational family businesses can often point to one serendipitous moment where it all began. It’s the moment the idea stuck or the passion w…

Greg Gabel and his wife, Ellen, enjoying time in the sugarbeet truck.