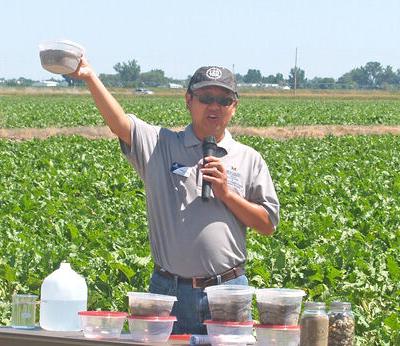 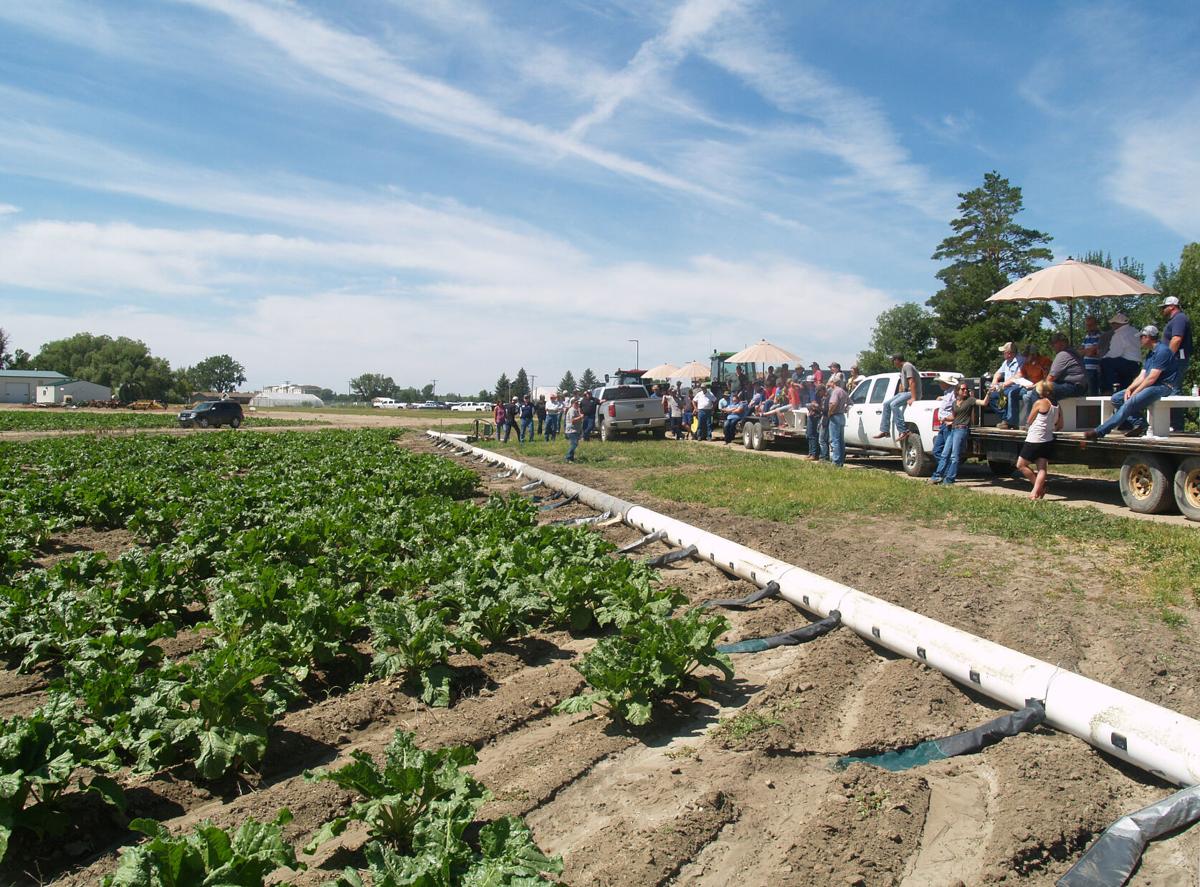 It may not have been the typical summer field days – warm and windy with lots of discussion over lunch – but virtual field days at Montana State University offered a new kind of experience.

“The decision to move field days online boiled down to risk (of COVID-19),” said Darrin Boss, director of Department of Research Centers and superintendent of Northern Ag Research Center (NARC). “Field days are meant to learn about new practices and feed the world, and we could not risk the health of our producers.”

But Boss and the other researchers wanted to let producers know what trials are going on at the centers and let producers ask the kind of questions they would at a normal field day.

The virtual field day was able to do that.

Whether it was research on dryland corn growing, industrial hemp trials, organic trials, or a flax/chickpea intercropping study, producers tuned in to hear the latest research updates.

Producers could not only hear what variety trials and research were being tested at their local research center, they could hear snippets of information about what was going on at other research centers, as well. During the live session, producers typed in interesting questions and received answers by one or more of the scientists at the centers.

“For over 100 years, we are so proud of the exceptional program (agriculture) has become, and we have had our largest ever college of ag graduates,” Cruzado said. “No matter the circumstance, agriculture never stops. You, the people of Montana, are the reason we do what we do.”

Sreekala Bajwa, vice president, dean and director of the College of Agriculture and Montana Ag Experiment Station, said while field days were different this year, she hoped they would take what they learned in 2020 and apply it in future years.

“You can join us from everywhere in the world and we are hoping we will learn something new from offering a virtual field day even when we go back to our regular field day,” Bajwa said.

Some 22 scientists took part in the sessions.

Jessica Torrion, MSU superintendent of the Northwestern Ag Research Center (NWARC), talked about alternative crops, in particular Kernza, an intermediate wheatgrass that can be used for forage or grain.

“We want to try it here. Producers always want to find ways to diversity and have alternatives to plant,” Torrion said, adding Kernza was growing nicely out in their plots and flowered in July.

“They are growing it in Minnesota as a continuous green cover (on soil),” she added.

Along the highway running near the Northwestern Ag Research Center, producers were surprised to see dryland corn planted. Could corn be planted on dryland in that region of Montana?

Torrion said the idea of trying to grow corn on dryland was brought up by their Farmer Advisory Committee.

“Some have been successful planting it south of Flathead Lake, but there were problems getting it to dry down,” she said. For the last two years, the center is growing it.

In 2019, Torrion said they planted a 75-day and an 80-day variety of corn on tilled ground, and reported silage and grain yields. Planting dates were April 25, May 6, and May 23.

“Corn loves warm weather, so planting corn in April may be questionable, but corn has grown well, even in April, over the last two years,” she said. There is a critical time of getting moisture in the seed “as long as you don’t get soil temperatures less than 50 degrees.”

Plants can recover from cold temperatures, however.

NWARC found there was a yield reduction with the later-planted corn, and a higher yield result with the 80-day corn, but it is prone to wildlife feeding and delayed harvest.

In addition, the planting date had no negative impact if the corn was planted for silage.

Lodging was another discussion during virtual field days.

Kent McVay, MSU Extension cropping systems at the Southern Ag Research Center, said irrigating wheat or barley too late might be one cause of lodging.

The sprinkler hits water on one head continuously, causing one stalk to fall against the next stalk, and the next, and the domino effect occurs.

McVay talked about the intercropping study with flax and chickpeas.

There seems to be a relationship between the two crops where the flax may keep Ascochyta blight from infecting the chickpeas, or flax may slow it down.

“With the intercropping study, it is thought that flax would remove the movement of Ascochyta blight across the field,” McVay said. “You would harvest the two together and take it back and separate it, and get an economical benefit from both crops.”

They are looking at seeding rates and competition, because “chickpeas are the bigger money maker,” and it should not be outcompeted.

Chengci Chen, MSU Eastern Ag Research Center (EARC) cropping systems agronomist and superintendent, added one of the major challenges is setting the combine settings, so chickpeas would not be damaged during combining.

Chen talked about his industrial hemp trials over the past two years.

“We started studying industrial hemp since 2019, including a variety trials and seeding date trial under irrigation,” Chen said.

EARC tested two varieties of industrial hemp in 2019, Katani and CRX-1, both from Canada.

“We found seeding date is critical for hemp production in Montana. We have to seed early for seed yield. If you plant hemp late, it won’t produce seed,” Chen said. “It is also important to know what you are growing hemp for (what market you are selling into) before you select a variety to grow.”

In 2020, EARC has hemp for grain and fiber production and hemp for CBD growing in the fields.

This winter, they will release results.

Peggy Lamb, MSU research scientist at NARC, said they conduct variety testing and development of several crops, and are looking at winter crops.

“We have been able to harvest seed from winter peas for the last two years, and we haven’t had great winter snow cover,” Lamb said.

Lamb is working with Kevin McPhee, MSU pulse breeder, on releasing a winter pea for the northern Montana region.

“Some plots look good, and hopefully, we can get something released,” she said.

There is also some promise for releasing a winter canola and/or winter barley.

“We have not had winter canola here, but they have grown it every other year in Bozeman, and they grew it this year,” she said.