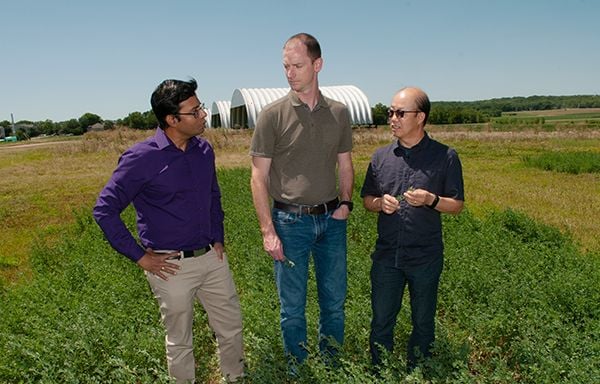 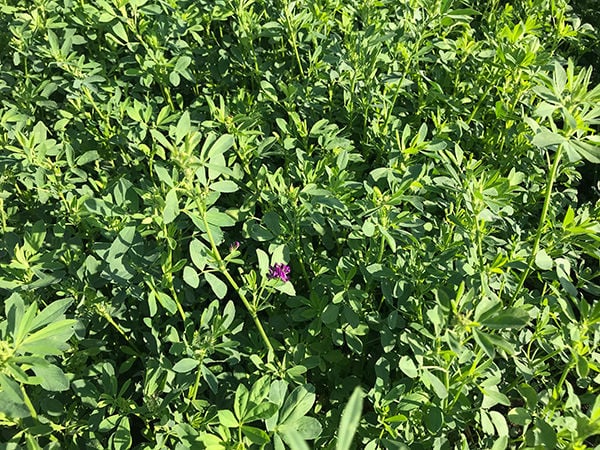 Reduced-lignin alfalfa, considered easier for cattle to digest, is the focus of a study underway by a team of Kansas State University and University of Nebraska-Lincoln.

The U.S. Department of Agriculture’s National Institute for Food and Agriculture has awarded $500,000 so that a team from both schools will test growing conditions and conduct feeding trials with alfalfa.

After planting the reduced-lignin alfalfa in September, they’re expecting a first cutting in mid to late May 2020.

“All our team members are very excited to have this great opportunity to test potentially highly digestible alfalfa in the field and at the dairy research barns in both Kansas and Nebraska,” said Doohong Min, associate professor of forages at Kansas State University in Manhattan.

Led by Min, the team includes Krishna Jagadish and Barry Bradford of K-State, and Paul Konokoff from Nebraska.

Lignin gives strength to the alfalfa plant, but limits digestion in cows and other ruminant animals. Since animal performance is highly related to digestibility, Min said it’s vital to lower lignin content.

Large-scale production of both conventional and reduced-lignin alfalfa varieties in the early summer of 2020 will provide hay for dairy cattle feeding experiments at K-State and the University of Nebraska-Lincoln (UNL) in the fall and winter of 2020-2021.

“Diets heavily reliant on alfalfa will be fed to evaluate production of milk, as well as energy recovery from diets, to assess both economic and biological efficiency of these hays,” said Bradford.

The study is geared to alfalfa producers, dairy nutritionists, and dairy producers to have a greater understanding of alfalfa, as well as enhanced production of high quality forages and overall farm profitability.

In addition to regional presentations and workshops, researchers will make what they’ve learned available through an online training resource.

The earliest data should be ready by the end of next year or early 2021.

Though it may be a consideration for beef producers, reduced lignin alfalfa is fed mainly to dairy cows.

Min’s teams will examine the response alfalfa varieties have when exposed to different drought conditions, using rainout shelters during various stages of maturity. The test is meant to simulate different conditions in major alfalfa growing reasons across the U.S.

Ultimately, Min said, these changes will not only improve the bottom line for alfalfa growers and dairies, but will also improve the sustainability.