When it comes to cattle herd management practices, operation growth and animal consistency, data is key.

The operation maintains genotype data, feedlot performance data, kill data and more in order to continue to make their herd the best possible.

“We love performance data,” Cody Jorgensen said. “We can then feed it back into our genetic evaluation and that gives us a loop saying we're doing the right things or we're doing the wrong things.”

Cody Jorgensen and his cousin, Nicholas Jorgensen work together to run the Jorgensen operation. The cousins come from a rich heritage of using data to build their herd.

The ranch was founded in 1909 by Martin and Gertrude Jorgensen.

It’s a decision that’s worked out well for the Jorgensen family, as Jorgensen Land and Cattle is now the largest seed stock producer in the United States.

It’s not just about collecting data about positive traits, Nicholas Jorgensen said. They also want the data that informs them of “the bad things,” he said.

“It just has to be correct,” he added.

Of all the data sets, Cody Jorgensen said the area they are weakest on is kill data because when there is a quality bull, it doesn’t go to slaughter.

“Historically, being a seed stock producer, the animals we get carcass data on our bad ones that don't make goals. And that's not necessarily the foundation you want to build on,” Cody Jorgensen said.

The key is finding a good cross-section of the herd in order to get a broader spectrum of data, so it’s often a good idea to reach down into commercial cattle production and pull data from there.

Obtaining carcass data gives producers the opportunity to evaluate feeding and management practices which can often result in a boosted bottom dollar. The information can be used to make more knowledgeable decisions in their operations.

Cattle that don’t meet the standards can be sold. Health and management problems can be corrected.

It can be a slow process to improve genetic and carcass traits, but management practices can quickly and easily be swapped out for better ones.

When it comes to genetic traits, a report from the University of Minnesota Extension said that while cow pedigrees are important, the sire selection actually makes a bigger impact.

It’s best to avoid selecting sires or dams based on single traits. Consider all data, as often an animal’s phenotype, that is, the way it looks, doesn’t always match its genotype, its genetic make-up.

However, if a producer does want to focus on building specific traits, utilizing an expected progeny difference (EPD) is a good way to do so.

EPDs allow producers to evaluate any differences in traits based on information about potential bulls and cows.

For instance, producers selling all calves at weaning may prioritize EPDs differently than those who wish to keep heifers and they may have different priorities than producers who retain ownership through a feedlot.

Data obtained can not only improve herd traits, it can be used to create new ones.

Because their operation is so large, Cody Jorgensen said they have an abundance of data that they can access.

“If we want to develop a new trait, all we need is the data and time slot with Zoetis and they get it done for us,” he said.

However, producers don’t have to be as large as Jorgensen’s in order to collect and utilize data.

Any data is good data that can be used to inform producers about needs and goals and in the end, put more hard-earned money back in their pockets.

Melisa Goss, Assistant Editor for the Tri-State Neighbor, is a South Dakota farm girl whose love of travel has allowed her to see ag’s vital impact around the world, from America’s heartland to the rice paddies of Southeast Asia and many places in between. She makes her home in Hartford with her husband, daughter and miniature schnauzer. You can reach her at mgoss@lee.net.

Celebrating contributions to cattle and country

Through mutual friends, Dawn met Grant and fell in love with his absolute passion for farming. 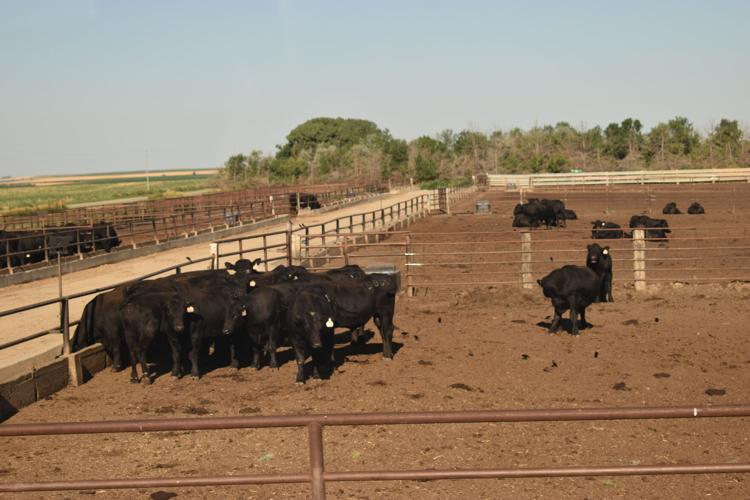 Cattle stand in the feedyard at Jorgensen Land and Cattle near Ideal, S.D. Jorgensen is the largest seed stock producer in the U.S. 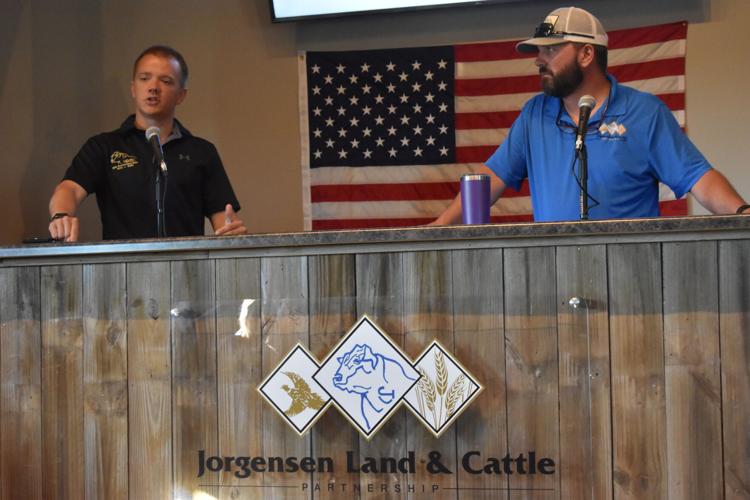 Cody Jorgensen and Nicholas Jorgensen are first cousins, working together as fourth generation ranchers. They spoke at their operation near Ideal, S.D., during a regional feedlot tour in July.