When traveling on U.S. Highway 71 between Sioux Rapids and Spencer, Iowa, it's hard to miss Will Jones’s farm.

The 13 silos stand out from the Iowa prairie catching the eye of virtually every passer-by.

While the farm has been in the Jones family for more than 40 years, it was the operation’s original owner, E.P. Arnold, who was responsible for the bakers’ dozen.

Arnold was the founder of Arnold Motor Supply, a regional chairman of auto parts stores who also ran a farm with nearly 1,000 cattle, hence the need for extensive silos.

Jones has embraced the silos as a very recognizable symbol of his farm’s history, even going as far as getting vanity plates that say “Silo City” on his Dodge Ram 4x4.

Jones, who will serve as Tri-State Neighbor’s northwestern Iowa crop watcher this season, said the silos now mostly sit empty, though they have stored a bit of corn during the last few dry years.

Jones’s farm is made up of nearly 3,000 acres of row crops with a few hundred acres of pasture and a hog barn that he leases out.

Jones also runs roughly 120 cow-calf pairs, each a triple-cross of Angus/Hereford cows bred to Simmental bulls, a choice he attributes to his father, Curt.

The cows have to share a portion of their pen with what has become a family pet: a pig named Victoria BeckHam, a reference to a member of the 1990s pop group Spice Girls.

Jones said his wife Megan was on her way back from a parade when she found a piglet that had likely fallen off a truck alongside the road.

“She brought it home, got it some vet care, which was probably completely unnecessary, and she’s raised it ever since,” he said.

Victoria BeckHam has since become the star of the farm and even a bit of a state-wide celebrity. Megan Jones serves as the District Two representative in the Iowa Legislature.

“She’ll be sitting down there in Des Moines and the governor will be like, ‘So how’s that pig?’” Jones said.

The Joneses have four children, Anchor, Alma, Archie and Asher, and they are expecting their fifth child, a little girl due this summer.

Jones said they haven’t officially decided on a name for the little one quite yet, but everyone can be certain it will start with an “A.”

While the farm is a family affair, Jones primarily runs the operation himself, with the help of a few full- and part-time employees.

His father Curt is in late stages of Parkinson’s disease, which has severely limited his on-farm activity. But Jones said he’s thankful for his parents' foresight in succession planning, even before his dad’s diagnosis, which has helped him get to where he is today.

“He was just very, very forward thinking on how he wanted to see things go,” Jones said.

After the diagnosis, the family followed the existing succession plan, though a little quicker than was originally planned.

“I’m probably a younger guy that gets to take over compared to a lot of people, which has had its trials,” Jones said.

He reflected on the debt that new farmers often accrue, but spoke with pride about his family support working things out and holding everything together. Jones said when he thinks about his family’s willingness to help out, he remembers, “Oh yeah, you can weather the storm,” adding that he hopes his situation is an opportunity to build his own “rainy day fund.”

One thing Jones said he is proud of is what he refers to as the “crown jewel of the farm,” a John Deere high-speed planter with “a bunch of cool stuff on it.”

Usually, Jones strip-tills corn and no-tills soybeans, but this year he said he’s doing no-till for both, a decision he said ultimately came down to timing. The ground is mellow and it’s already dry.

With his wife in the legislative session in Des Moines, Jones is home alone in the evenings with his four children. That’s one reason he said he opted to save himself a trip through the field.

Strip-till was always thought to be a kind of equalizer for his older planter, he said, but the new one has the hydraulic down forces necessary for no-till, so he’s going to utilize that.

“It’ll do it, so I’m just going to go do it. But we'll see,” he said. “I’d hate to be wrong, especially this year, when corn is actually worth enough that you shouldn't be chasing all those extra bushels.”

While the farm has been in the family for more than four decades, the land it sits on isn’t actually where Jones lived while growing up.

“I grew up five miles south of here, but this has always been the farm,” he said.

It’s not where he played as a kid, but as long as he’s been farming, it’s been on that same soil.

“I started raking hay when I was 8 and running the mower when I was 6. So when I’m asked if I grew up here, I say, ‘pretty much.’”

Jones's house is a half mile south of the farm site. In the yard stands a 20-foot silo that the previous owners had constructed.

Living just off a federal highway, Jones said the silo blocks the house from passers-by, giving them a bit more privacy.

After buying the place, Jones said everyone had an idea of what to do with the little silo and many people asked when they were going to knock it down.

Jones said he has no intention of doing so.

“I think it’s a fine addition,” he said.

I think that calving season is a great time to talk about mental health. It is something that the ag industry tends to shy away from talking a…

Val Hicks has a super-sized heart for miniature horses. 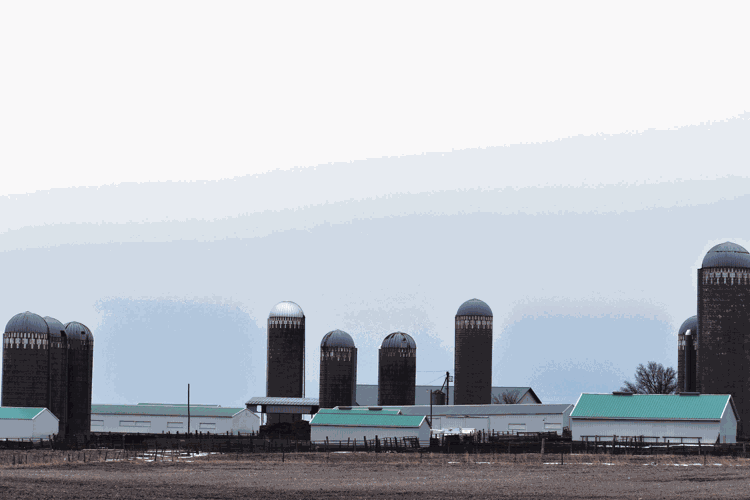 Will Jones has 13 silos on his farm, originally built by the farm’s first owner, E.P. Arnold. The farm has come to be known as Silo City. 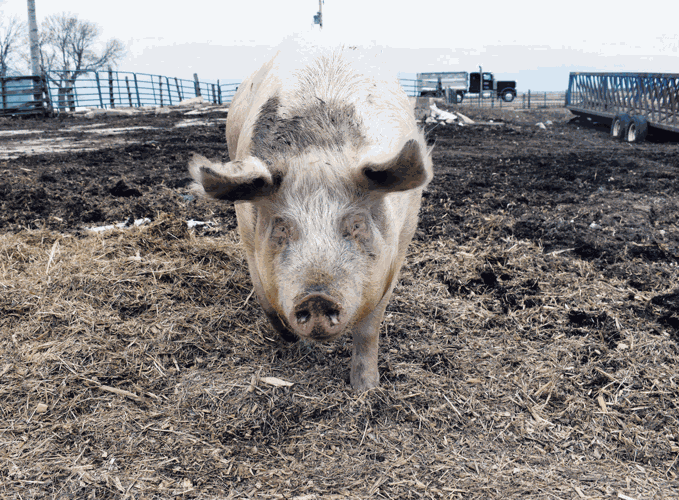 Just over a year and a half ago, Megan Jones found a piglet on the side of the road. She brought it home and now it’s a family pet. The pig’s name is Victoria BeckHam. 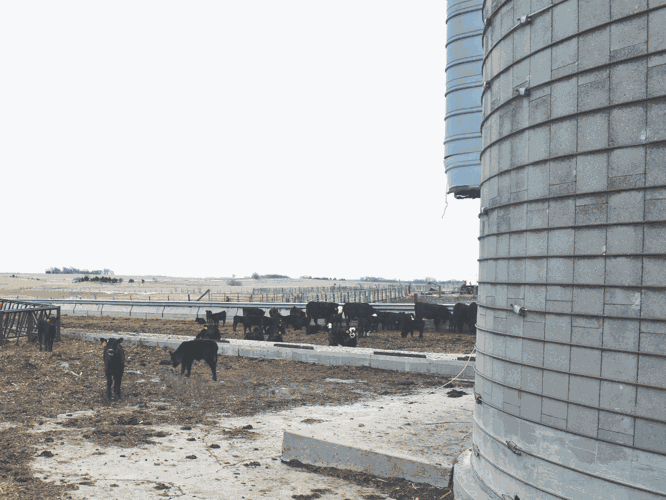 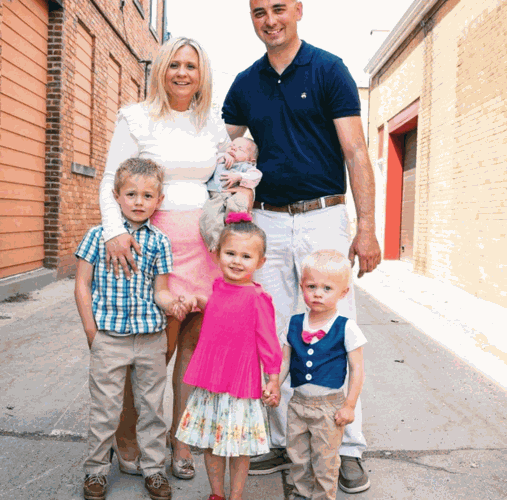