There’s a noticeable gap between America’s meat producers and consumers.

Wholestone Farms is aiming to bridge that gap.

The company’s chairman of the board, Dr. Luke Minion, told of their plans to build a new pork processing plant in Sioux Falls to a crowd of 130 at Ag United for South Dakota’s annual luncheon Tuesday, Dec. 14.

Wholestone Farms was founded in 2016 by Pipestone, one of the world’s largest swine veterinary service providers. Pipestone System manages pig production for family farmers, taking care of 300,000 sows in the U.S. and another 100,000 in China and Mexico.

Wholestone Farms opened its first pork processing plant in Fremont, Nebraska in 2018. This last June, the company announced construction plans for a second plant in Sioux Falls, with work starting in late 2022 or early 2023.

The $600 million plant will sit on 172 acres near the intersection of Benson Road and Interstate 229 in northeastern Sioux Falls. The first pigs would likely be harvested there in 2026, roughly two and a half years after construction begins.

Fulfilling Wholestone’s mission to bring producers closer to consumers, Minion said, the idea is to create an ownership strategy, rather than simply pig procurement. Wholestone is owned by 220 swine farmers in South Dakota, Minnesota, Nebraska and Iowa. .

“I think we have a great story to compete on behalf of family farmers, but to do that we have to scale up,” Minion said.

This allows family farms to compete with some of the bigger processors such as JBS, Smithfield and Tyson, which are “very large and very efficient,” Minion said.

This will also mean packers will be forced to bid for pigs, he added.

The scale of Wholestone’s vision is one of the reasons the company chose Sioux Falls for its second processing plant.

“It all comes down to labor,” Minion said. “Labor is a big challenge for all of us in all our businesses.”

The plant will run two eight-hour shifts with 1,000 employees on each. They plan is to begin operations running one shift until needed roles can be filled for both.

Minion said they understand finding labor is tough, but he believes the salary and benefits Wholestone offers will lure new employees.

New employees can expect a starting wage of $20 per hour. Wholestone also offers a 6% match on employees’ 401K and fully funded health insurance.

Minion pointed to the Fremont plant as an example of the company’s success at finding and retaining employees.

“We’re grateful, thankful, blessed, I can’t say it enough ways, to be fully staffed at our Fremont plant,” Minion said, adding that the location never missed a day of harvest throughout the COVID-19 pandemic.

“We’re the only pork plant in the United States that can say that,” he said.

Wholestone plans to relocate some of the employees from the Fremont plant to get the Sioux Falls plant up and running. The company will also recruit from like-industries and from Mexico, according to Minion.

The plant will harvest roughly 1,250 pigs per hour for a total of 6 million animals annually.

Ninety-five percent of the hogs processed at both the Fremont, Nebraska and the future Sioux Falls plant will come from the 220 producers that own the plant.

For the most part, at least early on, much of the meat will be sold to Hormel, previous owners of the Fremont plant, and it will be sold under that label. Though, eventually, you may see Wholestone Farms labels on pork products in your local grocery store. The company recently shipped out a few products with its own label and hopes to grow those numbers, especially for traceability purposes.

Minion said the new plant will seek to have the best traceability possible but actual investment to do traceability down to the product in local stores is tough.

“We’re going to have a really cool way of connecting the dots to consumers about who these farmers are, what their carbon footprint is, what antibiotics they use and what their genetics are,” he said. “We’ll have the most transparent story, I think, out there.”

But at the end of the day, the bills have to be paid and customers have to be willing to pay for that traceability, he added.

Issues like traceability, sustainability and even potential odors are being addressed in the design of the building.

Minion said Wholestone is working to meet those challenges head on by isolating airflow, covering lagoons, and making sure the barns are properly washed regularly.

“If something smells, it means something is wrong,” he said.

Still, he couldn’t promise the new plant would never give off an odor.

“I can’t even promise that about my own house,” he said. 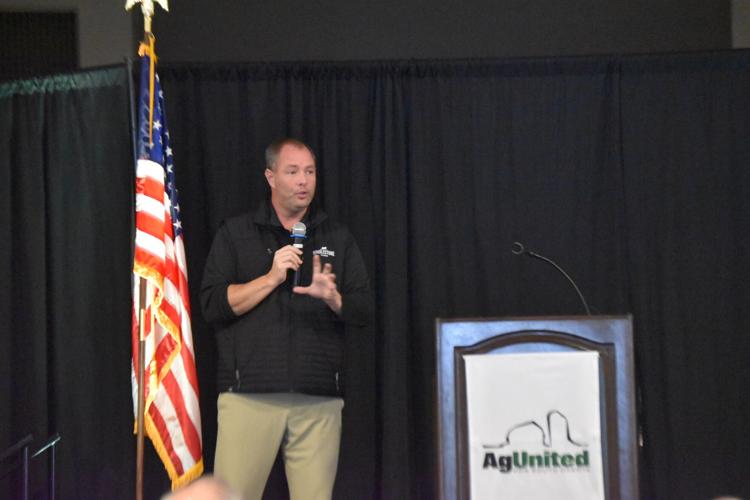 Dr. Luke Minion is chairman of the board for Wholestone Farms. He addressed the crowd at Ag United’s annual luncheon Dec. 14 regarding the new pork processing facility slated to begin construction in Sioux Falls in late 2022 or early 2023.

The site of the future Wholestone pork processing plant in northeastern Sioux Falls sits on 172 acres near the intersection of Benson Road and Interstate 229. 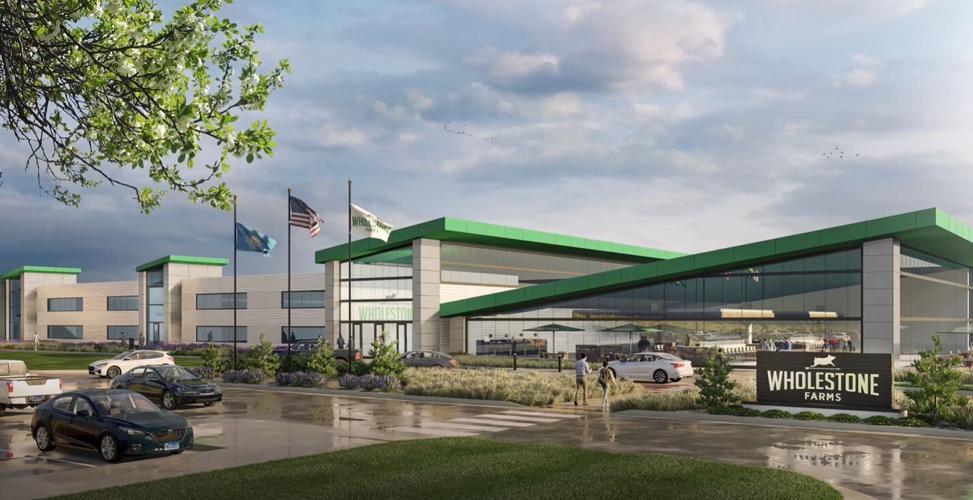 An architectural rendering of Wholestone’s future Sioux Falls pork processing plant. The plant will employ up to 2,000 and be able to harvest up to 6 million hogs each year.