Doug Noem’s nine years of service on the South Dakota Corn Growers Association (SDCGA) board of directors have been far from uneventful.

In 2012, South Dakota farmers endured their worst drought, and seven years later they faced flooding so widespread that the state had more unplanted farm acres than anywhere in the country. And then we closed out 2020 with a pandemic that has taken many lives and dealt a blow to the economy.

“We’ve seen a little bit of everything. It’s been a roller coaster ride,” he said, reflecting on his time with the SDCGA, which serves as a legislative voice for South Dakota’s farmers. “Although there have been many challenges, my years on the board have been a fulfilling experience and I was always learning something.”

Noem, who farms near Bryant, retires as board director due to term limits after completing his second year as SDCGA president.

“There’s always a strong, new group of leaders. Our directors are full of good ideas and are extremely committed to representing our state’s corn farmers. And we have an excellent staff. Without them, South Dakota Corn wouldn’t be what it is,” Noem said. “One farmer doesn’t have a lot of clout but when we all work together, we have a powerful voice. The Corn Growers Association is a great example of what grassroots organizations can accomplish.”

During Noem’s near-decade as a director, the SDCGA achieved significant progress on both federal and state policy, including input to help craft two federal farm bills (2014 and 2018) that preserved and strengthened a crop insurance program. Noem was closely involved with the 2018 bill as a member of a National Corn Growers Association (NCGA) action team, where policy changes to two popular farm programs originated. He said groundwork for the 2022 farm bill is already being laid.

Last August, the SDCGA helped earn a legislative win as the USDA’s Risk Management Agency allowed farmers in 19 South Dakota counties to hay, graze or chop cover crops beginning Sept. 1, rather than Nov. 1, in fields they were unable to plant with corn or soybeans.

To achieve that Sept. 1 “prevented plant” policy change, the SDCGA worked closely with U.S. Sens. John Thune and Mike Rounds and U.S. Rep. Dusty Johnson. Although that is a one-year agreement, efforts are under way to make the date change permanent.

The SDCGA also actively supported two major trade deals that took effect in 2020 and expand exports of agricultural products to neighboring Mexico and Canada, as well as China.

South Dakota exports more than $500 million worth of goods to Canada annually and ag products accounting for 44% of that. Over the past decade, the state’s exports to Mexico have amounted to well over $300 million annually. Mexico is the top buyer of U.S. corn and distillers grains, an ethanol co-product. Canada is the top buyer of U.S. ethanol and ranks sixth in corn purchases.

In recent months, China has greatly increased purchases of U.S. grain and meat products. Nearly one-third of South Dakota’s corn is transported by rail to the Pacific Northwest and then shipped overseas.

While exports are essential, Noem stressed that domestic use of our corn is always priority No. 1. Half of the state’s corn is processed at 16 major ethanol plants. The SDCGA has been a strong supporter of ethanol since the industry’s birth and continues to push for higher blends and expanding infrastructure.

The group helped achieve year-round sales of E15, a fuel blend of 15% ethanol. Several projects to further boost the ethanol industry are now in the works, including low-carbon fuel standards.

One aspect of the association’s commitment to ethanol is to ensure regulations are followed. The SDCGA joined with industry partners to legally fight past decisions by the Environmental Protection Agency that gave oil refineries waivers from meeting ethanol-blending requirements. A circuit court struck down many of those waivers.

In addition to federal legislation, Noem emphasized that the SDCGA also stays on top of state issues that affect agriculture, such as taxes, livestock development, broadband internet service and water concerns.

During Noem’s term, the SDCGA and its sister organization, the South Dakota Corn Utilization Council, were key partners in a major project on the South Dakota State University campus. The Raven Precision Agriculture Center, which is under construction, is a collaborative project involving the university, commodity groups, private industries, state government and individuals.

Although Noem’s term with the SDCGA is finished, he’ll continue to serve as chairman of the NCGA risk management and transportation action team, which addresses repairs and upgrades to locks and dams on the nation’s rivers – essential for the transport of grain.

Scott Stahl of Bridgewater succeeds Noem as president for 2021.

“Doug led us through some turbulent times, and he kept our focus on long-term issues that are important to South Dakota corn farmers,” Stahl said. “He kept our nose to the grindstone, and he set an example as an outstanding leader.”

Noem’s commitment to the SDCGA originated in a roundabout way. He was sitting at a table when retiring director Gary Duffy of Oldham asked another acquaintance about taking over his board seat. That individual passed up the opportunity, but Noem, who has been extremely active in public service, offered to step up to the role.

Nine years later, he has no regrets.

As the new administration introduces staff to key cabinet positions, Ray Starling, former chief of staff for U.S. secretary of agriculture Sonny Perdue, doesn’t expect much to change after the “honeymoon period” under the Biden administration.

A second-generation West Union, Iowa, farmer, Loran Steinlage has always relied on his mechanical wit and abilities. But when he began embracing soil health practices, like interseeding of cover crops and relay cropping – modifying and redesigning equipment became essential to field success.

“Is it any wonder 10 days after a rain we’re begging for another one?” Agronomist Dale Strickler talks about how to make soils more resistant to drought. 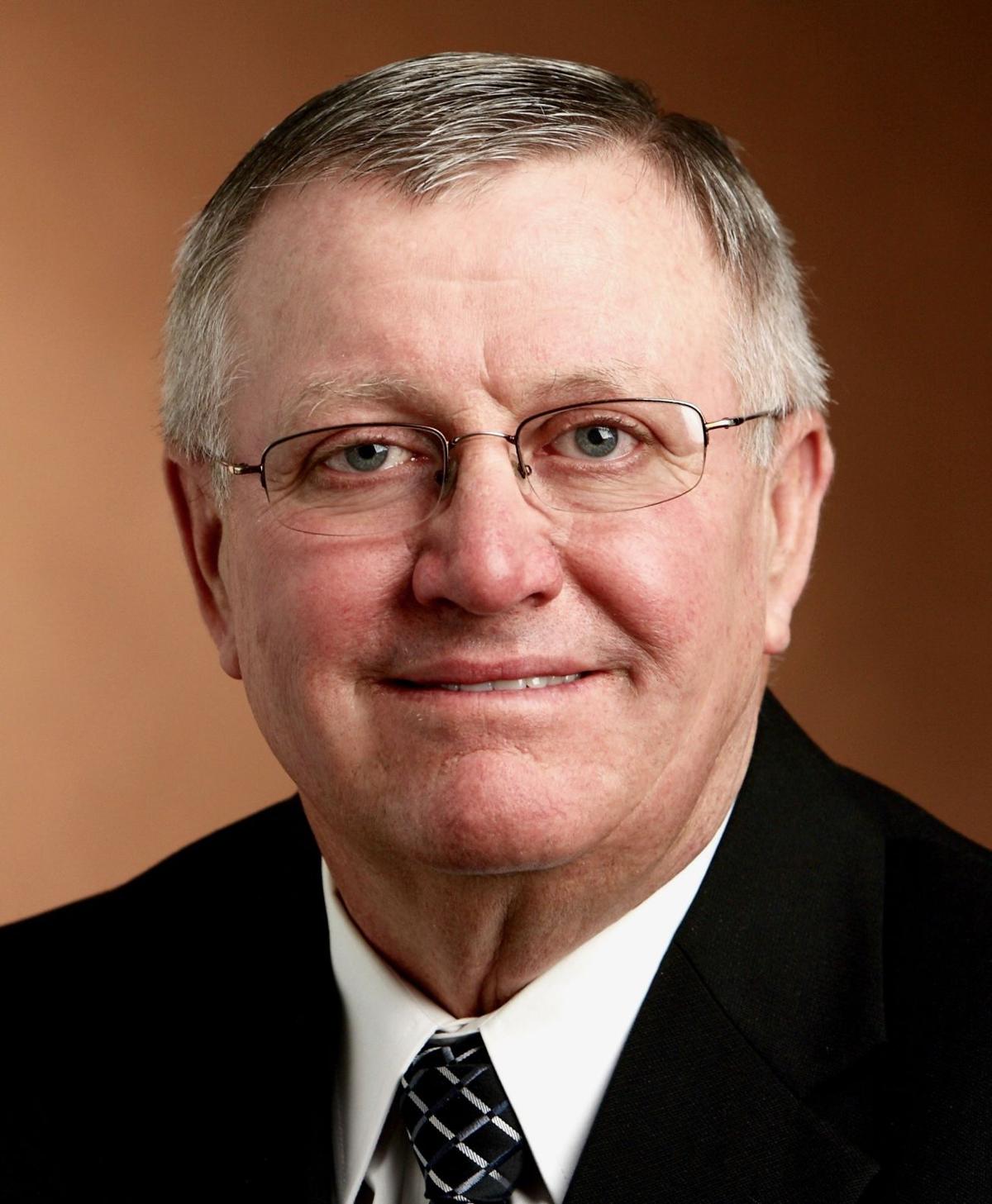 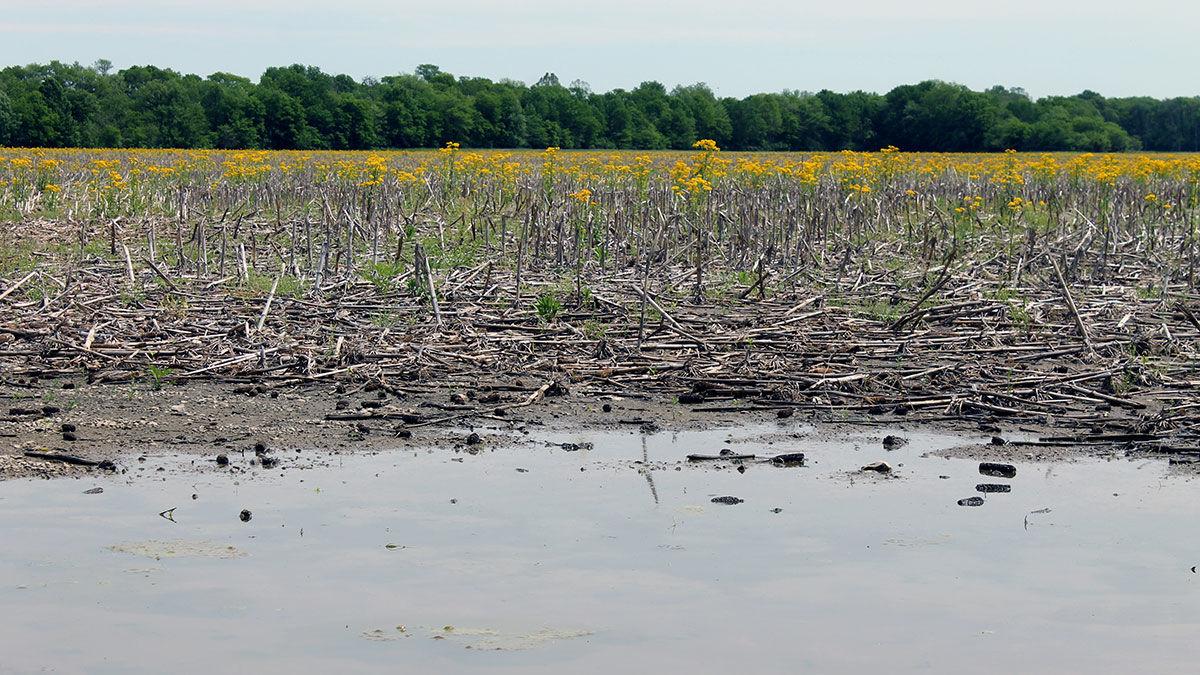 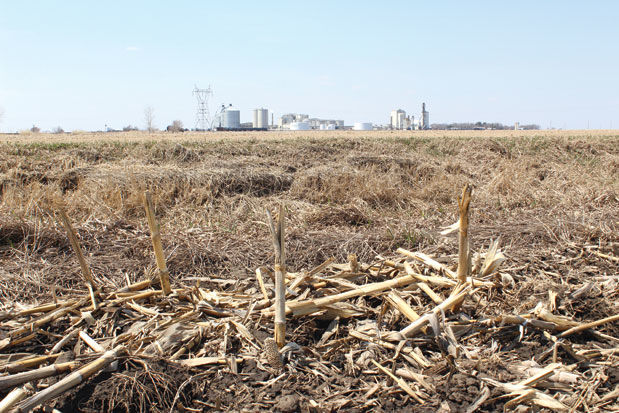 The Poet ethanol plant near Chancellor, S.D., is seen in the distance from a field of corn stubble in this photo from April 2018. 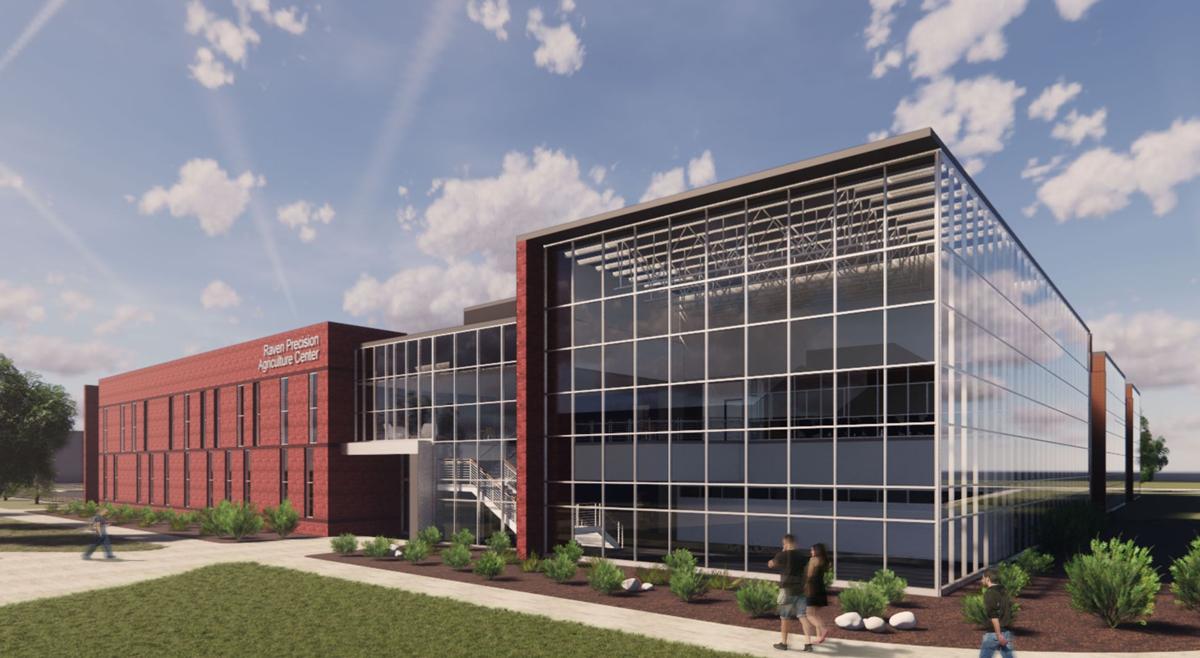 An artist's rendering of the precision ag building on SDSU's campus. Construction will be in full swing in spring 2019.