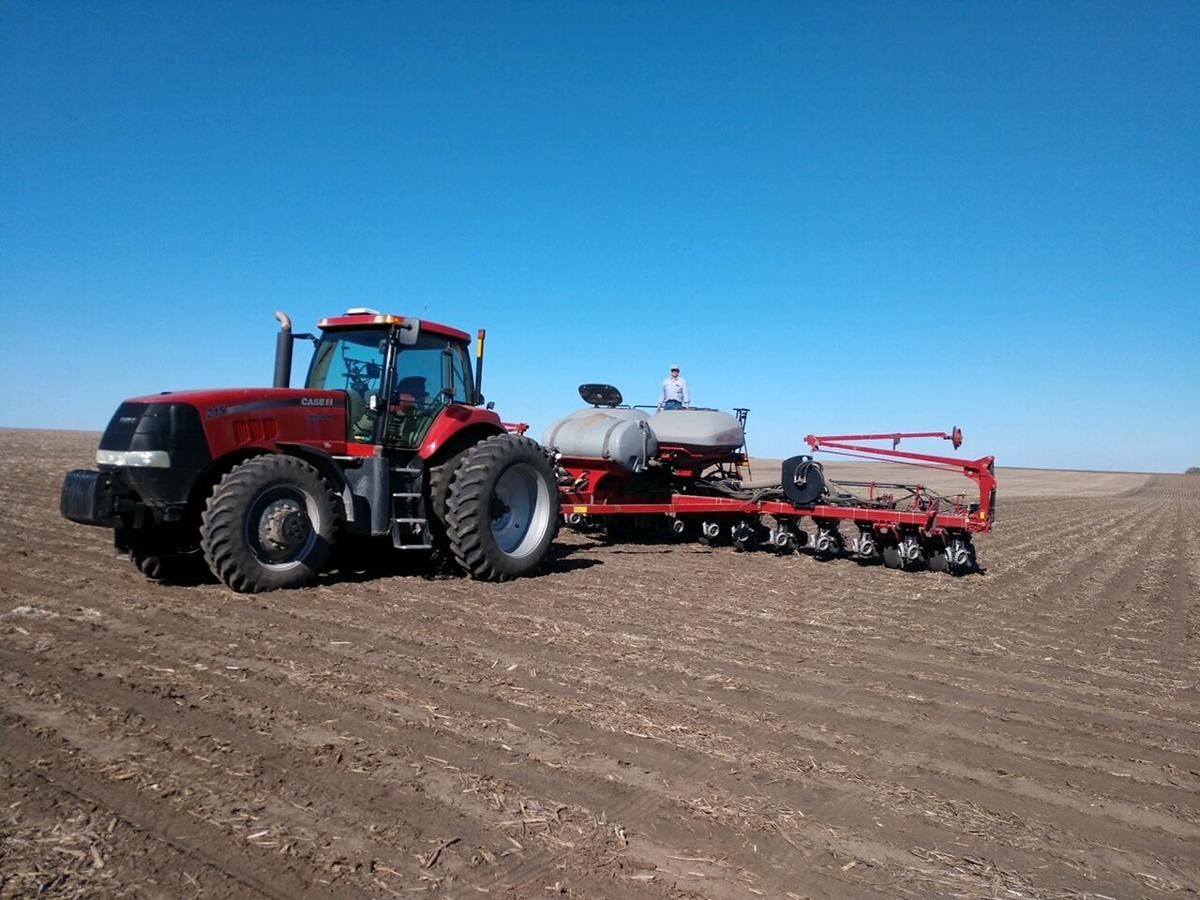 Tom Oswald runs a planter on his Cherokee County, Iowa farm in late April. With cool weather, crops have been slow to emerge, he said.

“The ethanol boom really brought back cattle feeding, and a lot of guys have a lot of cattle,” he said. “We’ve got a lot of good things going here.”

Oswald delivers his corn to an ethanol plant about 5 miles from his bin site. He farms in Cherokee County north of Cleghorn, and he’ll be sharing his crop’s progress throughout the season as Tri-State Neighbor’s northwestern Iowa crop watcher.

As of mid-May, most of the ground around Cleghorn had been planted. Oswald’s burndown herbicides were on. The two-pass corn had its first application.

Growth has been slow due to the cool weather, Oswold said, but corn is coming through and his soybean were starting to emerge.

The area was in severe drought as planters started rolling in mid-April. The long dry spell started last season. Oswald went from the first week of June to the first week of August getting just a 10th of an inch at a time.

“We ran on subsoil moisture,” he said.

Thankfully, his soils are high quality and can hold about a foot of water. That means his crops can go for quite a while without a rain.

Still, the lack of rain impacted yields last fall. He estimates corn yields were down 5-10% and soybeans were down about 5% from the 10-year average.

He took precautions this spring by doing minimal fieldwork to keep from disturbing the soil and drying it out. For 20 years now, Oswald has no-tilled his soybeans and strip tilled corn. That fieldwork was done last fall.

“I’m not touching anything I don’t have to,” he said.

He recorded three-tenths of an inch of rain in the first half of May.

Oswald, 62, and his wife Susanne have no kids. She works in Cherokee and helps at the farm in the fall, driving grain cart. His dad, Stanley, helped haul grain until he had a stroke. He passed away at age 92 April 21. Tom’s mom, Sally, passed away two years ago.

He started to transition the farm to minimal tillage after earning his master’s degree from Iowa State University in tillage and weed control.

“The research said I should go this direction,” he said.

Research is still an interest of his, which he follows as chairman of the supply action team of the United Soybean Board.

Oswald is on the first year of his last three-year term on the national board. It’s far from his first experience with board work. On more local levels, he’s been involved with the state soybean association for more than 15 years and was president in 2014-15. He’s served as president of the county Farm Bureau and was chairman of the county soil and water commission as well.

He finds it interesting serving on a national board to meet farmers from across the nation and learn about their different circumstances.

“The reward is the interaction with the other farmers,” he said.

Aimed to level, aerate, move and manage grain without a farmer in the bin, this robot designed by two recent UNL college grads looks to revolutionize the industry and save lives while doing it.

Tom Oswald runs a planter on his Cherokee County, Iowa farm in late April. With cool weather, crops have been slow to emerge, he said. 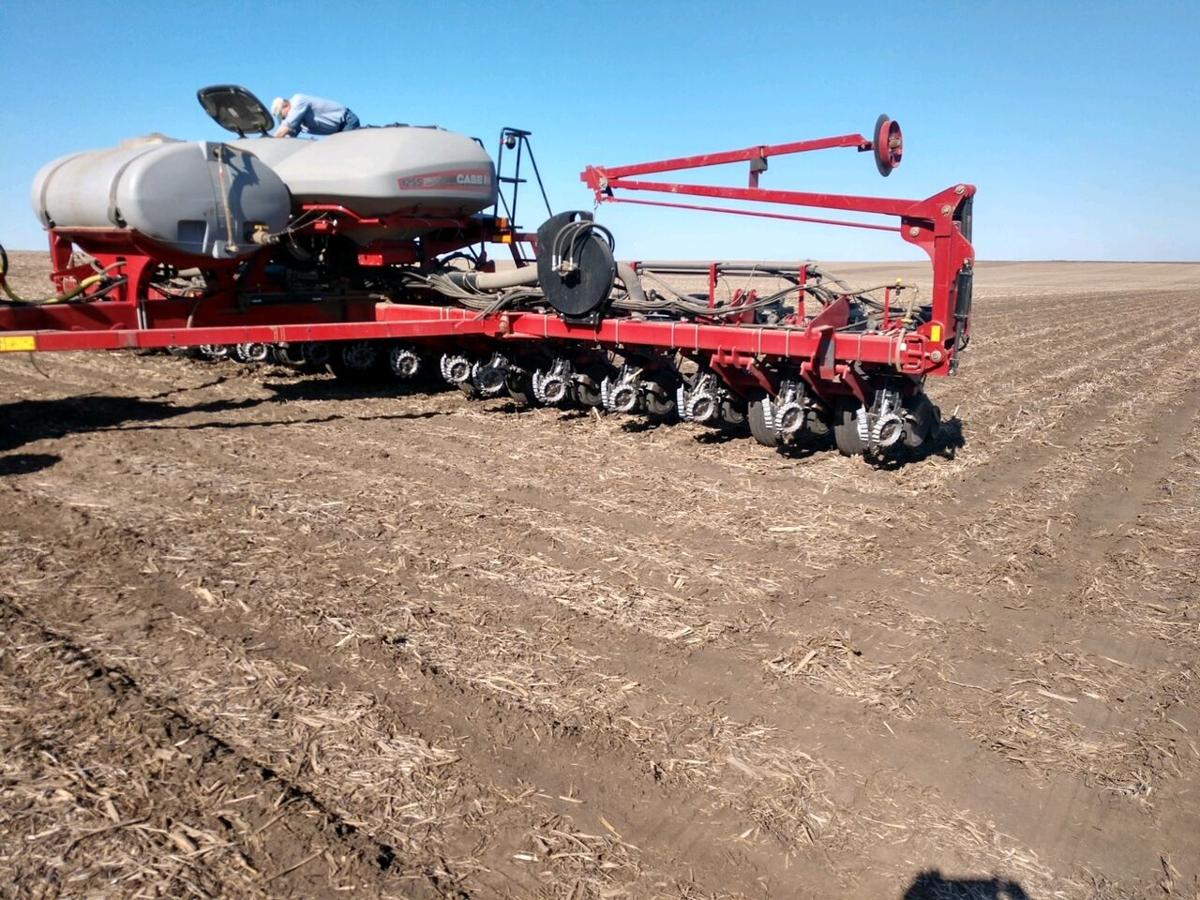 The planter is ready to roll across Tom Oswald's field in northwestern Iowa. 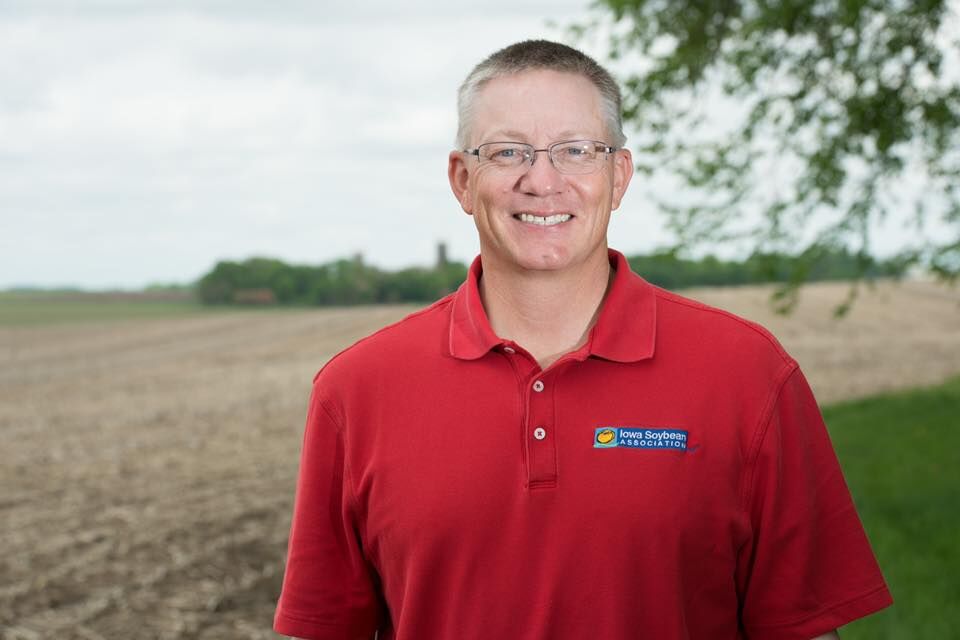 Tom Oswald is a member of the United Soybean Board from northwestern Iowa.