Will Jones has been struggling with weeds.

“The weeds are on the march again in the soybeans,” he said, adding “I can’t believe they’ve been as bad as they’ve been.”

The Sioux Rapids, Iowa farmer said he’s going to apply a pass of Liberty to address the problem and some glyphosate where places really need it.

In early June, Jones sprayed two passes of pre-emerge, but said it didn’t do much without any rain.

He got a few of his tissue samples back. Things are looking good for nitrogen but not great for potassium, he said.

Speaking of par, his weed trouble has kept him off the golf course. He said he’s gotten only two rounds of golf in all year. It’s not looking like he’ll be hitting the links anytime soon, either.

His sprayer has been working overtime and has thankfully been working well since breaking earlier in the summer.

“It’s been a real trouper since breaking, but it just has to keep going,” he said.

He’ll be applying with a Y drop, adding more fungicide and pesticide, he said.

A storm the week of July 4 laid down quite a bit of corn in the region, though he thinks it will be OK once he gets back through it with the Hagie.

Despite being frustrated about weeds and wind, Jones was grateful for the three inches of rain he got throughout the week of the Fourth of July.

Jones has also been busy hauling the last of the seed beans that got released from inventory and has been continuing his haying endeavors as well.

Soybean gall midge under the microscope

A tiny pest is causing significant damage in some southwestern Minnesota fields.

"Looks like herbicide application time is when most neighbors start visiting, asking about what traits did we planted, if we used dicamba or Enlist?" 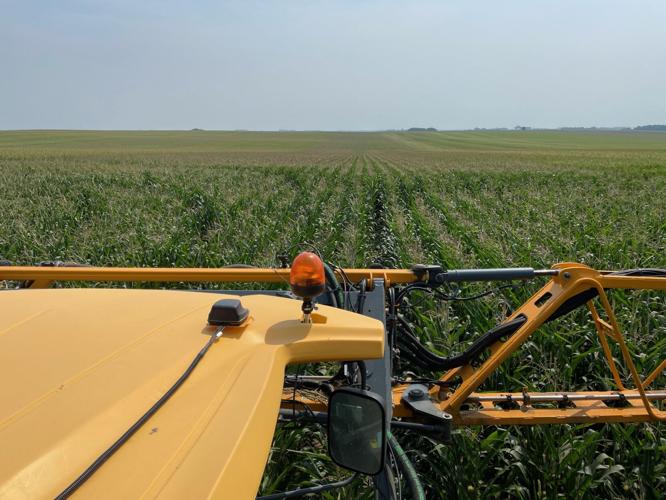 Crop watcher Tom Oswald gets a view of his corn from a Hagie STS 12 as fungicide and insecticide is applied. 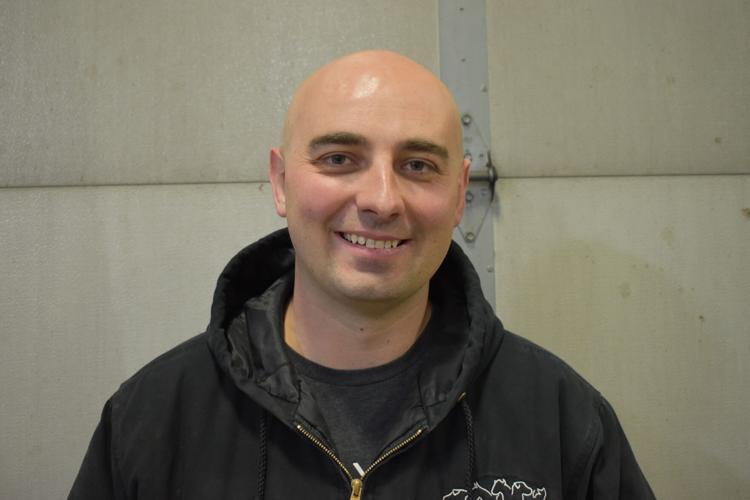