Greetings from South Central South Dakota where we are bordered by the Missouri River on the east and the state of Nebraska on the south. The area has a diverse terrain from the rough river hills along the river following along Highway 44 over the Platte-Winner bridge to the rich farmland that follows Highway 18 and the unique small towns of Fairfax, Bonesteel, St. Charles, Herrick, Burke, Gregory and Dallas. The sandy soils of the Sandhills start to emerge in the area south of Highway 18. We live down along the river and have mostly pasture land and hayland. We have few farmland acres but manage to grow a few crops for feed for the cattle.

Our spring was colder and drier than normal, which maybe has been protecting the grass and crops that have been trying to grow. Many cattlemen fed hay longer as the grass is slow to emerge because the soil temperature has been slow to warm up as of this report, submitted May 27.

With the lack of rain, it seems like the month of May was going great guns with hardly a break anywhere. We had a small amount of moisture during the month of April but May has been even shorter. The rain gauge says only 1.28 inches of moisture for May, which has come in the form of small showers. I know the area up west of us has had more moisture.

We are green here and thankful for what we have, but we have started Phase 1 of our drought plan. The fall calves are still in the yard and will be sold in June and the river pasture that we had deferred grazed the past two years will be used for grazing cow calf pairs. We had planned to burn our river pasture to get rid of the eastern red cedar infestation, but it will now be part of our contingency plan. We are thankful to have the old grass to fall back on and maybe this summer we will do more shearing and stuffing of the cedar trees and prepare for a burn next season.

The Mid-Missouri River Prescribed Burn Association of which we are members was able to complete some very successful burns this spring. We helped with a couple of them and loved to see the success that prescribed fire has on the eastern red cedar.

We have a few small patches of farm ground. Our oats were planted in April and the corn in May. We have worked the ground in preparation for planting millet, but it needs some more rain on it. The corn is just emerging and the oats are up, but everything needs moisture. Our alfalfa is looking good and we will be spraying that for bugs. The area farmers have had a good planting season. The corn is all done in the area and they are finishing up on soybeans, but everyone is in agreement that they would rather have the moisture!

We also had good weather to complete our branding season. We only have the late calvers left to work and have started to move everyone to their summer pastures. We are scheduled to test bulls and preg check the fall cows next week. We also have a group of old cows with calves that we will not put bulls with and will start the calves on creep feed. The plan is to get the calves eating and sell the old cows, which may be earlier than usual if we don’t start getting some moisture.

Another concern I have heard from the neighbors is water for the livestock. There was no snow runoff for the dams and of course the rains this spring have all soaked into the ground, so no runoff there either. Even the springs that have been open the past few years have dried up, making water access a lot harder. We have turned on our tanks and are thankful to have the pipelines and tanks.

I don’t mean to sound all gloom and doom but when we are short of moisture, it makes for excessive worries. We are blessed that we were able to get everything planted, all the cattle worked, spend time helping neighbors burn, help at the flower shop in Burke (our daughter’s business) celebrate birthdays, graduations, concerts and the end of the school year. Seems like we are kind of getting back to a little bit of normal. We are seeing people that we haven’t seen for over a year!

But things won’t be slowing down as we spray weeds, get machinery ready for hay, continue to check cattle and pastures, keep fences fixed, and we may kill some more cedar trees!

Cattle head to town as pastures dry out

Well, the good news is that we had rain last Thursday night. The bad news is that it was very spotty and it disappeared quickly into a dry, th…

From near freezing to over 100, crops show stress in northern South Dakota

"The spring wheat crops here are looking pretty tough. Due to the dryness and heat, there are fields that are beginning to head out and aren’t much above knee high."

"The corn and soybeans are in good condition but moisture needs to keep coming or we will be in trouble."

To best describe my backyard, you’d say we sure could use a good soaking rain. I’d take an inch anytime and 2 no problem. Keep the ice away.

"The higher market prices have instilled some hope and have been nice for the old crop sales, but the lack of moisture has everyone in this area concerned about this coming harvest."

Sprayers around the area have been sitting idle for the majority of the past week or more as we have been dealing with our wonderful South Dakota winds!

After a few years of challenging weather, trade disruptions and low commodity prices, things turned around in early 2021. “It’s nice to get one of those years,” Jeremy Stoecker said.

Our crop was planted in good soil conditions and is off to a good start for the most part.

Locally, crops look good with soybeans having emerged, unifoliate leaves are out on the way to trifoliate. Spraying herbicide on corn started a few days ago. I plan to put my single pass products on next week after we warm back up. 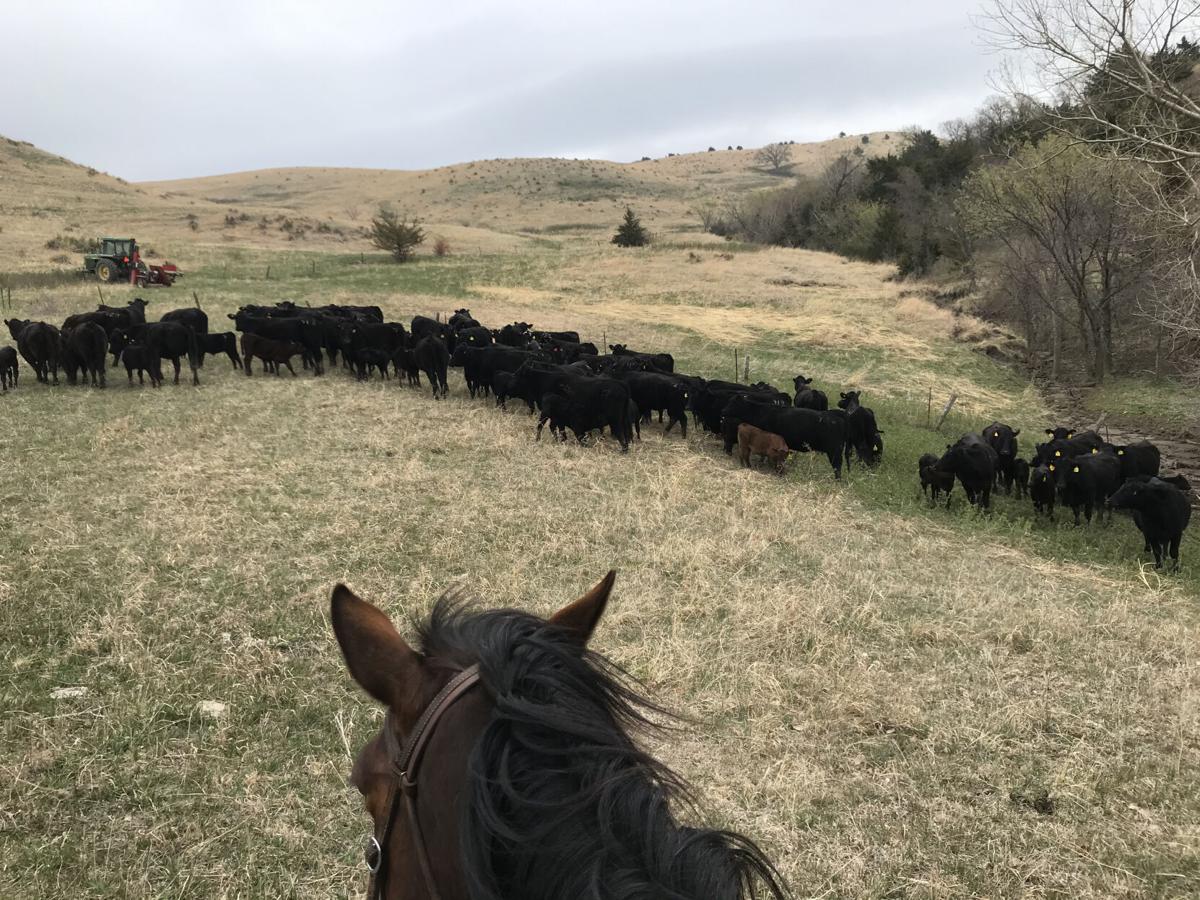 The Grims check cattle on horseback near Burke, S.D. Producers in the area are concerned about providing enough water for cattle this summer. 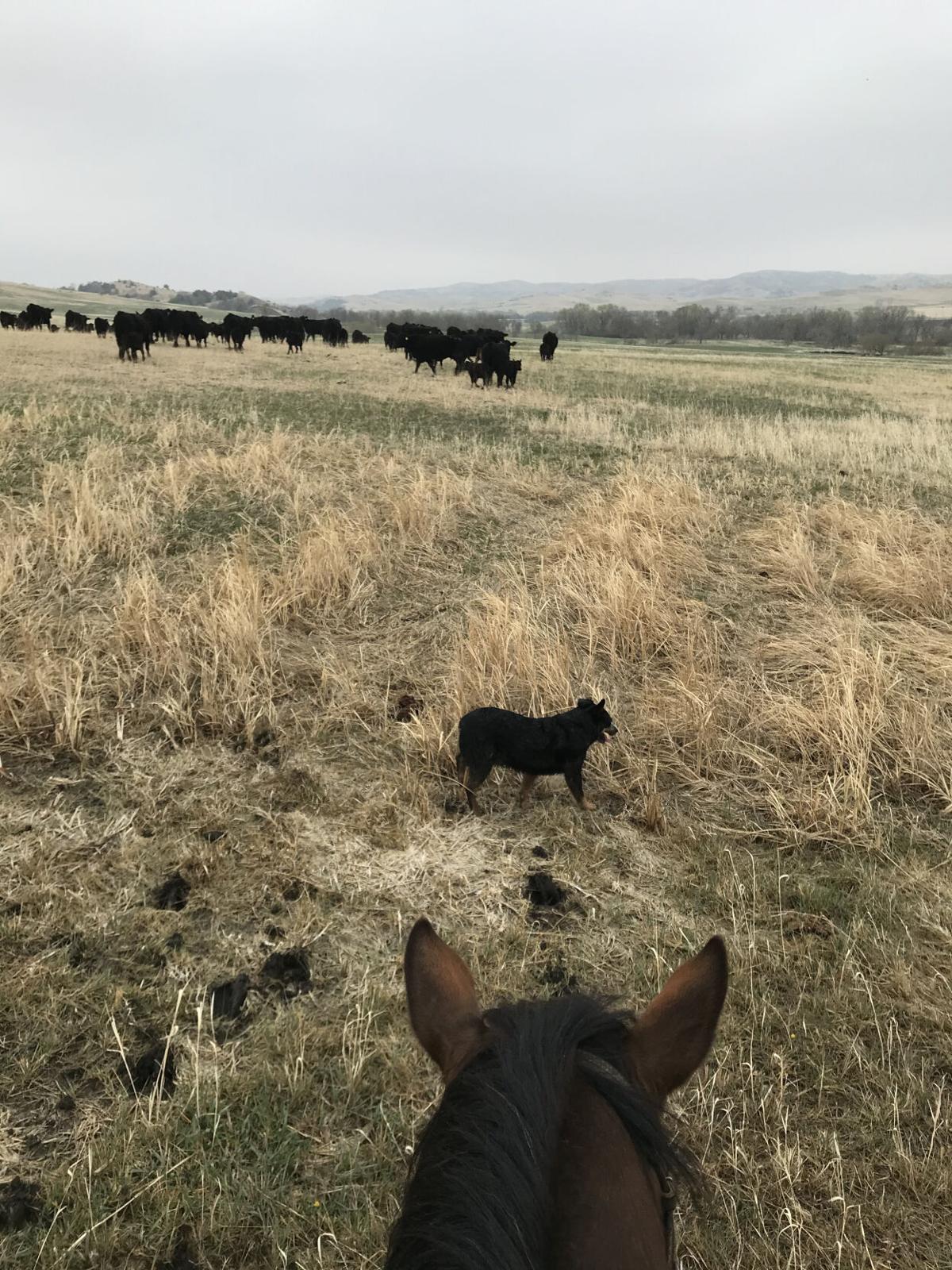 The Grims check cattle on their ranch along the Missouri River. A lack of spring rain has prompted the Grims to implement Phase 1 of their drought plan. 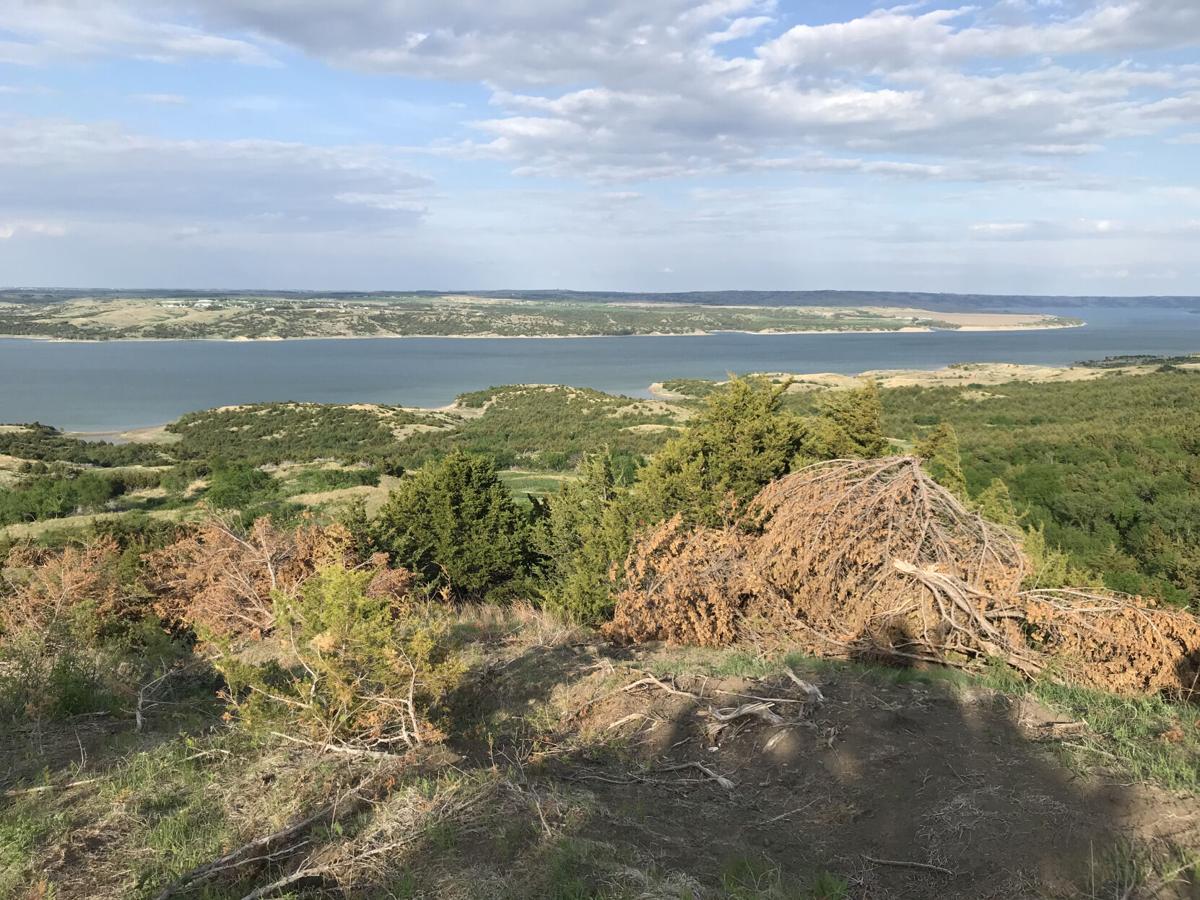 The Missouri River is seen from the Grim property. Sara and Rich Grim helped complete some successful burns this spring in an effort to control eastern red cedar trees. 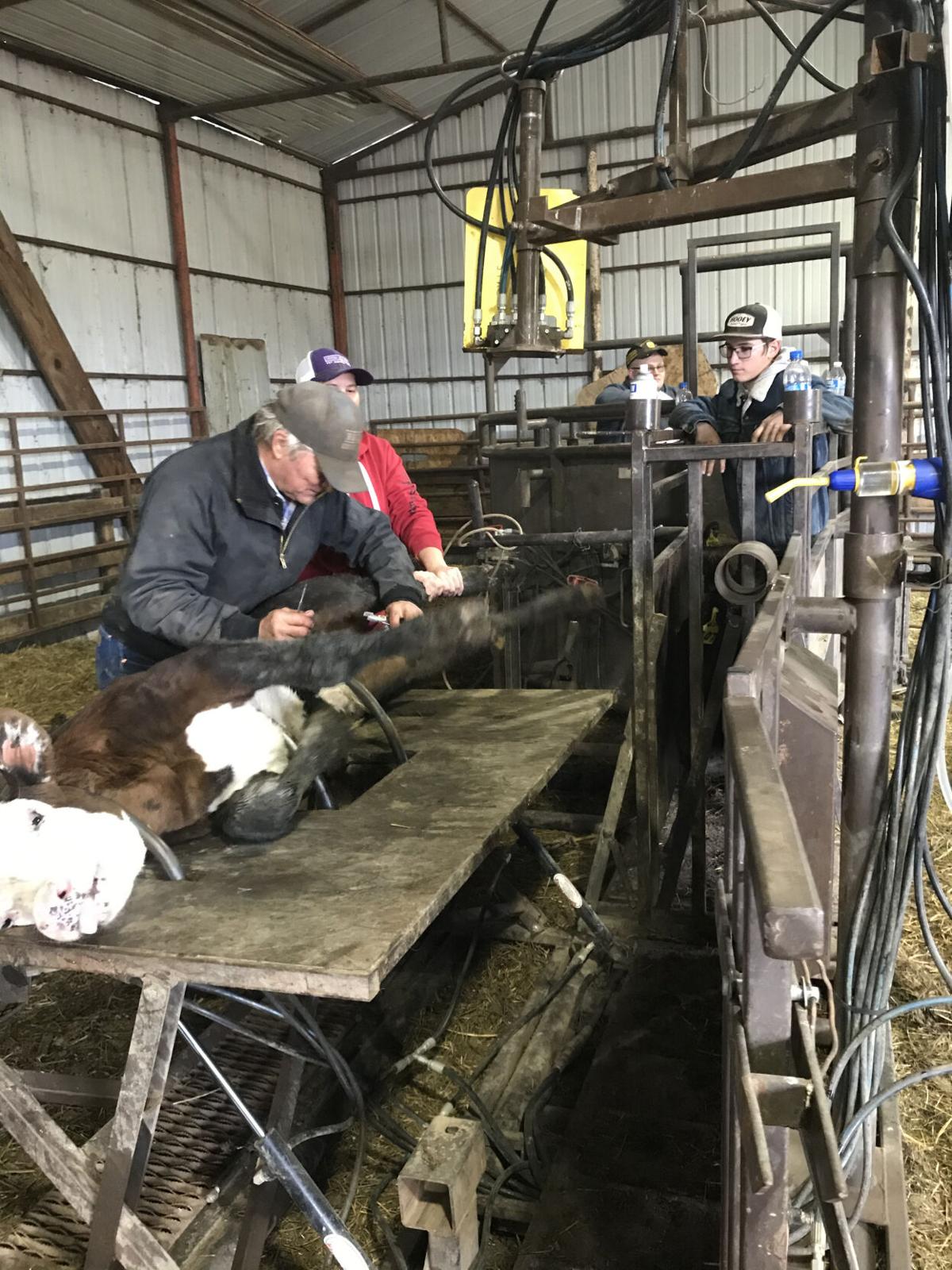 Rich Grim works a calf with the help of others. The family had good weather for branding season, Sara Grim said.