Abnormally dry (D0) to extreme drought conditions (D3) settled over Murray County in October, despite 2 inches of rain in mid-August.

The dry 2022 soybean harvest meant no challenges with mud or wet spots in the fields. Temperatures were comfortable. The dry harvest also saved labor, reduced fuel costs, and minimized repairs.

The dry field conditions also meant yields were a little below average.

“We had outliers lower and higher, but I would say we averaged 39-44 bushels per acre,” Ryan Vos said. “With how expensive inputs are, it was still a year that was hopefully profitable for everybody, but it’s going to make the margins a little bit tighter with how expensive it is.

Corn for grain harvest started Oct. 3 and continued when Ryan gave his report Oct. 10. The first few days of corn harvest were dedicated to opening fields and picking headlands.

“The moisture for the corn is all over the board. There are fields that are 18% and other fields in the low 20s,” he said. “My dad’s corn is going straight to the bin. We’re putting some air on it, and then we’ll feed that out to the cattle.”

Other loads of corn were going to local elevators.

“It’s been a smooth harvest so far. I hope it continues to be that way,” he said. “I hope it’s a year that we can look back at and be happy with how everything went.”

With nighttime temperatures in the 30s and 50s, the slow cooldown helped people and animals acclimate.

Cattle and hog feeding operations were going very well, with the cattle eating 2022 silage and 2021 corn. The Voses sold some cattle for delivery the first week of November.

“You couldn’t ask for better weather for growing cattle than right now,” Ryan concluded as he went back to work.

Ryan Vos is a fifth generation on his Slayton, Minnesota farm, raising corn, soybeans, alfalfa, Black Angus cattle and swine with his dad, Dale, and brother, Kyle. He is also a morning show host on KJOE country radio. 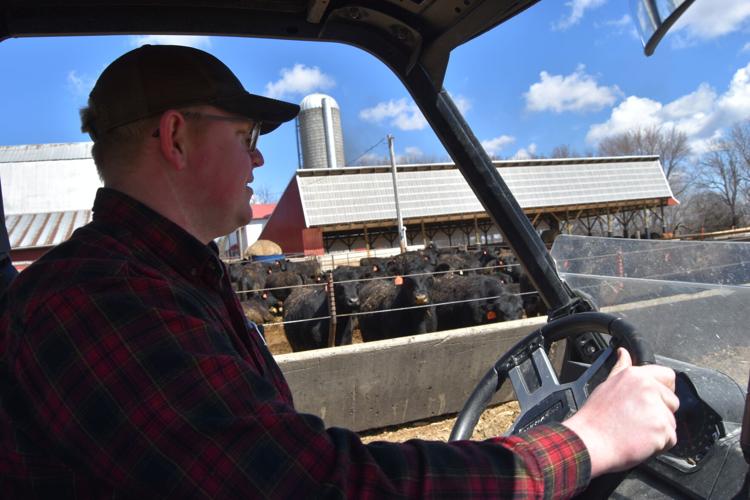 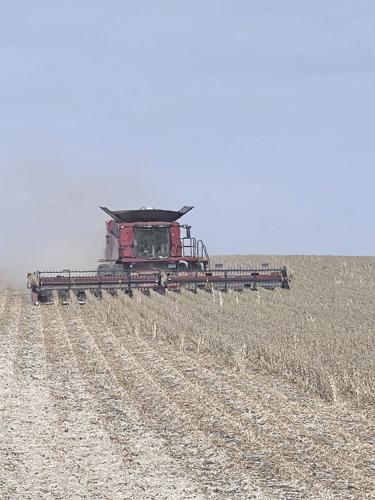