Stones pulled from a southeastern South Dakota field will serve as the foundation of a new shelter that will provided a safe space for families in crisis.

The Children’s Inn of Sioux Falls put out a call this summer for field stone to “Rock the Inn.” The rocks will serve as the façade of the shelter under construction on East 10th Street.

“Children’s Home Society has been close to us. All the work that they do there is short of amazing,” Walt Bones said. “The impact that they’re making on these kids that are in trouble, coming from a really difficult situation really is impactful for their lives. I feel that we’re helping in that quest to make a positive impact on those kids’ lives.”

Children’s Inn, a shelter for domestic violence and abuse victims, is expanding from its current facility on Western Avenue that has a capacity of 40 beds to a new 48,000-square-foot space that can sleep 96. Construction started this summer and should be complete by next fall.

“This allows us to meet the needs of the community and never need to turn someone away,” said Amy Carter, program director for Children’s Inn.

Before the pandemic, the shelter averaged 46 people per day – over its 40-bed capacity. Though crisis calls increased, shelter visits dropped considerably during the height of the COVID-19 pandemic. People shied away from living in a community setting, Carter said, noting that they continue to take all the safety precautions they can now that the delta variant is on the rise.

“We are open and services are available,” Carter said. “We will try to help you any way we can, despite everything else that’s going on in the world.”

Each year, Walt Bones, former South Dakota Secretary of Agriculture, and neighbors donate beef to the Children’s Home Society fundraising gala. When he heard the Children’s Inn needed rocks, he knew they had plenty to offer.

They came from a hilly pasture on the first farm his parents bought together after they were married, around 1951. It’s been pasture since that time, but prior owners must have tried to farm the hills, he said. They found plenty of rocks when they tilled the ground that sits on a moraine where an ancient glacier had pushed the earth before receding.

“Someone prior to my folks had picked up a lot of rock,” Bones said.

Steve Bones ran the loader to fill a trailer with those rocks in mid-September. From there, volunteers from an Augustana University student athlete group worked in Sioux Falls to load and unload them from a truck at the construction site.

Carter said the goal with the stone wall is to have a unique look that is both welcoming and calming.

“It really is the foundation of this building in some ways,” she said. “They will forever be able to help surround these victims.”

The new facility is adjacent to the Empower Campus, a collaboration of numerous community resources, near the former South Dakota School for the Deaf.

The organization is in the middle of five-year endowment campaign to raise $12 million for building and operating expenses. A major gift came from philanthropist T. Denny Sanford.

Bones said he always encourages people to give to organizations that are doing great work.

“It’s just a great opportunity to do something good for folks that don’t have the same blessings that we do,” he said.

“It’s a good lesson: you better keep that cell phone with you at all times.” That’s the advice of Richard Hoffman who suffered a 25-foot fall and spent a cold night in a grain bin this week.

“I am excited to come home to the state where I grew up and work on behalf of South Dakota’s corn producers to help ensure their needs are met from a policy standpoint in both Pierre and Washington, D.C.”

As DaNita Murray takes the helm of the primary advocacy organization for South Dakota’s largest commodity, sustainability is top of mind.

An eye for the green

A technology company with a mission of reducing chemical usage is getting ready to roll out an after-market kit that gives sprayers an eye in the field. “It’s a transition from this very wasteful practices to very precise applications.”

T. Denny Sanford donated $1.5 million toward the Stockyards Ag Experience in Sioux Falls. It will be used to build Woster Plaza, an outdoor education and activity center named after Tri-State Neighbor’s own Jim Woster. 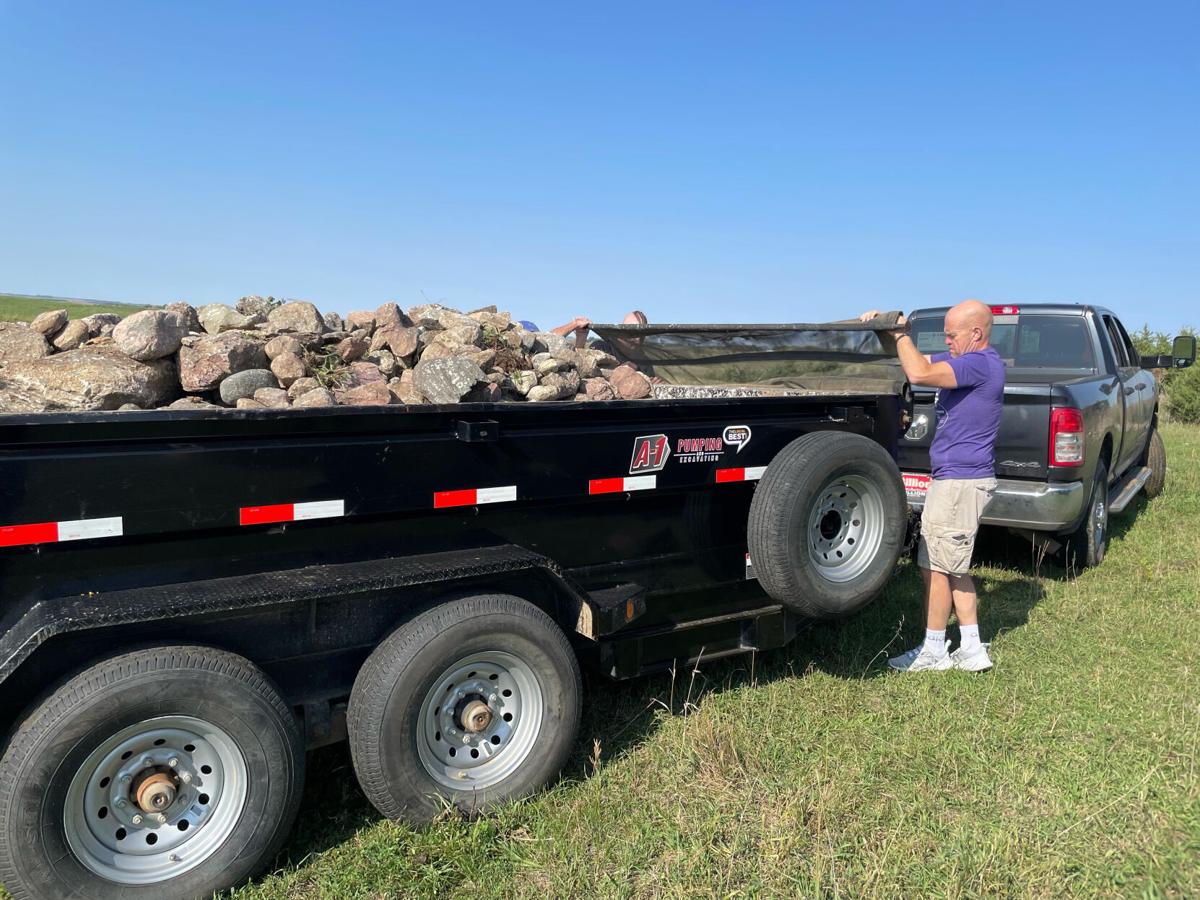 Mark Niemeyer of Children’s Home Society looks of a load of field stone donated to serve as façade of the new Children’s Inn. While the Bones family donated the rocks, volunteers from Augustana University helped unload them at the construction site in Sioux Falls. 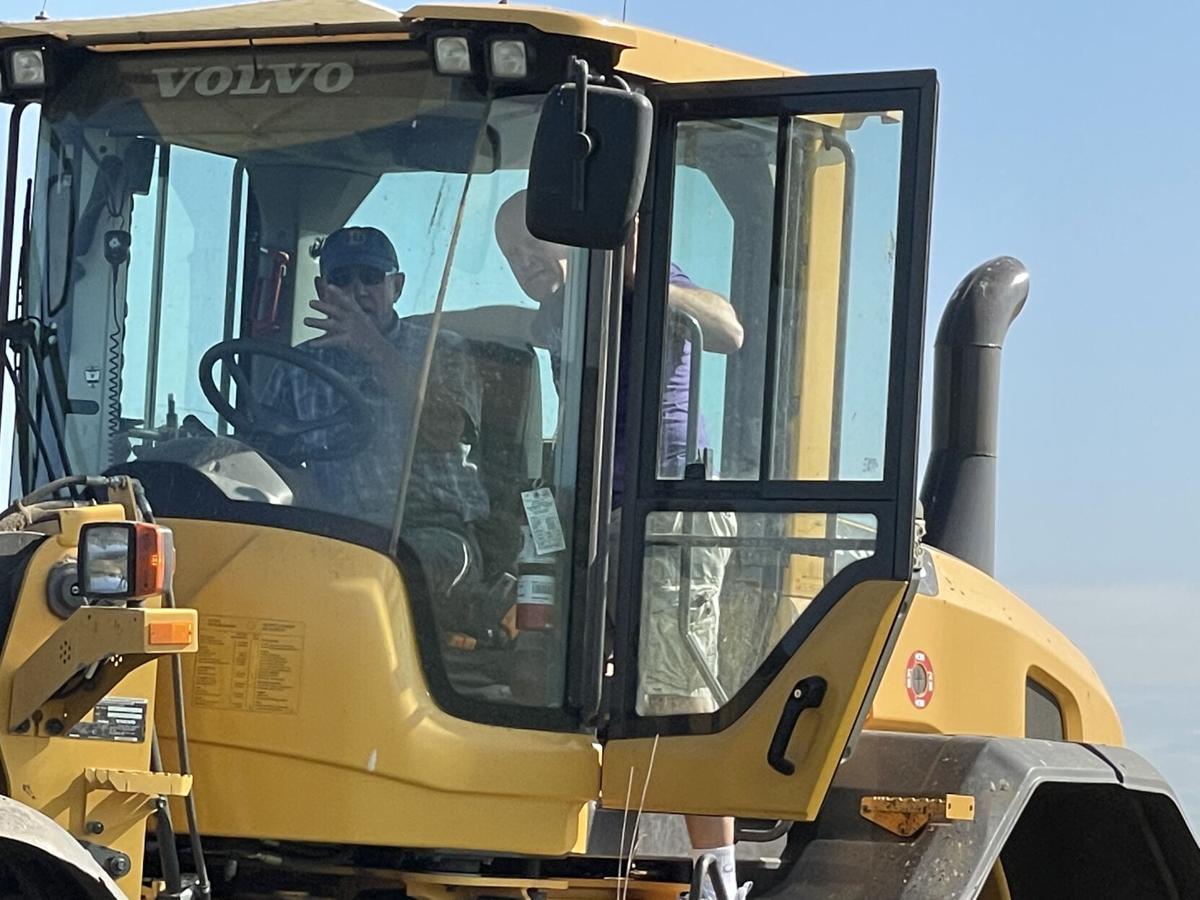 Steve Bones sits behind the wheel of the loader while visiting with Mark Niemeyer of the Children’s Home Society. The Bones family donated field stone to be used on the new Children’s Inn shelter in Sioux Falls. 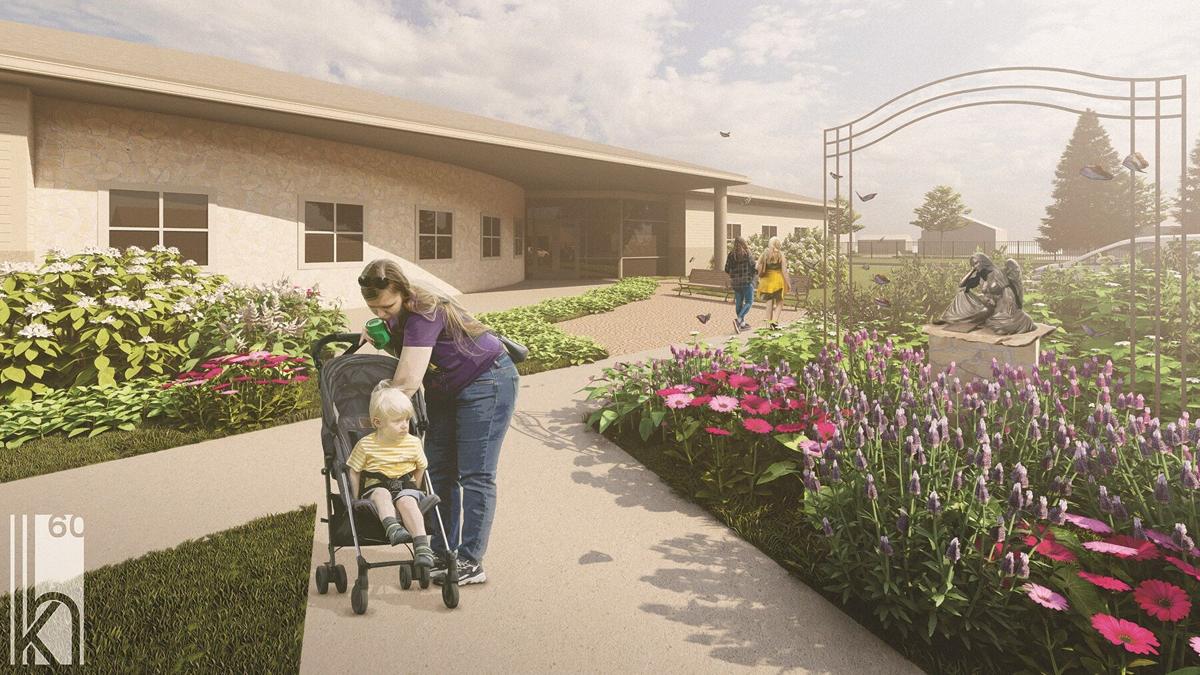 A rendering of the new Children’s Inn, under construction on East 10th Street in Sioux Falls, has stone as the façade of the building. The field stone will also be used in landscaping and in the foyer of the building.