Using decades-old data for 2021 solutions wouldn’t work on the farm, and a group of senators, industry veterans and ethanol advocates are hoping it stops happening for the biofuels industry.

Under the Renewable Fuels Standard (RFS) the EPA is calculating biofuels, specifically ethanol, on a model that was done in 2010. Recent studies by both the Department of Energy and third-party researchers have found that ethanol carbon intensity scores have dropped by nearly half during that time.

The largest ethanol players have been pushing for this kind of legislation for the last several years. In 2020, Thune introduced the bill during the tail end of the Trump administration but decided to reintroduce it to gain support in the new political landscape.

“It is imperative that the EPA adopts the latest, most accurate science to quantify the environmental benefits of ethanol, which was recently shown to have nearly half the carbon intensity of traditional gasoline,” said Josh Shields, senior vice president for government affairs and communications for POET, the ethanol company based in Sioux Falls. “Sen. Thune and Sen. Klobuchar’s bill is a critical step in restoring integrity to the RFS, encouraging higher blends of biofuels and formally recognizing what ethanol producers and corn farmers have known all along: the power of biofuels and agriculture are some of the best tools available to grow our rural economies while staying in sync with nature.”

Carbon intensity scores are the basis for evaluating renewable fuels under RFS. As it stands, ethanol and gasoline are not far off from one another, despite those in the industry providing data over the last decade, biofuel advocates say.

The GREET model – developed by the Argonne National Laboratory run by the Department of Energy – stands for Greenhouse gases, Regulated Emissions, and Energy use in Technologies model. Its meant to simulate the emissions output of various vehicle and fuel combinations. From evaluating the total emissions from mining materials to make a gasoline-powered car to running that car or creating an electric vehicle, the model is updated yearly to reflect new data collected at the lab.

“Back when the low-carbon fuel started, everyone did their own modeling,” said Ron Alverson, president of the board of directors for the American Coalition for Ethanol and a farmer near Chester, South Dakota.

Alverson is one of the largest proponents for adopting the GREET model and has advocated for updated models yearly. When the RFS first began, every agency adopted its own model to test carbon intensity scores and the EPA hasn’t updated theirs since 2010.

“As a result of those updates (from the GREET model), ethanol from corn and ag products have dropped dramatically,” he said.

Alverson is hopeful for a change in ideology from the previous administration to the current one. There were concerns on whether or not either the Department of Energy or the EPA cared about ethanol, as “oil guys” led both departments during the Trump administration, he said. Even with a more climate-focused administration under President Joe Biden, Alverson said the EPA continues to push back on adopting a new model.

“It’s down the list always,” he said. “They don’t want to lose that authority, for whatever reason.”

With news that legislators, including both South Dakota senators and many other Midwestern congressmen and women focusing on increasing ethanol’s position in the industry, Alverson said he hopes that farmers reach out to let them know this is a top priority.

“There hasn’t been a direct dialogue that I know of,” he said. “They’re scrambling trying to get things done for the new administration.”

Overall, the Adopt GREET Act isn’t the only thing that should be done to better the ethanol industry, Alverson said. With the RFS standards muddled by extensions to fossil fuels companies and refineries, Alverson said he’d like to see a change from the renewable fuels standard to a low-carbon fuel standard – a standard with annually updated models.

“Where everything is based on that carbon intensity,” he said.

As it stands, RFS does not consider just carbon intensity ratings and, although ethanol performs “cleaner” than fossil fuels across the board, there is no incentive for the ethanol plants to continue to drop their carbon scores.

One of the pushbacks of the GREET formula, and many other formulas that look favorable on ethanol production, is that there could be a bias toward agriculture. While bias is found in all of the formulas based on when it was conducted and how, Alverson said that the GREET formula worked directly with each industry to find the exact data, which wasn’t always beneficial to ethanol.

“I don’t know how else you get it right. You have to have interaction with the ag community to make sure the model is right,” he said.

While the GREET Act would require the EPA to adopt the new formula for evaluating ethanol and biofuels, Congressional legislation is not required for a change of this kind. Supporters hope the EPA will make the decision on its own to update its formula, which is ultimately the goal. Since the 1990s, the formula has been updated twice.

Running a rural cooperative takes dedication from local people willing to serve on its board of directors, but in areas with small populations it can be hard to find people to step up into leadership. The Rural POWER program aims to address that shortage.

“Having that space is so big for our family.” A farm family takes on a basement finishing project piece by piece.

Self-employed people like farmers are finding health insurance very expensive to purchase and maintain. Sometimes it’s even hard to find adequate health care, let alone pay the bill, in rural America. It’s been this way for decades, but some farm organizations are working to change that.

Whether you are eating them, decorating them, or both, eggs are an enormous part of the Easter season. Dakota Layers, a family-owned egg farm …

The Louis Nigg barn near Sisseton, South Dakota was added to the National Register of Historic Places in March.

“I get a kick out of everyone always talking about exporting corn and ethanol. We have the largest market for the products right here in the U.S. We drive more vehicles than anyone.”

The rising cost of business

As the world gains control over the COVID-19 pandemic, and a sense of normalcy returns, perhaps the biggest question mark will be whether or n… 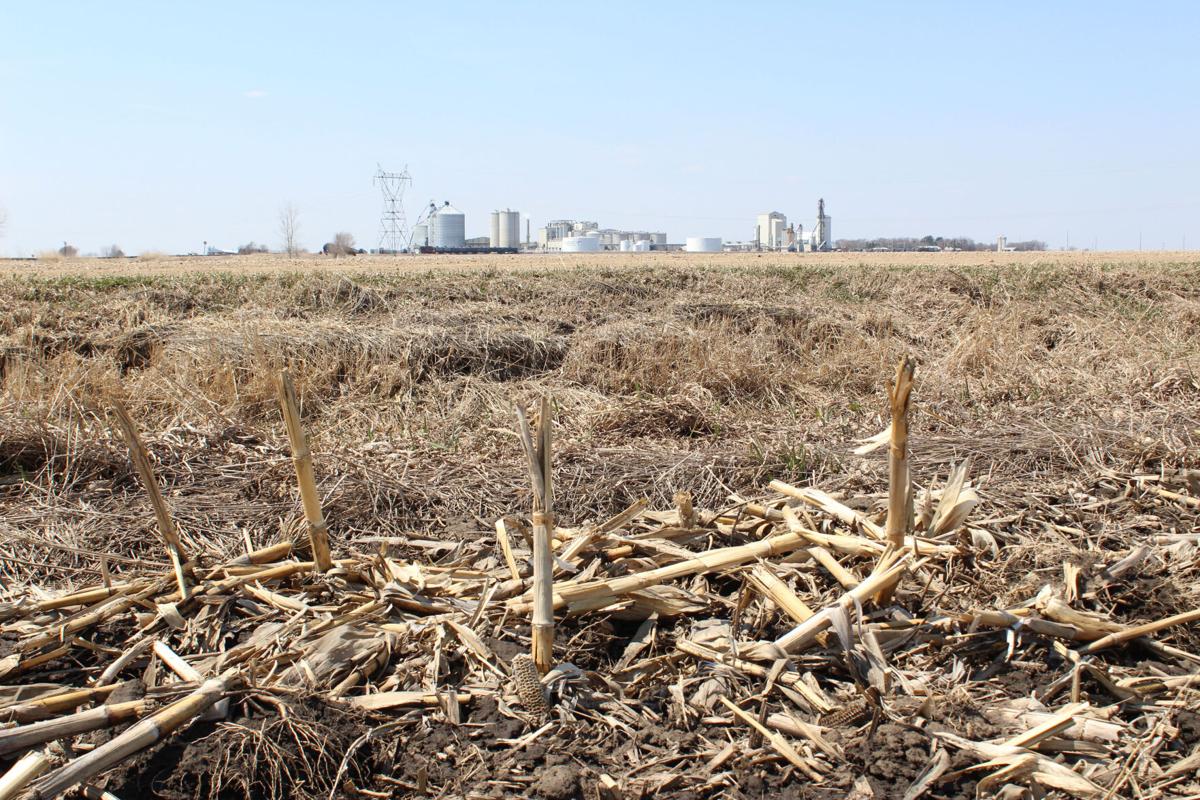 The Poet ethanol plant in Chancellor, S.D., is seen through a field of corn stubble in 2018. Proponents of biofuels are hoping to change the formula used to calculate carbon intensity scores for different fuels.