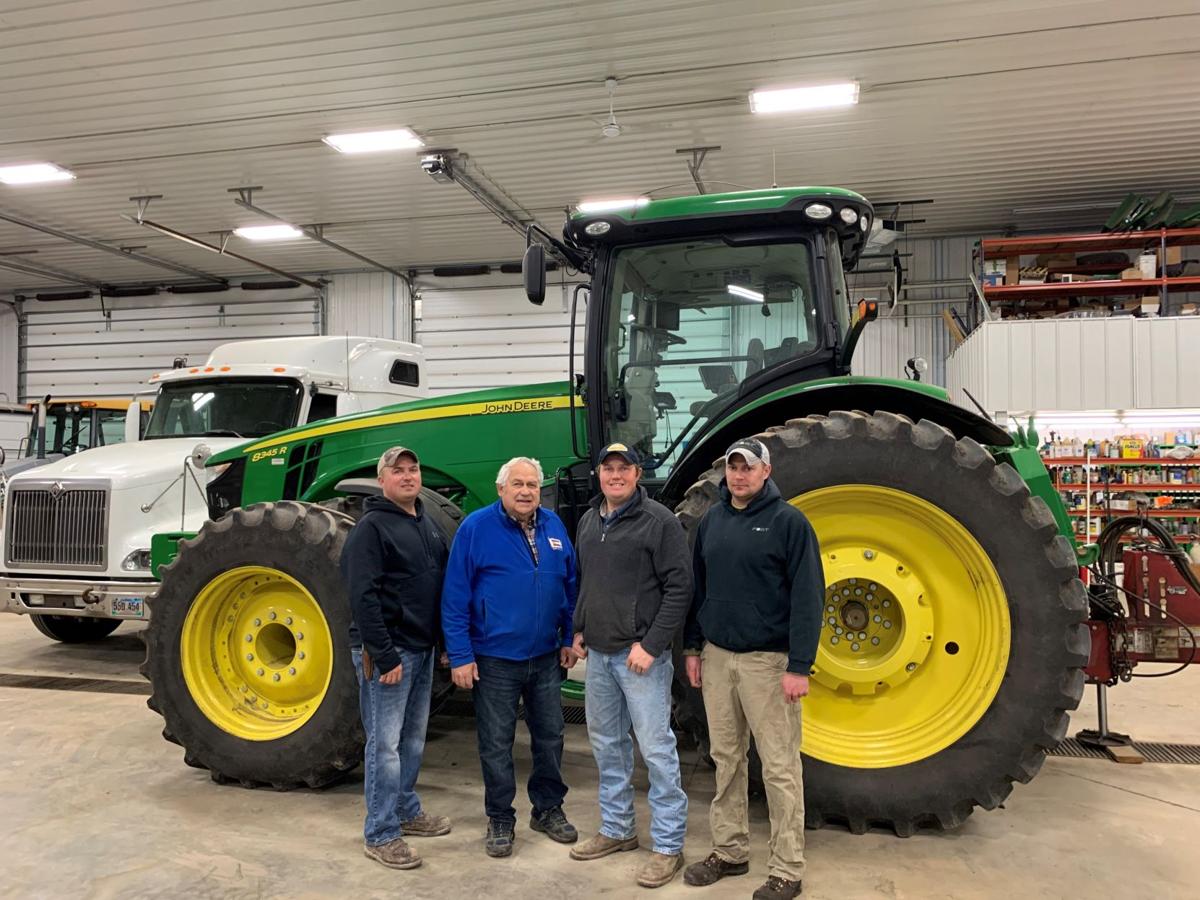 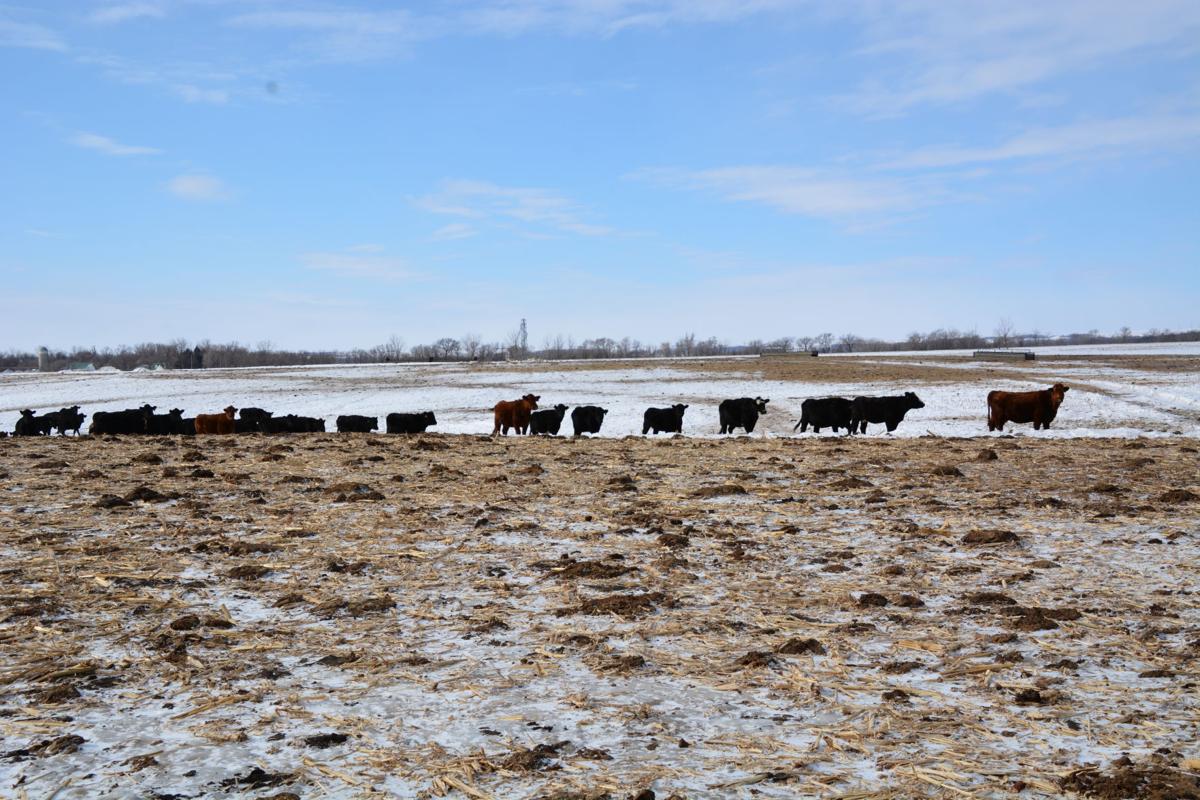 When it comes to managing the day-to-day farming duties, brothers Aaron and Jason Frerichs rely on each other’s strengths and interests – Aaron manages the crops, while Jason oversees the cattle – the brothers say making it on the family farm today takes optimism. It also requires seeking out marketing opportunities and ways to increase efficiencies. 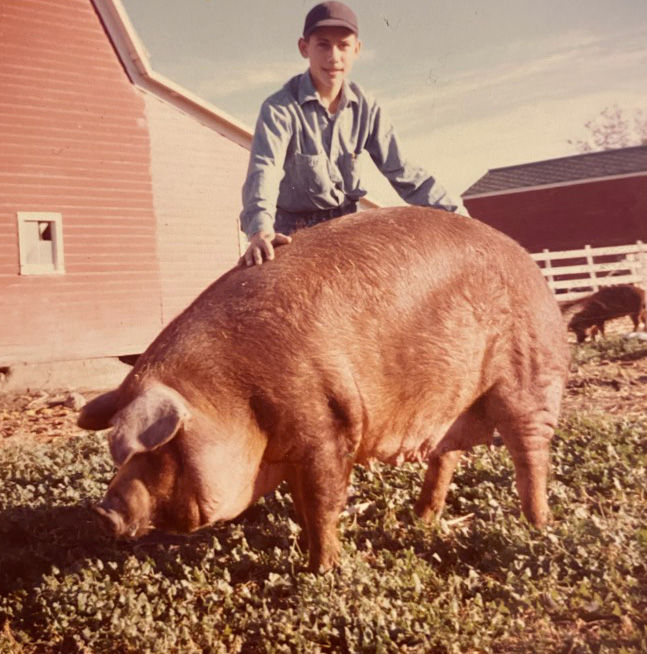 Kent Frerich’s passion for agricultural education and FFA stems from his experiences as an FFA member. He got involved showing purebred Durocs, excelled in meat judging and was named 1964 South Dakota State Star Farmer. In 1965 he was selected to serve as the South Dakota State FFA Vice President. In 1966 he was asked to represent the National FFA Organization as an International FFA Ambassador to Scotland, England and West Germany.

Faith in God. Love of family. Commitment to serve others. These are the principles the Frerichs family live by.

“We all share strong feelings about these principles and strive to live by them,” said Kent Frerichs, a third-generation Wilmot, South Dakota farmer and former agricultural education instructor, FFA adviser and state legislator.

Today, Kent and his wife, Faye, a registered nurse, help out on the farm as much as possible. Aaron, 41, and Jason, 34, work full time on the farm, raising spring wheat, corn, soybeans and a cow-calf herd. Ryan, 31, works full time off the farm, owns some cattle and spends days off helping his brothers. Miranda and her husband, Mark, live in Barnesville, Minnesota, along with their children, Noah, Nate, Nic and Ava. The couple is actively involved in their church, school and community. Miranda is completing a masters degree in counseling.

“We are proud of all our children,” Kent said. “We are proud our sons are farming. They have faced challenges, as everyone in South Dakota farming. Between what gets thrown at them from weather, prices as well as the impact of government actions, such as tariffs, but despite these challenges, they are putting their education and experience to good work and making it on the farm.”

Relying on each other’s strengths and interests – Aaron manages the crops, while Jason oversees the cattle – the brothers say making it on the family farm today takes optimism. It also requires seeking out marketing opportunities and ways to increase efficiencies.

“If you plan on a flood or drought, that is probably what you will get. You definitely have to have an upbeat and optimistic mentality, especially nowadays,” Aaron said.

Even after 2019’s challenging growing season, he pre-ordered inputs and is planning for 2020 planting to be on time. In addition to farming, Aaron also serves as the township supervisor.

Growing up, the family raised purebred Duroc hogs. Aaron developed his love for crops while custom spraying and driving tender truck for the local cooperative during high school and college.

“Agronomy was where my heart was,” he said. “I didn’t see myself working at a desk job. I liked the rural way of life. I liked the challenges that come with farming.”

So, after graduating from South Dakota State University with an agriculture business degree, he returned home to farm.

Aaron began renting farm ground from his dad and neighbors. To supplement his start-up expenses, he did custom farming and combining. The relationships he built through this work eventually led to him being able to expand his crop acres as retiring farmers asked him to lease their land.

It also helped that about the same time Aaron returned home to farm, Kent was asked to take over the recently vacated role of agricultural education instructor and FFA adviser at Wilmot.

“I feel fortunate I was able to teach again because most of my life was centered around agricultural education and FFA.”

Kent’s passion for agricultural education and FFA stems from his experiences as an FFA member. He got involved showing purebred Durocs, excelled in meat judging, and was named 1964 South Dakota State Star Farmer. In 1965 he was selected to serve as the South Dakota State FFA Vice President. In 1966 he was asked to represent the National FFA Organization as an International FFA Ambassador to Scotland, England and West Germany.

“FFA had such an impact on who I am and what I did,” Kent said. “Through FFA I found out winning wasn’t everything, it was what I learned in the process.”

The experiences he had through FFA also prepared him for service in the South Dakota Legislature. Following in the footsteps of his grandfather, Nels Christensen, Kent served as a legislator for District 1 from 1975-1989. Among his accomplishments, Kent is most proud of his work to pass a bill restricting non-U.S. residents from owning more than 160 acres of agriculture land. He is also proud of his work in 1976 to help start what has become the annual FFA legislative breakfast.

“This breakfast ensures FFA members get to meet legislators and legislators understand what the FFA and agricultural education is all about and the impact it has,” he said of the event, which continues to this day.

Like their dad, all the Frerichs siblings were actively involved in FFA. In 2017, the family was named FFA Family of the Year for their service to South Dakota FFA Association.

Echoing his dad’s comments, Jason says involvement in FFA and service as the 2004- 2005 State FFA Vice President prepared him well for his first career as an FFA adviser and teaching agriculture. At age 23, Jason was elected to serve in the South Dakota Legislature.

“There are so few farmers serving in the Legislature today. So, I wanted to be a voice for others who are in a similar situation as myself. I have had a unique career and fortunate background. If I can use the skills I have honed and talents I possess to be a voice for others, that is important to me,” said Jason, who currently serves on the United Soybean Board.

In 2018, after a decade of service in the South Dakota Legislature, Jason took a step back to focus on family and farming full time. He met his wife, Ashley, through FFA. Ashley grew up on a ranch in North Dakota. She also served as a state FFA officer. The couple married in 2015 and have a young daughter, Elizabeth.

“Becoming a dad impacts the decisions I make on our farm. I have always been under the impression that we are simply caretakers of the land. But now, preparing for the next generation is very real to me,” said Jason, who implements rotational grazing and other conservation practices.

Making more time for family is among many motivations for increasing efficiencies on the farm. Calving ease tops the list of genetics Jason seeks out for his and Ryan’s cow-calf herd.

“We want to make sure our heifers require as little work as possible,” Jason said.

Although Ryan works off the farm full time, his schedule has enough flexibility to help Aaron and Jason.

“Farming is in my blood. I would feel lost without working on the farm,” said Ryan, a plant technician for POET Biorefining in Big Stone City. He also operates a tree service.

Along with work and farming, Ryan also serves as a volunteer firefighter, first responder and serves on the Wilmot City Council.

“Our grandparents and parents were really good role models. It is nice to help our community in any way we can,” Ryan said.

In addition to his dad’s legislative service, his grandpa, Bert Ellington, also served in the Legislature, and his parents were 4-H leaders.

“When I stop and think about how blessed we are and the opportunities we have had and the benefits we have accrued because of others who have helped us, it feels like there is a need to serve others,” Kent said.