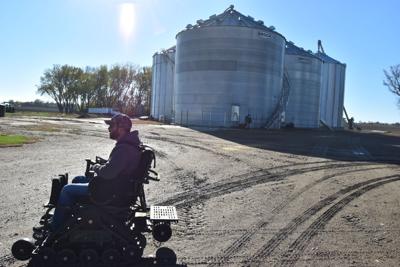 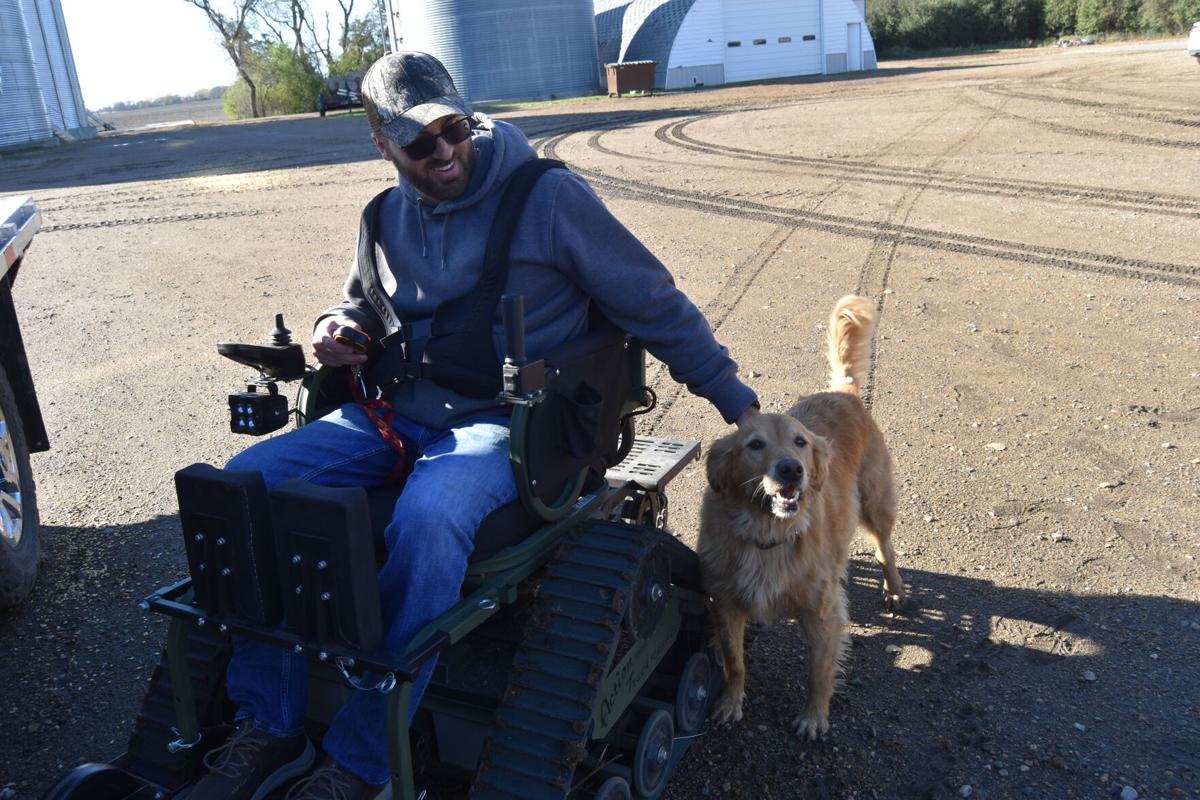 Justin Minnaert’s dog Sadie loves to ride in the combine with him during harvest. 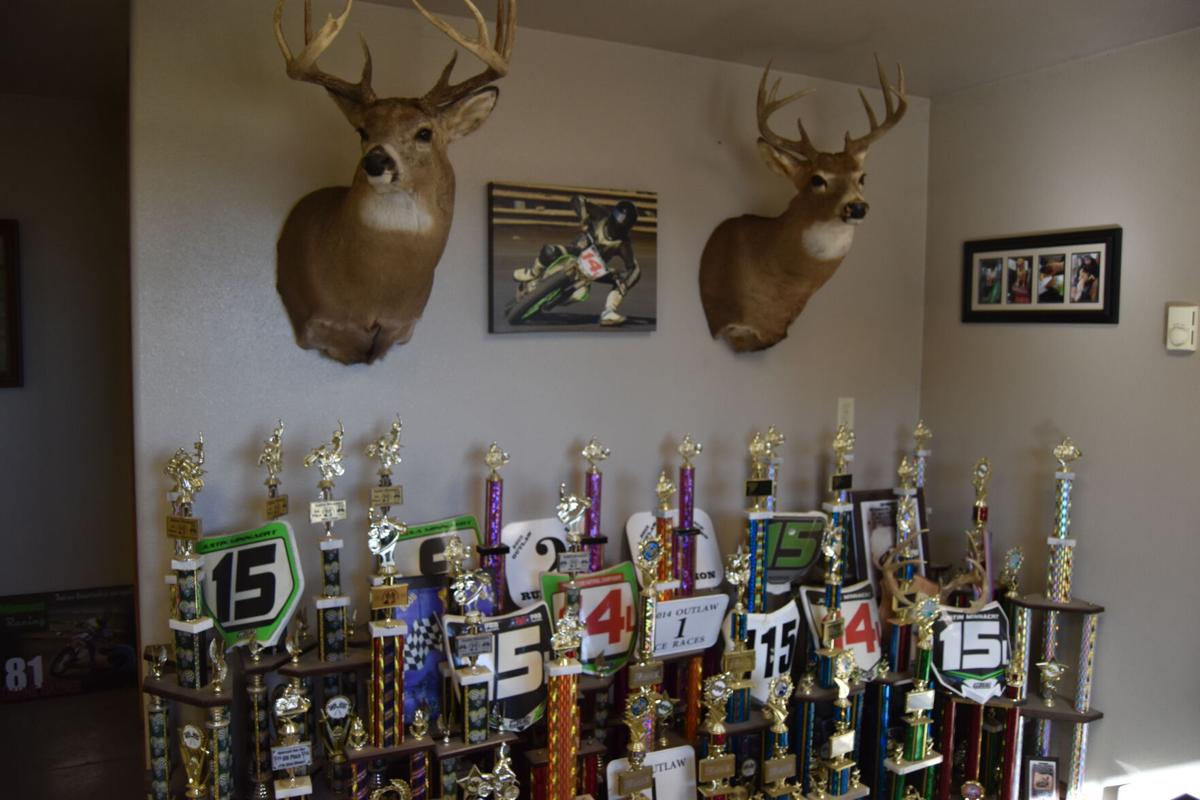 Dirt bike racing trophies adorn Justin Minnaert’s office. Minnaert was paralyzed in a dirt bike accident in July 2020. The photo in the center is of Minnaert racing. 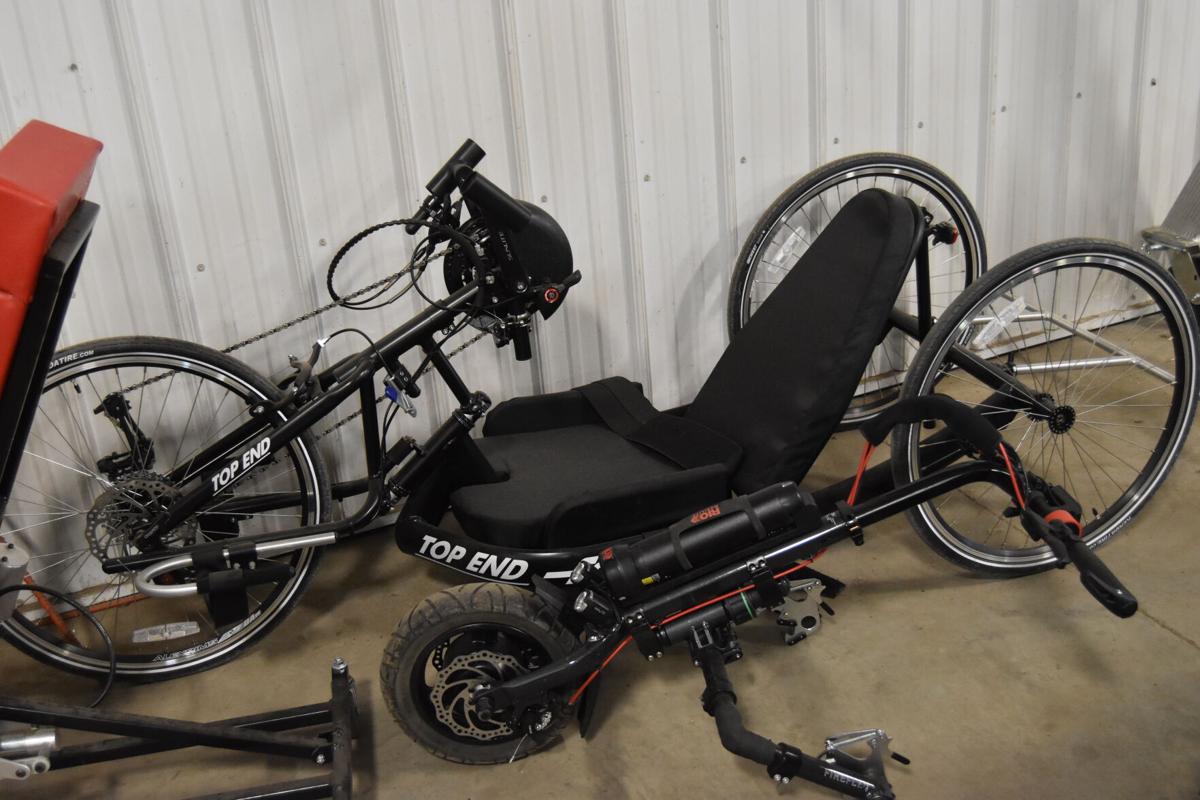 Justin Minnaert is still able to enjoy his favorite hobbies, such as cycling, with adaptive bikes such as the one seen here.

Quitting was never an option.

“It’s all I’ve ever wanted to do. I’ve been farming since my feet could reach the pedals on a tractor,” said Justin Minnaert, a third generation farmer from Chester, in southeastern South Dakota.

So when a dirt bike accident left Minnaert paralyzed in July 2020, he looked for ways to continue doing what was in his blood.

Justin Minnaert and his dad Kevin Minnaert were serving as rovers for a race. Rovers are responsible for going around the track making sure everything is clear and safe for the riders. Kevin said his son, “went up over a hill like he normally does, but when he came down there was a rut and he caught that.”

Justin Minnaert said he knew right away that he was paralyzed.

Following the accident, Justin Minnaert spent a total of 10 weeks at a rehab facility in Colorado. A farmer to the core, he was chomping at the bit to get back to life on the farm throughout his time at the rehab facility.

After the accident happened, Kevin Minnaert said that while he hoped his son would be able to continue farming with him, he left the choice up to him.

“We had a heart to heart talk. I asked him if he wanted to farm. I wasn’t going to force him one way or another.”

For Kevin Minnaert, having his son back has been a fulfillment of a dream the two of them have shared since he was a little boy.

“It’s wonderful,” he said. “It’s something we’ve planned since day one. He’s got the passion like I do. We had to change a little aspect, but we’re still going forward,” he said.

That passion was demonstrated throughout rehab where his primary goal was to get home in time to help with harvest.

Once his neurosurgeon cleared him, he didn’t waste any time.

While he missed the 2020 soybean harvest due to an early season, he managed to catch most of the corn harvest.

“They discharged me on a Wednesday and Thursday morning I was in the combine,” Minnaert said.

He picked up where his dad, and the neighbors who jumped in to help the family harvest, had left off the night before. Minnaert said he finished harvesting the remainder of the corn last year.

Considering the tight turnaround time between being discharged and climbing in the combine, Minnaert didn’t have time to purchase adaptive equipment to help him with the harvest equipment.

But that didn’t mean he didn’t have any.

Minnaert recalled the ingenuitive way he and his dad would get him into the combine: “It was a big chunk of scrap metal with a seat welded onto it,” he said with a chuckle.

They used a long chunk of metal, welded a seat to it and then put that on the pallet fork of the tractor. His dad would lift him to the combine can with the tractor.

This year, Minnaert has a state-of-the-art, remote controlled lift attached to his pickup bed.

While there are several places in the area that sell adaptive equipment, most of those provide only lifts meant for getting into standard vehicles.

With many harvesters averaging heights of nearly 13 feet, a standard lift wasn’t going to cut it.

Minnaert got in touch with Ryan Buck, a Minnesota farmer who was paralyzed several years ago. Buck directed him to Life Essentials, a custom adaptive equipment company in Indiana.

Buck had gotten a custom chair lift that reached the heights he needed to access his farm equipment. It turned out, that was just what Minnaert needed.

“Ryan said that made a world of difference for him,” Minnaert said.

So he took a 10 hour drive to the Hoosier state to bring one home for himself.

Now he can independently and safely transfer himself to and from the combine.

Sadie, his dog, likes to ride with him in the combine, so she’ll sit on his lap and be lifted up along with him.

There are a few unforeseen bonuses of having his chair lift on the farm. The lift has a maximum height of 12 feet and has the ability to stretch 12 feet out. With a 500-pound weight limit, Minnaert said they’ve used it as a sort of mini crane.

“We used it to pick up an electric motor to put on top of an auger and to replace a lightbulb in one of our sheds,” he said.

The chair lift isn’t the only adaptive equipment Minnaert uses.

Normally the staircase on a combine would have to be pushed by hand to get out of the way of something like a chair lift. However, through a connection he made with another paralyzed farmer on Twitter, he was able to outfit his combine with an electric actuator, so now he can swing the staircase out of the way and bring it back, all with the push of a button.

Once inside, operating the combine isn’t much different because it is all controlled by hand.

Back outside, the South Dakota soil can get muddy or snowy, creating difficulties for Minnaert’s regular wheelchair. But in true farmer fashion, Minnaert doesn’t let that slow him down. His Action Trackchair with all-terrain tires gets him from point A to point B no matter what the ground conditions are.

Minnaert said his automated adaptive equipment has given him more independence compared to his homemade rigging from last year.

“Sometimes I’d have to sit and wait for my dad to get back if he was taking a truck somewhere or moving something,” he said. “I could sit in the combine for half an hour before he’d get home.”

Now when he gets home, he can be out in under five minutes.

Since his chairlift is attached to his pickup, he still needs some assistance if something breaks down while he’s in the field. Because of that, he said his wife and his mom have learned a lot more about farming in the last year.

That has helped boost the family’s communication skills. When he breaks down, he usually knows what the problem is, but he has to be able to explain it step by step to his wife or mom, depending on who is available to come out and help.

“I kind of have to explain the whole process - what we’re looking for and what we need to search for - and then have them be able to do that, so they’re learning a lot about farming, too,” he said.

While the accident paralyzed Minnaert, he says it’s a whole new life for the entire family, one they are all still adjusting to.

“Life has kind of almost slowed down for us now because I just know that it’s going to take me X amount of time to do certain things and I just have to accept that,” Minnaert said. “There isn’t so much go, go, go.”

Harvest felt almost relaxed compared to what it has been in the past, he said. He is typically in the combine by 8 a.m. and they call it a day by about 9 p.m.

“We just don’t feel like we’re rushed and pushed but we’re still getting more done than we did before,” he said.

Despite a slower pace, harvest didn’t turned out as bountiful as the father and son hoped.

“We actually had better corn in 2012 when another drought hit,” Kevin Minnaert said.

This summer, the Minnaert farm only saw a total of a little over 6 inches of rain. The late rains helped the soybeans do alright, but by then, “the corn was done,” Kevin Minnaert said.

Whether it’s a paralyzing injury, bad yields due to drought or something else, the Minnaert family’s attitude is simply to press on.

Minnaert and his family joke that he’s semi-retired. But he’s still got plenty to do.

He continues to be heavily involved in ag, including presently serving on the board of South Dakota Corn.

He’s been assigned a few other tasks as well.

Minnaert gestured to his chairlift: “I got told I get to hang the Christmas lights on the house now.”

Inspired by practical advice she got when she first got married, Paula Vogelgesang created PennyWise, the eight-page tabloid-size newspaper Vogelgesang has been publishing out of her Jackson County, South Dakota, farmhouse since March 1993.

FBN announced a major new investment and partnership with ADM. FBN co-founder Charles Baron talked about what it means for their business.

One word summarized every speaker at the South Dakota Women in Agriculture annual conference: Agvocate.

Justin Minnaert’s dog Sadie loves to ride in the combine with him during harvest.

Dirt bike racing trophies adorn Justin Minnaert’s office. Minnaert was paralyzed in a dirt bike accident in July 2020. The photo in the center is of Minnaert racing. 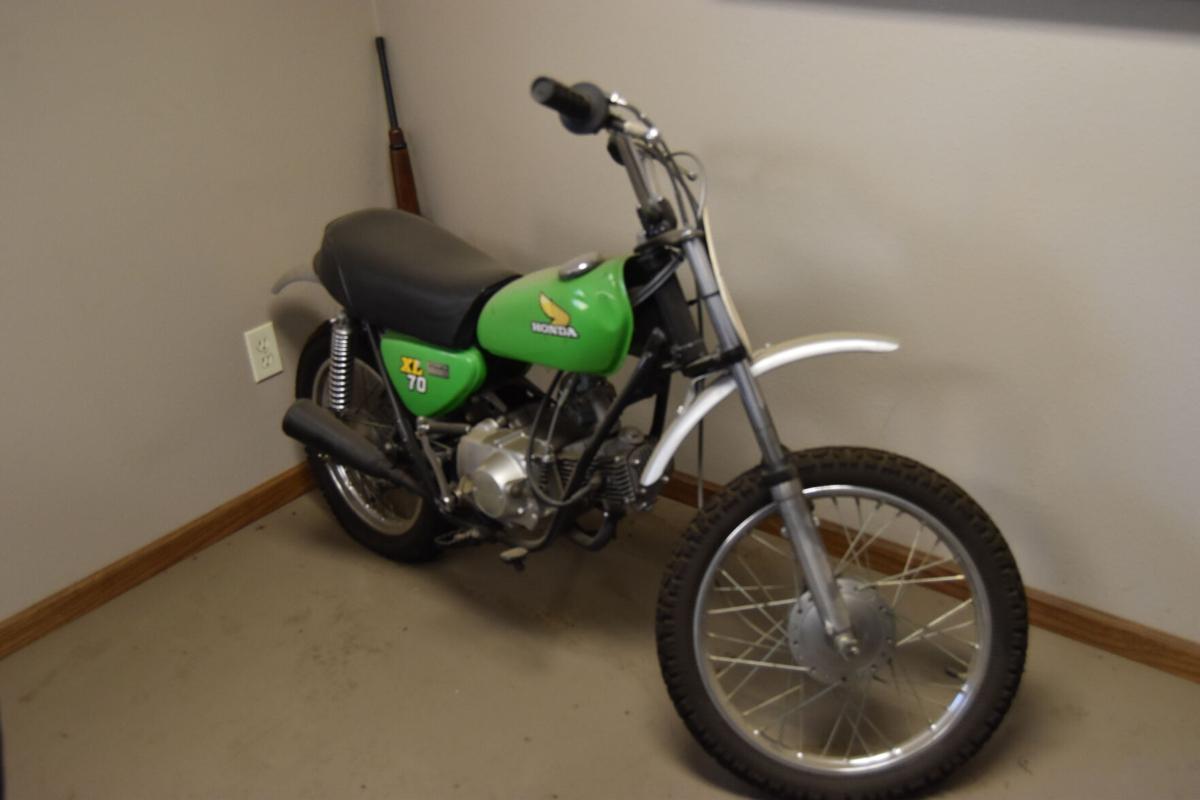 A dirt bike stands in the corner of Justin Minnaert’s office. Minnaert was paralyzed in a dirt bike accident in July 2020. He says he still enjoys the sport and would consider getting an adaptive bike that would allow him to race again.

Justin Minnaert is still able to enjoy his favorite hobbies, such as cycling, with adaptive bikes such as the one seen here. 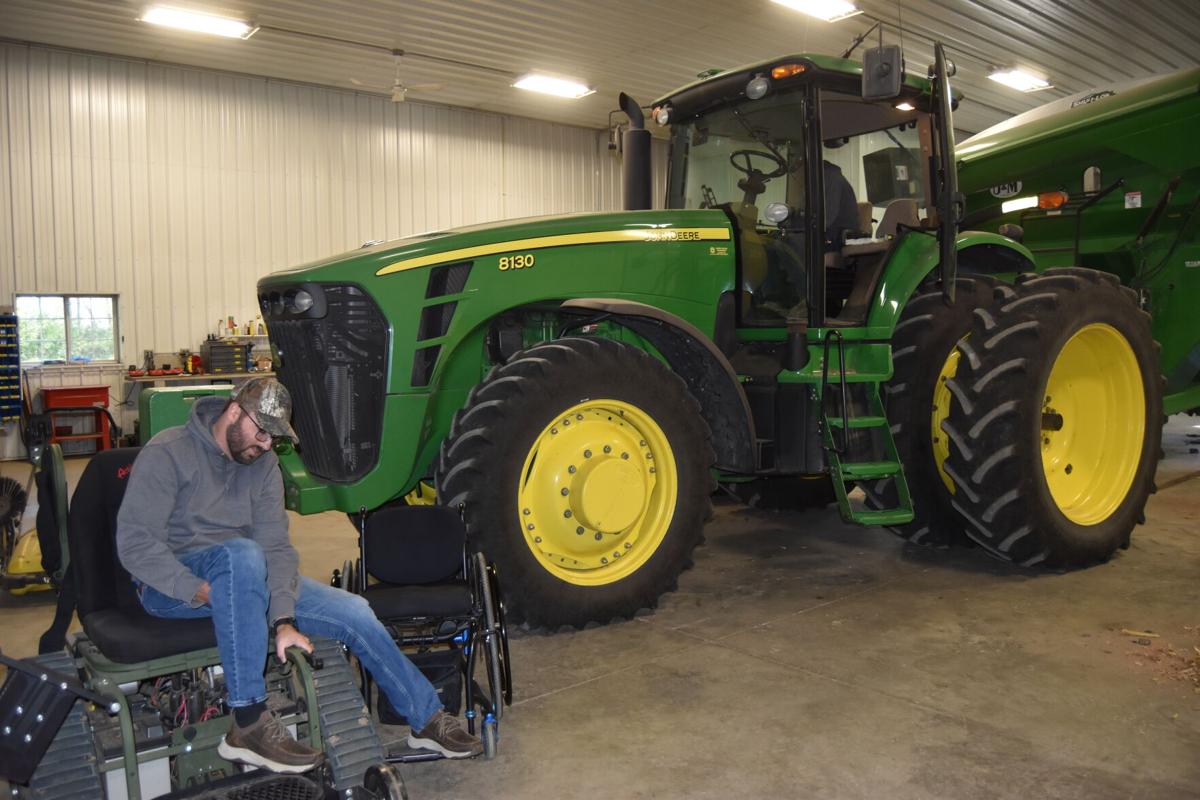 Justin Minnaert transfers from his standard wheelchair to his Action Trackchair that has all-terrain wheels for navigating difficult ground conditions like mud and snow. 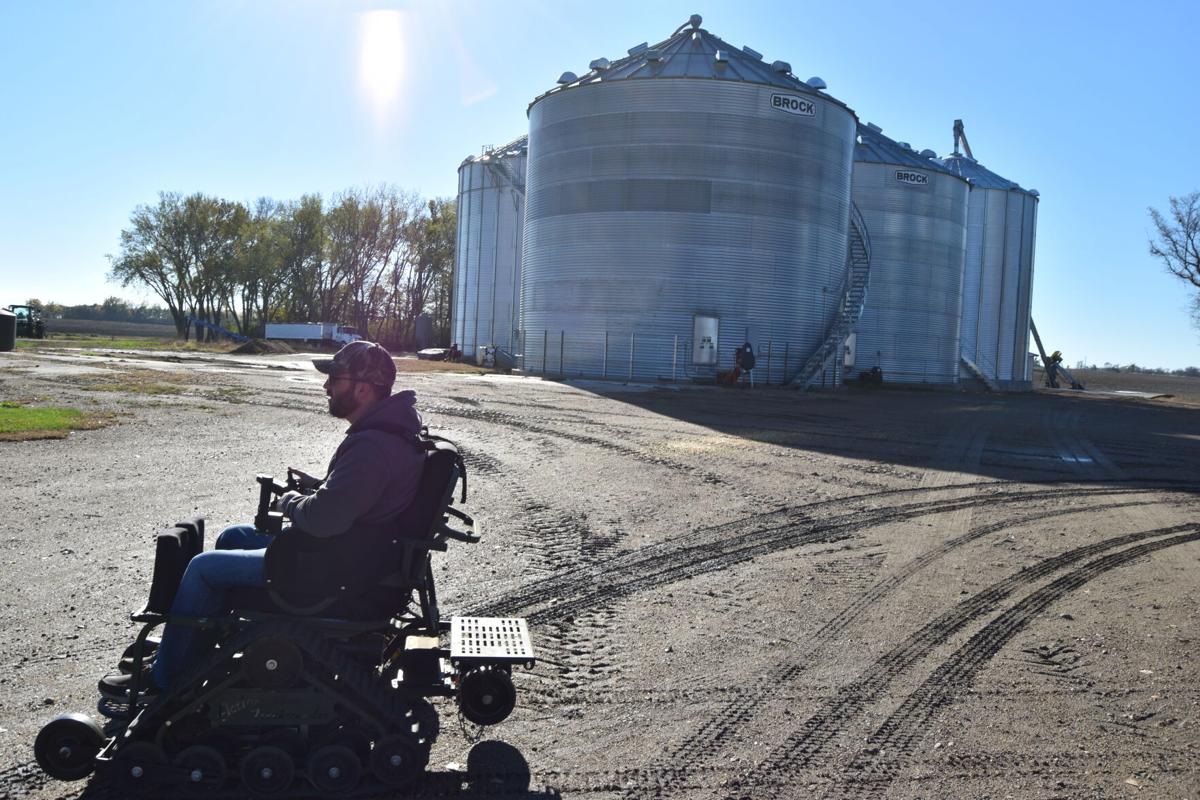 An Action Trackchair with all-terrain wheels allows Justin Minnaert to easily traverse his farm near Chester, S.D., no matter the ground conditions. 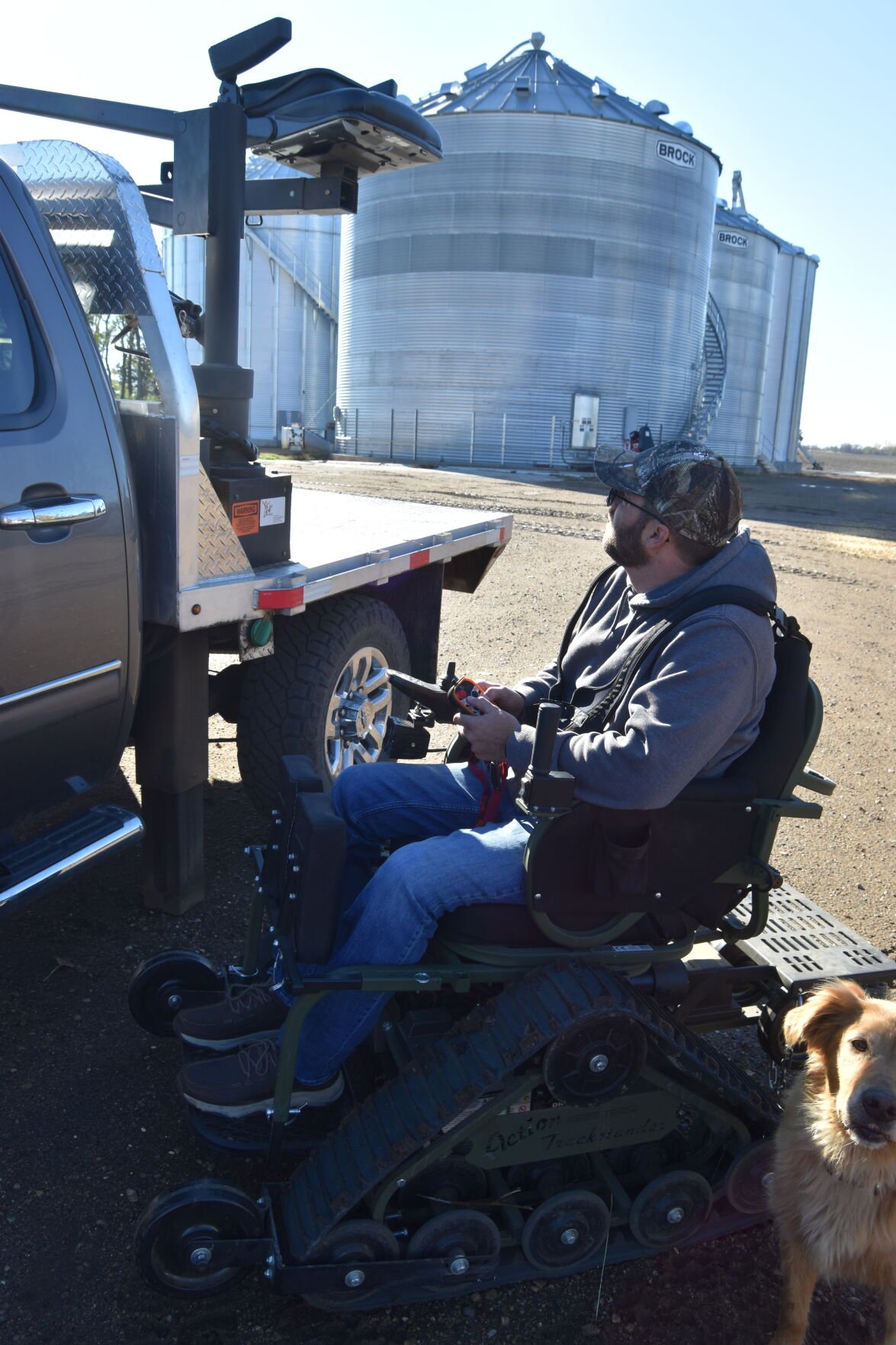 Justin Minnaert demonstrates his custom chair lift that allows him to transfer to the driver’s seat of his tractor and combine. The lift reaches 12 feet high and 12 feet out.