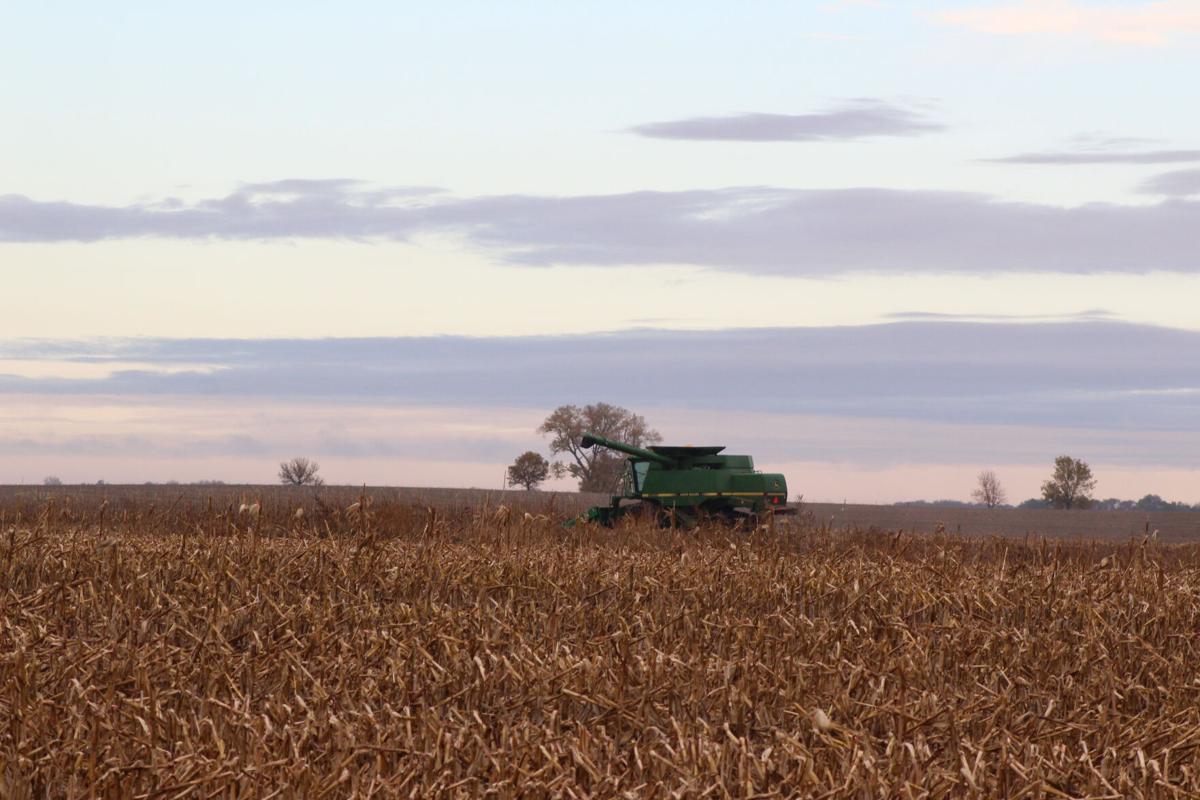 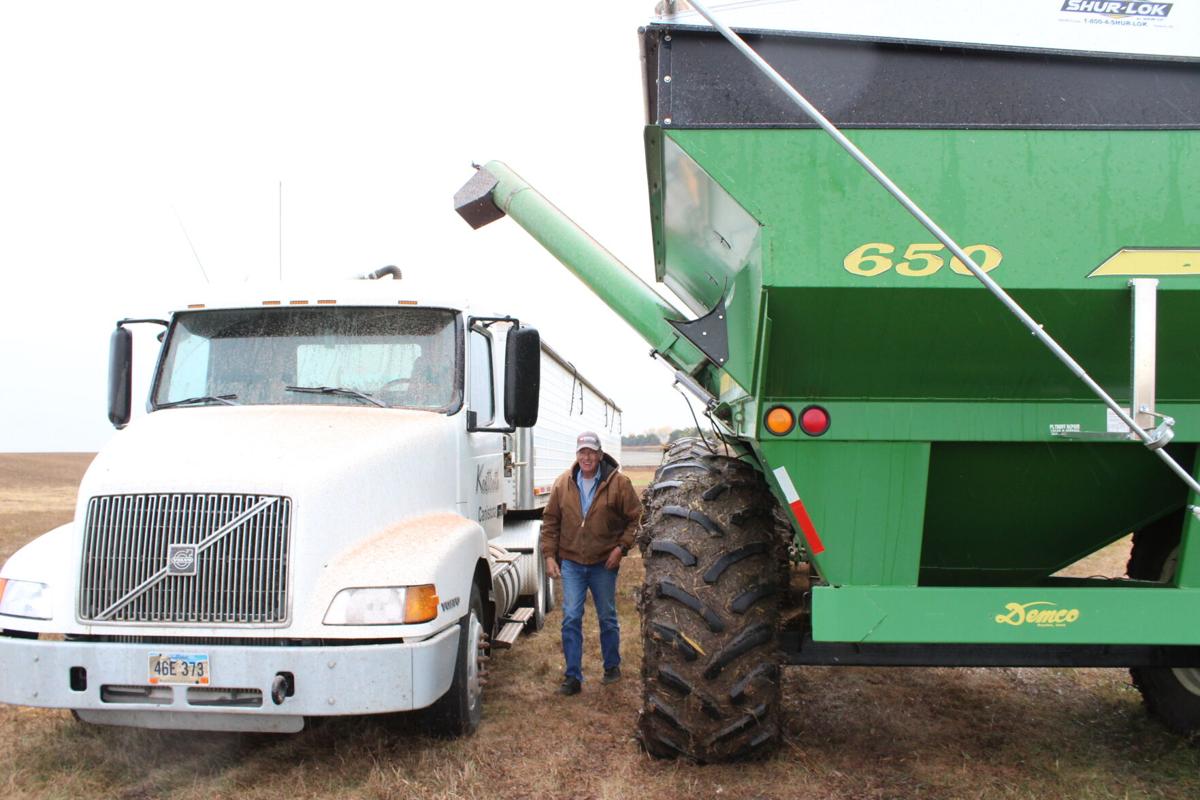 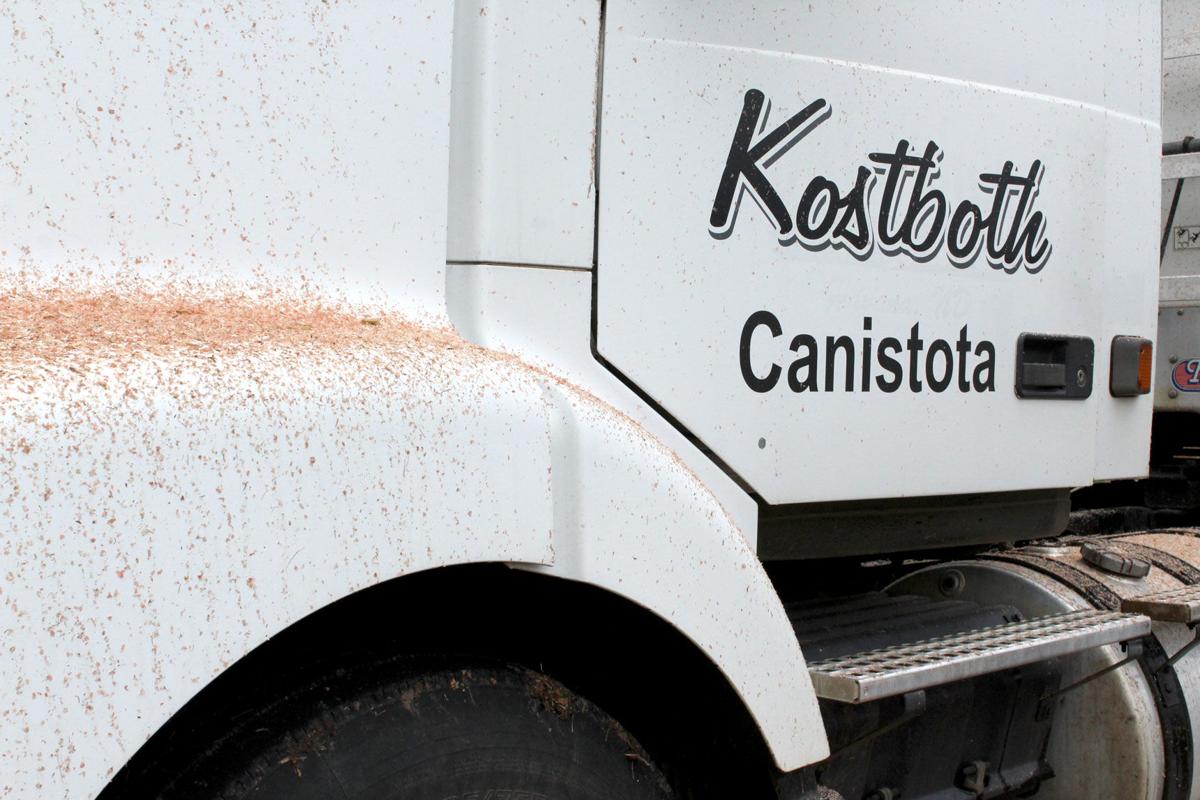 Kevin Kostboth donated use of his truck to load the grain. They used Hoffman’s equipment in the field.

“It’s a good lesson: you better keep that cell phone with you at all times.”

That’s the advice of Richard Hoffman who suffered a 25-foot fall and spent a cold night in a grain bin this week. The 66-year-old farmer is lucky to be alive, and he says safety should be top of mind around old grain bins.

“I’ve been doing this a long time and I didn’t think this was any big deal, but I do now,” he said on the phone from his bed at Avera McKennan Hospital in Sioux Falls Thursday afternoon, Oct. 21.

It was Monday, Oct. 18 when Hoffman was preparing to fill a grain bin in his yard near Canistota, South Dakota. He had just put the slides in the bin doors from the inside and tossed his hammer out, ready to exit. That’s when he slipped on the ladder and fell back into the bin, landing on his lower back.

He broke his L4 vertebrae, his left elbow, right ankle and hurt his right knee. Doctors said he was lucky he wasn’t paralyzed, or worse.

Unable to stand, he realized he left his cell phone on the kitchen table. Hoffman lives alone and farms alone, so his next hope for help was flagging down a neighbor as they headed to the field at 10 the next morning.

He spent a little over 20 hours on the floor that bin, through the night. Because Monday’s weather was so nice, with highs near 80 degrees, he was wearing only a T-shirt and heavy shirt over it. It made for a cold night, he said.

Neighbors did come to Hoffman’s rescue. He managed to get one slide out and lean out of grain bin door. The neighbors, a husband and wife on their way to harvest, stopped when they noticed two loads of corn were sitting in his driveway unmoved from the day before. They called an ambulance, and volunteers from Canistota and Salem were on the scene within five minutes, Hoffman said.

As Hoffman got help in Sioux Falls, more neighbors were already starting to help out. Jeff Niedert and Kevin Kostboth took it upon themselves to finish brining in the corn from Hoffman’s fields.

“Nobody said anything to them. They just pulled in and went to work,” Hoffman said. “God bless them.”

Niedert and Kostboth work together to plant, harvest and put up hay. They were done harvesting their own acres, and made quick work of Hoffman’s final field. Interrupted by rain, they finished cutting the final rows on a soggy morning Oct. 22.

With Hoffman unsure how long he’ll be in the hospital and knowing how difficult it will be to get around as he recovers, the neighbors were a huge help.

They were happy to do it.

“If it happened to me, he would be out here doing the same thing for me,” Niedert added.

"Big increases in market prices and sales values have been the No. 1 driving force behind strong income in 2021.”

Inspired by practical advice she got when she first got married, Paula Vogelgesang created PennyWise, the eight-page tabloid-size newspaper Vogelgesang has been publishing out of her Jackson County, South Dakota, farmhouse since March 1993.

FBN announced a major new investment and partnership with ADM. FBN co-founder Charles Baron talked about what it means for their business. 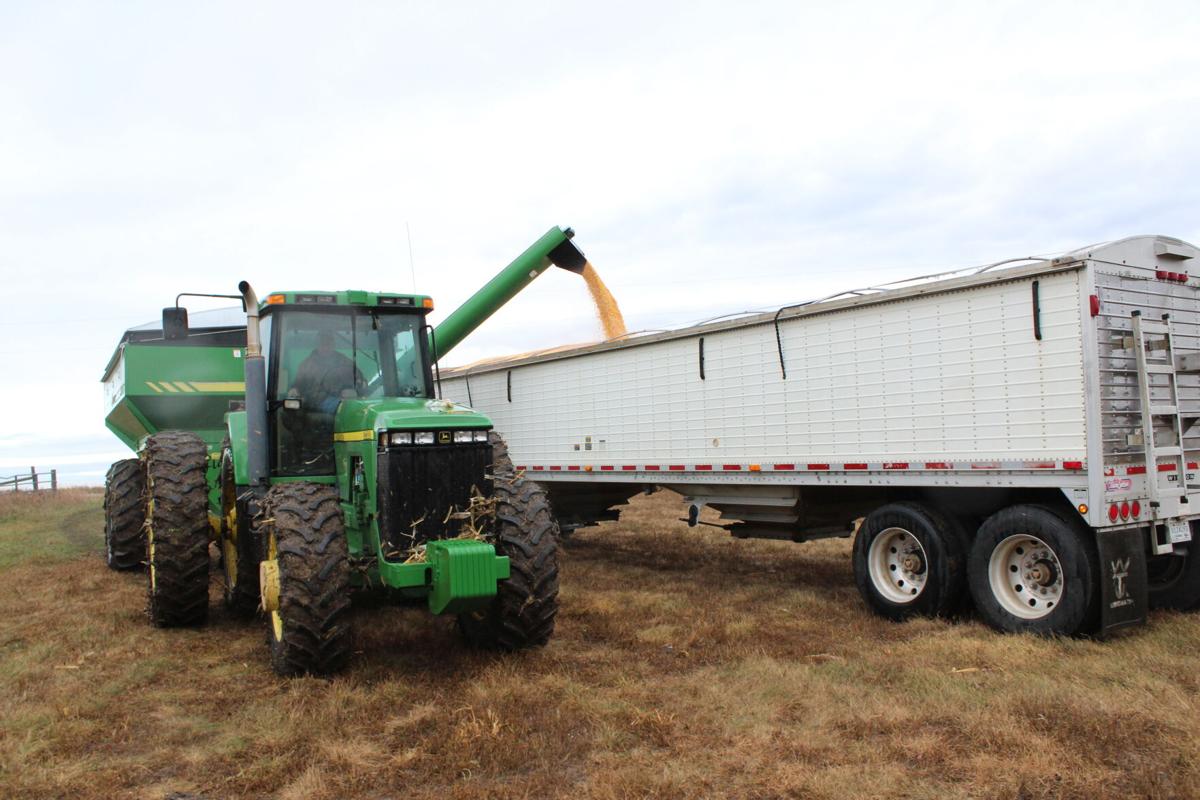 Jeff Niedert and his dog Oscar unload the grain cart, bringing in the final load from Richard Hoffman’s field. Neighbors pitched in to finish harvest after Hoffman was hurt in a grain bin accident. 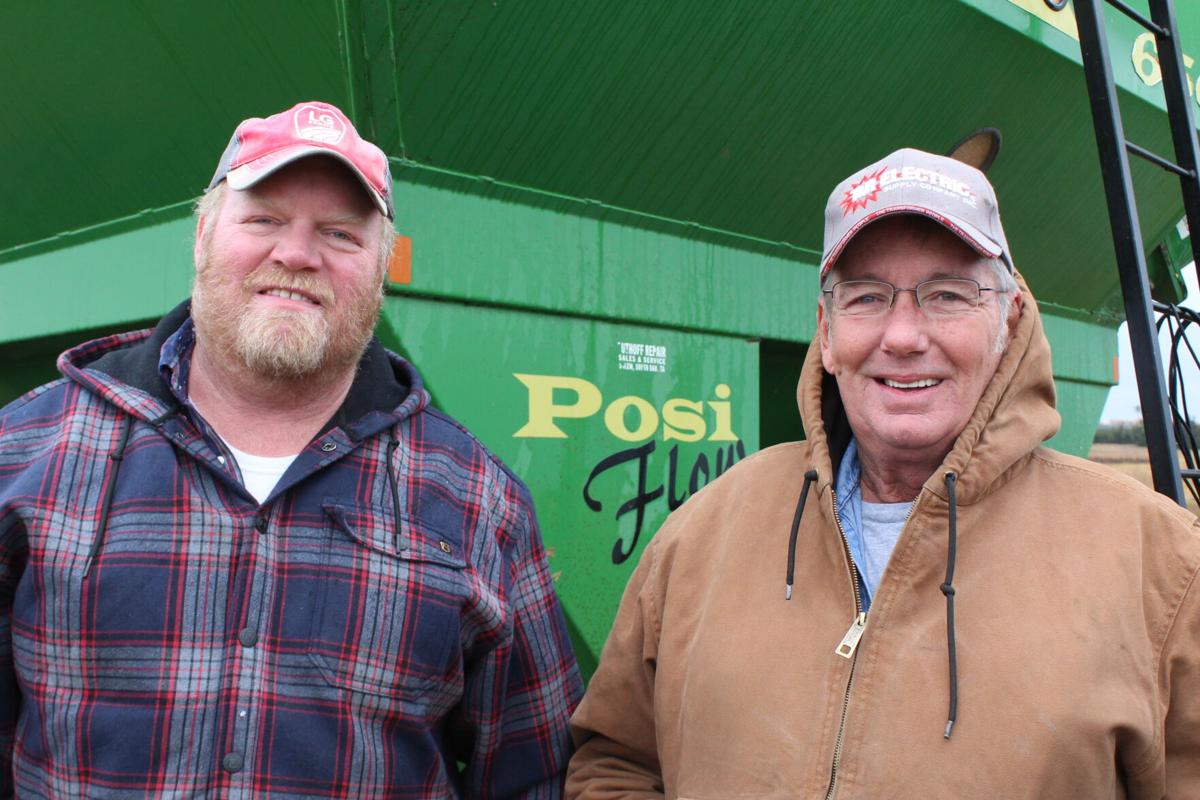 Neighbors Kevin Kostboth and Jeff Niedert finished bringing in Hoffman’s corn crop while he was in the hospital.

Kevin Kostboth donated use of his truck to load the grain. They used Hoffman’s equipment in the field.