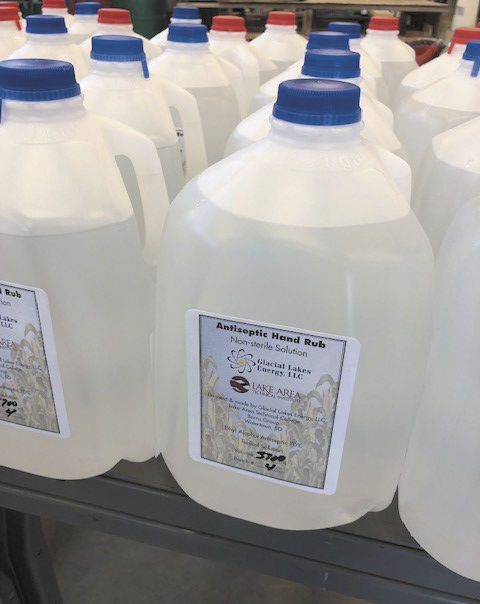 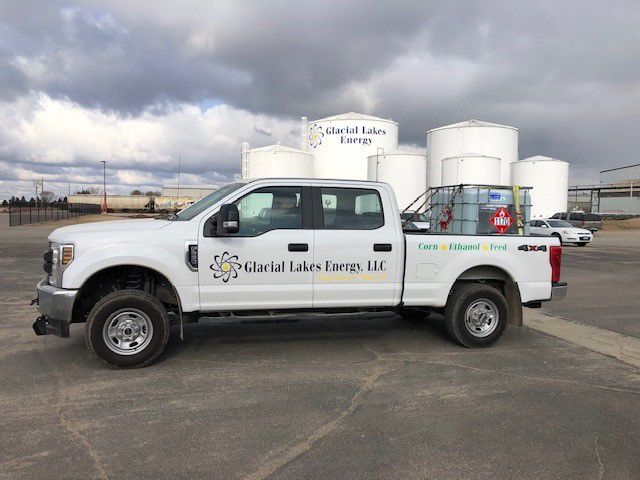 Positive news is in as short supply as hand sanitizer over the first four months of 2020. However, ethanol plants are hoping to provide a much-needed morale boost to those in the Midwest as many either shift production and donate ethanol toward the production of coveted medical supplies.

While dozens of ethanol plants idle production or close entirely over a decimated oil market, many remain online to satisfy various demands ranging from ethanol for fuel to wet distillers grain for cattle producers. Some, however, have begun donating ethanol toward medical supplies – specifically hand sanitizer.

The partnership, which Glacial Lakes spokeswoman Marcy Kohl, said was a perfect match for the ethanol-producer, began after they realized they had an outlet for hand sanitizer production.

“We definitely felt the need to help locally and statewide,” Kohl said.

Hand sanitizer is an alcohol-based solution as is ethanol that is used for fuel. Because ethanol producers also have the connections with chemical companies to provide the other ingredients for making hand sanitizer, Kohl said partnering with Lake Area Tech allowed them to donate toward a great cause and help make a difference.

While unsure how long they can continue donating materials, Kohl said it’s about helping where they can.

As markets continue to shift and states begin talks of reopening from strict social distancing measures, the ethanol market is poised to see much-needed relief in the coming months. However, ethanol is tied to the traditional oil market, which is also facing a crisis overseas as Russia and OPEC – or the Organization of the Petroleum Exporting Countries – continue to fight over oil production.

Russia has refused to abide by OPEC’s demand to reduce oil production during the coronavirus pandemic. Because of this, a price war was triggered that sent oil supplies skyrocketing with demand plummeting due to a depressed market for travel. Now, with oil futures dipping into negative figures, oil supplies are maxed out, with or without the coronavirus.

Jim Seurer, the CEO of Glacial Lakes Energy, said that nobody expected either the coronavirus or the lack of a response in the 2020 oil price war.

“We were all caught a bit off guard,” he said.

While Glacial Lakes Energy has kept its two plants in Mina and Watertown, South Dakota online throughout the struggles, Seurer said their long-standing protections and contracts won’t cover the dip that ethanol has taken. That’s especially because ethanol was struggling over the last 18 months, to begin with, Seurer said.

“We were in tough times coming into this and this just made matters worse,” he said.

Before the Saudi/Russian price war and coronavirus travel restrictions, ethanol was hit with another crisis as the U.S. gave small refinery waivers to an increasing number of traditional oil refineries.

“We’re still troubled by the fact that over the last two years that there was a significant jump in these waivers,” Seurer said. “This is basically the making of a perfect storm. When there are issues out there harming the industry and something like this coming along it’s like the bottom dropping out.”

As a small win, Seurer said, courts reversed some of the waivers granted and it is looking like many of the reversals will hold.

As many ethanol plants look at shutting down or refocusing, Seurer said he wants people to understand that hand sanitizer, while it serves a greater need during the pandemic, is not a solution for a majority of ethanol plants.

“This industry was built to replace the fossil fuels that are harmful to the environment,” he said. “To think there is a solution in hand sanitizer is woefully missing the mark. I think I speak for the entire industry, most of us are donating this stuff. We’re doing it because it’s the right thing to do.”

He said that the ethanol they produce has helped clean up the air, reduce carbon emissions, and even acts as a pillar for the nation’s food source with wet distillers grain being a large part of cattle diets.

As Glacial Lakes has slowed down production, the company has maintained its commitment to the area as by continuing to produce wet distillers grain for cattle producers. However, the big question is becoming how to minimize loss.

“At this point, we’re projecting to lose more money operating than just to shut down and sit down,” Seurer said.

Kelly Nieuwenhuis, a Primghar, Iowa farmer, and Siouxland Energy Cooperative board president, said that the Siouxland Energy has shifted part of its Sioux Center, Iowa plant over to hand sanitizer production simply as a way to keep going.

“It’s an opportunity but we don’t know how long it will last,” Nieuwenhuis said.

While Glacial Lakes supplied the products needed for hand sanitizer, Siouxland Energy received a special waiver issued during the coronavirus pandemic for the plant to ignore typical regulations that would stop them from producing the sanitizer.

While most hand sanitizer is rated for commercial use, the sanitizer Siouxland Energy creates will be shipped specifically for industrial use because it is made from a higher-proof of alcohol.

“It’s not going to be sanitizer you put in a bottle,” he said.

Echoing what Seurer said, Nieuwenhuis said he doesn’t believe hand sanitizer to be a viable replacement for ethanol as much as just trying different things during what he called “dire straits” for the industry.

As the coronavirus runs its course and states begin opening businesses, Seurer said he hopes people have a renewed interest in some of the value ethanol plants have for the area. He said pushing for E30 blends – made of 30% ethanol and 70% petroleum-based fuel – would go a long way to bettering the industry.

“The residents here in Watertown have been burning E30 for the last four years and have had no issues or difference in performance,” he said. “We’ve got a good solid record here with E30 and I’d hope at some point the EPA would give us the credit we deserve for our product.”

Poet, the largest ethanol producer in the U.S. headquartered in Sioux Falls, South Dakota, recently began its plant shutdowns by idling production at Ashton and Coon Rapids, Iowa, as well as its plant in Chancellor, South Dakota. However, the company produced a shipment of hand sanitizer for various South Dakota medical facilities from the Chancellor plant in mid-April.

If plant shutdowns continue, U.S. corn producers are looking at losing an outlet for roughly half of the nearly 6 billion bushels of corn that is used to make ethanol each year.