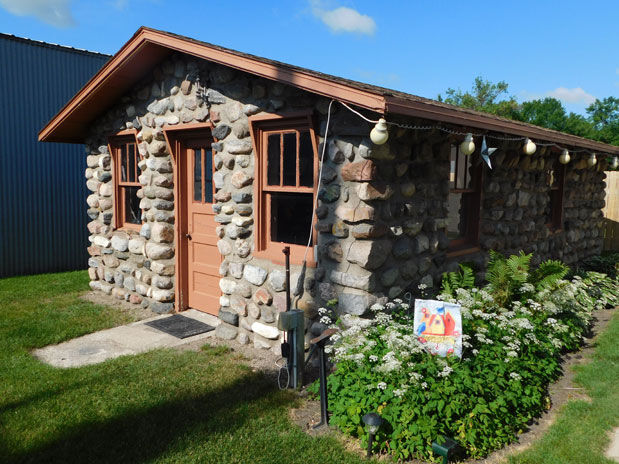 Today, this rock building in Webster, S.D., serves as a workshop, and in the 1950s and 60s, it was a shoe repair shop run by Woodrow “Woody” Olson. 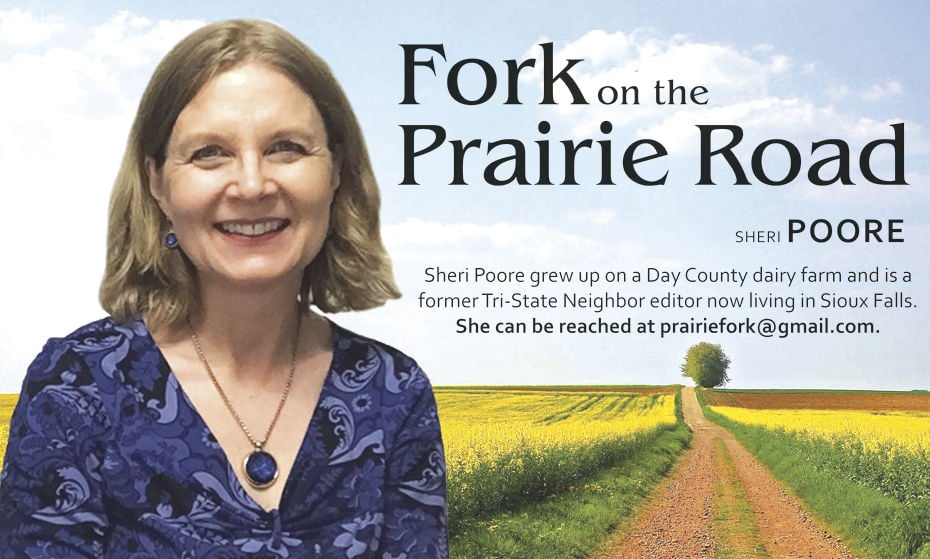 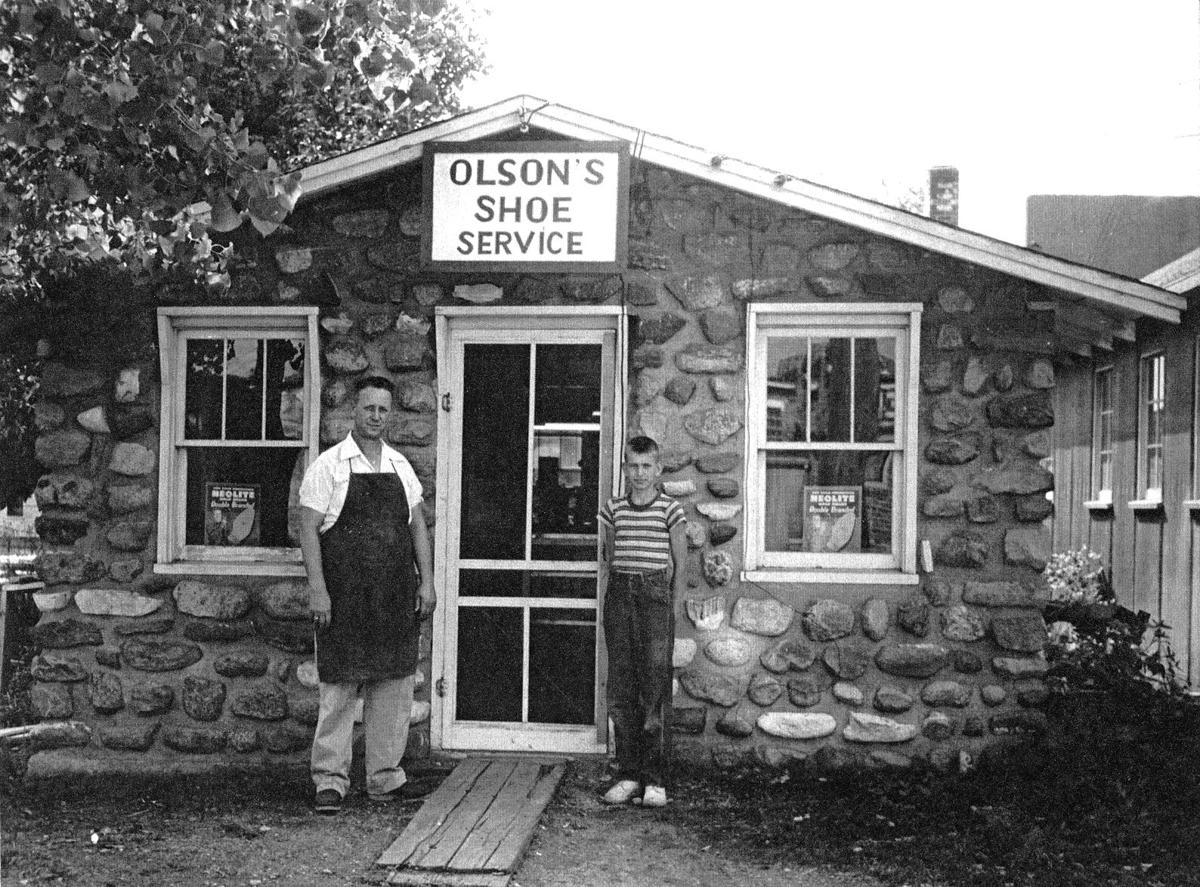 Woodrow Olson with a shoe-shine boy, circa early 1960s. The young man is not identified, but Olson’s son Everett thinks his name was George Bates.

It is funny that I should be so fascinated with stone buildings, considering that my family had the Sisyphean chore of picking rocks out of the fields every spring.

Maybe I like the idea of rocks being cemented in place. Maybe as I have grown older, I have learned to appreciate their beauty.

Drive into the alleyway, step out of your vehicle and peek behind the fence to admire what many townspeople remember as the shoe repair business run by Woodrow “Woody” Olson in the 1950s and 1960s.

“Dad repaired shoes out of the store, but I do not believe he sold shoes from it at that point,” says Woodrow’s son, David Olson of International Falls, Minnesota.

David shared some memories conveyed by his older brother Everett, who helped their father when the shoe repair business was in full swing.

“The only time I ever heard Dad swear was when one of the farmers brought his work boots in not cleaned and maybe fresh from the barn,” Everett writes. “He said: ‘I’ve told you not to bring your boots in without cleaning them and [expletive] I mean it’ and sent him packing.

“He brought them back in a couple of days – clean.”

Everett recalls witnessing, as a lad, an altercation outside the nearby liquor store’s back door.

“There was a domestic dispute and the woman pulled out a .38 revolver and was chasing her significant other down the alley after some imbibement,” he writes. “I told Dad and he made me get down behind the counter. I can’t remember if he yelled at them and told them he was calling the cops or went around the corner and got (an officer) to handle it – I was behind the counter!”

Everett also remembers shining shoes for a customer who wore size 17: “I asked Dad if I could charge him more … absolutely not!”

While you are looking at the cottage-like structure, you might be fortunate enough to chat with the current owner, Josh Bartos, who uses it as a workshop behind the apartment building which he also owns. Though it has no running water, the little stone building was also used as an apartment in the past, Bartos says.

His brick apartment building is a story in itself; Bartos says it was once a bank, built more than a century ago. The entryway to his main-floor home was formerly the bank’s vault.

This is the last in a series of photos I took of fieldstone structures in Day County while quarantining with my parents this spring. If you know about other stone buildings in the TSN readership area, I would like to hear from you. Send photos and details to prairiefork@gmail.com.