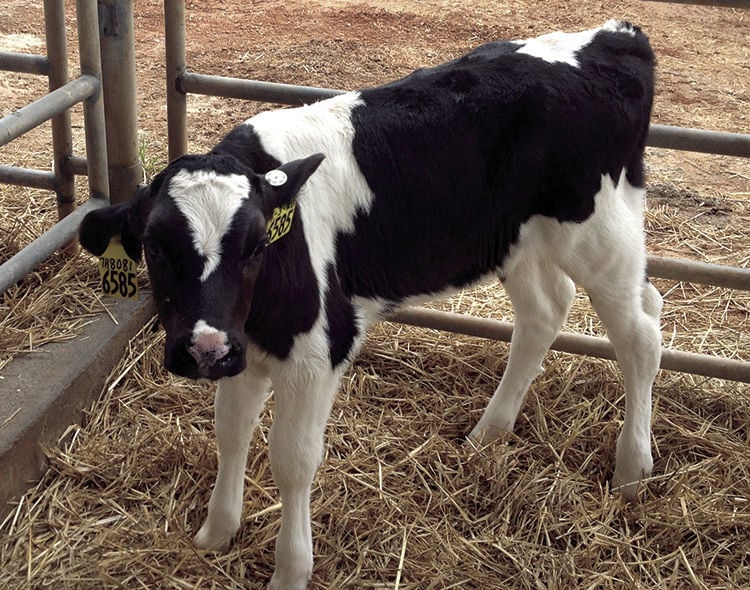 A droopy ear is a classic symptom of otitis, a mycoplasma bovis-associated syndrome. 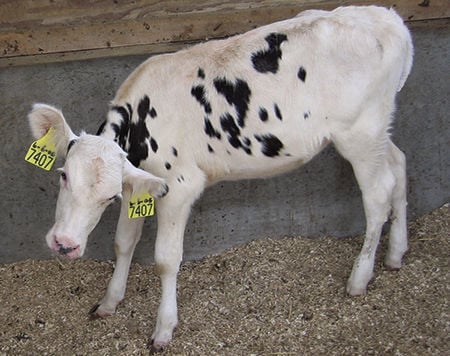 Mycoplasma bovis is an emerging cause of disease in dairy calves. Though it’s been around since the 1960s, cases of mycoplasma-associated diseases seem to be increasing. Once thought to be a relatively rare problem connected only with large herds, it’s now identified on farms of all sizes. Of the many types of mycoplasma associated with disease in cattle, mycoplasma bovis is by far the most common. It’s routinely linked with disease in dairy calves.

There are several disease syndromes caused by the bacteria. Be aware of three mycoplasma bovis-associated diseases.

Pneumonia — In most herds pneumonia is the most frequent and economically important disease associated with mycoplasma in dairy calves. Clinical signs include nasal discharge, dry cough, rectal temperature greater than 103 degrees Fahrenheit, difficulty breathing and decreased appetite. Risk factors for pneumonia before weaning include failure of passive transfer of immunoglobulin G antibodies to the calf through colostrum, prolonged exposure to adult cattle and poor ventilation.

The bacteria is difficult to treat with antibiotics, leading to treatment failures or chronic cases of pneumonia. A case is chronic when a calf has received one or more treatments and either doesn’t improve or seems to improve only to relapse five to seven days later.

Otitis — Inflammation of the ear canal, or otitis, is another syndrome associated with mycoplasma in calves. Clinical signs include droopy ears and head tilt. Occasionally a thick yellow-to-white pus will be seen inside the ear. Sometimes the ear canal will rupture and the thick discharge will drain out. The bacteria likely enters the ear canal through the bloodstream — though that remains uncertain. In any case, once present the bacteria can damage important nerves and cause observable signs, including droopy ears and head tilt. The presence of those symptoms along with pneumonia should raise immediate suspicion of a potential mycoplasma problem in the herd.

Arthritis — When the bacteria enters the bloodstream and spreads to the joints, the joints become enlarged and often fill with fluid. Frequently multiple joints are involved; that can lead to lameness that is non-responsive to antibiotic treatment. Calves will also experience pain when joints are palpated or if their legs are moved. Suspect mycoplasma when multiple calves in a dairy herd are present with swollen joints not associated with umbilical disease.

The big questions on most farms regarding the bacteria are usually, “Where did the mycoplasma come from?” and “How do I get rid of it?” It’s long been known mycoplasma is a cause of mastitis. Therefore a general assumption has been that the bacteria entered calves via contaminated milk or colostrum. But in some dairies mycoplasma can be found in calves with no history of mycoplasma–associated mastitis in the milking herd.

The bacteria is also found in the upper respiratory tract of normal calves and cows. Many of those animals can maintain long-standing infections without clinical signs, thus enabling bacteria to pass from animal to animal without detection.

The percentage of cattle that sub-clinically carry mycoplasma is unknown. But the number of carriers is almost certainly greater on farms with mycoplasma mastitis and on farms that feed contaminated whole milk to calves. Most researchers think mycoplasma could spread through the bloodstream from the udder to the lungs and vice-versa. That means both nasal secretions and contaminated milk are primary sources of infection in most herds.

Although mycoplasma live primarily inside the cow, they can survive in the environment surprisingly well. It’s been shown they can live as long as two months on sponges and in milk. They can live more than two weeks in water and about 20 days in straw. The bacteria frequently can be grown from standing water on dairies, with positive bulk-tank cultures of mycoplasma in the milking cows. Cool humid conditions are favored by mycoplasma. They die fairly quickly when exposed to direct sunlight and are killed by most commonly used disinfectants.

When Paxton Dahmer was going through the long process of seeking a spot on the national FFA officer team, one of the assignments was to create…

The soybean market has been kind of volatile lately, but prices for old crop beans have still been averaging slightly over $13 per bushel, and…

The West isn’t just a direction

After three fun days exploring Yellowstone and West Yellowstone on our recent winter vacation, we moved on to Cody, Wyoming.

South Dakota electric cooperatives at a cross roads over contract

Calving season in full swing for Svenningsen in mid-February

LAVERNE, N.D. – A typical calving day usually averages out to 4-6 new calves per day for Jordan Svenningsen, but Presidents’ Day (Feb. 15) was…

A droopy ear is a classic symptom of otitis, a mycoplasma bovis-associated syndrome. 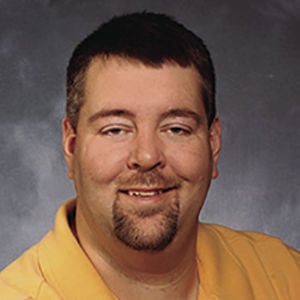