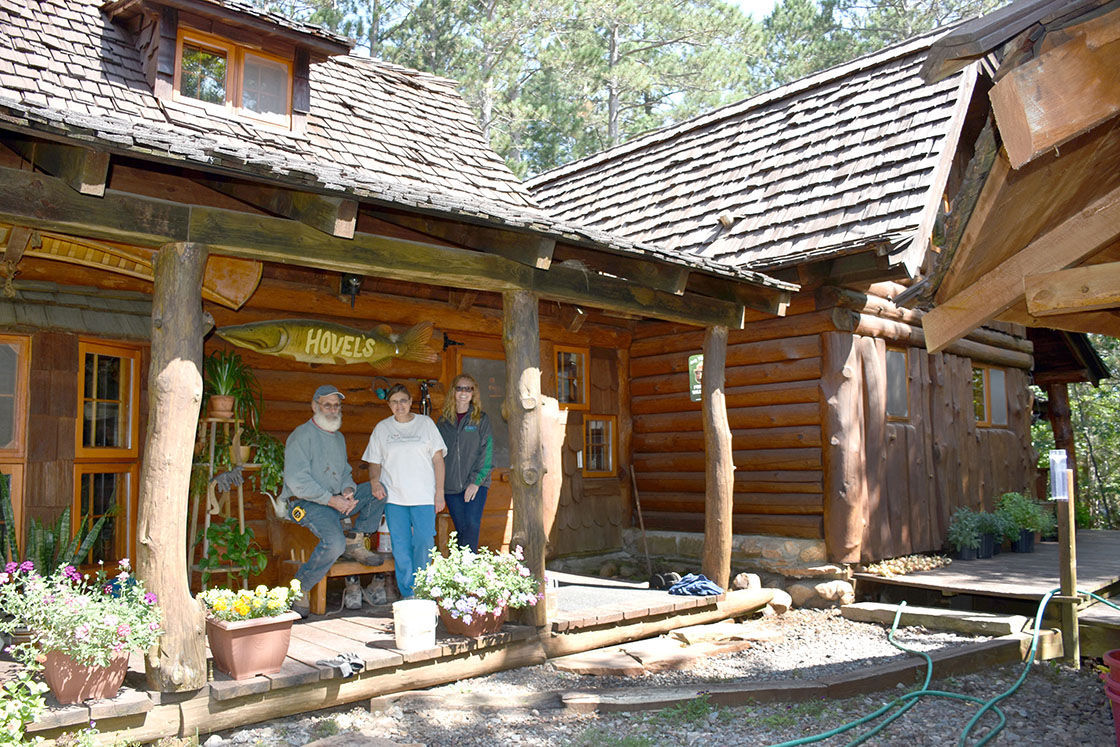 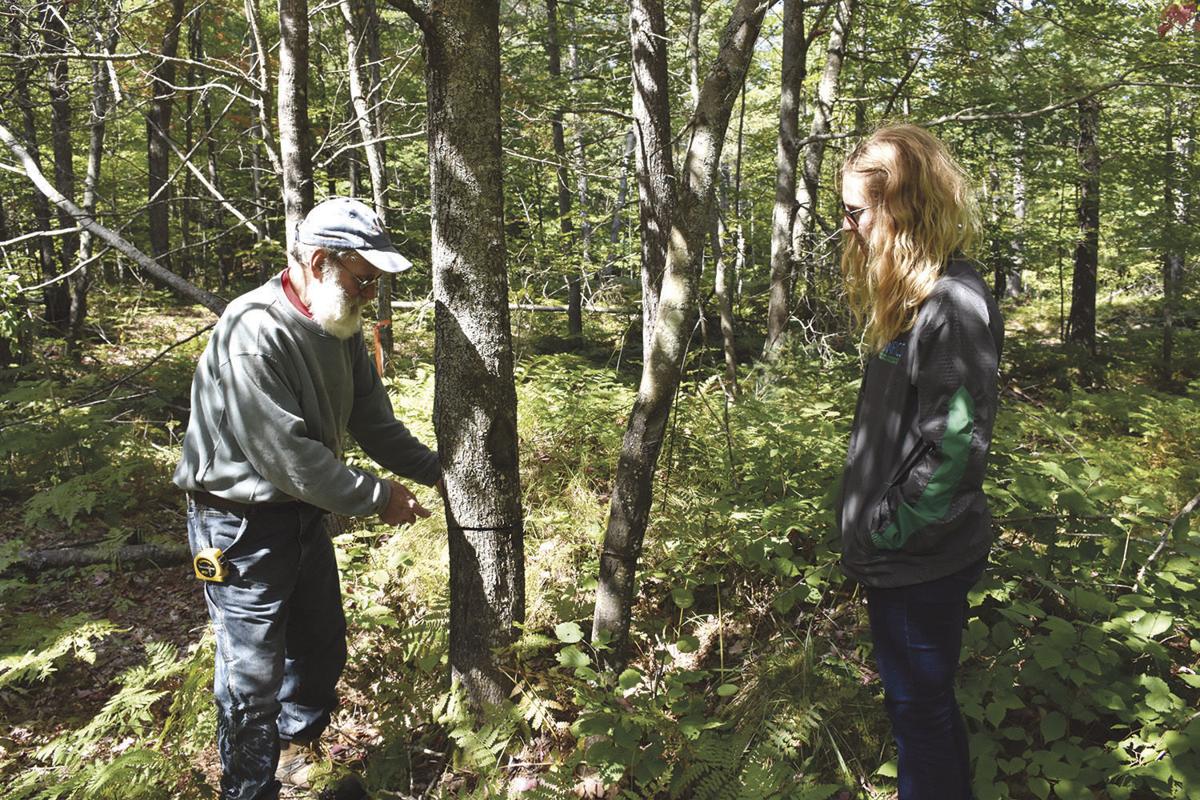 Joe Hovel and Celie Borndal with the Natural Resources Conservation Service inspect a tree in a stand where Conservation Stewardship Program practices are applied. 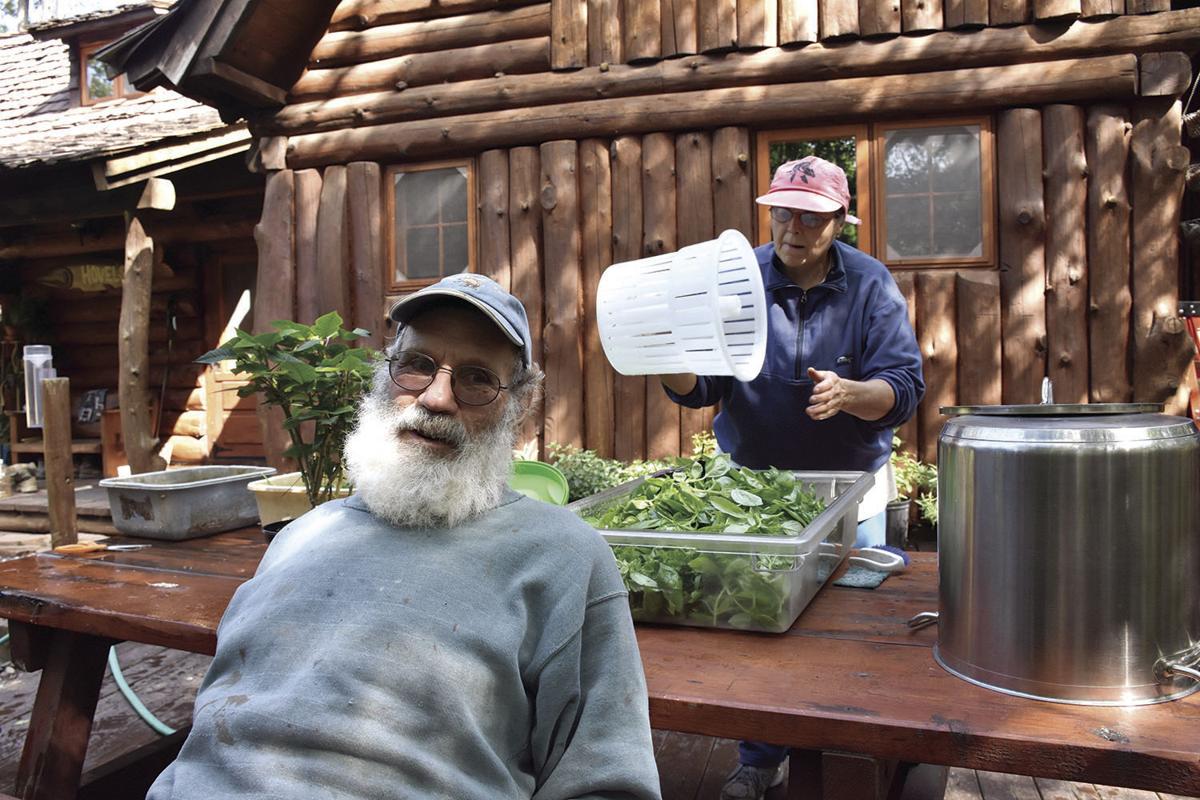 Joe and Mary Hovel of Conover, Wisconsin, work on plants harvested from their land. Joe Hovel says it's important to protect the 3,000 acres he owns and manages, keeping it economically viable and socially attractive for future generations. 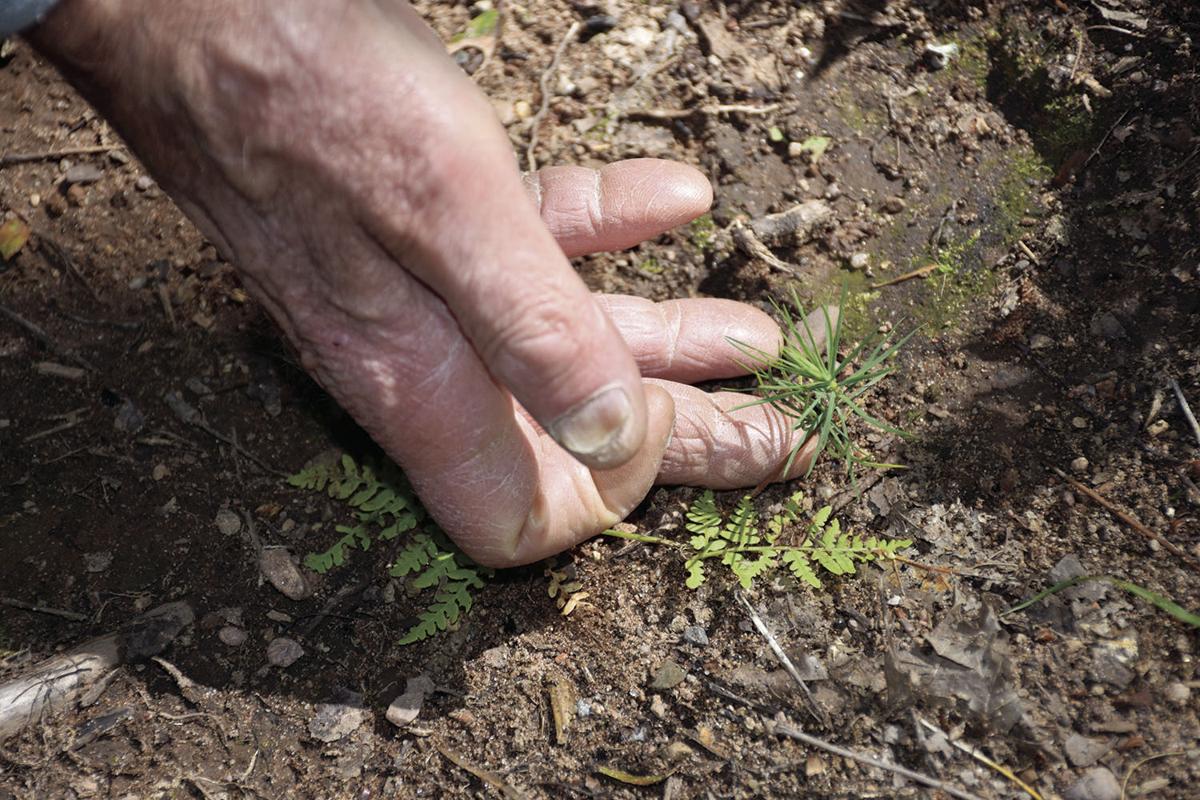 Joe Hovel and Celie Borndal with the Natural Resources Conservation Service inspect a tree in a stand where Conservation Stewardship Program practices are applied.

Joe and Mary Hovel of Conover, Wisconsin, work on plants harvested from their land. Joe Hovel says it's important to protect the 3,000 acres he owns and manages, keeping it economically viable and socially attractive for future generations.

CONOVER, Wis. — At their log home in the woods, Joe Hovel helps his wife, Mary Hovel, wash vegetables picked from their land.

The Hovels are Vilas County, Wisconsin, landowners who started decades ago working with their land to improve sustainability and natural resources. Joe Hovel, a professional log-home builder, said he knew when he was still in school that he wanted to use his hands to enter the building trade. The Hovels married young and bought 25 acres to start their shared dream.

“I’ve been self-employed my whole career, since 1970,” Joe Hovel said.

He obtained a sawmill and started building with wood — anything and everything area farmers and other landowners needed.

“Things really turned around in 1973,” he said. “I had a bunch of pine logs cut, and I owed the landowner stumpage. I couldn’t sell the stuff due to the recession, so I contacted a farmer I knew who did sawmilling. I was young, eager ... and asked if he still had the old sawmill.”

The farmer took him to see the sawmill, which had trees growing through it.

“The farmer said I could haul it out of there, and when I started making money with it, he wanted $1,000 for it,” Hovel said.

He hauled the sawmill 35 miles back to his own land and started repairs.

“I got the thing home by using an old tractor from my grandpa,” he said. “I set up the sawmill and utilized a (U.S. Department of Agriculture) Forest Service publication to get it running within a week. (Sawing logs) was so much fun; that’s all I wanted to do.”

He then explored adding value to the lumber he produced. He decided to build calf feeders and hay racks — and the business boomed.

“I had fun making the products bigger, better and stronger,” he said. “I was able to make one a day. And then the same farmers kept asking for more and more different things.”

He did jobs for others as well. One summer he made 50 picnic tables for a campground. As his business continued to grow, he decided to build a log cabin.

“This guy kept driving by as I was building the cabin,” Hovel said. “I finally waved him down. He asked what I was building. I told him I was building a cabin and was going to sell it. The guy said he wanted to buy it.”

Hovel sold his first cabin before it was finished. It wasn’t long before neighbors were asking him to build cabins for them.

“We built around 12 a year and worked year-round,” he said.

By fall 2017 he had built more than 250 cabins and full-time homes in central and northern Wisconsin. As the business thrived, the Hovels acquired more land. Today they own or manage about 3,000 acres of forestland in Wisconsin and Michigan.

“I’ve developed a pretty strong land ethic in my line of work,” Hovel said. “Conservation, to me, is the wise use and maintenance of our land for the future — using it wisely and leaving it so the next generation can use it wisely also.”

In 1979 he planted trees with technical assistance and cost-sharing from the Natural Resources Conservation Service. The Hovels’ home property of 396 acres features maple, oak, pine, aspen, birch and spruce trees.

“Mary and I feel responsible for the protection of water quality on our lake, the Wisconsin River and Pilgrim River in Michigan,” Hovel said.

The couple manages their land for multiple uses. They grow timber, and allow hunting and other recreation. They have clean water and inspiring beauty.

Hovel worked in 2014 with the Natural Resources Conservation Service to write a forest-management plan.

“Forest-management plans are really an affirmation of what your goals are as a landowner,” he said.

Celie Borndal, Natural Resources Conservation Service soil conservationist at Rhinelander, Wisconsin, worked with the Hovels. They made forest-stand improvements and prepared tree and shrub sites in the the Environmental Quality Incentives Program.

“(The Natural Resources Conservation Service) is here to really help landowners meet their forest-conservation goals while also do things right the first time for their private lands,” Borndal said.

Also through the Conservation Stewardship Program, Hovel in 2016 completed more forest-stand improvements for wildlife habitat and soil quality. He said they will continue to work to meet their natural-resource goals with Natural Resources Conservation Service help.